Toyota Supra With Bugatti Grille Is Almost Good, But a Speedster Is Perfect

It's safe to say that the Toyota Supra GR was an immediate hit. However, people wanted to know what else Toyota could do with the sports car body, and the second model year hasn't delivered any of those crazy styles we wanted.

So is it time to start begging for the targa and the speedster again?

We're not sure what the deal is with the middle air intake. Toyota's design language is one of the fussiest in the world, and while most will see that opening as a sort of F1 nose with vertical fins, artist Michael Grigorev squinted and saw a Bugatti.

Yes, we're talking about the maker of ultra-luxurious, absurdly fast hypercars in the context of a Toyota. But once you change the nose a little, the Supra really does look like an older Bugatti model. Everybody will see the resemblance to the Galibier, a failed concept that was supposed to preview a luxury sedan. But back maybe another decade, Bugatti had something called the EB112, another sedan-like thing, and that resembled the previous Supra.

We definitely don't want a Bugatti version of the Supra because it would probably be absurdly expensive. However, tuning companies wanting to make a name for themselves have performed such mods, and we're mostly thinking of the DAMD Toyobaru that resembled an Aston Martin. Just imagine the fun you can have with the plates on this: Fakegatti, Buyota, Supratti.

While the grille is simply for the laughs, we'd love to see Toyota build a Supra Speedster like the other rendering we're showing below. Even if they charge $30,000 more and it's limited to 3,000 units, that will still improve brand perception and give this decade another styling icon.

We know that the Supra platform is the same as that of the Z4, so an open-top version is possible. Unlike a regular convertible, the speedster might have no top or only a flimsy tent protecting its occupants. But that's still okay for a weekend toy. 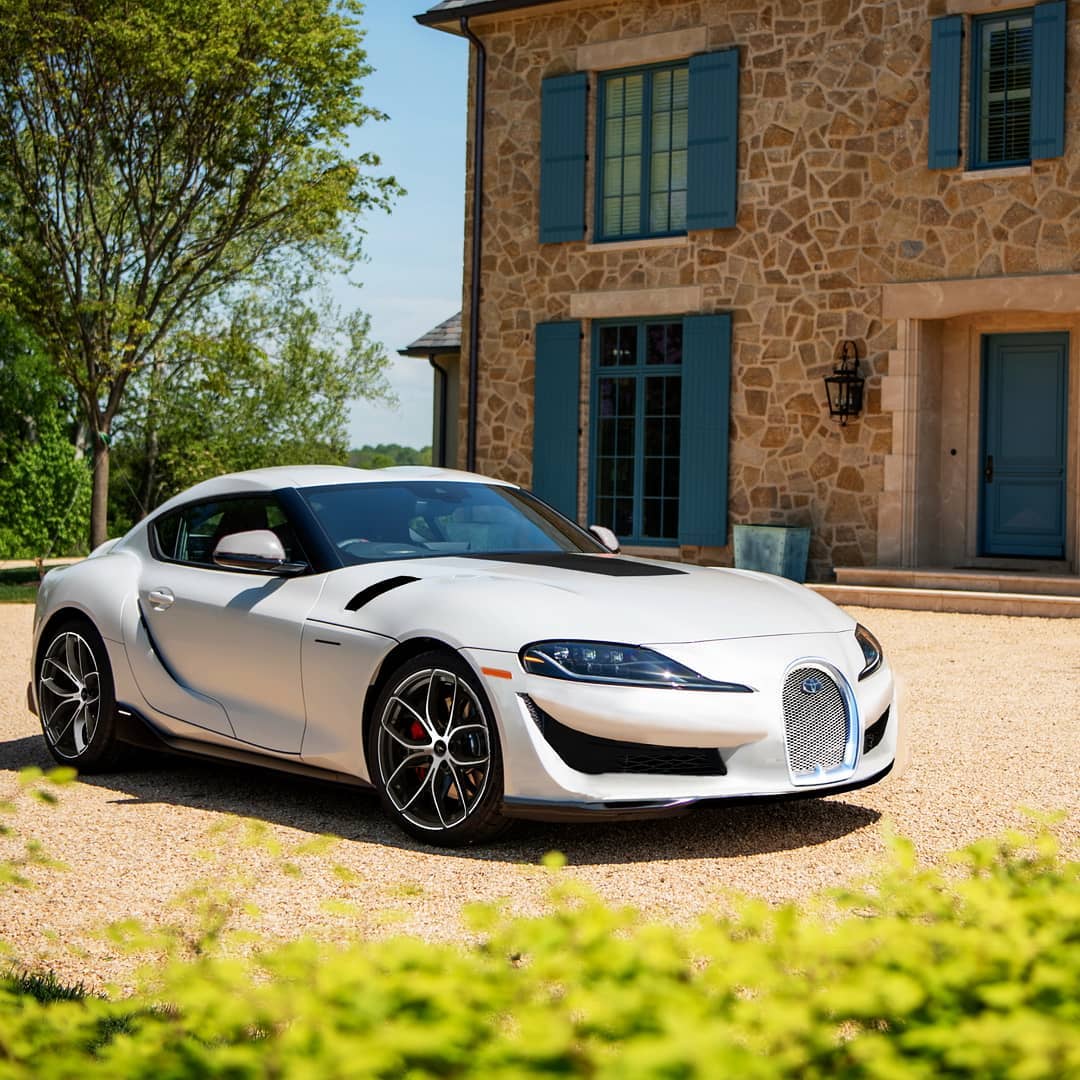 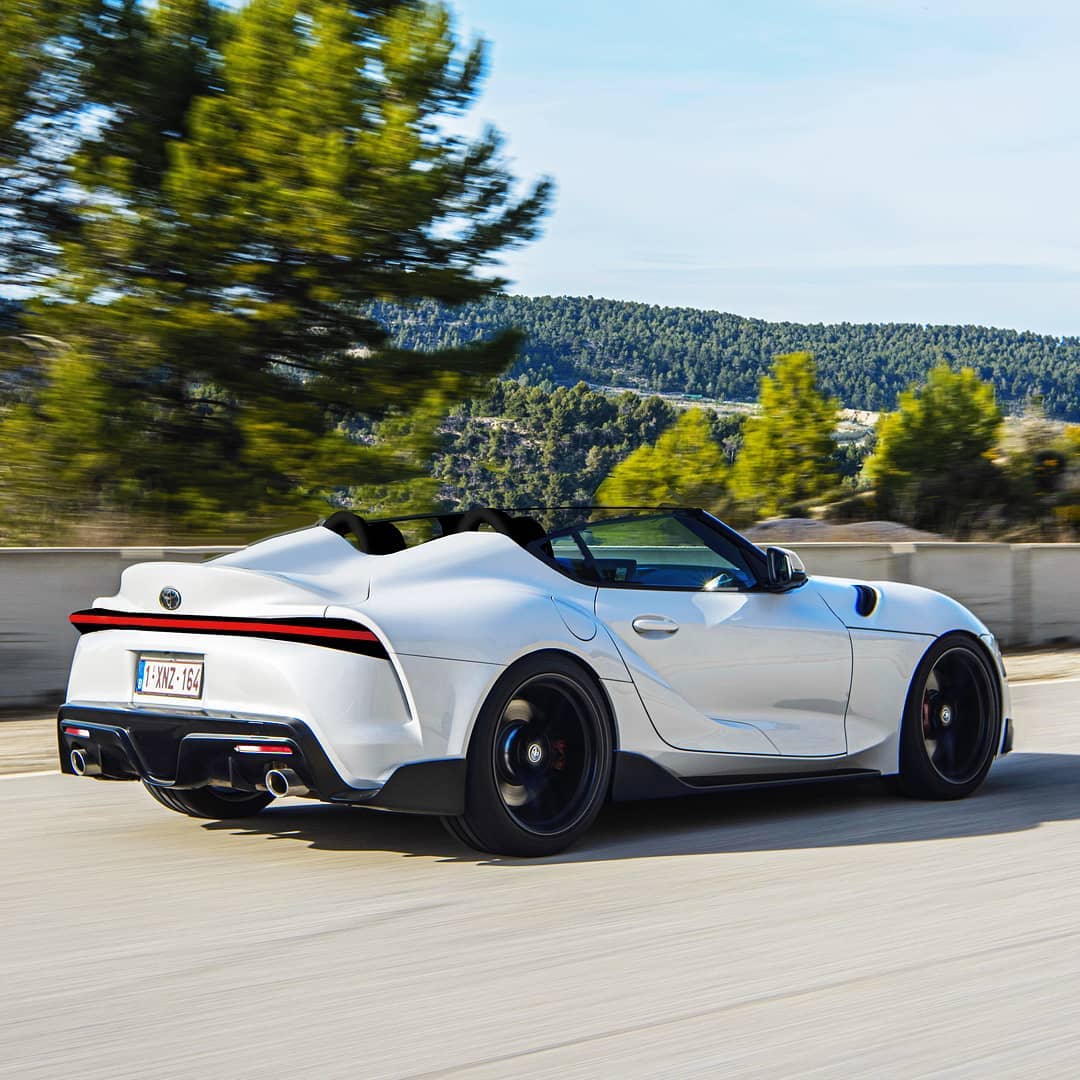