Bring back the big wing.

The Toyota Supra returned for the 2020 model year after a nearly 20-year hiatus. Toyota teased the Supra's return in 2014 with the FT-1 concept that laid the foundation for the new car's design. You can see the FT-1's influence in the production version, though, like most transitions from concept to production, Toyota watered down the design. But what if Toyota had gone with a bolder design – what would that look like? Well, new renderings from Octon shows us what that reality could be.

The renderings started with the Mazda RX Vision as the base and then heavily revised it from there, adding an assortment of design cues that'd pique the interest of any Supra fan. You can't even see the Mazda influence. The Supra MK5 features an extended front overhang, pointed nose, and elongated B-pillar that flows into the rear fascia. The headlights are sleek, and the lower fascia, while pointy and pronounced, isn't crazy with a wild splitter or gaping intakes. The low roof and pinched greenhouse add to the car's sleekness.

Along the side, there are large intakes cut for brake cooling. At the rear, the design is just as clean with the large dual exhaust tips pushed to the lower corners of the rear bumper. The taillights are simple, though the stand-out feature is the 90s-era curved wing that arches over the rear and spans from fender to fender. It pays homage to the fourth-generation model that helped cement the Supra as a performance icon. 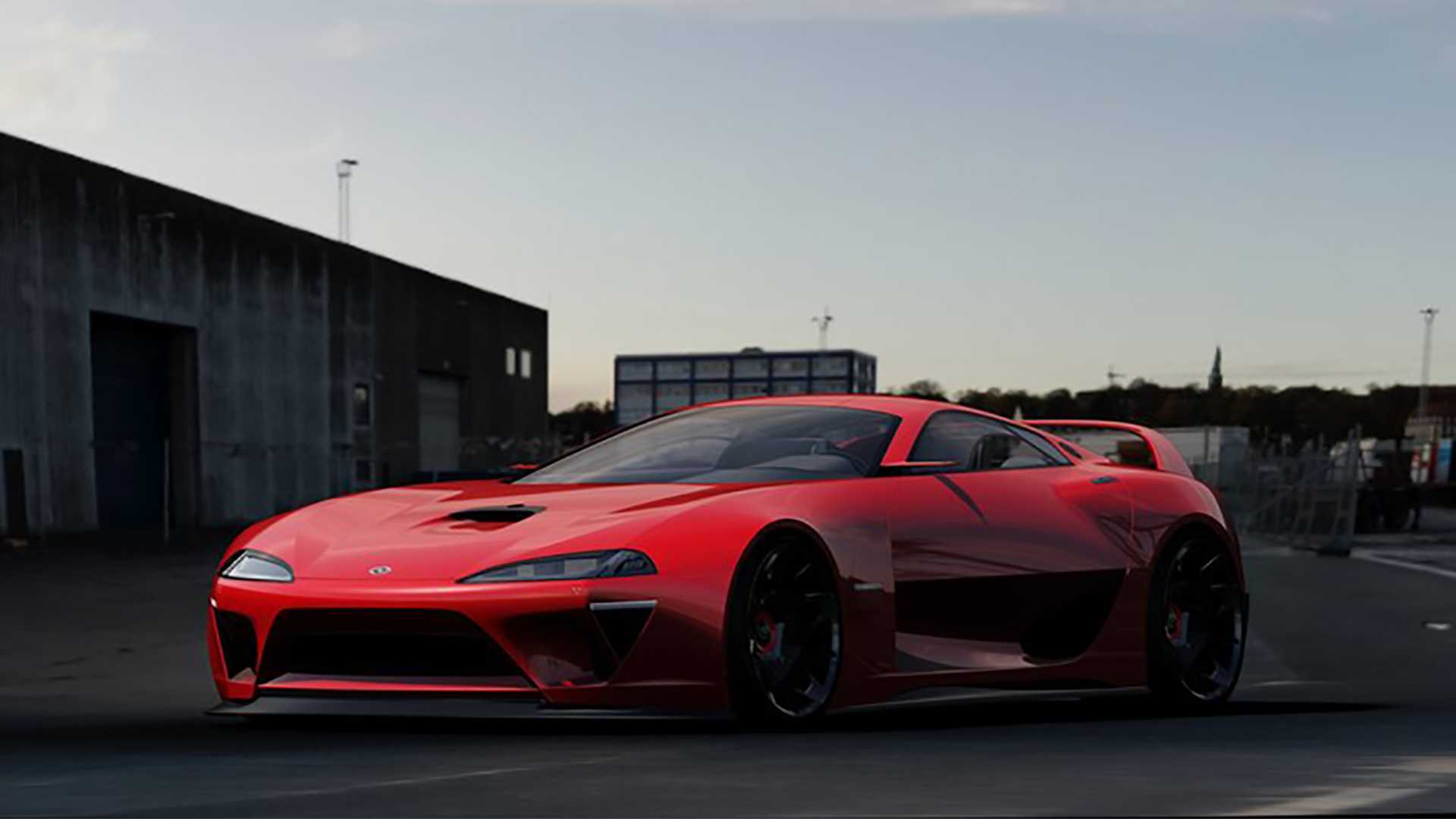