Uber charges rider over $14,000 for ride across Toronto When the bars close or a game or concert ends, Uber's surge pricing can be astonishing.

You might have your own horror stories, but they probably don't compare to that of a Toronto rider who claimed he was charged over $18,500 Canadian (about $14,400 USD) for a 20-minute ride, as reported by The Comeback.

My friend was charged 18K for a 20 Min ride (!), and they are sticking to it. What in the world??? This is insane! @Uber_Support @badassboz @Uber pic.twitter.com/RjFihVLKIC

According to Kennard, her friend disputed the charge, but Uber remained firm on the price. Eventually, though, Uber relented, admitting a mistake and refunding the ride. In a statement to The Comeback, an Uber spokesperson said, "There was an error and we have provided a full refund. We sincerely apologize to this rider for his experience. We have safeguards in place to help prevent something like this from happening and we are working to understand how this occurred."

Uber has created enough trouble for itself recently, including a lawsuit from Waymo, a sexual harassment scandal, an FBI investigation, a power struggle with its former CEO, and, most recently, news of a hack that breached the data of millions of users.

My friend was charged 18K for a 20 Min ride (!), and they are sticking to it. What in the world??? This is insane! @Uber_Support@badassboz@Uberpic.twitter.com/RjFihVLKIC 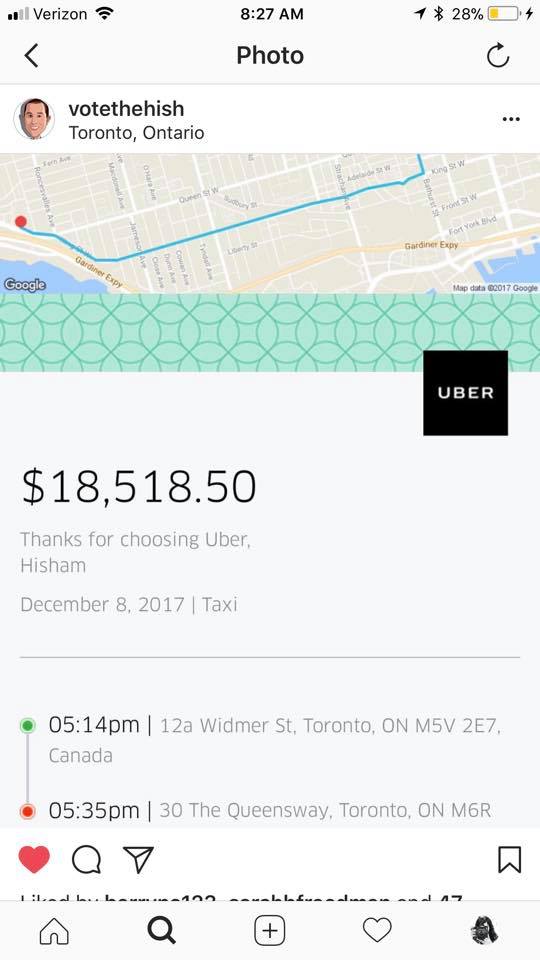