A "wolf in another wolf’s clothing," the VW Korama is a one-off concept car styled by the man behind the Mad Max: Fury Road cars.

Volkswagen Commercial Vehicles unveiled the facelifted Amarok some months ago and now the revised ute is ready for Australia. In a bid to boost the pickup's exposure in the Land Down Under, VW has decided to take the V6-powered version and give it a menacing look inspired by the cars created for Mad Max: Fury Road. As a matter of fact, the sinister military exterior with its arctic camouflage wrap was created by the same person responsible for designing the vehicles for the fourth movie in the Mad Max franchise.

Dubbed "Korama," the one-off Amarok wears an entirely new body described as being "battle armor" and created over the course of just five weeks. Once the makeover was done, VW Australia gave it to professional drivers to take it on various roads across the continent as a way to grab the attention and make everyone wonder what's hiding underneath the newly designed panels. Speaking of which, the Amarok was actually stripped down entirely in order to make room for the bespoke bodywork specifically created for the unique vehicle.

The VW Korama is now part of the company's marketing campaign for the V6 Amarok facelift, which is already a hit in Australia where more than 7,300 customers have lined up to get one even before the ute's arrival. The highlight would have to be underneath the hood where a turbodiesel 3.0-liter V6 pumps out 224 horsepower (165 kilowatts) and 406 pound-feet (550 Newton-meters) of torque. There's also an overboost function adding an extra 20 hp (15 kW) that will come in handy when overtaking or going up a steep hill.

VW Australia wanted to do things a bit differently with the V6 Amarok's launch campaign and with the menacing Korama "top secret concept car" it hit the nail on the head as the vehicle has been getting a lot of attention in the local media. 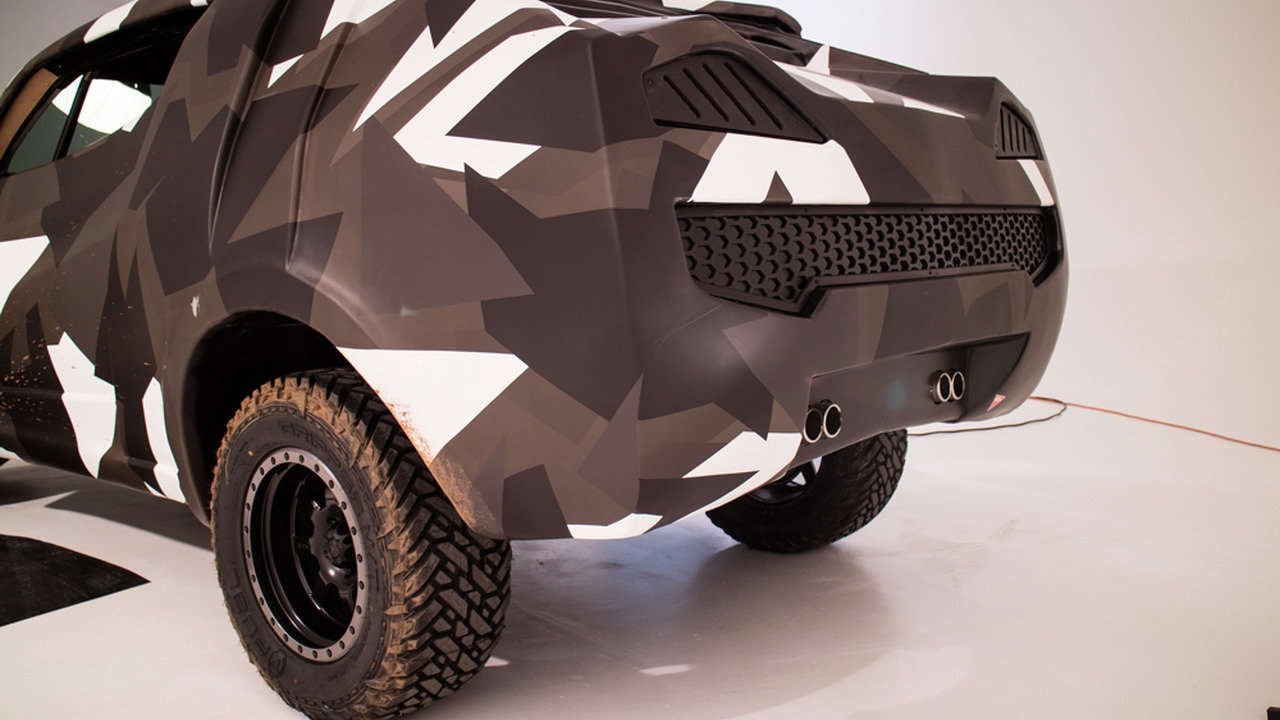