When Toyota Introduced a Whole New Vehicle Idea - The Concept-i Three years ago, Toyota came at us once again with a new vehicle for a possible near future. Presenting a car that offers a level of integration like none other.

The 2017 CES gathering brought with it a major turning point for auto manufactures. Among some known automobile manufacturers was Toyota with its Concept-i. But what is the Concept-i?

What we've been told is this. The Concept-i is looking to revolutionize the way we interact with our cars and how our cars, in turn, interact with us.

Now, what we are looking at even looks like it's from the future, and it most certainly is. The Concept-I is a vehicle that is made for a society that doesn't exist yet, hence the concept bit. But that doesn't mean that Toyota and other auto-giants like BMW, can't dream of vehicles that may one day restructure the very world we live in, or rather be there for when we are ready.

Current technologies seem to integrate the user on a very personal level, and that's one of the goals of the Concept-i. Aside from design, which we'll talk about later, the major focus of the concept is the fact that it includes artificial intelligence as part of the operations. Now, I know what you're thinking "I don't think we're ready to put this stuff in our cars." May be true, but that doesn't mean we can't dream of the idea and even go beyond this and begin to tamper with its applications. It seems that's truly what the Concept-I is, an idea.

If you have a look at this car, the only thing really telling you that it is a car are the wheels and maybe the windshield, but then again lots of things have windshields, like the E4U for example, but unlike the E4U, this one looks doable.

Sleek lines and very few edges give it a sort of a Bladerunner feel. The front of the vehicle seems to show us a quirky smile with a seemingly lacking engine compartment and a large windshield that extends over the top and to the rear of the vehicle as well.

The sides, as you can see in the gallery, offer the same large coverage as the windshield and also make up the doors. Unlike traditional doors, the two large front panels open much like those on supercars. By swinging on a joint above the front wheels, the doors open toward the front of the concept. The rear doors lift in the opposite direction. A feature of the Concept-i is that she can display messages on the side-panels.

The rear of the car has some sort of arrow-head work on it, of which the functionality is a mystery, doesn't mean it doesn't look cool. But there is some functionality on the rear, as is normal for a car. A large oval panel on the rear display's information such as direction of turn, stopping, and even 'hazard' lights.

About the interior, I don't even know where to begin. It just looks like a spaceship. Honestly, like you're on board of the starship Enterprise. Even the arm rest looks more like a piece of furniture I would find in a fashion designer's home.

As I said in the beginning this vehicle includes an A.I. Its name is Yui and lives in your dashboard. This system is meant to be able to achieve full autonomous drive, meaning you can just entertain your guests while going to the club. Aside from this Yui can and will learn. Its main subject being you.

That's right. Yui is constantly studying you to learn to offer you a better and safer ride. For example, it detects if you are happy or sad and adjust navigational controls to get you to your destination safely, even taking over full control of the drive. This autonomy functions on an exaggerated application of all safety feature that the vehicle comes equipped with. Meaning it's actually driving you around in 'safe' mode.

But is that something we humans are ready to handle? To put our lives in a machine's hands? It seems we barely trust other humans, let alone something like Yui. 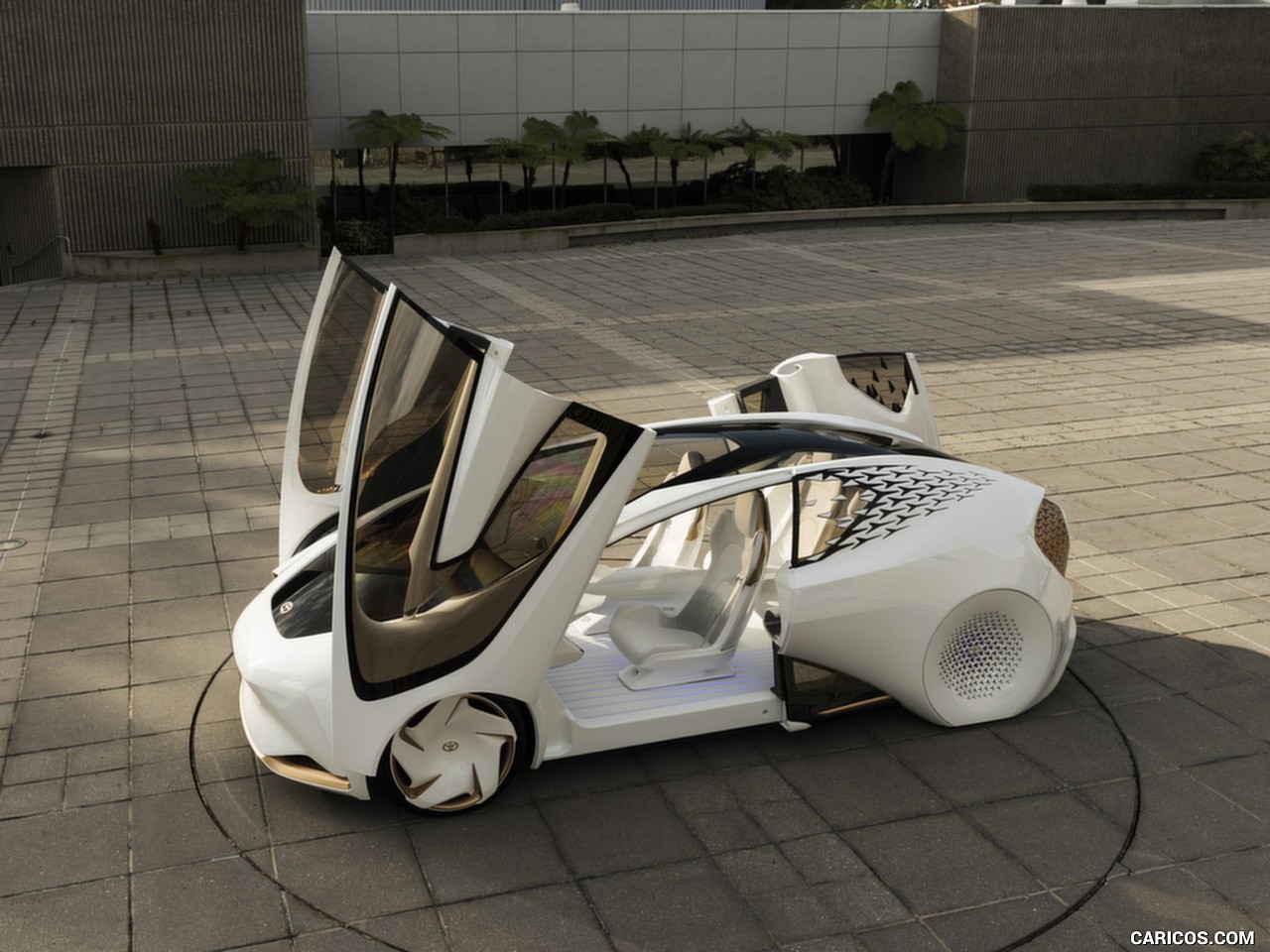 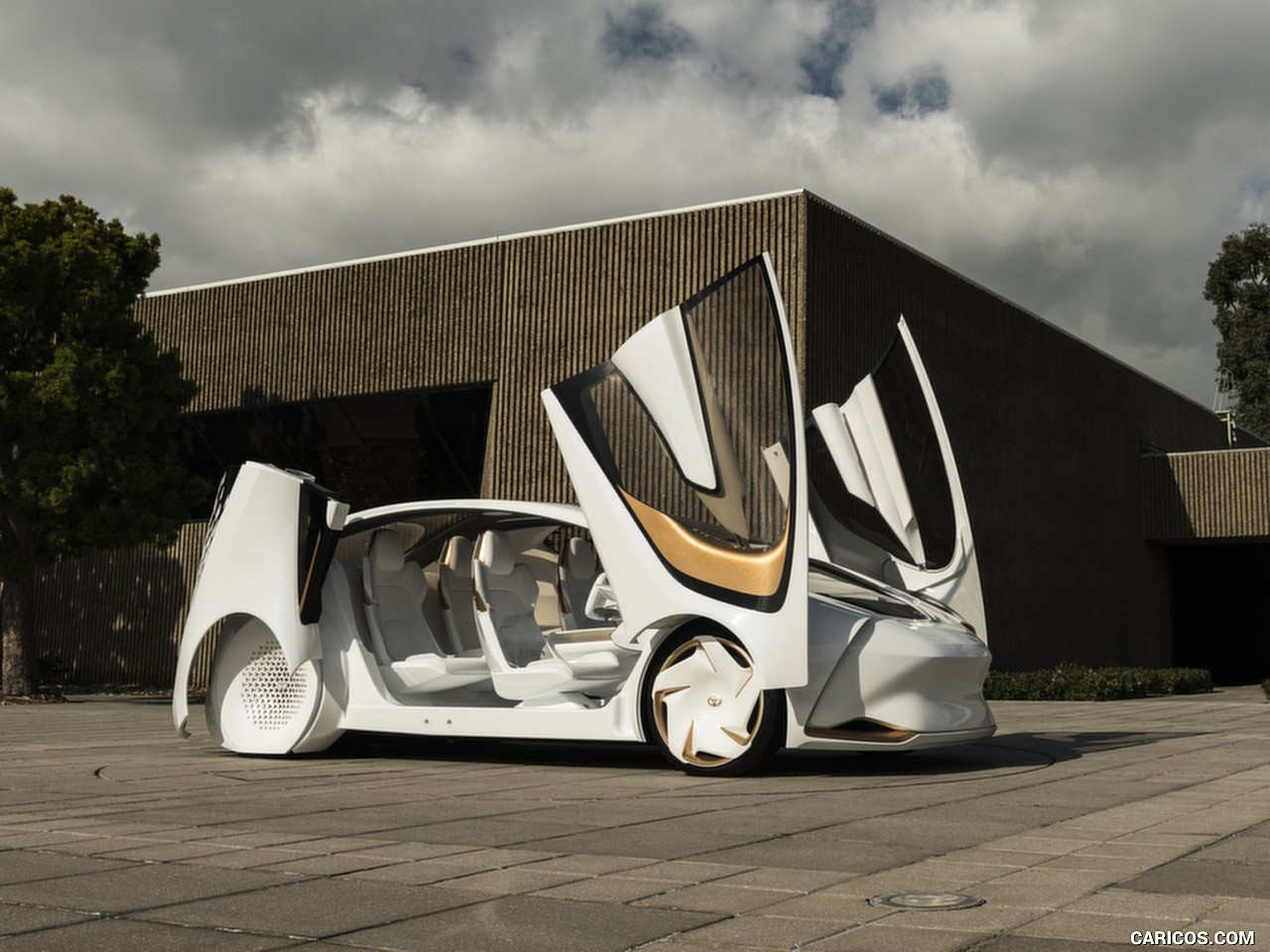 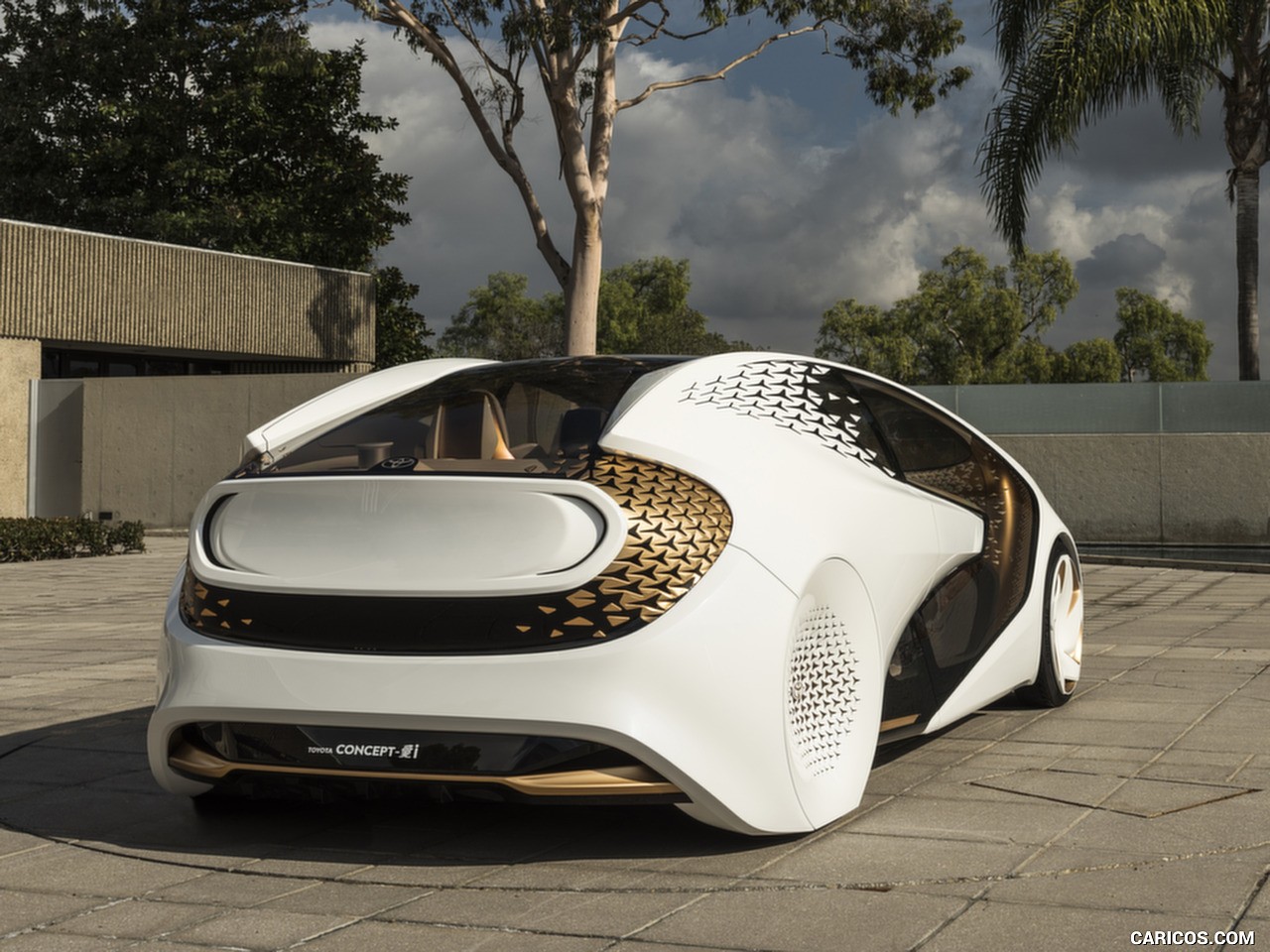 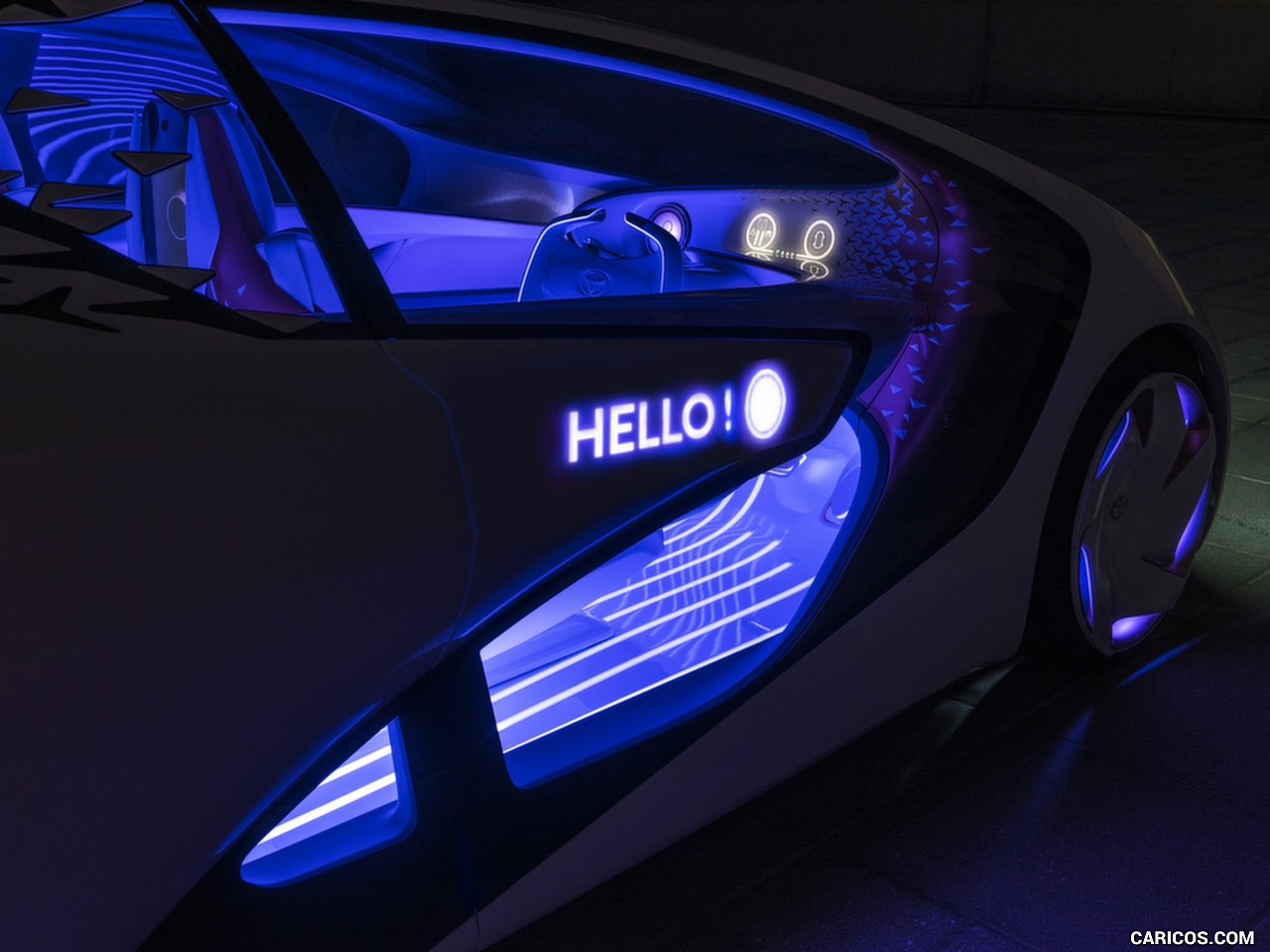 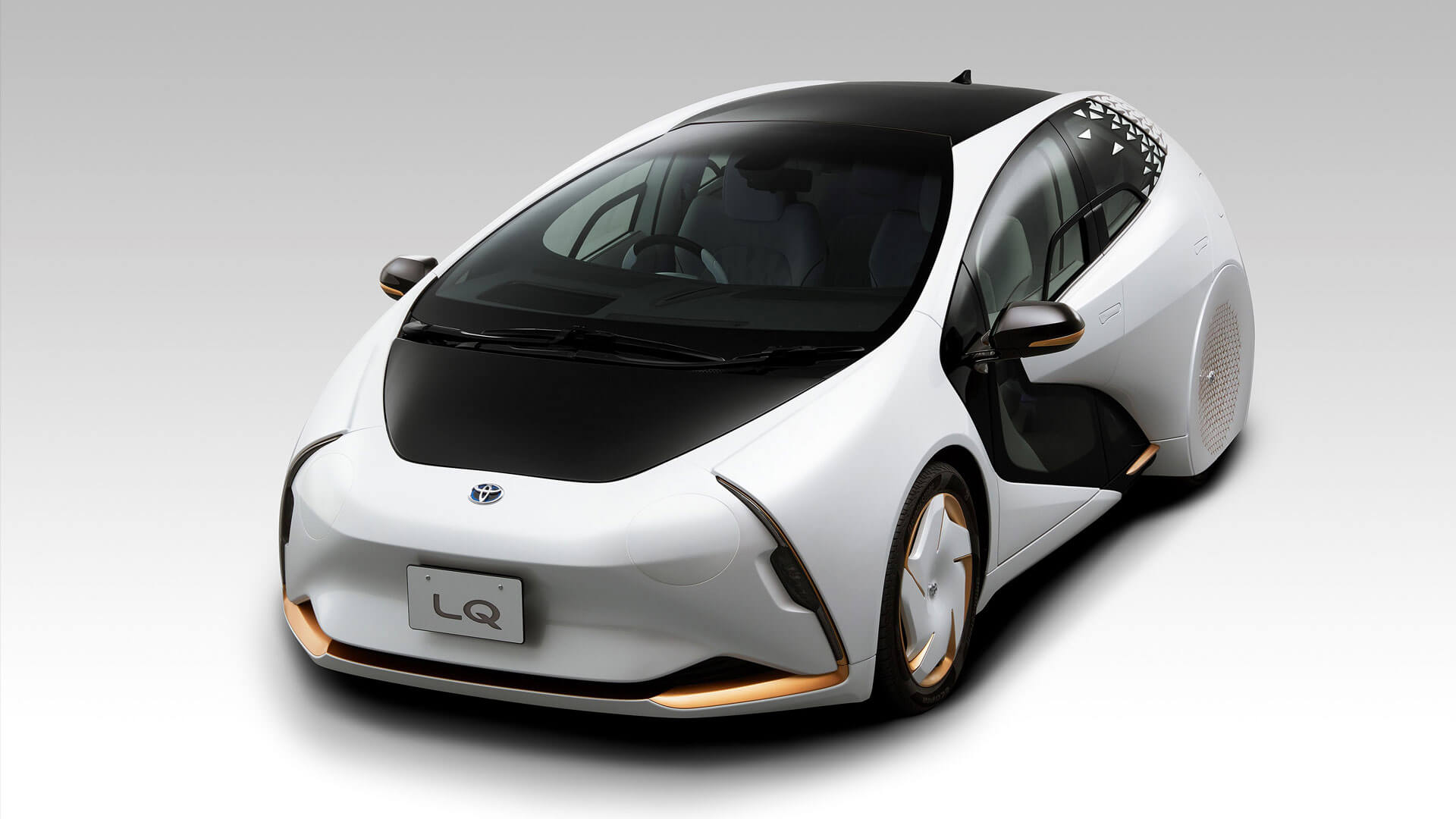