It's no secret that the average car design has become increasingly aggressive over the past decade.

And while that description covers factory styling, it's safe to say that the aggression level of tuner rides has followed a similar path. Fortunately, though, there are certain styling specialists, be they designers working for big names in the industry or various artists, who continue to come up with happy faces. Case in point with this widebody Mazda Miata rendering.

We're looking at the NA incarnation of the MX-5, the one that started it all. This little thing has always had a joyful face and the aftermarket bits portrayed here, fortunately, don't change that.

For one, we're talking about what might be considered a moderate approach. As such, the Miata has been gifted with a widebody kit and this keeps things civil. As for the wheels found inside those arches, these aren't your screaming-design, super-sized rims, keeping things nice and simple instead.

Then we have the compact lip spoiler that makes up the chin of the Japanese roadster, whose black finish is matched by the dark tint covering the non-pop-up side of the front lights. Speaking of which, you might want to know what's going on with the graphics on the left headlight.

Well, let's hear it in the words of jdmcarrenders, the digital label that brought us these pixels: "I added this Japanese wave graphic on the headlight cover, as I remember seeing something like this as a hood [design] on someone's car,"

Of course, the slammed nature of the vehicle also plays a role in changing its appearance, which is something we can also say about the vented hood.

Oh, and let's not forget that pearl white finish of the Mazda, which seems to go really well with the factory styling of the Miata. 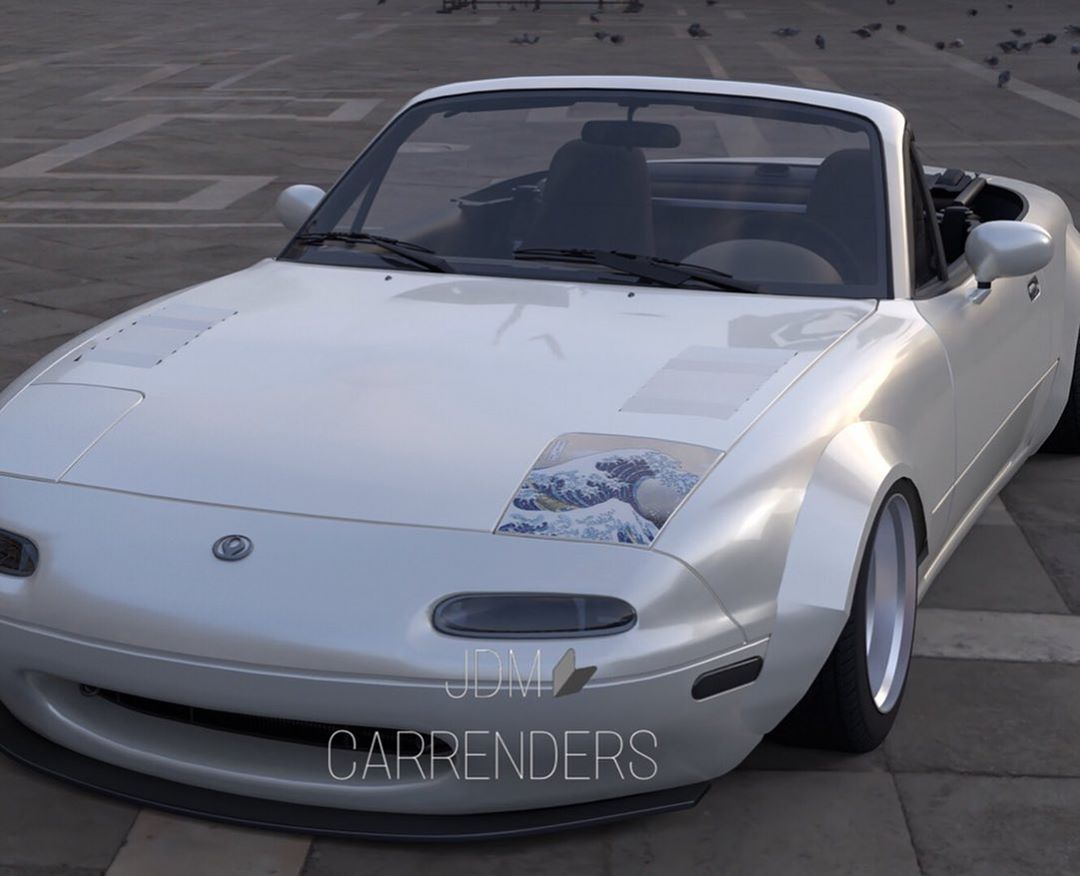 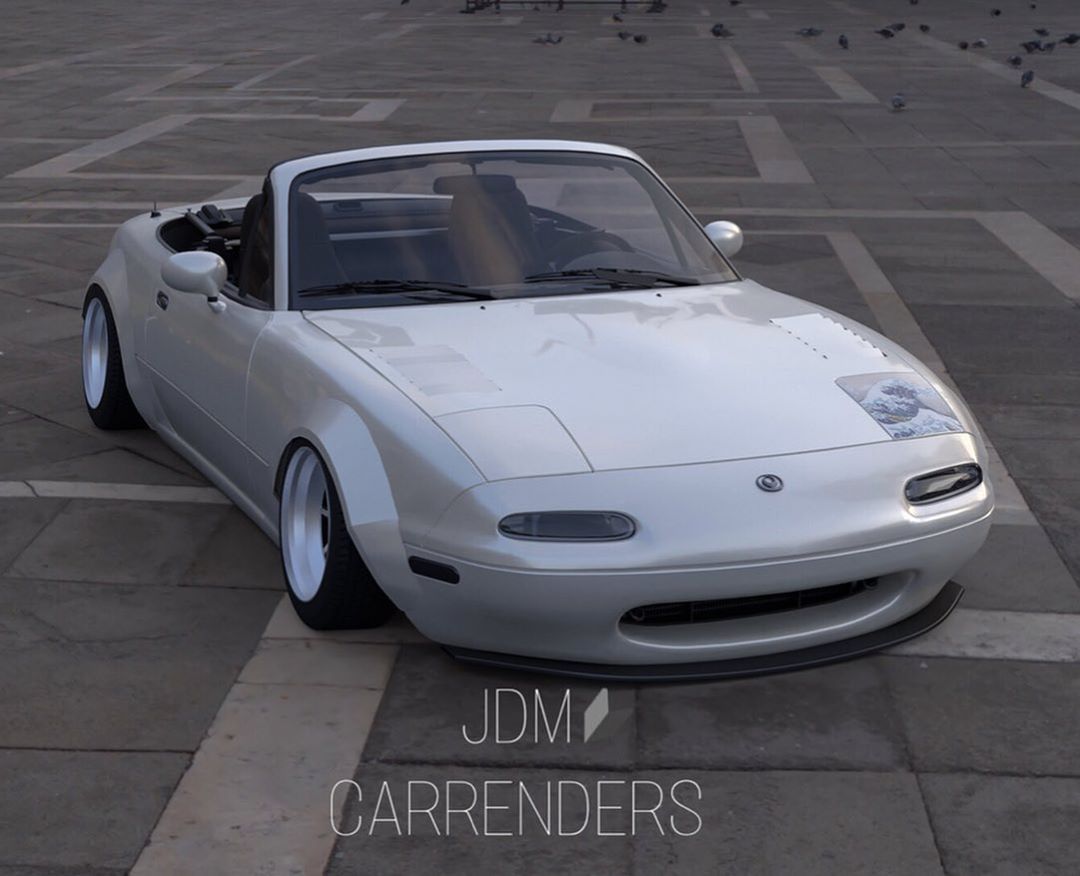