No, it’s not April Fools’ Day.

Pair a robust all-wheel-drive system with a big, powerful engine, and you'd have a potent off-road machine. But Lamborghini and its supercars are rarely the type to throw caution to the wind and hit the dusty trails. However, that hasn't stopped Lamborghini from at least imagining such a possibility. Today, the company unveiled a one-off concept for some off-road fun—the Lamborghini Huracán Sterrato. The wheel arches, light bars, and raised suspension give the Lamborghini concept its proper off-road style.

Underpinning the Huracán Sterrato concept is the Huracán Evo, including the same 640-horsepower, naturally aspirated 5.2-liter V10. Also from the Evo is Lamborghini Dinamica Veicolo Integrata (LDVI), the brain of the supercar. LDVI controls several of the Sterrato's vehicle systems such as four-wheel drive, four-wheel steering, torque vectoring, and more, using predictive logic to anticipate the driver's next moves. However, Lamborghini calibrated LDVI for off-road driving, enhanced rear-wheel drive behavior, and improved traction and acceleration.

The Sant'Agata automaker also upgraded the Sterrato's hardware, too. Engineers raised the ride height by 1.85 inches (47 millimeters), improving the approach and departure angles. The aggressive stance comes from widening the front and rear track by 1.18 inches (30 mm) with the 20-inch wheels, wrapped in balloon tires, tucked under the new widebody wheel arches.

Underneath, Lamborghini added a rear skid plate that acts as a diffuser for added underbody protection. At the front, there are aluminum reinforcements integrated into the frame, which are protected by an aluminum skid plate. Other protective features include aluminum-reinforced side skirts, protective composite bodywork around the engine and air intakes, and carbon fiber and elastomeric resin mudguards.

For right now, the Lamborghini Huracán Sterrato is a one-off off-road concept with zero plans for the creation to enter production. However, it could be a way for Lamborghini to gauge consumer interest. The company has had brief forays into rally racing, and it did build the LM002. And today, Lamborghini has the Urus. Maybe an off-road oriented coupe is possible. 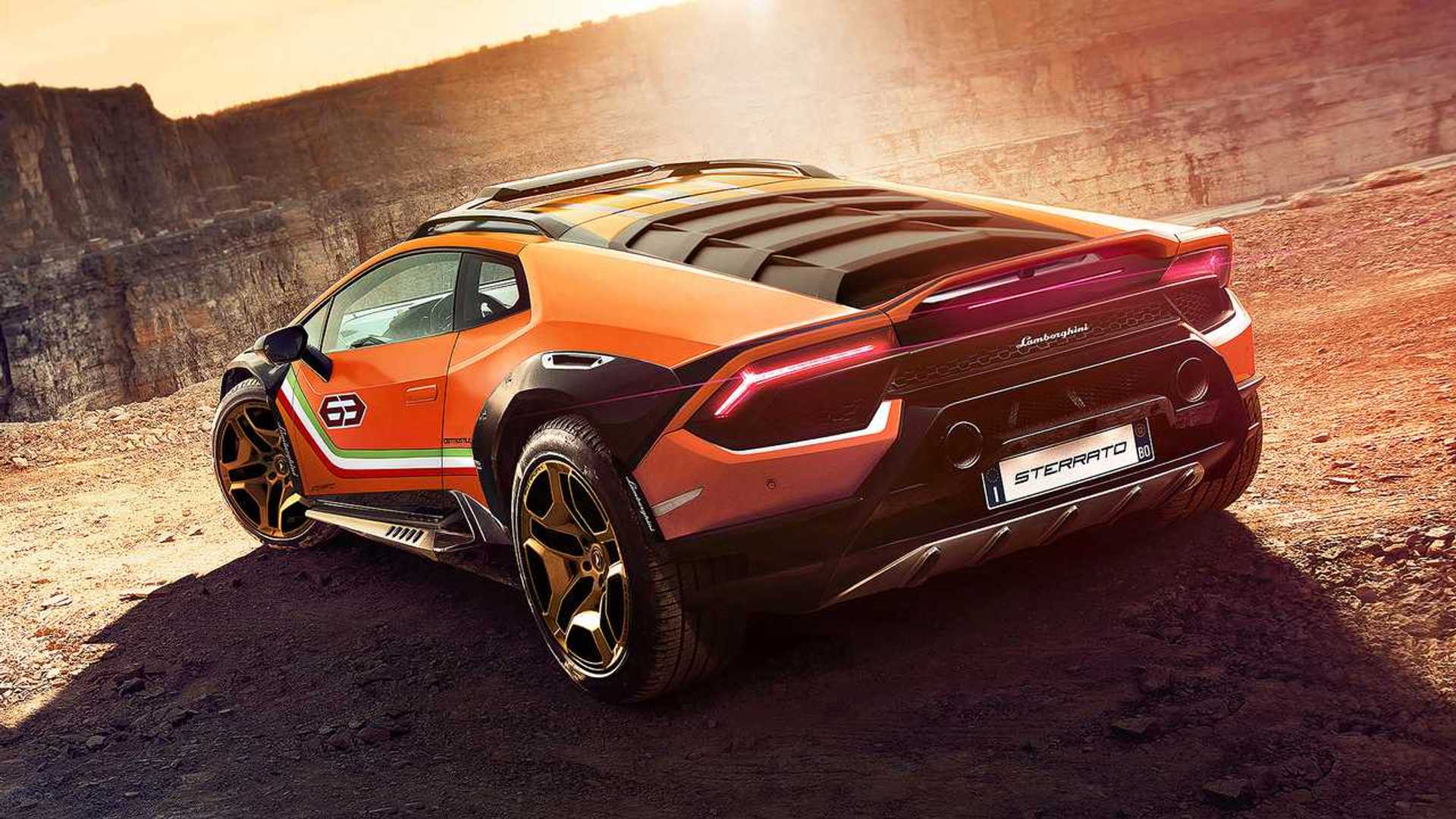 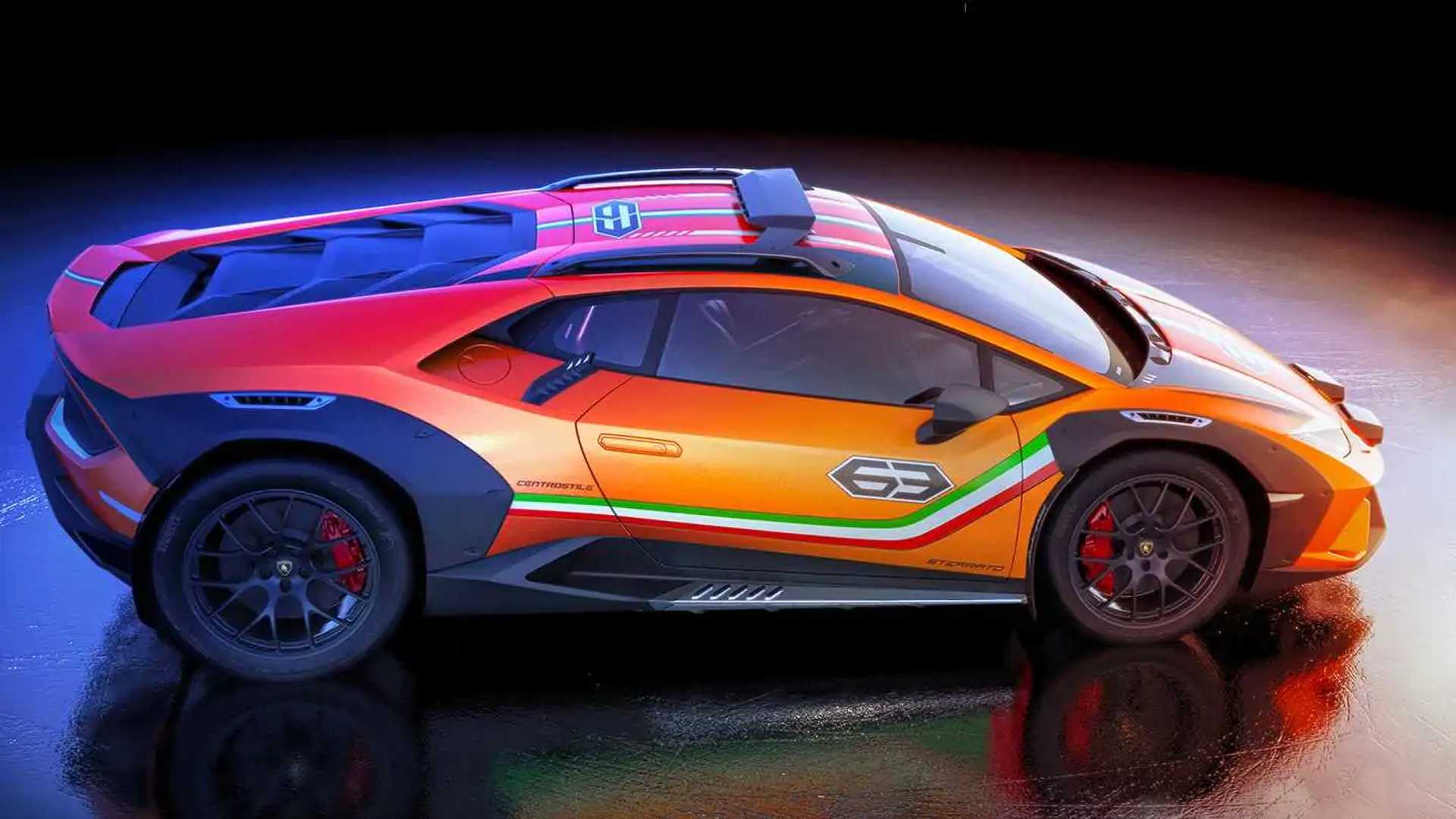 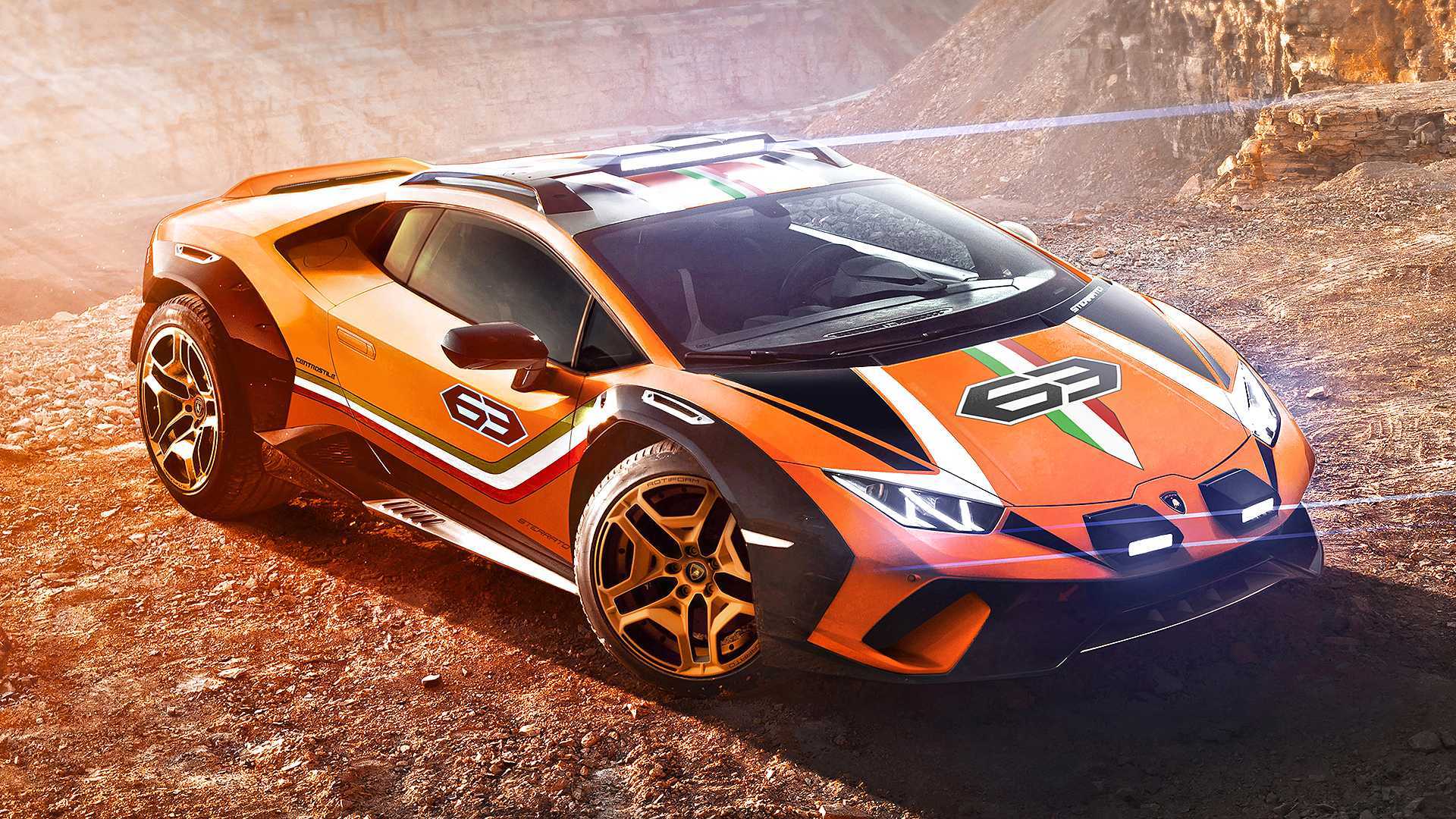 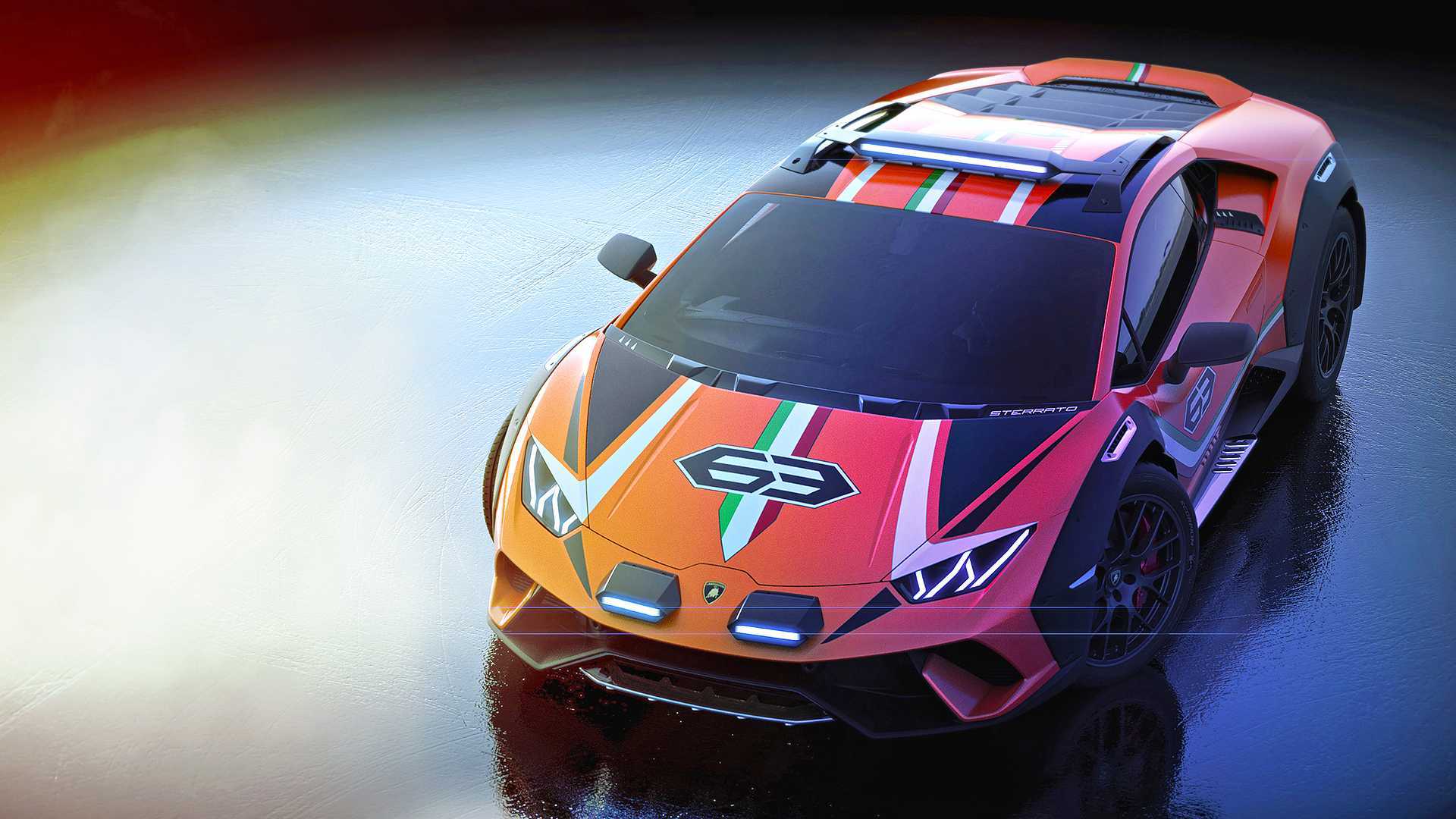 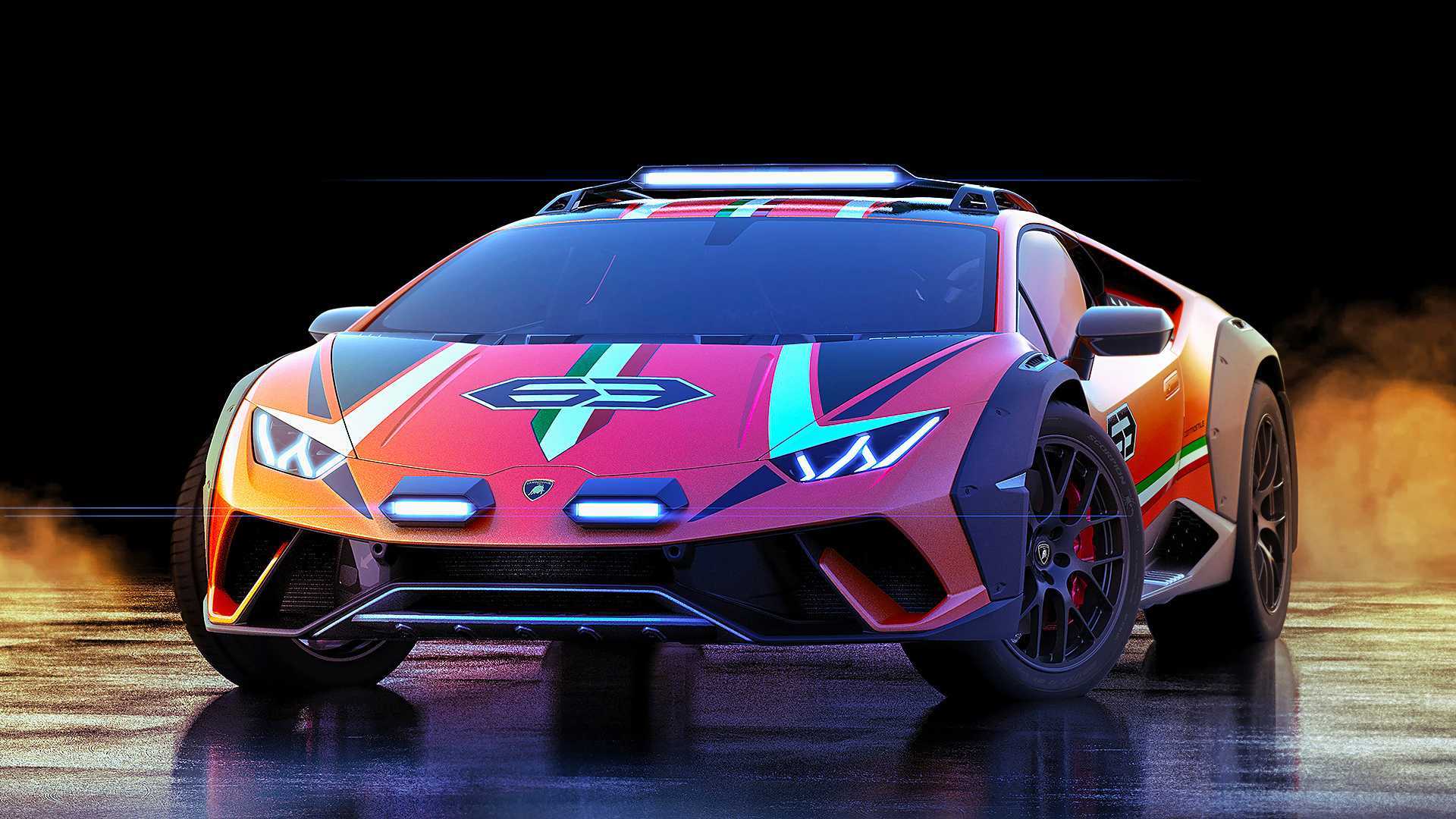 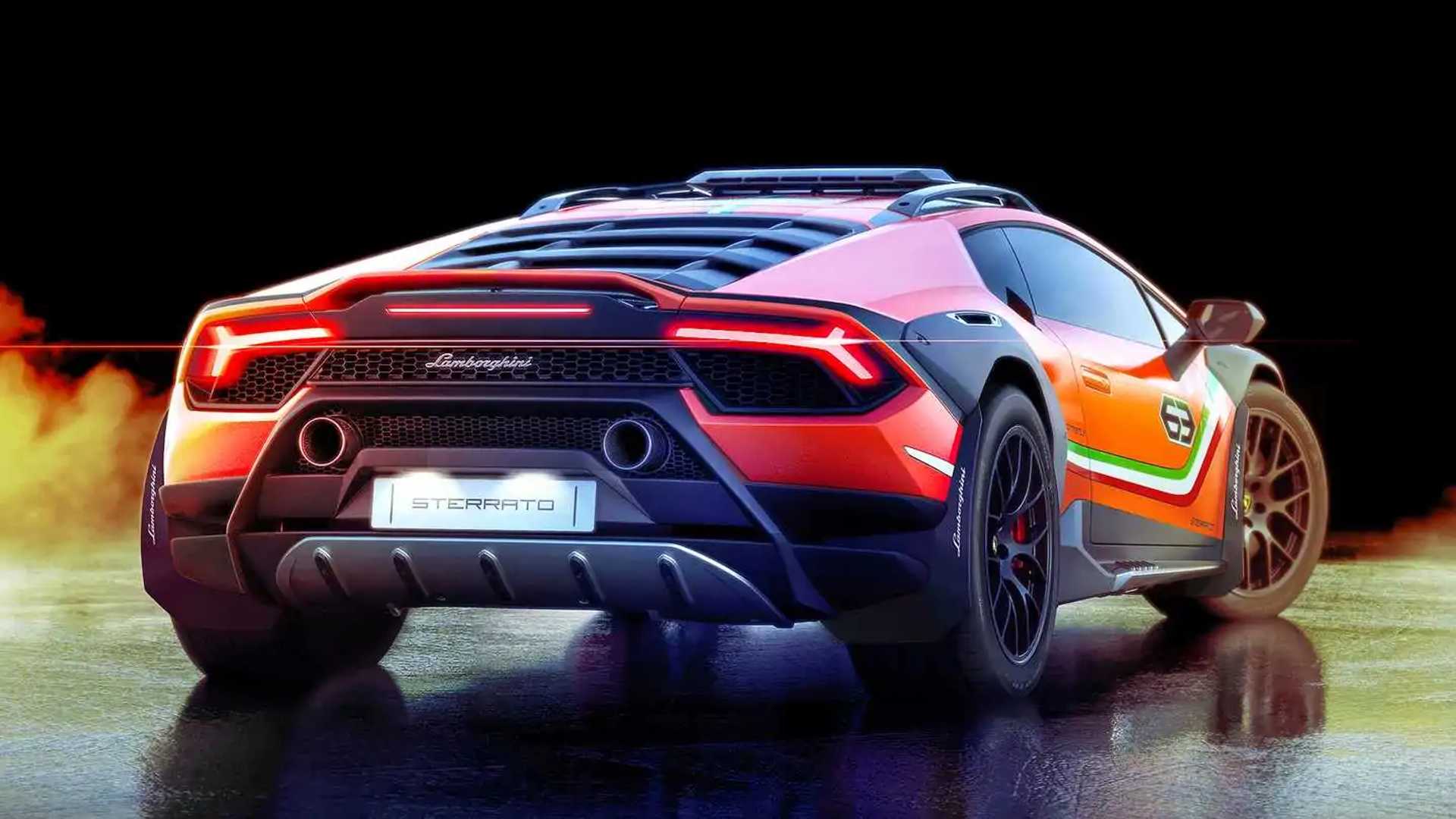