Less than a week after teaser drawings were released, the 2021 Kia Optima midsize sedan has been revealed in the form of the South Korean-market K5. The overall design matches the renderings closely, giving the car a more aggressive look, but it is still clearly an Optima. The company hasn't revealed the car's interior and mechanical specs, though.

The front of the new Optima is more blunt with a grille that leans forward almost like that of a Dodge Charger. The headlights blend into the grille, and it has parts that trail off into the fenders. The grille has a three-dimensional mesh that Kia says was inspired by the rough texture of shark skin.

The sides of the car feature modest curves to give it a muscular look. The greenhouse has a similar shape to that of the current car, with fastback rear pillars and tall rear quarter windows. Chrome bars trace the roof rails to the base of the rear pillars like on the current car, but now they meet in a curve around the top of the trunk lid. At the back is the most significant departure from the current car, a full-width taillight bar.

With the car revealed in South Korea, it probably won't be long before we see the American-market car revealed. Under the skin will probably be the same powertrains as those in the new Hyundai Sonata. That means a choice of either a naturally aspirated 2.5-liter four-cylinder engine making 191 horsepower or a turbocharged 1.6-liter four-cylinder making 180 horsepower. Both will be coupled to an eight-speed automatic. Expect hybrid variants and possibly a more powerful turbo 2.0-liter engine coming down the road. 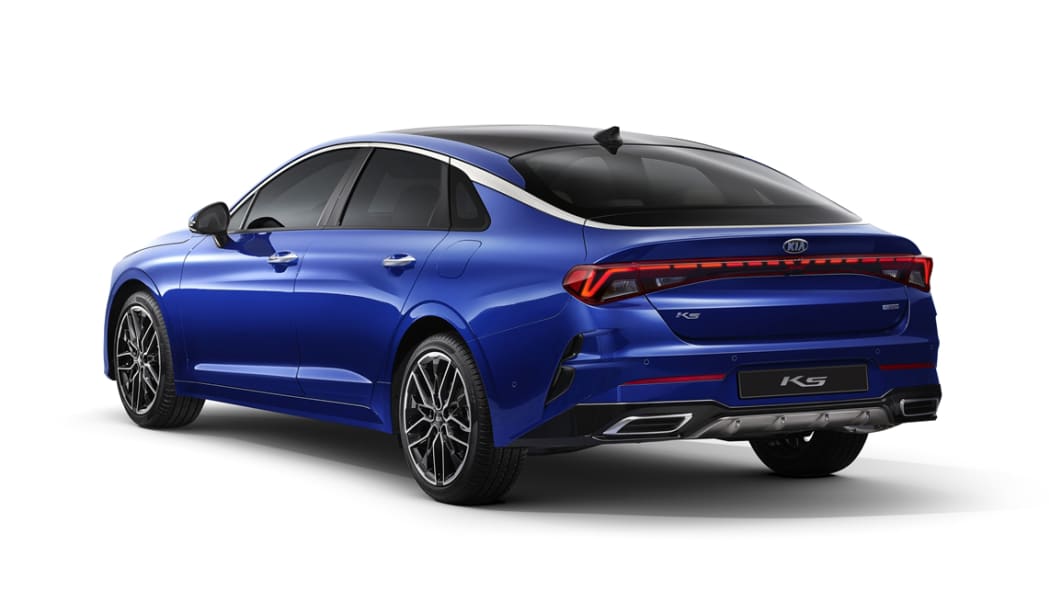