Is This The 2021 Toyota Hilux Facelift? We've known for a while the Hilux would be getting a mid-cycle refresh in 2020, and today we might be finally looking at it. First brought to our attention by Instagram user Kurdistan_automotive_blog_, the adjacent renderings were also sent to us via e-mail by the website that actually claims to have leaked images of the updated truck, Milele Motors.

While we can't vouch for the authenticity of these images since they're not coming straight from Toyota, Car Advice claims these could possibly be renderings based on internal photos of the 2021 Hilux. The Australian publication goes on to mention the real thing might not look "as dramatic" as what is being shown in these renderings, but the imminent update for the workhorse is said to be a "heavy facelift" rather than the typical nip and tuck.

Expect the styling changes prepared for the Ford Ranger competitor to take after the Tacoma, which we're kind of seeing in the design of the new headlights. The leaked images claiming to show the 2021 Hilux reveal two headlight designs, one for the lesser trims with a combination of halogen and LED along with another configuration for the high-end models with a full-LED setup. The revised taillights are also of the LED variety, but it appears the turn signals are still stuck with halogens.

One of the images shows the color palette with three new shades – Emotional Red, Dark Blue, and Oxide Bronze – and we can also see two alloy wheel designs in 17- and 18-inch sizes. Some of the exterior trim pieces come painted in basic black or metallic black depending on the trim level, and there are likely some changes inside the cabin as well.

It is believed the 2021 Toyota Hilux will get a minor power bump when equipped with the turbodiesel 2.8-liter engine, which currently produces 174 horsepower (130 kilowatts) and 450 Newton-meters (332 pound-feet) of torque when linked to the automatic transmission and 174 hp (130 kW) and 420 Nm (310 lb-ft) when it's hooked up to the manual.

A recent report claims there's going to be an amped-up GR Hilux with an all-new turbodiesel V6 offering loads of torque channeled to a 4x4 system. The performance truck is said to benefit from suspension and chassis upgrades, along with quite possibly stronger brakes and a few design tweaks to separate it from the lesser models.

In the long run, we've heard through the grapevine Toyota might decide to merge the Hilux with the Tacoma and sell the pickup truck as a single global model. The revamped Hilux is not due before 2023, so a lot could change until then. 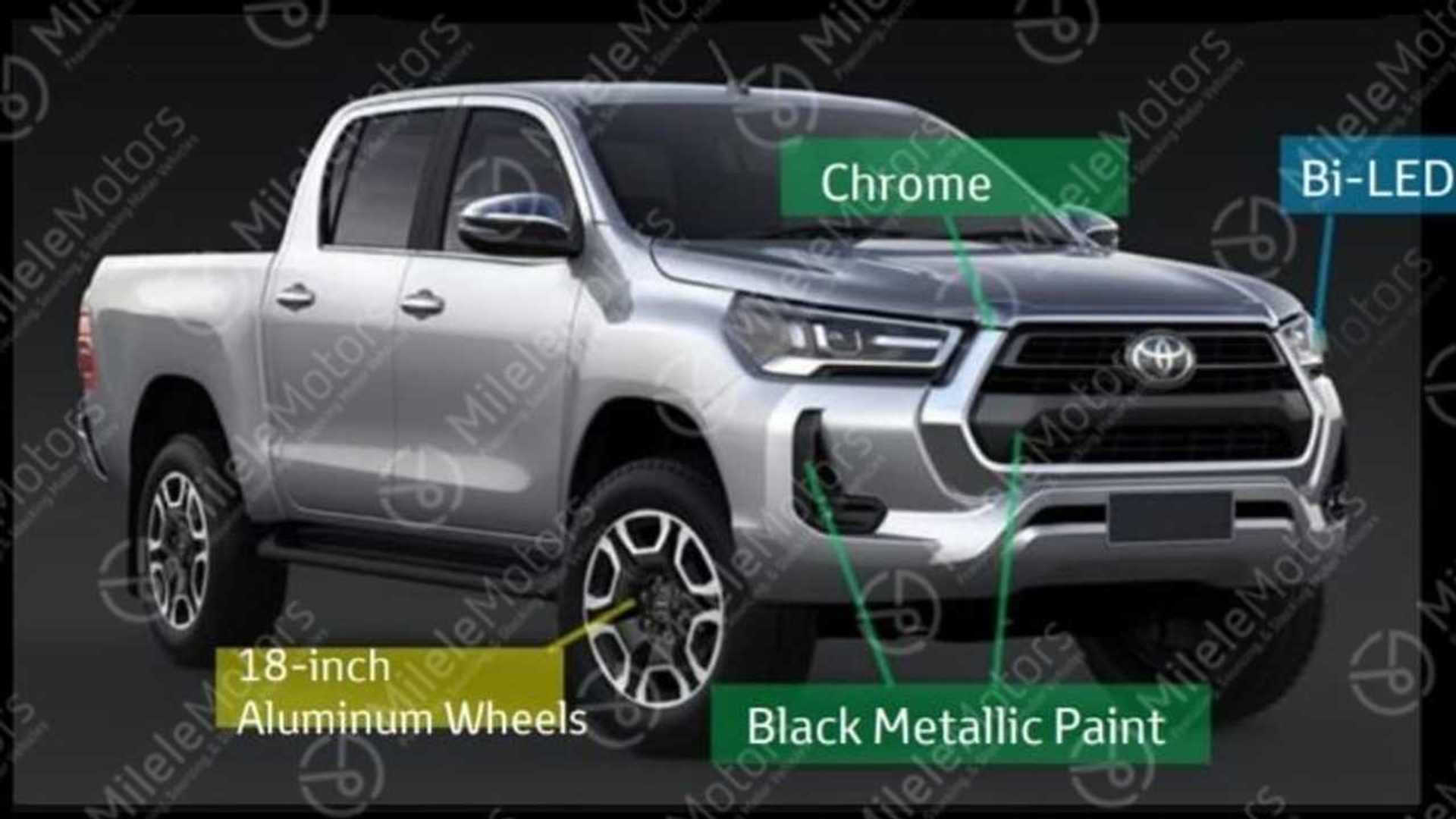 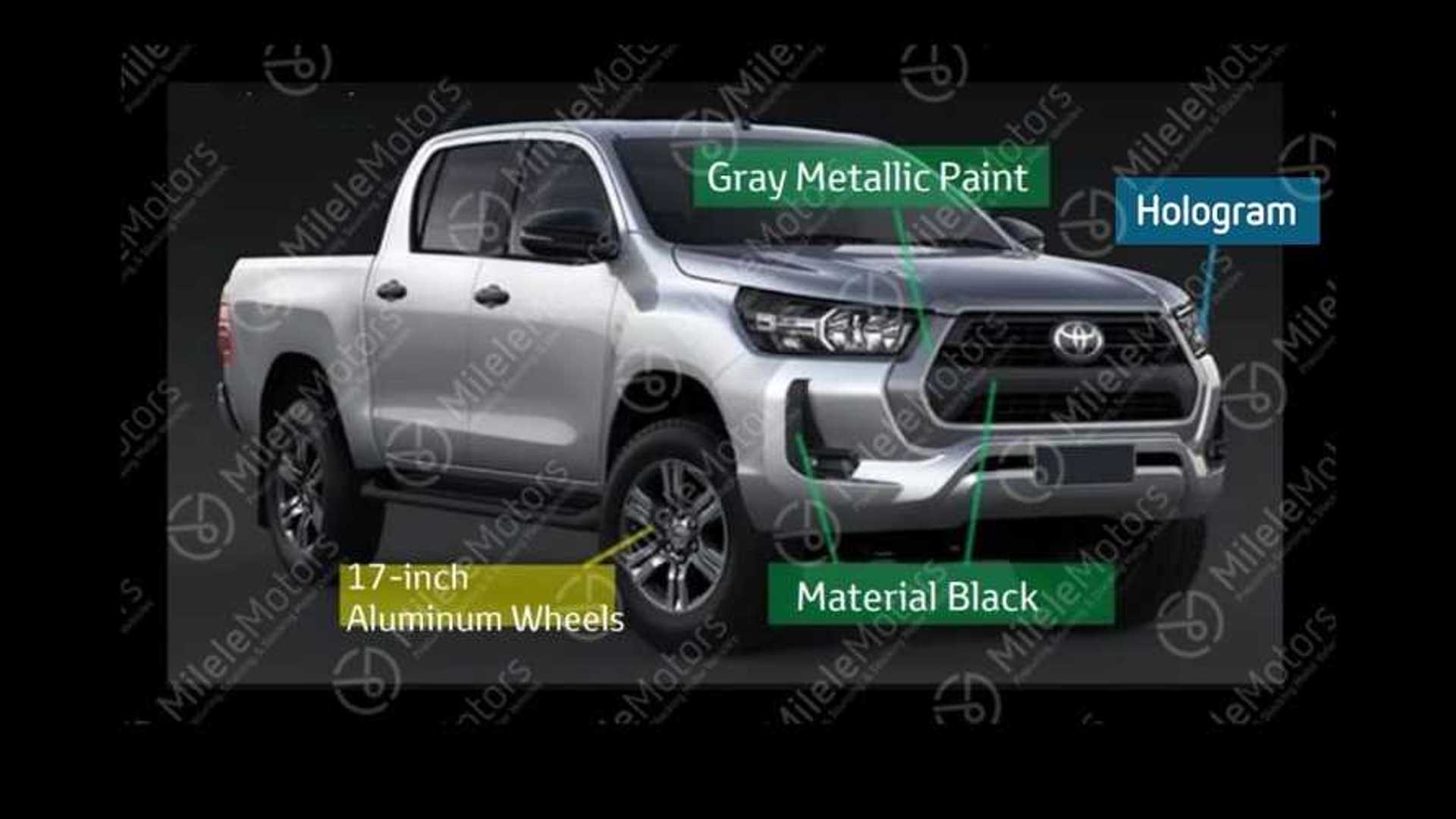