The Yaris gets a crossover companion offering more room and an increased ground clearance.

Toyota originally intended to unveil its new small crossover in March at the Geneva Motor Show but the event's cancelation caused by the coronavirus pandemic forced the automaker to reschedule the premiere. The company said it would delay the vehicle's debut for weeks or even months, but the wait is now over as Toyota is ready to introduce its Yaris-derived crossover.

Positioned below the C-HR, the new Yaris Cross carries over the supermini's wheelbase measuring 2560 millimeters (100.8 inches) while featuring longer overhangs increasing the overall length by 240 mm (9.4 inches) to 4180 mm (164.5 inches). It's also 20 mm (0.8 inches) wider and 90 mm (3.5 inches) taller than the Yaris, while remaining significantly smaller than the aforementioned C-HR.

It features a more conventional design in what we'd argue is a wise move that should lure more buyers into Toyota showrooms since not all people are fond of the C-HR's quirky styling. At the same time, its larger footprint compared to the Yaris makes it more practical, further enhanced by the 40:20:40 split-folding rear seats.

Buyers will be able to order the Yaris Cross with wheels as large as 18 inches and a shiny new paint called Brass Gold, while the optional electric tailgate will make loading and unloading cargo easier. Once you open the cargo area, the floor can be adjusted in height and can also be split into two depending on what you need to carry. There's even a belt system allowing owners to secure objects in place without having to worry about the items flying all over the cargo area while driving.

All-wheel drive is not that common in Europe's small SUV segment, which is why we're glad to report the Yaris Cross will offer an AWD layout coupled to a hybrid powertrain consisting of a three-cylinder 1.5-liter gasoline engine working together with an electric motor. The combustion engine has a thermal efficiency of up to 40 percent and can power the vehicle alone in front-wheel-drive mode. Once the sensors detect poor grip conditions, the AWD system kicks in and helps the driver tackle the rain, snow, or even sand.

The total output for the hybrid setup stands at 116 horsepower, which might not sound like much, but do you really need more from a city-oriented crossover? Toyota claims the front-wheel-drive models will have CO2 emissions of less than 120 g/km while the AWD model will emit below 135 g/km per the WLTP regime.

Toyota aims to build more than 150,000 units annually at its Valenciennes factory in France where the Yaris Cross will be assembled alongside the supermini upon which it's based. The tiny high-riding vehicle will go on sale in Europe in the summer of 2021 after being launched at home in Japan this fall. 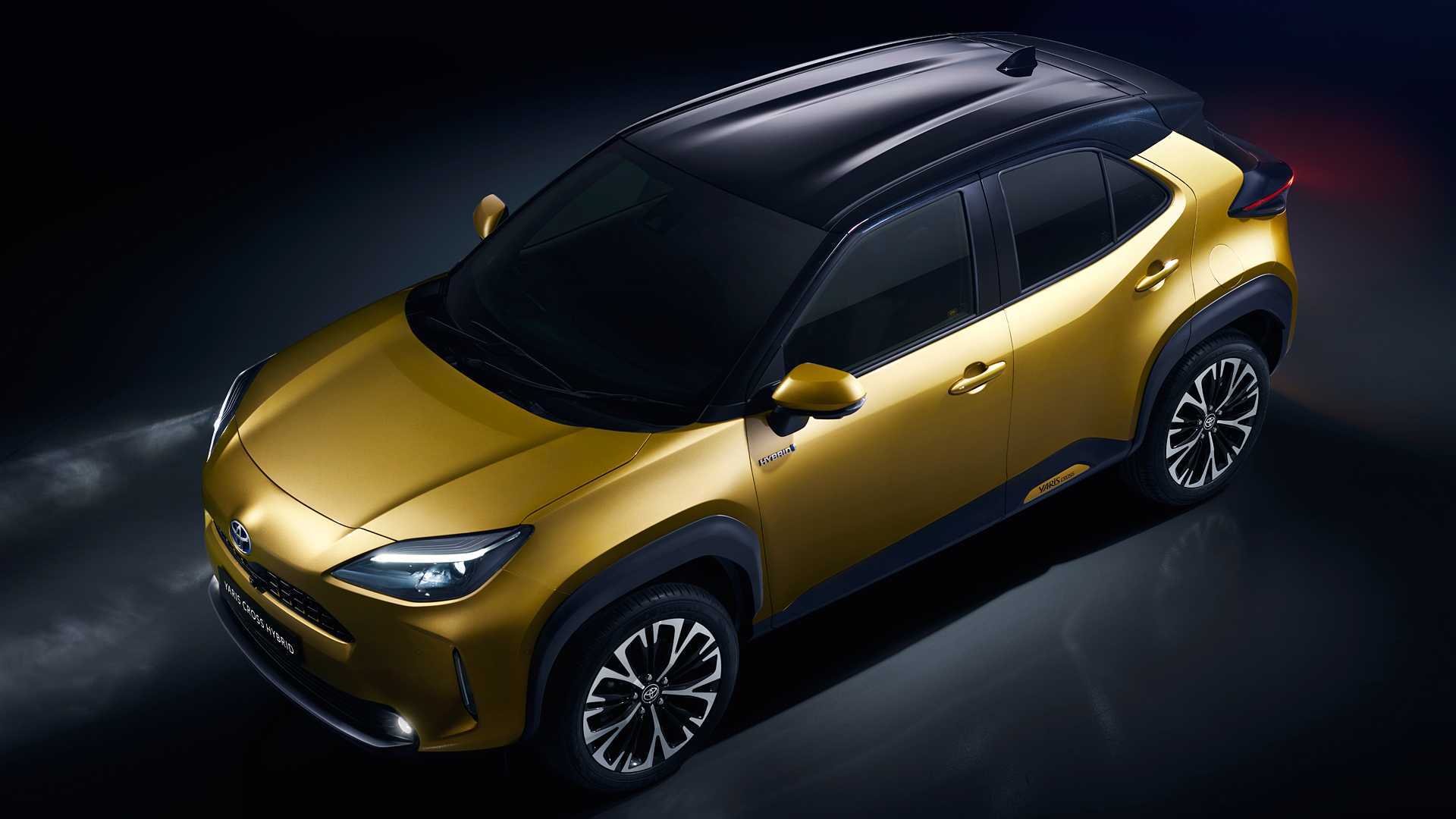 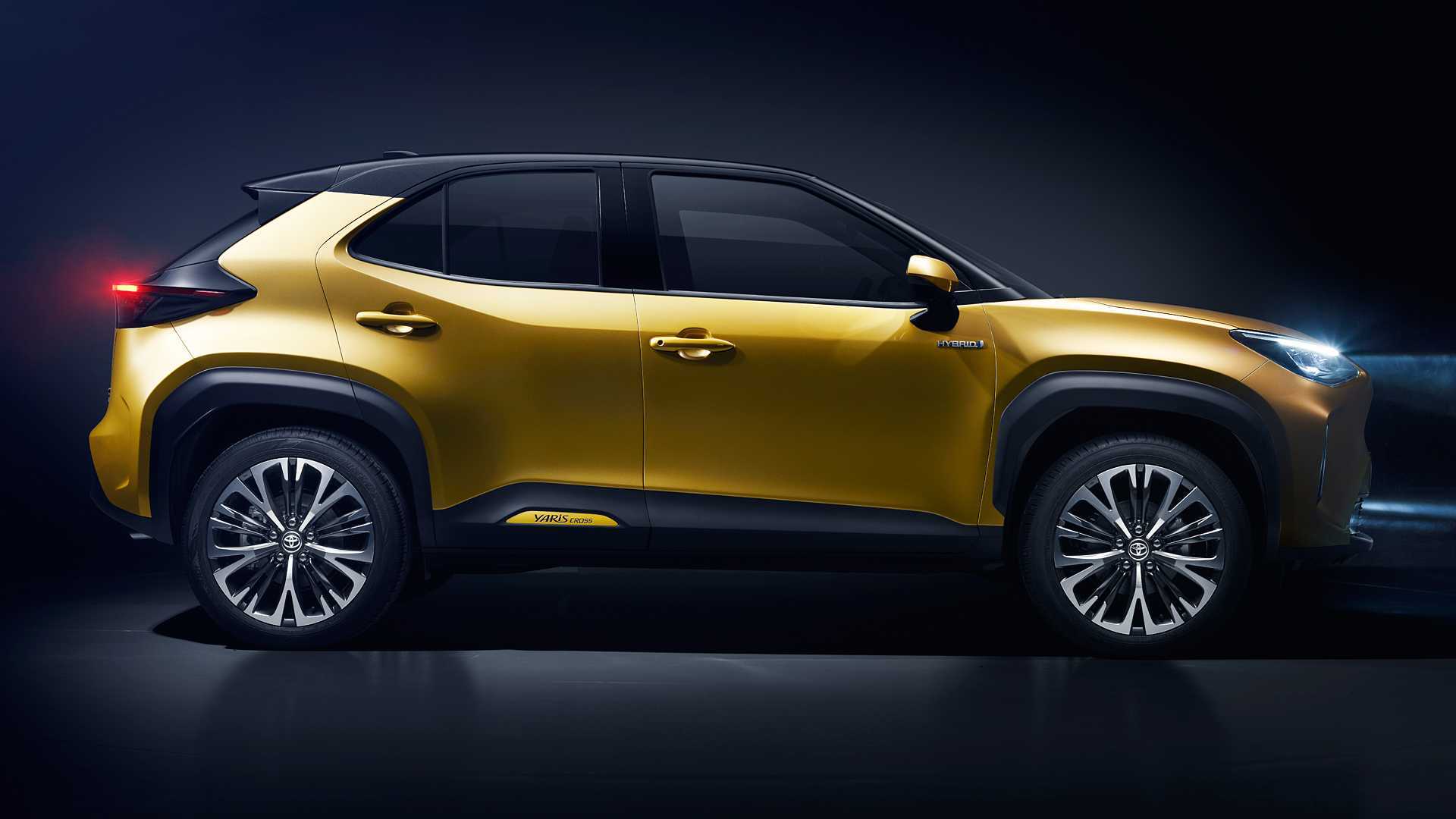 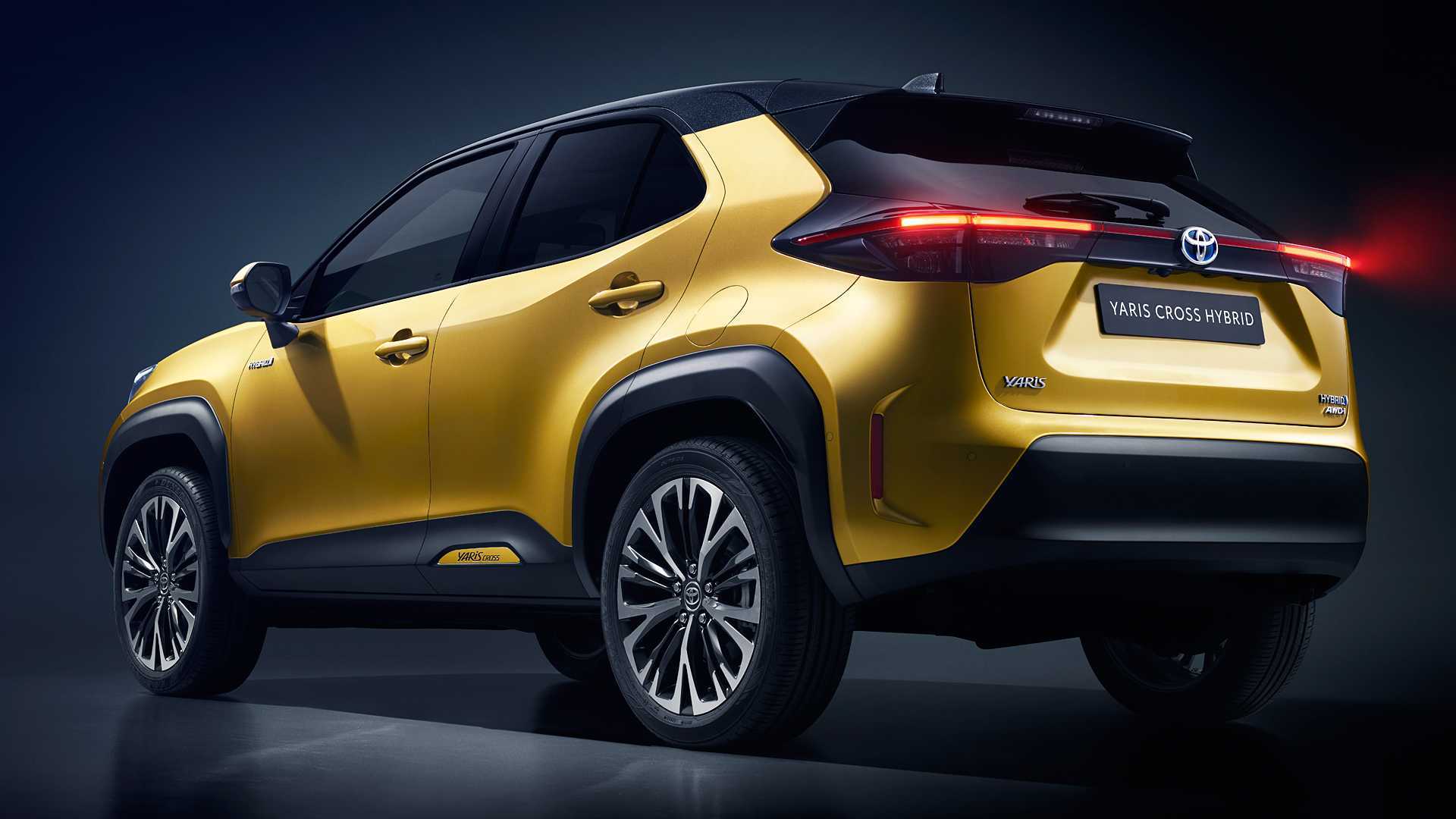