Alyen 988 Is One Vyrus We Wouldn’t Mind Catching At a time when just hearing the word virus sends shivers down our spines, you would of thought companies that have chosen a similar name down the years will keep a low profile these days.

But not the Italians from Vyrus.

Vyrus describes itself as an innovation workshop that has been around, building motorcycles and more, for about 30 years. Their main line, which includes several motorcycles, is called Alyen, and just got expanded with the addition of a new monster.

The company announced the arrival of the Alyen 988 this week, an exciting two-wheeler that is hard to classify. Engineered as a sports bike by chassis and engine, it blends elements of supermoto and naked machines to such a degree that it increases its appeal even further.

Using an in-house developed frame, swing arms and body, the Italians chassis' is equipped with an equally Italian engine, this time of Ducati origin. It's a previous generation Ducati Panigale engine 1,298 cc in size that develops 205 hp at 10,500 rpm. The engine works with a 6-speed gearbox.

The futuristic look of the custom motorcycle is enhanced by the sculpted frame of the body, all cuts and corners, which houses a seemingly suspended fuel tank and seat. Carbon fiber exhaust tips, a black mantle of paint, pushrod suspension, and Brembo brakes round up the look of the 988.

The new motorcycle joins a range of exclusive builds that include four other models, all powered by Ducati engines and with power output ranging from 100 to 211 hp.

The Italian company did not mention the price of the new addition, but if the past is any indication, it will not come cheap. After all, being a custom build makes it expensive, and considering most of the other Vyrus creations sell for a little under $100,000, expect this one to go for at least as much. 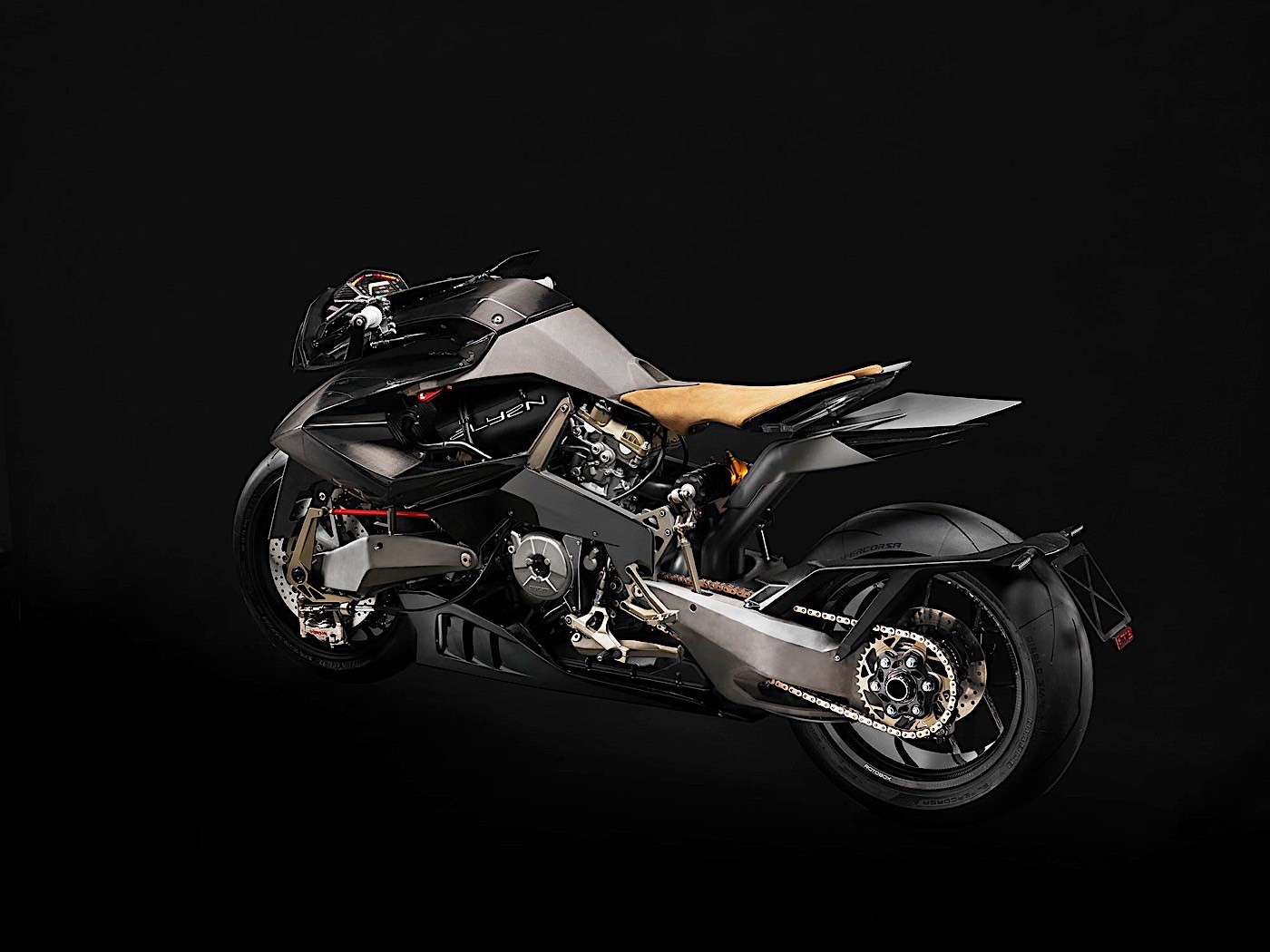 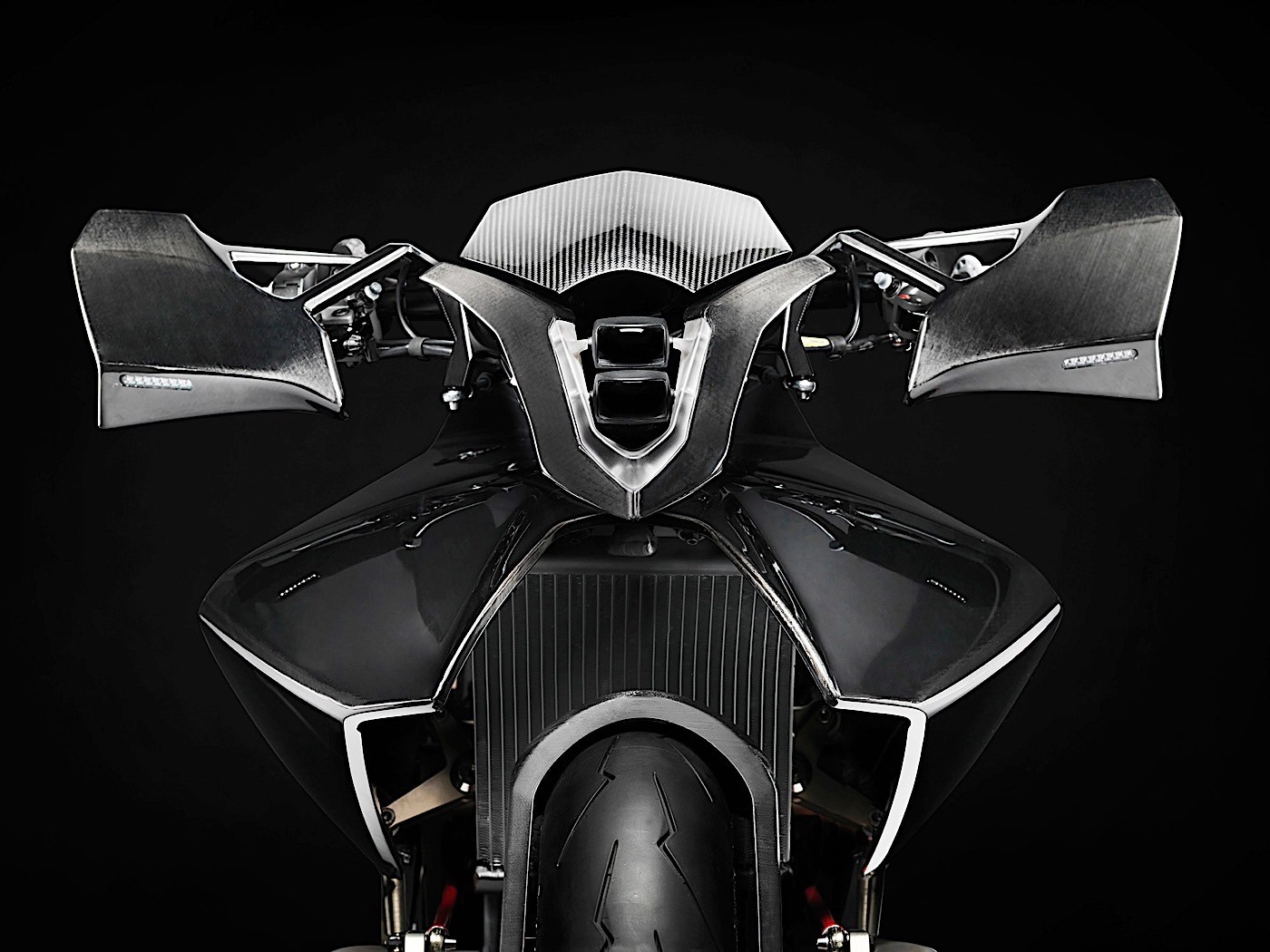 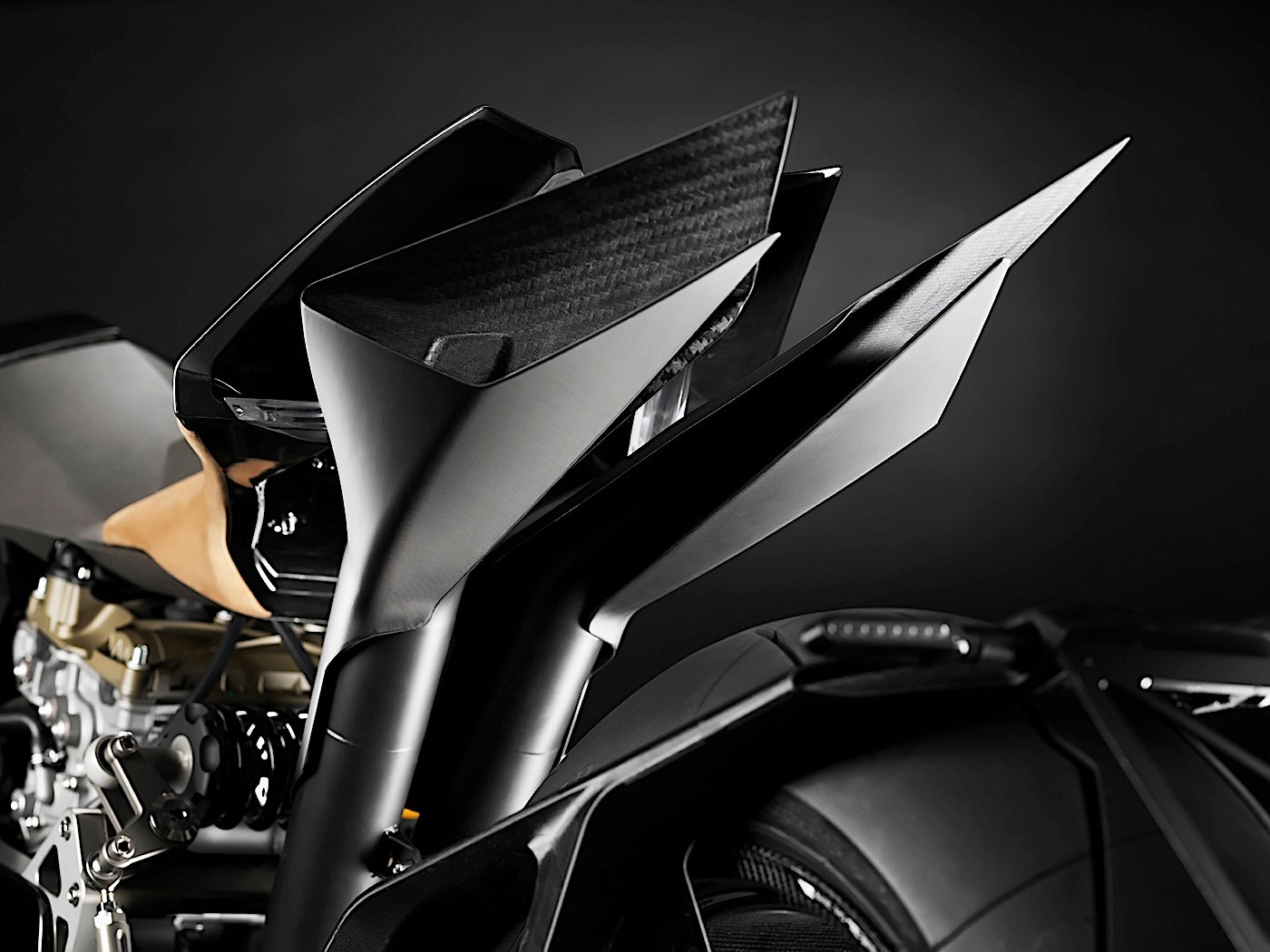