boatboatsyacht
Millionaires, fret no more. For all this talk about climate change and colossal carbon footprints, flight- and seafaring-shaming, your ordeal will end soon. Enter the world’s first fully hydrogen-powered superyacht. Concept.

At the 2019 Monaco Yacht Show, a Dutch yacht design company called Sinot Yacht & Architecture Design introduced what will, one day, hopefully, become the world's first fully hydrogen-powered superyacht. It is emissions-free, noise-free, but just as outrageously luxurious as you'd expect.

The bad news? It's still in concept stage and, for the time being, Sinot has announced no plans to bring it to life. But they do say that they're waiting for a "forward-thinking client ready to meet their vision," which means it could happen as soon as some millionaire or billionaire is ready to write them a check for it.

Called Aqua, this superyacht may not be the most originally named, but it is truly ground breaking in terms of proposed use of cutting-edge technology and interior design. Not only does Aqua come with zero emissions, but she is a true beauty, packed with luxurious amenities and the most stunning design ideas, which makes it the perfect choice for any millionaire looking to ease his or her conscience about their carbon footprint when traveling. Who says you can't go green and still lead a life of luxury? Let's get started.

It she's ever build, Aqua will measure 367 feet (112 meters) and operate at a top speed of 17 knots and a range of 3,750 miles. She will use liquid hydrogen and fuel-cell technology to operate, and thus emit only water. She will also be completely noise-free and have a much steadier, smoother motion than other superyachts. How's that for a hot selling point?

When she's build, Aqua will be the world's first to run on liquid hydrogen. The system would be based on 2 tanks of 28 tons each, holding liquid hydrogen, vacuum sealed and stored at -423 degrees Fahrenheit (-253 degrees Celsius). The liquefied hydrogen will be converted into electrical energy by proton exchange membrane fuel cells (PEMs) and used for propulsion and the auxiliary systems.

"Our challenge was to implement fully operational liquid hydrogen and fuel cells in a true superyacht that is not only groundbreaking in technology, but also in design and aesthetics," Sinot says.

It took 5 months to design the concept, which also features state-of-the-art interiors and amenities, spread over 5 decks. Sinot chose curved lines inspired by "the ocean swell" and high ceilings, which "immediately create an open living experience with full-height windows lining the main pavilion area for an uninterrupted visual encounter." All rooms will be decorated in a minimalistic, Japanese-inspired style.

Aqua will be able to carry 14 guests and 31 crew, and will include anything from an infinity pool and a one 50-foot VIP room, to a water-covered staircase that cascades from the deck towards the ocean, a helipad, a swim platform and beach deck, and an indoor health and fitness center. The center will have its very own spa, and hydro-massage room, as well as a workout area that offers passengers the chance to break a sweat at water level, either in a regular gym or a yoga studio.

Because no millionaire is complete without toys, the Aqua will have enough space to carry 2 tenders of 32 feet each and 3 Jet Skis. A 360-degree observatory will allow passengers the possibility to take in the breathtaking views at their own leisure.

You get no points for guessing who the Aqua is targeted at.

"For development of Aqua we took inspiration from the lifestyle of a discerning, forward-looking owner, the fluid versatility of water and cutting-edge technology, to combine this in a 112-meter superyacht with truly innovative features," Sinot says.

A small-scale model of the Aqua was displayed at the Monaco Yacht Show, causing a sensation. Sinot is yet to announce plans towards bringing the game-changing superyacht to reality, or a possible date when she would be made. If she is to remain a concept, she will certainly embody the future in terms of seafaring, the design company believes. 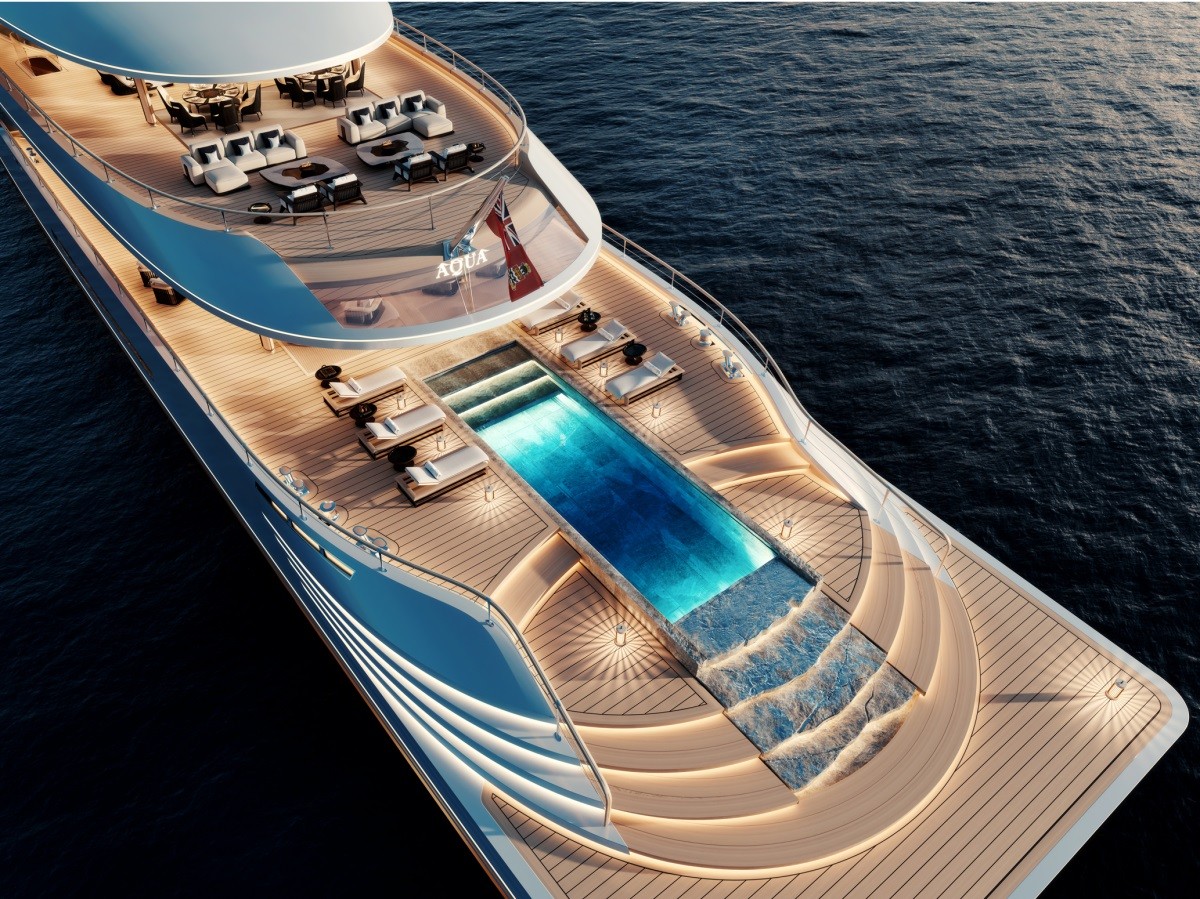 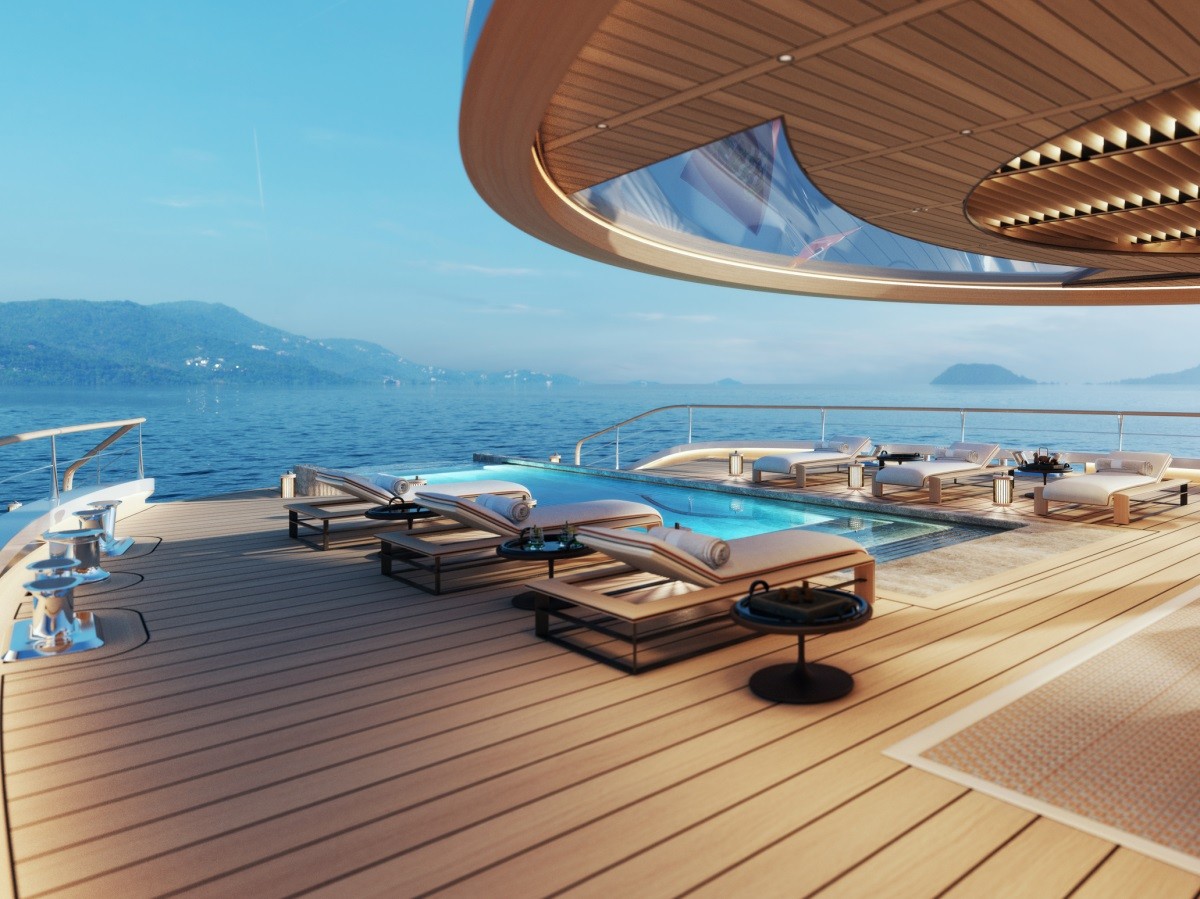 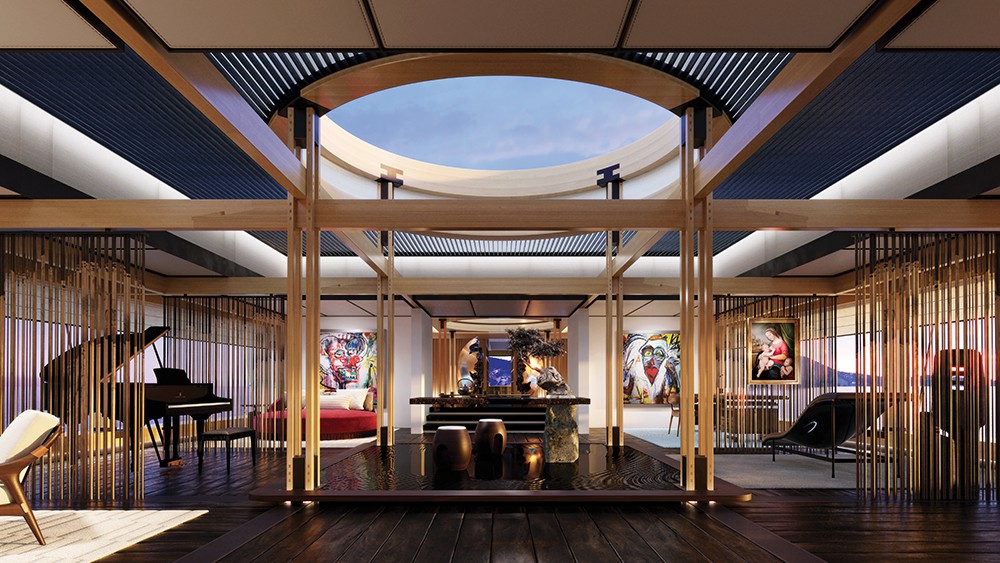 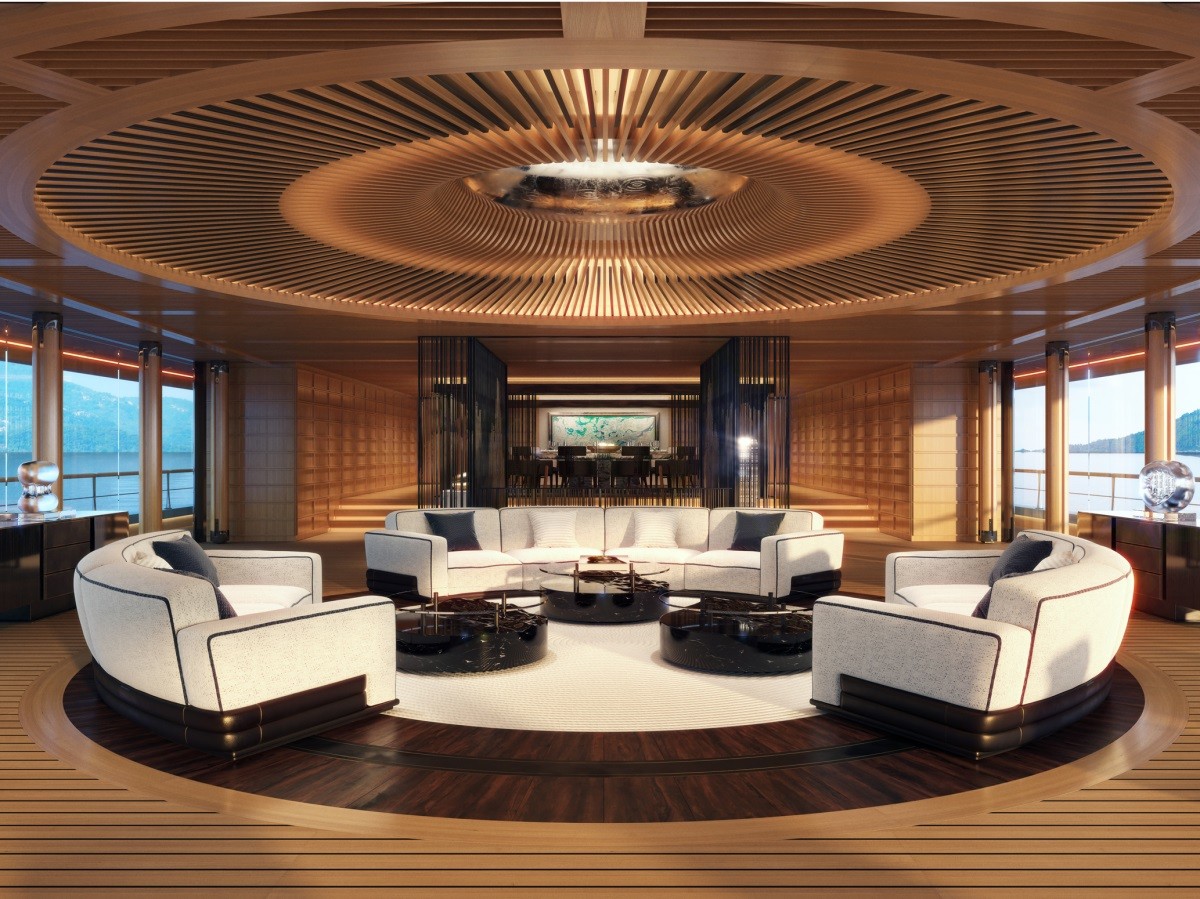