Mansory made a splash earlier this year when it kitted out the RS6 Avant with a wild body kit and a dollop of additional power. The tuner is back with another Audi, this time applying its liberal use of carbon fiber and horsepower to the RS Q8 performance SUV. Mansory followed the same formula for the SUV as it did the wagon, tweaking the styling and tuning the engine.

The RS Q8 by Mansory features revised carbon-fiber bodywork that not only tweaks the design, giving the SUV a more aggressive-looking face, but it also improves the Audi's aerodynamics and downforce. New carbon bits include the front, rear, and side skirts. Part of Mansory's visual upgrade is the deep black paint paired with red decorative stripes and accents. The red-and-black look continues inside, too, with red contrasting seams on all the leather. Other interior touches include a Mansory steering wheel and carbon-fiber trim.

The Audi RS Q8 by Mansory isn't as wild as some of its other creations, though the deep black paint, bright red accents, and an aggressive upgrade in the looks department help set it apart. The new exhaust system likely sounds equally menacing with the tuned V8 under the hood. There's no shortage of tuned Audi RS Q8s out there, and Mansory has done a great job entering the scene. 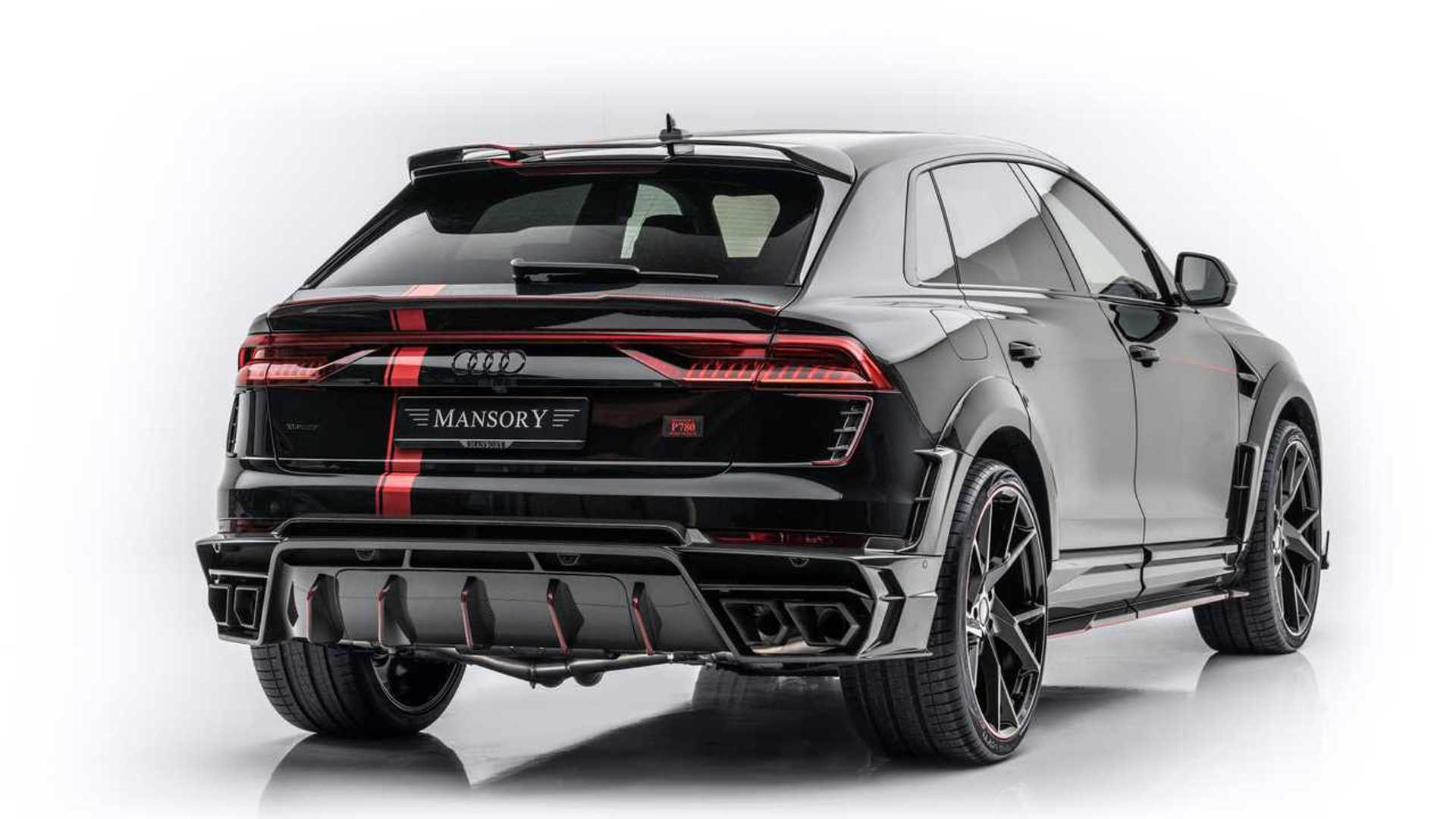 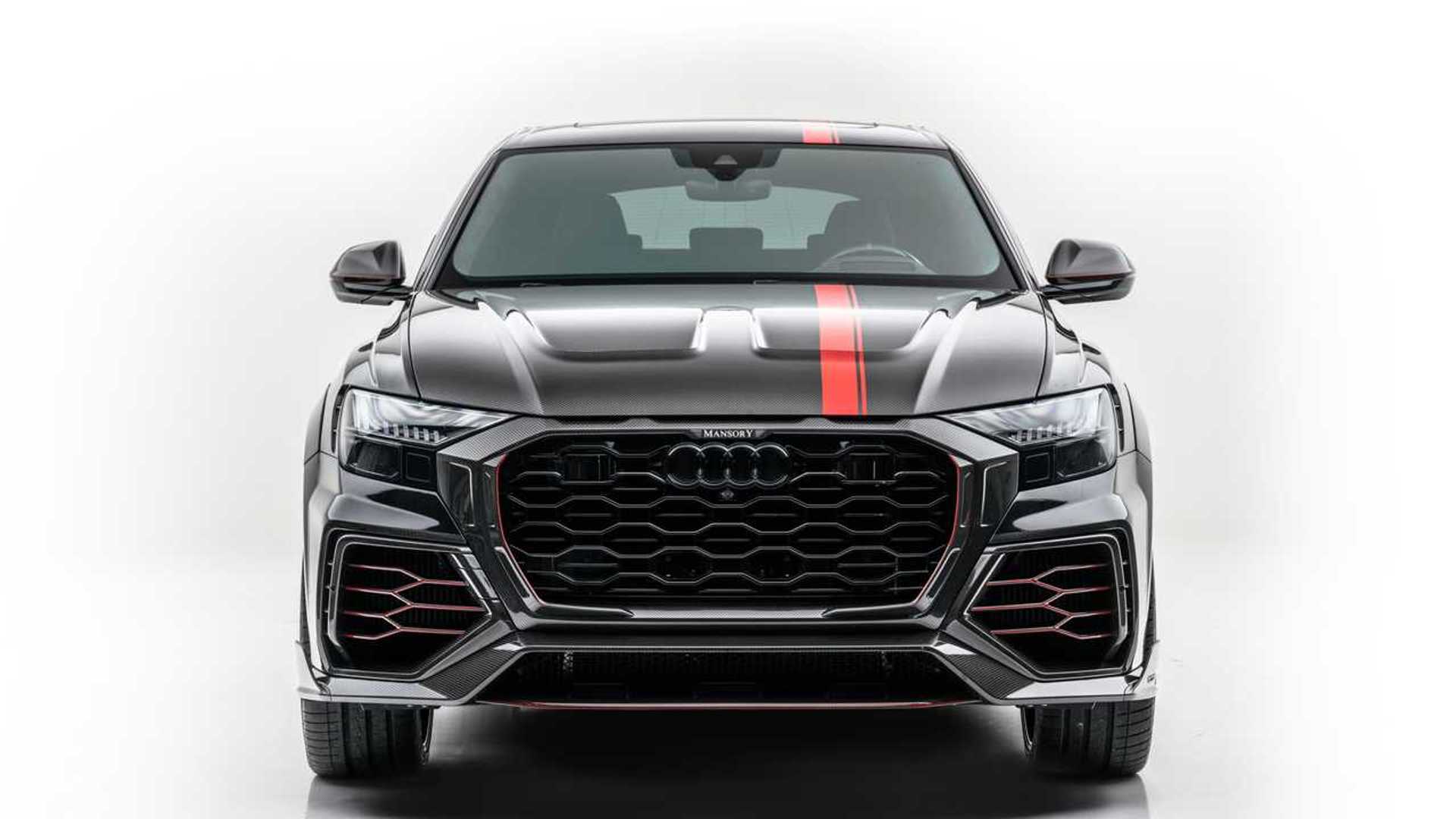 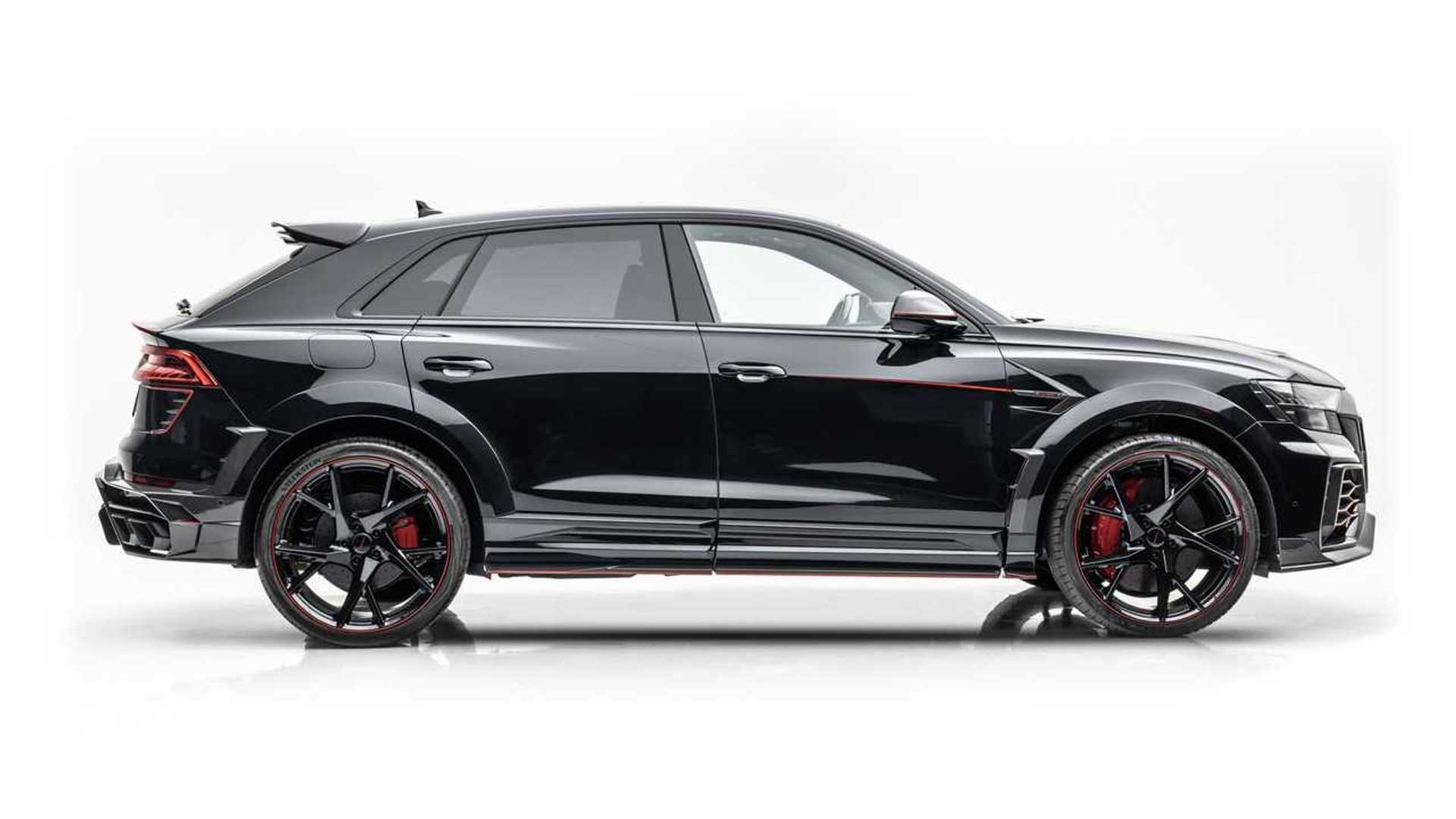 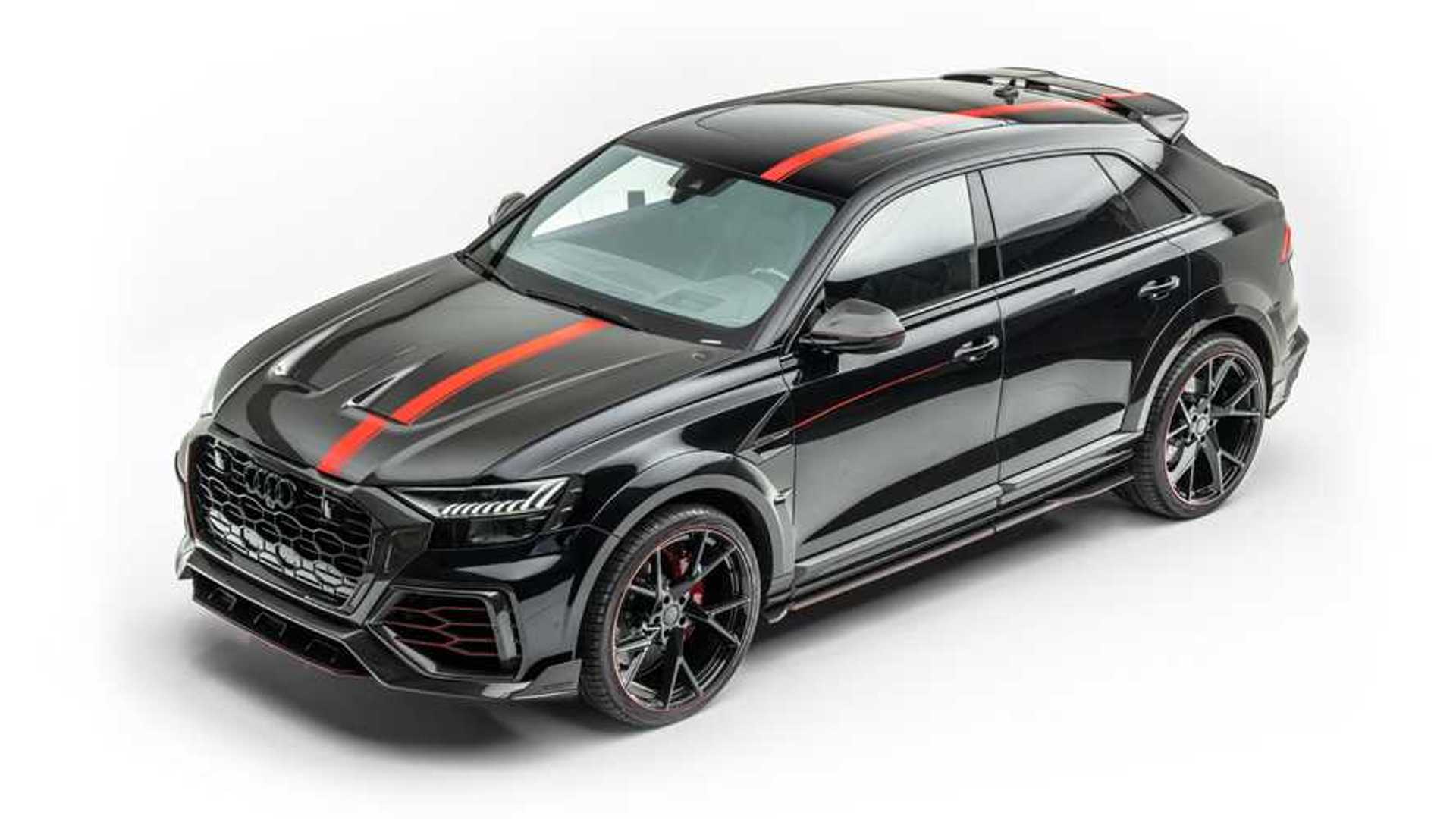