Crashed S-Class Made Of Mirrors Reflects Our Love Of Carnage It's called 'Wrecked,' and it was created by Brooklyn-based artist Jordan Griska.

You might not know by looking at it, but underneath all those angled, mirrored edges and tattered bodywork lies the frame of a Mercedes S-Class sedan. The art installation, cleverly entitled "Wreck," was created by Brooklyn-based artist Jordan Griska and is said to evoke feelings of "both luxury and mortality."

Using a 3D model of a Mercedes-Benz S550 as his base, the project was manipulated to resemble a wreck using digital software, and constructed of polished pieces of stainless steel laser cut to exact preciseness. Griska says that most of the influence for the project was images of fatality wreckage and serious crashes online.

The piece was unveiled last October at Pier 9 near Philadelphia, Pennsylvania, hosted by Philadelphia Contemporary, but has been making its rounds on the internet this past week on websites like Reddit. Jordan began constructing the piece as early as January 2015, according to his Instagram profile, and continued work on it for more than a year before the unveiling.

Along with aforementioned images of crashes online, the project is said to draw inspiration from Andy Warhol's colored "Car Crash" serigraphs, which were created in 1963. The installation blends both physical and digital mediums of art into a single installation. It's a far cry from the typical "Art Cars" we've seen previously courtesy of companies like BMW, and most recently BAC, but it's a stunning interpretation of automotive art nonetheless. 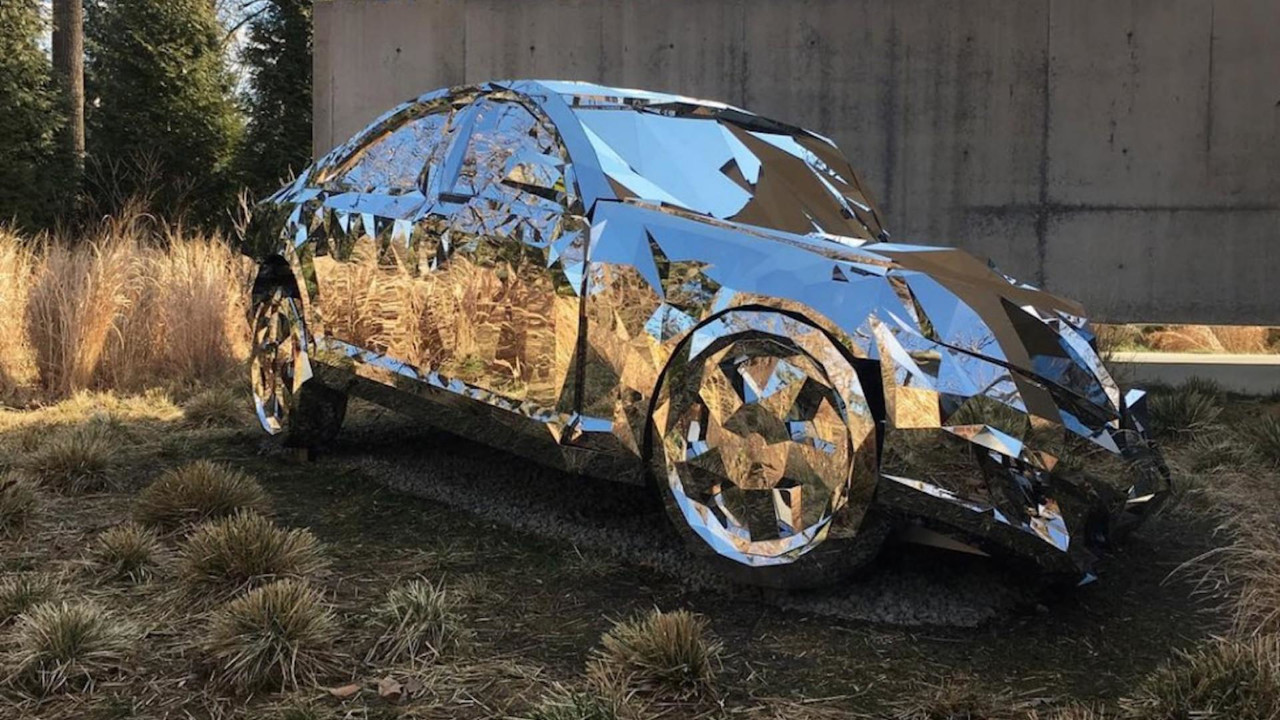