Few custom motorcycle builders are as unorthodox and eccentric a the folks at Polish custom shop, Game Over Cycles. Judging from their name alone, you're certain that they churn out some pretty unique builds over there. Based on Game Over Cycles' Instagram profile, the shop's builds generally occupy the steampunk, tribal, and even dystopian themes.

One bike, however, stands out from the rest. This 2019 Harley-Davidson Street Bob was transformed into something entirely unique, something evoking pure emotion on the part of the owner. Dubbed the "New York - Rzeszow Motorcycle", (don't ask me how that's pronounced) this bike was meant to pay homage to the places the owner calls home: New York City, and Rzeszow, a city in Poland.

One glance at this machine is not enough for you to absorb all the tributes and easter eggs that were so meticulously integrated into this work of art. I, literally, could spend hours admiring each and every detail on this bike. For instance, it pays tribute to New York City by depicting the Manhattan skyline and other notable buildings such as one of the World Trade Center towers on its wheels. This also makes the bike a 9/11 monument with more tribute pieces to the buildings involved in that fateful day. Apart from this, an exhaust manifold cover was designed to depict the Chrysler Building which was plated in 24k gold.

Additional details that honor New York culture is the logo of the New York Yankees on the timing cover. The brass fuel tank is painted in black with a subtle depiction of the Brooklyn Bridge on top. The front end was designed to represent the ruins of the World Trade Center with "9/11 Never Forget" engraved at the bottom, a thoughtful touch on the part of the owner.

Apart from the iconic New York and American heritage elements, the motorcycle also depicts Poland's Revolutionary Act Monument. Situated between the Manhattan buildings on the wheels, it integrates itself into the bridge-shaped seat assembly to which the rear fender is attached via tension wires.

In total, it took the team at Game Over Cycles around 260 hours of C&C milling to craft the metal and golden pieces which adorn this motorcycle. 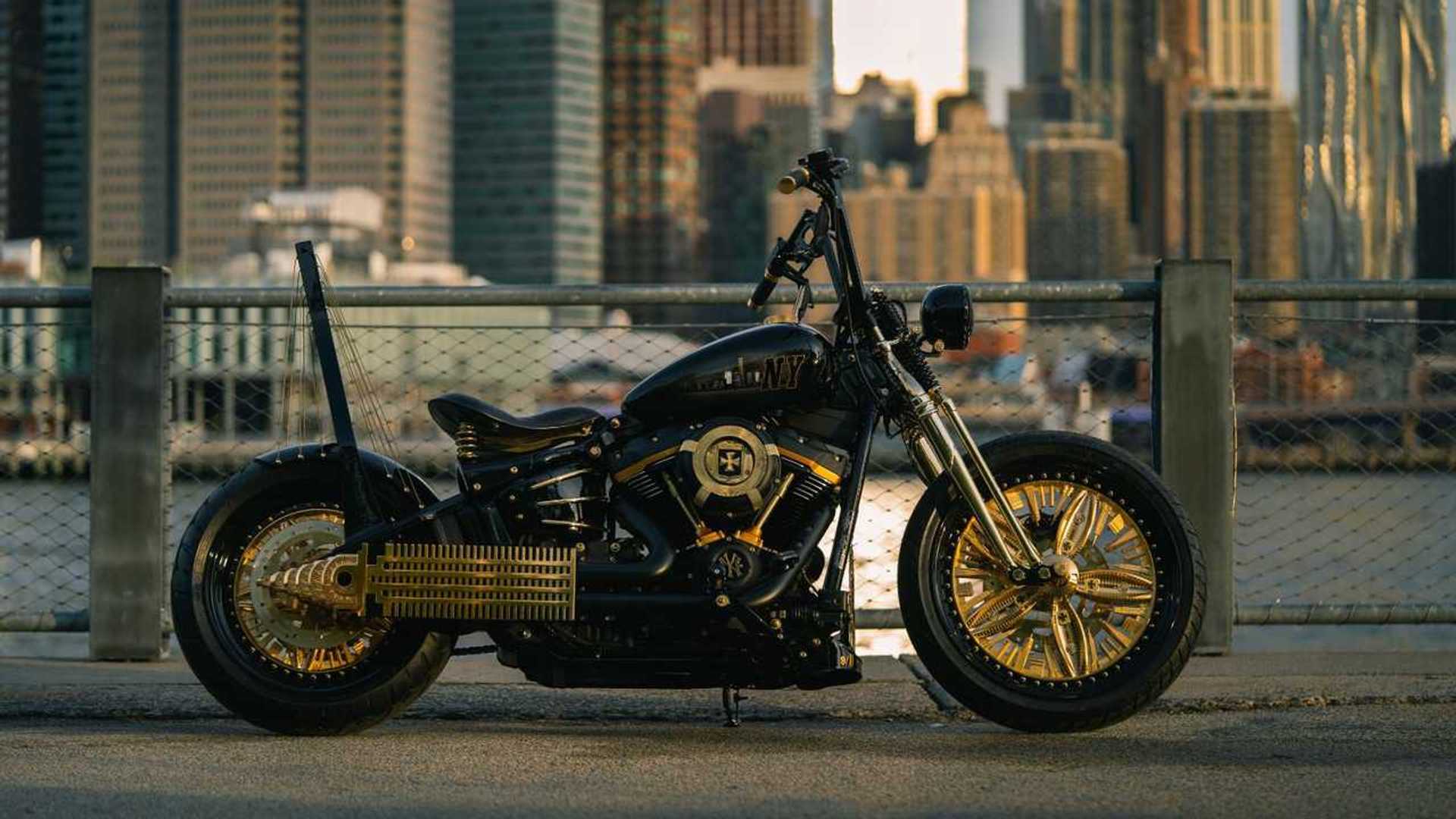 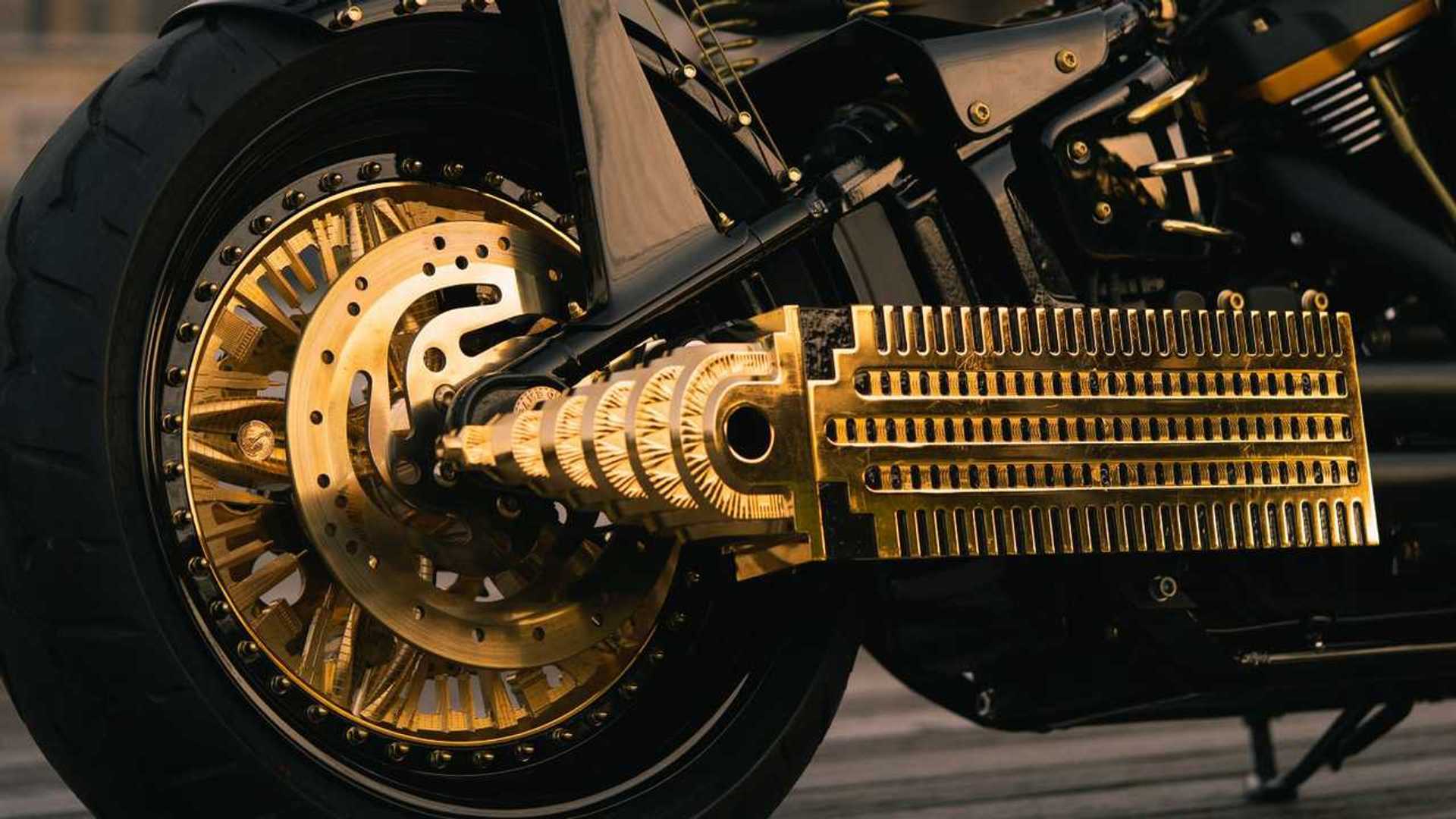 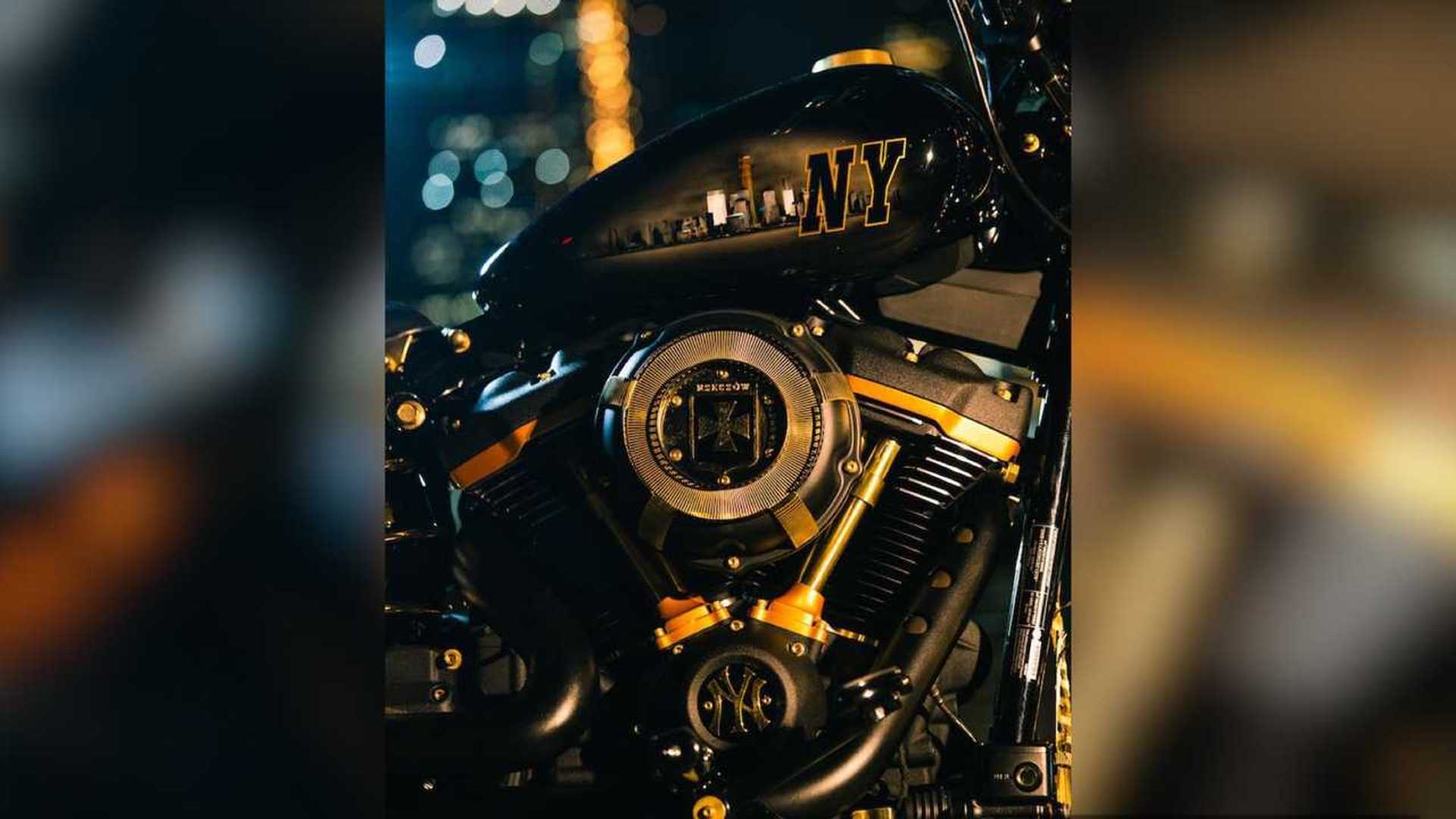 Related News
Harley-Davidson Black Rebel Is A Full Custom Thunderbike10 June 2020
One-Off Harley-Davidson Limobike Is The Mullet Of All Hybrids25 March 2020
Believe It Or Not, This Build Once Was A Suzuki Gsxr 1000 Rr28 January 2020
World’S Only Raiders Harley-Davidson Has 150,000 Swarovski Crystals2 March 2020
Bike Of The Week: Custom Works Zon’S “Zonnegodin”4 November 2017