One-Off Harley-Davidson LimoBike Is the Mullet of All Hybrids Thankfully, mullets have long gone out of style and, no matter how hard some celebrities are trying (we see you, Miley Cyrus), it’s a hairstyle that will never come back. Not the same can be said about a hybrid vehicle that is part Harley-Davidson motorcycle, part limousine.

The unofficial definition of a mullet is "business at the front, party at the back." The Harley-Davidson LimoBike or the Harley Limousine is exactly that, just not on your head. If you ever found yourself wondering, hey, how would you combine the badass-ness of a Hog with the luxury and comfort of a limousine?, here's the answer.

This contraption is the mullet of all hybrids and, depending on who you ask, is either a very stylish, stunning vehicle or the tackiest thing you ever laid eyes on. You decide for yourself but, regardless of the conclusion you come to, you will probably give whoever built it some credit for thinking outside the box.

Even though the Harley Limousine / LimoBike has been around at least since 2010, no one seems to know who built it. It first started making serious waves in 2012, when it was available for rental with Wildfire Tours in Australia, so they probably had it commissioned as a publicity stunt.

Wildfire Tours specializes in motorcycle and classic car tours, providing a varied fleet of vehicles for anything from weddings and proms, to business meetings and novelty rides.

The LimoBike fell in that last category (past tense, since it's no longer listed with them as of 2017). It was driven by one of the company's trained drivers, since it was notoriously difficult to maneuver – which you probably guessed by now by simply looking at the photos.

Then again, this is what you get for combining a chopped Harley with a chopped limousine. The LimoBike isn't as much of a Harley vehicle as it's been described, but a Chevrolet trike. Measuring 20 feet in length and weighing around 1.75 tons, it is actually powered by a 5.7 liter, 350 HP V8 Chevrolet engine.

Painted in pearl white, it has seating for the driver and additional seating for 8 passengers in the back: six inside the limousine and two on the perch outside. You know, in case you wish to feel the open air on your face like you would when riding a regular motorcycle.

Everything about the rear end is meant to resemble a luxury ride: there's air conditioning and matching fine Italian leather seats, a flat-screen TV and a mini-bar, and a speaker system. The two rear wheels have air suspension for smooth rides. Tinted electric windows guarantee privacy, while the vertical door opening system adds an additional dose of extra to this already eye-catching vehicle.

Designed with wedding / bachelor / bachelorette parties or prom dates in mind, the LimoBike is meant to be a halfway between the spirit of rebelliousness embodied by a Harley and the luxury of a limousine. If the association of the two isn't strange enough, this vehicle's backstory surely is.

A December 2019 7News Sydney story on an upcoming Lloyd's auction included the LimoBike, with an agent's mention that it had never been registered "or put to use." That last part contradicted reports and sightings of the strange vehicle in Australia, while part of the Wildfire Tours fleet.

The agent also mentioned the fact that it would only take some extra cash to register and "get this baby on the road," which, apparently, was far from the truth. Aussie Alan McDonald claims to have owned the LimoBike for 4 years, during which time he repeatedly tried – and failed – to register it.

The reasons why it proved impossible to register it included the loading capacity, the length of the front and the turning circle. In other words, the LimoBike, as visually arresting as it is (or ugly, call it what you will), is built on flawed physics.

Considering it took 8 years to put together and over $300,000 (also as per the same 7News report), that's a very poor return on investment. No word if the LimoBike ever secured a buyer. 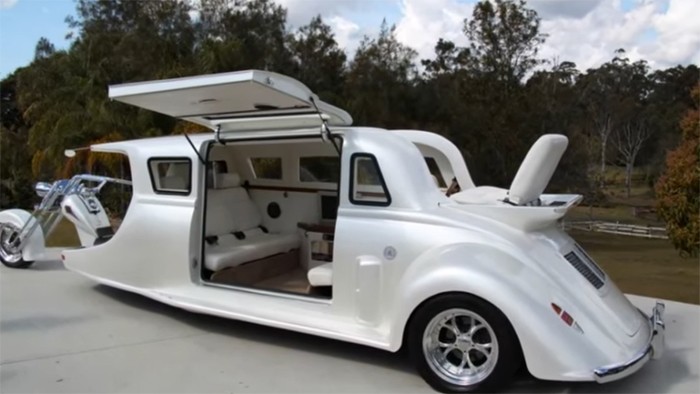 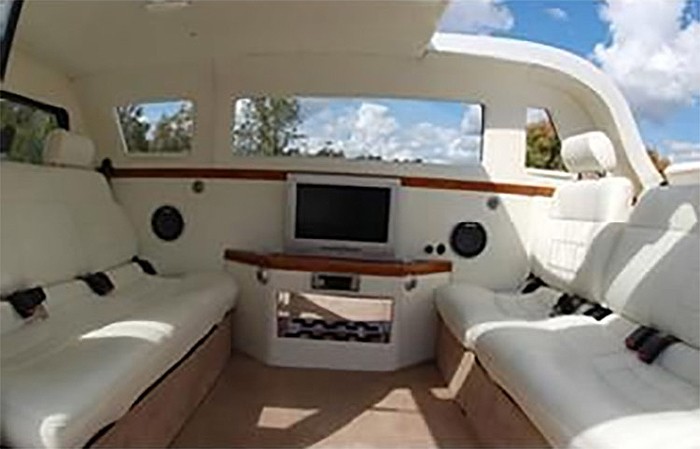 Harley-Davidson Black Rebel Is A Full Custom Thunderbike10 June 2020
This Custom Harley Street Bob Is Literal Gold1 April 2020
Believe It Or Not, This Build Once Was A Suzuki Gsxr 1000 Rr28 January 2020
World’S Only Raiders Harley-Davidson Has 150,000 Swarovski Crystals2 March 2020
Bike Of The Week: Custom Works Zon’S “Zonnegodin”4 November 2017