The Land Rover Defender has a reputation of being a tough off-roader with classic looks that date back to the 1980s. Now, whether the newly revived version lives up to that standard is entirely up to you, but that's not the subject of this story.

E.C.D. Automotive Design, an American tuner specializing in Land Rover vehicles, particularly the Defender, has created a one-of-a-kind Defender 110 that has the brute force of an American engine combined with a tad French finesse.

Called the Project Rowdy, this Defender build is more than just an SUV in British Racing Green finish. Underneath its hood, the Rowdy Defender comes with a 6.2-liter LS3 V8 from the Corvette that produces 565 horsepower (421 kilowatts). Now, rowdy means noisy and disorderly, so in every sense of that word, this Defender stands by its name.

Apart from the engine, E.C.D. Auto Design equips the build with a proprietary air suspension and 18-inch sawtooth silver wheels wrapped in BF Goodrich All-Terrain tires. Inside, the Defender Rowdy comes with a bit of finesse starting with beige leather Recaro seats and an Evander wood rim steering wheel. Surprisingly, the cargo area also comes with wine and glass caddy.

The price isn't listed for this Defender Rowdy build, though, but E.C.D. Auto Design can be easily contacted for that, we think. 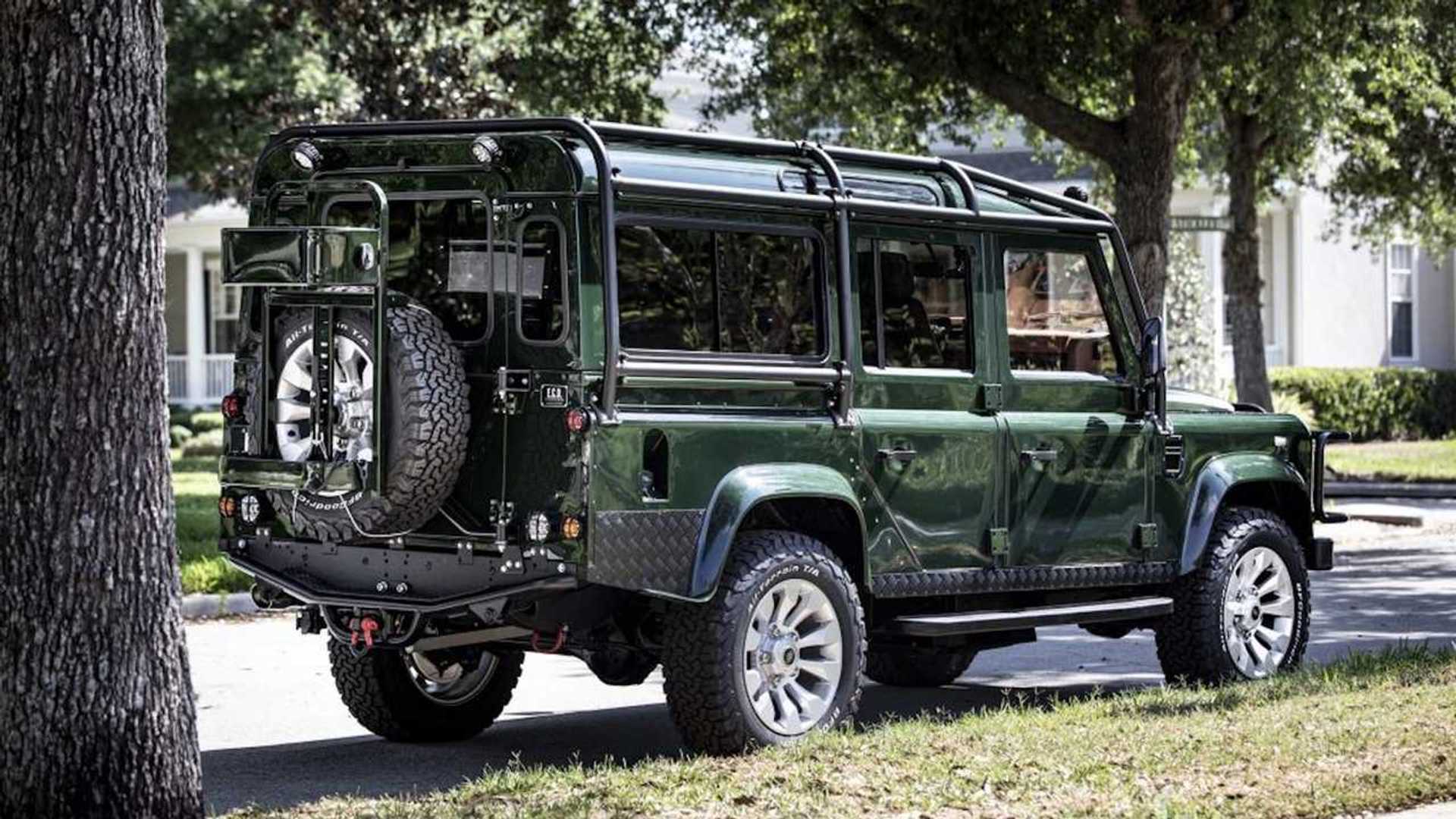 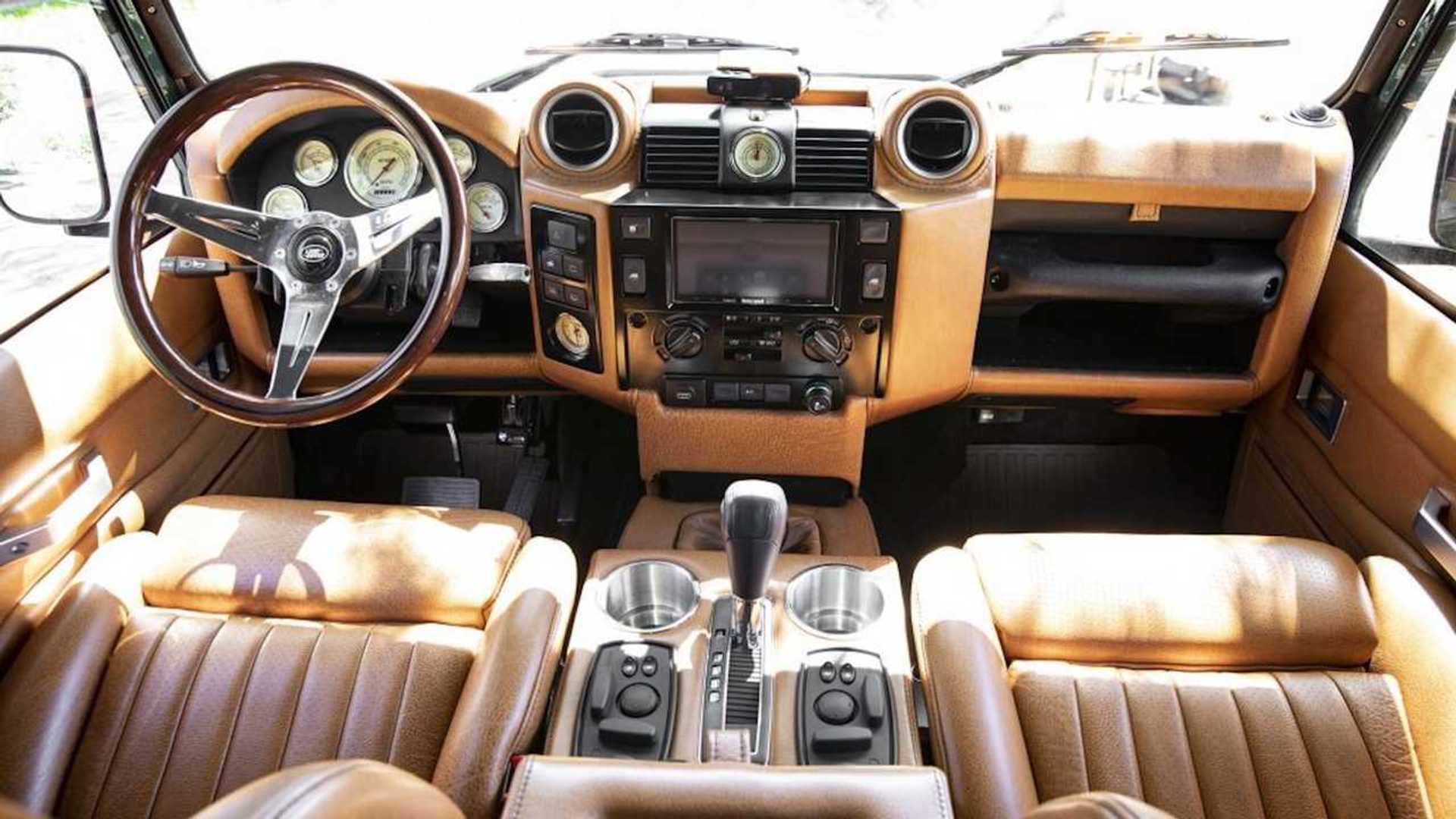 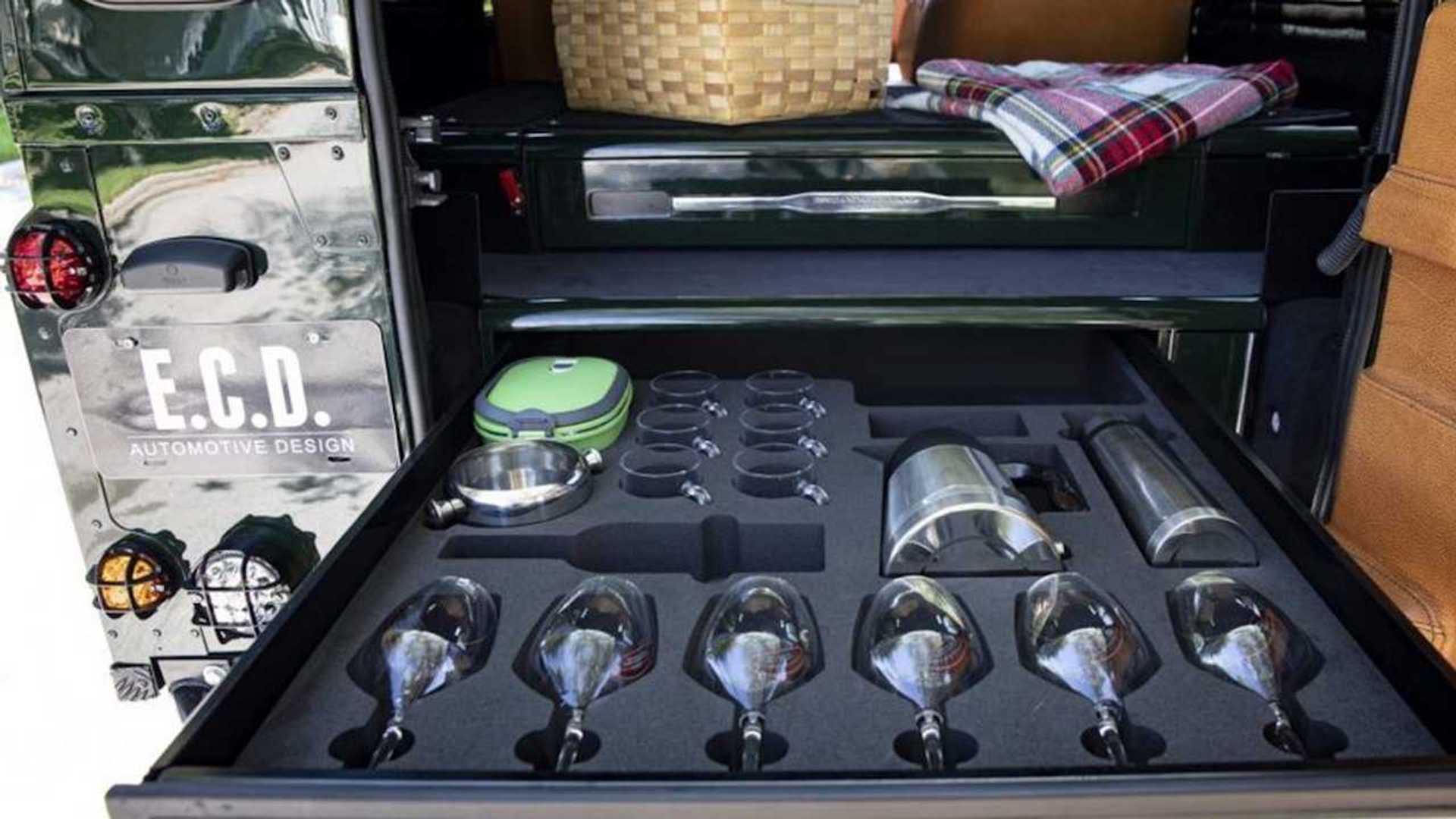