Let us introduce you to the term "Manila-proofed."

Have you ever been to Manila, or more correctly, Metro Manila? If you did, well, congratulations, you've been to one of the worst places to drive in the whole world. And that isn't an exaggeration, coming from someone who's been living here his entire life.

Motorcycles precariously weaving in and out of lanes, a six-lane thoroughfare that's filled to the brim with all types of cars, and potholes big enough to destroy even the suspensions of small crossovers – these are just a few of the adversaries you should expect if you plan to drive here. Not to mention, floods that seem to appear out of nowhere.

These are also the reasons why Atoy Customs – the same guys who made the slammed Toyota FJ Cruiser we've featured before – came up with the idea of a Manila-proofed Toyota Land Cruiser. Photographed and presented by Street63, this modified LC200 was built to withstand both urban and tropical jungles.

Upfront, Atoy Customs geared this LC200 with a Rival Russia aluminum lightweight front bar in conjunction with a 6mm under-vehicle protection plates. On the sides, a Line-X-coated Opposite Lock stepboard serves as another form of protection. The rear end gets a Kaymar rear steel bar.

It's basically a wrap-around protection, supplemented by a full Icon Vehicle Dynamics Stage 6 Suspension System to withstand the aforementioned crazy potholes. As for the shoes, this LC200 is fitted with a set of Method 310 Con-6 18x9 wrapped with BF Goodrich KO2 All-Terrain tires.

Overkill? I don't think so. It's really that crazy here, especially before the pandemic struck us. At least the bevy of upgrades to this SUV could give its owner with peace of mind wherever he goes. 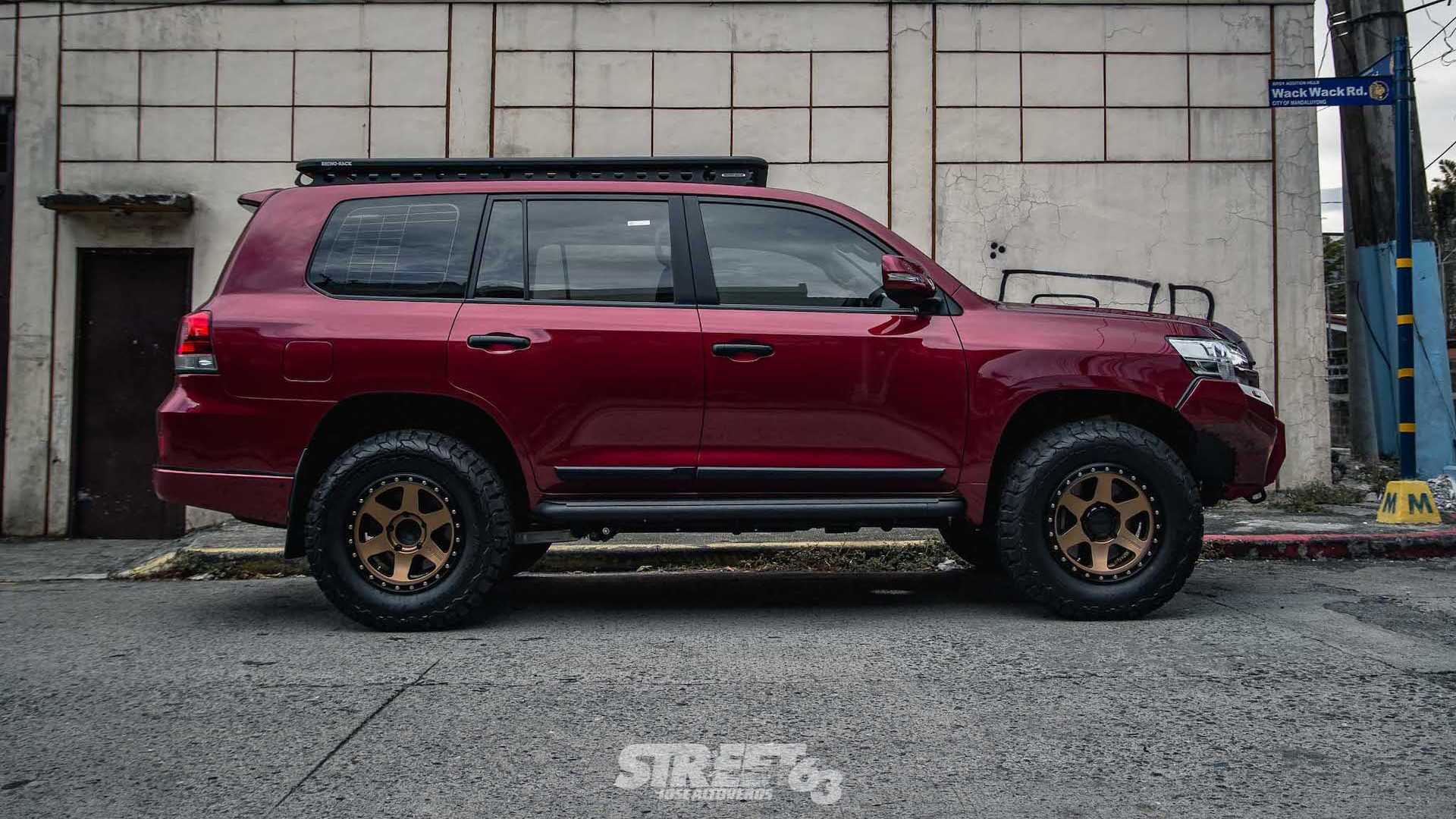 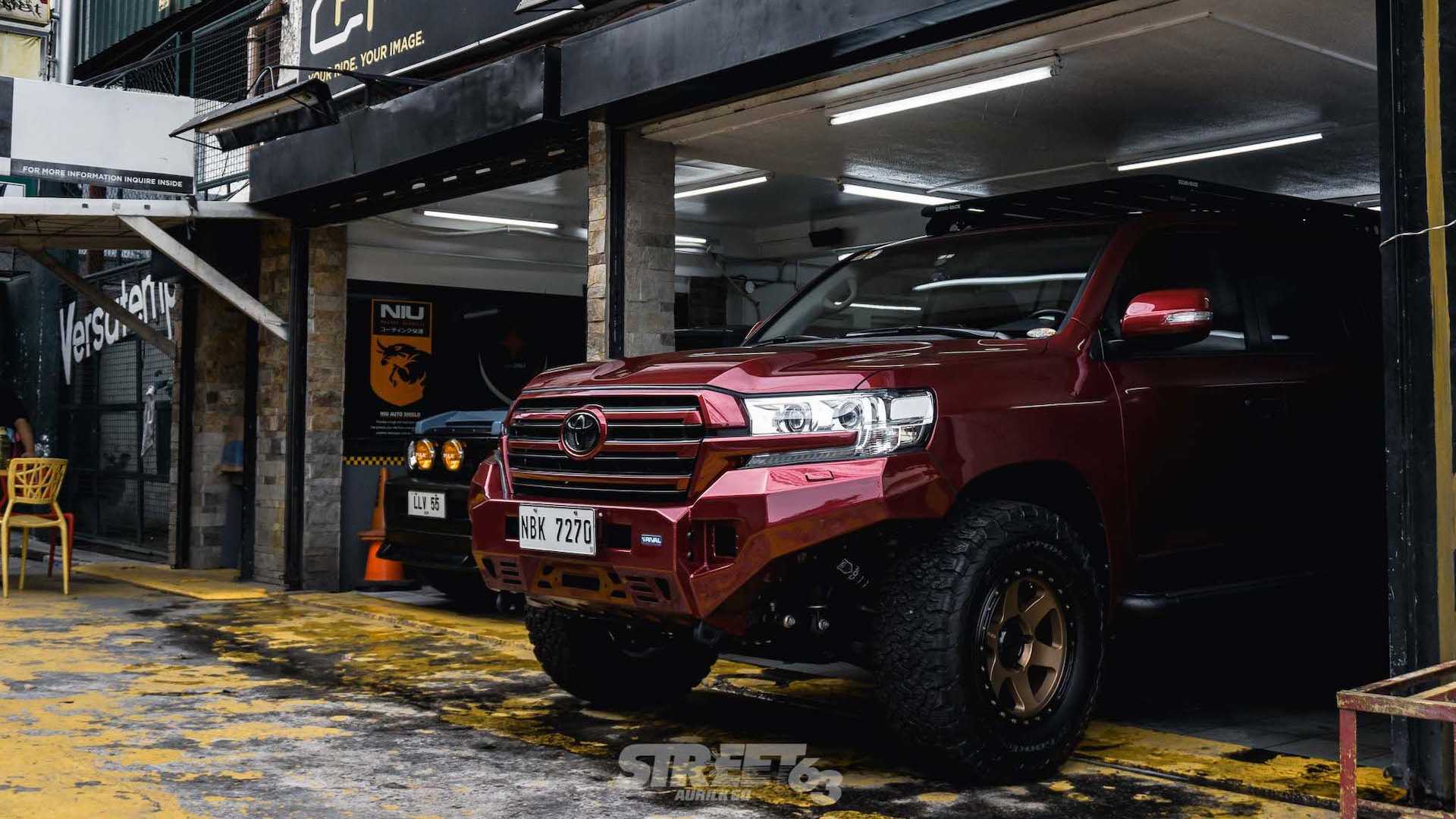 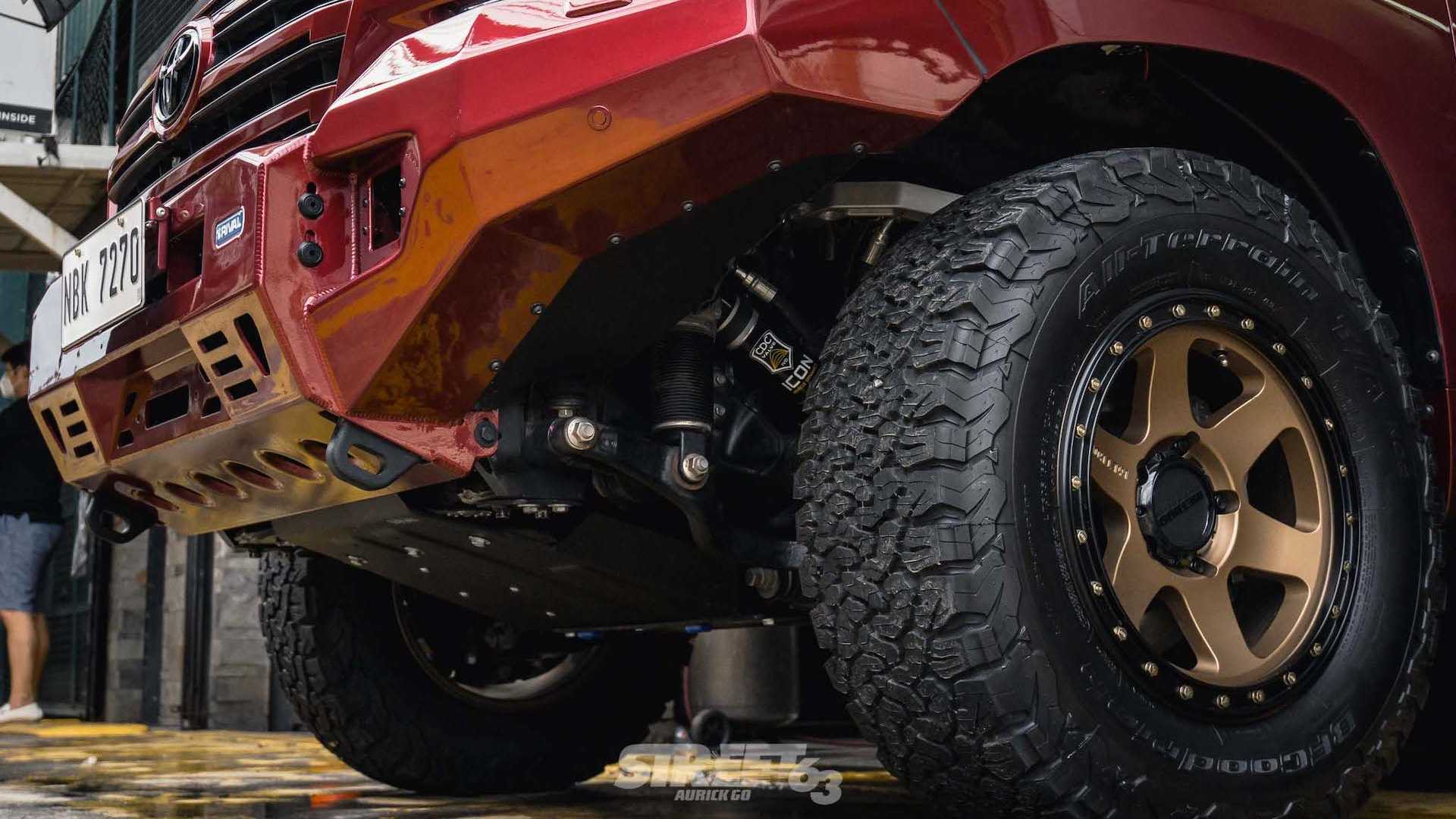 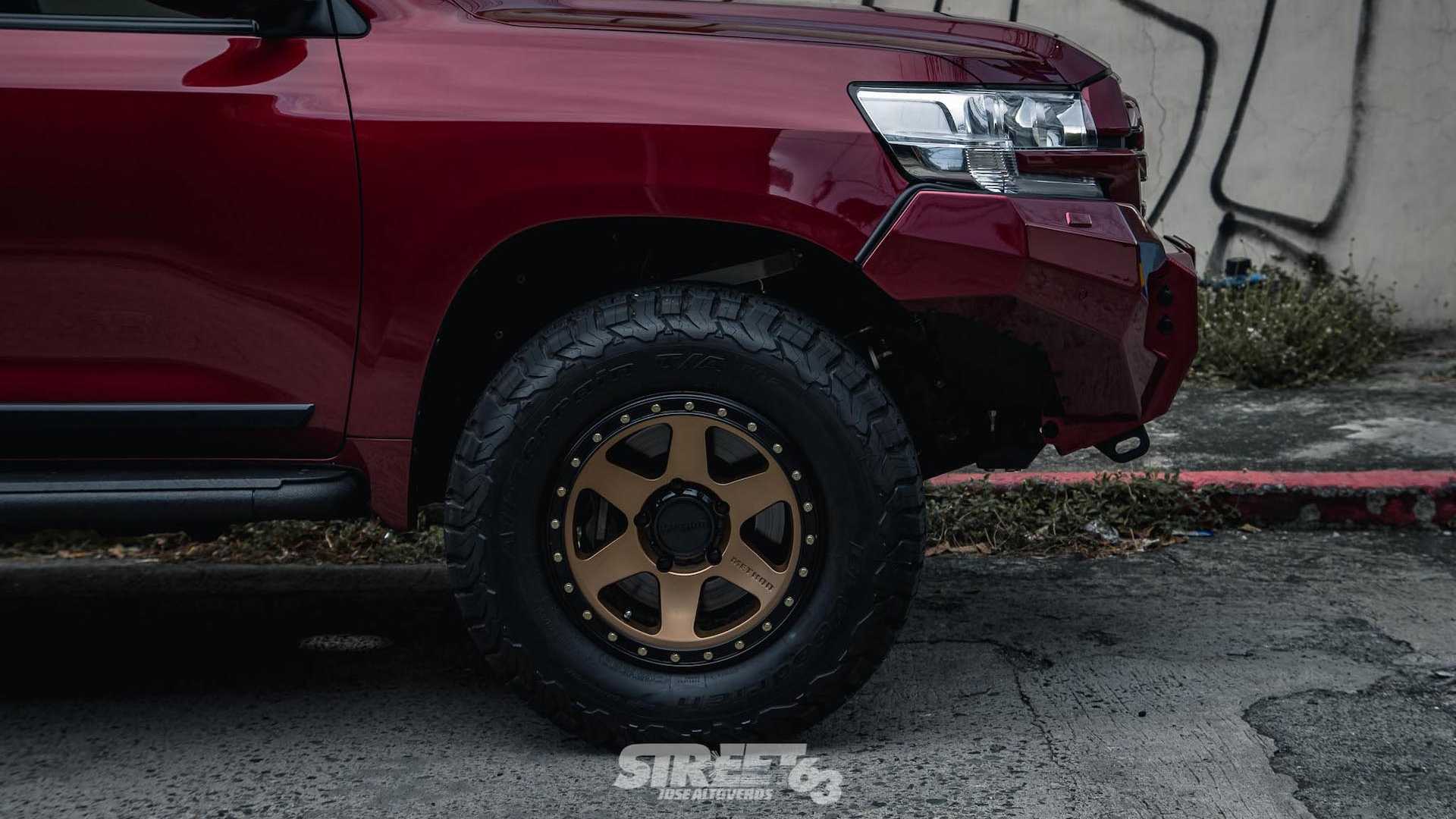 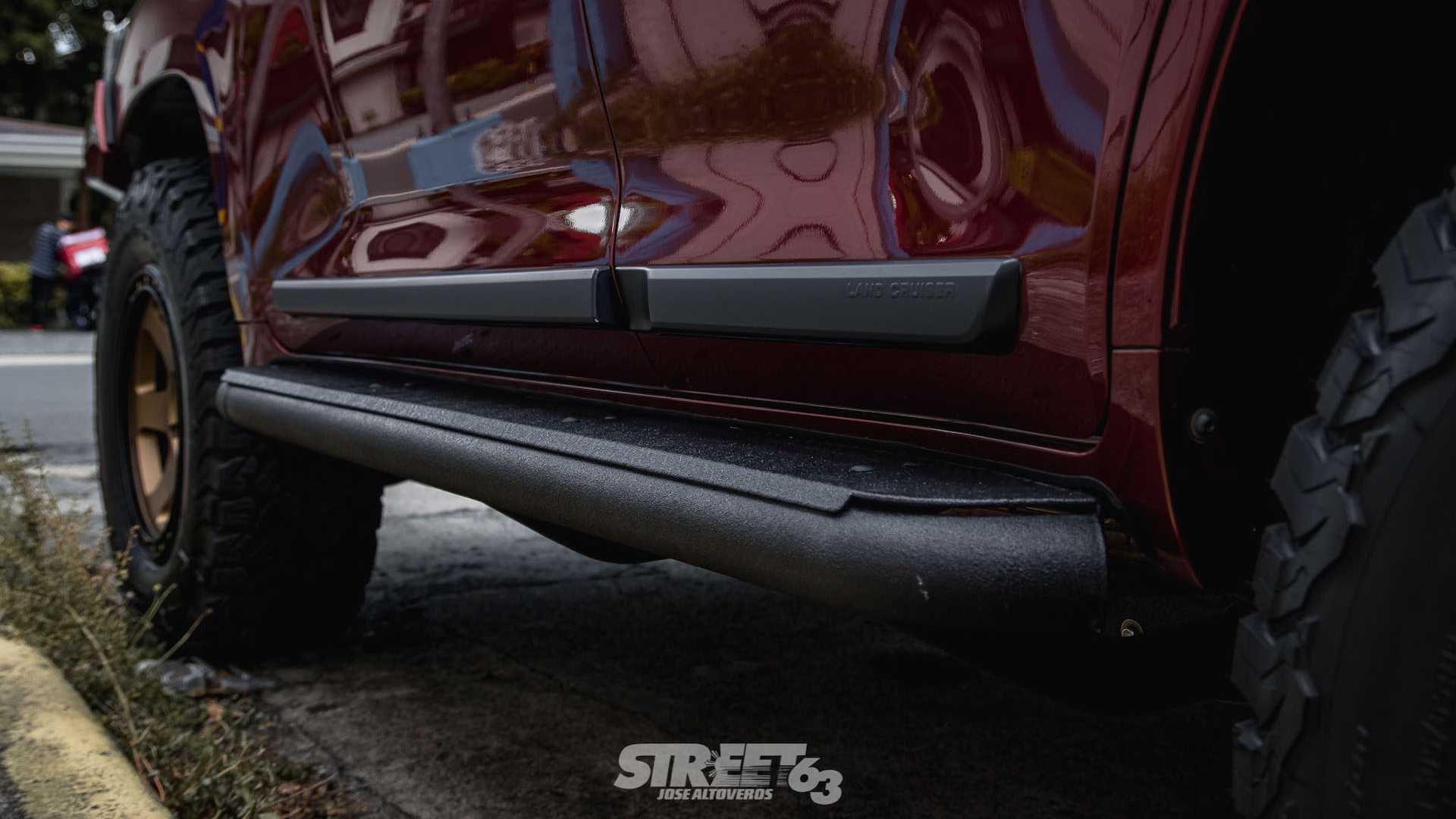 This Stretched Toyota Land Cruiser Is Bulletproof, Has Parade Roof19 May 2020
Toyota Land Cruiser Namib Might Be Coolest Car On Sale... In South Africa19 September 2019
Japanese Tuner Icons: Toyota Supra20 December 2012
These Are The Best Custom Cars That We Saw In 201616 January 2017
This Old Toyota Grand Hiace Camper Makes Clever Use Of Space11 July 2019