Elon Musk Takes the Tesla Cybertruck Out for a Ride in Malibu, Wants You to See To celebrate winning the defamation lawsuit filed by diver Vernon Unsworth, Elon Musk took himself and friends out for dinner at the paparazzi-friendly restaurant Nobu in Malibu, California.

When you're the CEO of Tesla, you don't just hail an Uber or hitch a ride with a friend – not when you have so much riding on your next EV offering, especially after the bad media coverage over the shattered window made of unbreakable glass. So Elon drove the Cybertruck prototype, and there is video and photos to prove it.

Since its launch on November 21, there have been a handful of sightings of the Cybertruck in the wild, but this is perhaps one that allowed gawkers the most time to fully take it in. Sure, the Cybertruck is still on the ugly side and somehow apparently more so given the visual clash with the other vehicles, but it's impressive nonetheless.

The Cybertruck doesn't start delivering until late 2021, so this is just like advanced, covert marketing. Or, better yet, damage control for what went wrong in the demo and for all the negative stuff said about the EV since the big unveil.

TMZ says actor Edward Norton came out of the restaurant with Musk, although he wasn't a member of his dinner party, to have a look at the truck, both from the outside and in. There is video at the link and, as you can see in the photos in the gallery attached, Musk had heavy security with him. Massive bodyguards made sure by-standers didn't get too close to the truck or, for that matter, get too good a look inside.

Make no mistake, though, this was no accidental sighting. In the world of celebrities, if you want to be seen, there is no better place for that than Nobu, a staple with the paparazzi and stars alike. Moreover, Musk made sure the valet left the Cybertruck up front while he had dinner inside, which is another tell-tale sign that he wanted us to know that he'd taken it out for a ride. He wanted us to see the real thing. 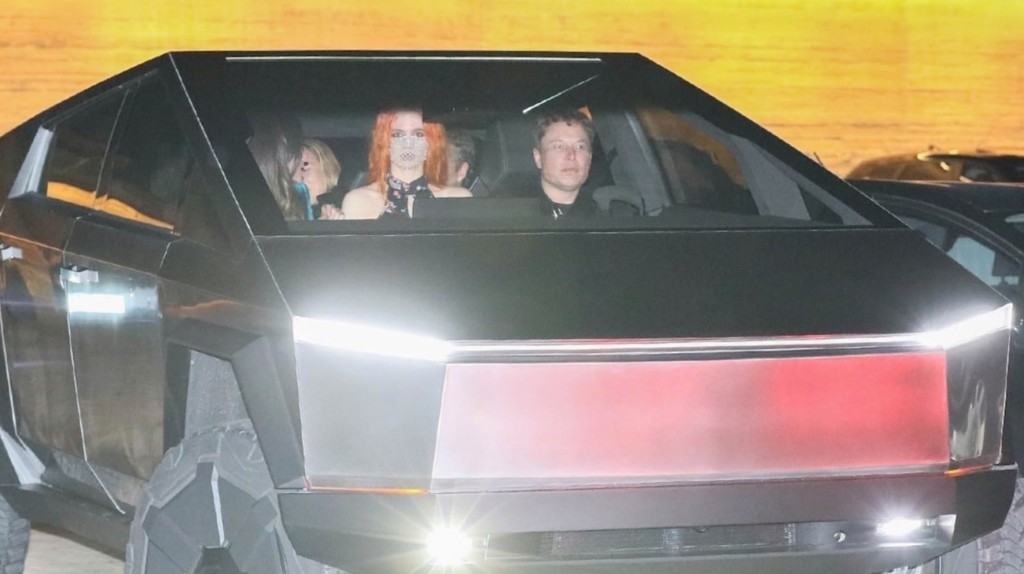