Over 600 horsepower is on tap

There's a new Ferrari in town, and it's called the Roma. Take a second to enjoy the few photos Ferrari shared with us for the time being. It's a gorgeous two-door coupe.

Unfortunately, Ferrari hasn't said much beyond the car's vitals yet. We know it's equipped with the 3.9-liter twin-turbo V8, which is paired to the eight-speed dual-clutch transmission found in the SF90 Stradale. The boosted V8 is sitting at 611 horsepower and 561 pound-feet of torque. Ferrari says it'll get to 62 mph in 3.4 seconds and reach a top speed somewhere just north of 198 mph.

Its wheelbase is exactly the same as the California T at 105.1 inches, but it's slightly longer overall by a few inches. The car's dry weight is quoted at 3,245 pounds, which makes it lighter than the California T convertible. We're guessing the cars share a similar platform, but Ferrari doesn't make that clear in its rather sparse release.

The car is described as a "2+ coupé," so a nearly unusable set of rear seats is likely behind the two front seats seen in the one interior photo. We've asked Ferrari for further clarification here. As for the rest of the interior, it looks like a revolution in technology and design. We spy a completely new infotainment system and center stack layout, and the gauge cluster is all digital, as well. Plenty of touch capacitive buttons appear to have made their way into the cabin, and we're especially confused by the operation of the strange gear selector just below the central infotainment system (pictured below). Just like other new Ferraris, the passenger has a screen directly in front of them, too. It's a good looking interior; we just want to know more about it.

Ferrari says it's called "Roma" to represent the "carefree, pleasurable way of life that characterized Rome in the 1950s and '60s." We'll have more to share with you soon, so check back for additional details on the newest Ferrari. 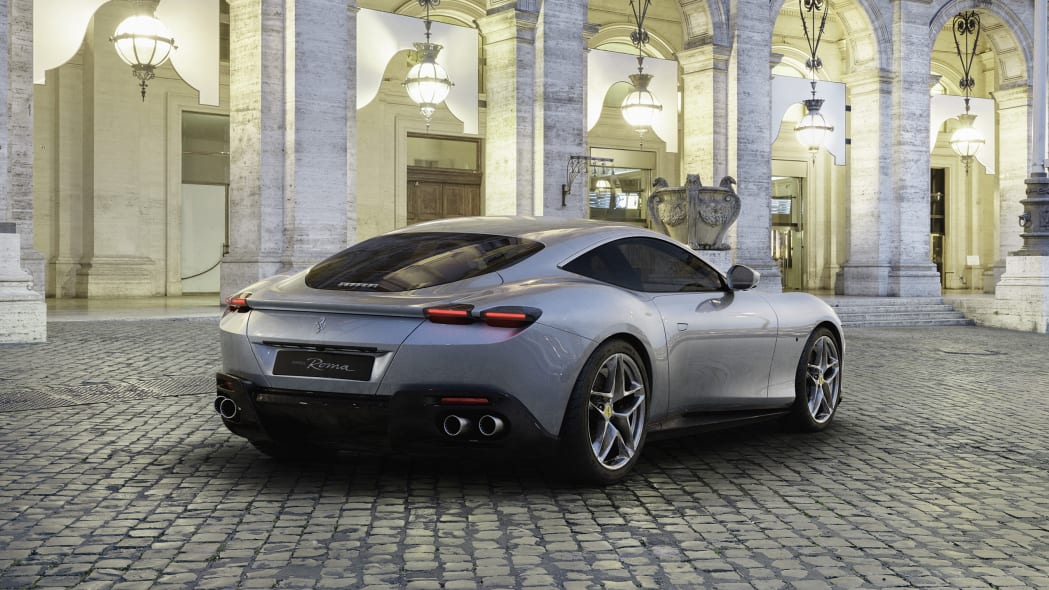 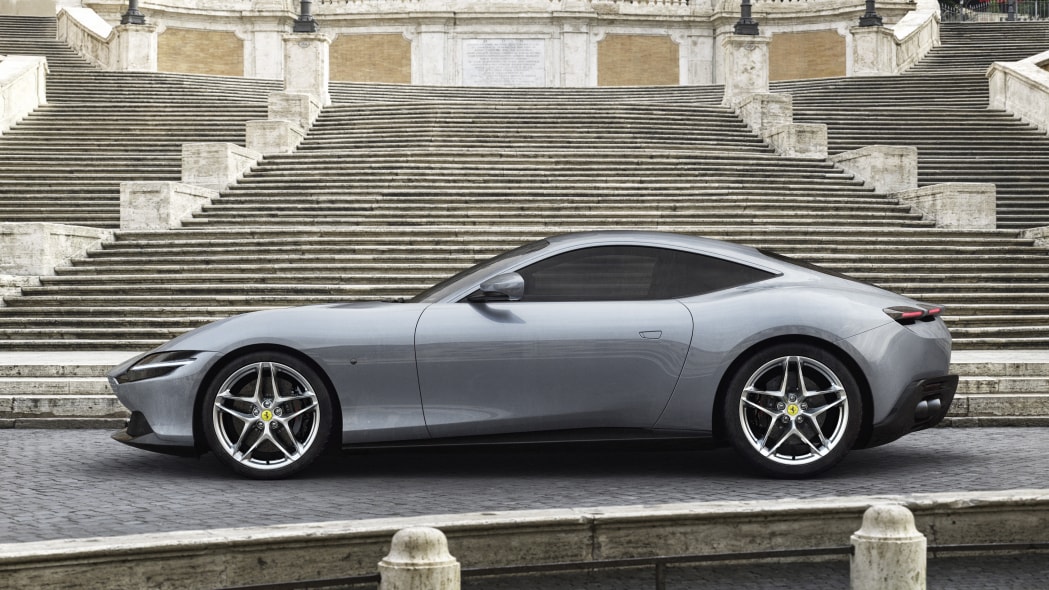 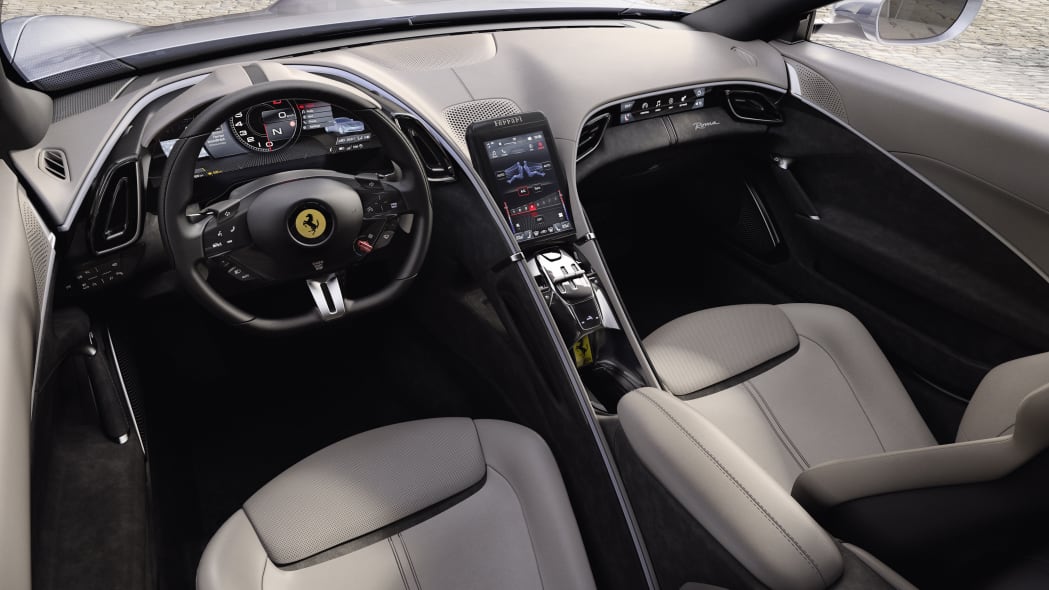