mansoryrolls-roycerolls-royce cullinantuning
We’ve had countless encounters with the Rolls-Royce Cullinan, including a few hands-on experiences with it, and just like most of the jet set, we cannot have enough of it.

And who can blame us? After all, we are talking about what is arguably the most luxurious SUV ever made, though we reckon Bentley might beg to differ.

However, that is a totally different topic, and this story has nothing to do with the Bentayga, but with another Rolls-Royce Cullinan modified by Mansory. Just like most of their previous builds involving the model made at Goodwood in the UK, this one is a bit too flashy for our taste.

Sporting a bi-tone look that mixes turquoise at the front end and black at the rear, the body is decorated by all sorts of gold inserts, including 24-carat leaf finishes. Thus, those accents visible on the hood, wheels, and certain trim that make it look even brasher were obtained using gold leaves, and they are not the only controversial mods, as it also has a special look for the upper and lower grilles and a wide body kit.

The latter is not unheard of when it comes to something that bears Mansory’s signature, as most of their projects sport similar updates. It comprises the fender flares, front bumper attachment, new side skirts, rear spoilers, and sportier diffuser that hosts an extra brake light in the middle. Additional trim is visible all around, and the vehicle sits on a pair of 10x24-inch wheels, dubbed the FD.15, which were the work of the same tuning company.

Opening the door reveals an equally controversial-looking cockpit, with too much turquoise that is anything but classy. The colorful material is visible on pretty much all touchable parts and was wrapped around the dashboard panel, center console, door cards, seats, headrests, pillars, sun visors, and headliner. There are a few black touches here too, with more gold decorating them. Orange piping can be seen on the seats, dashboard, and door cards, and Mansory’s name bedecks the headrests in the same hue. A starlight headliner is obviously on deck, too, next to the model’s name in front of the iDrive rotary dial used to control the infotainment system. 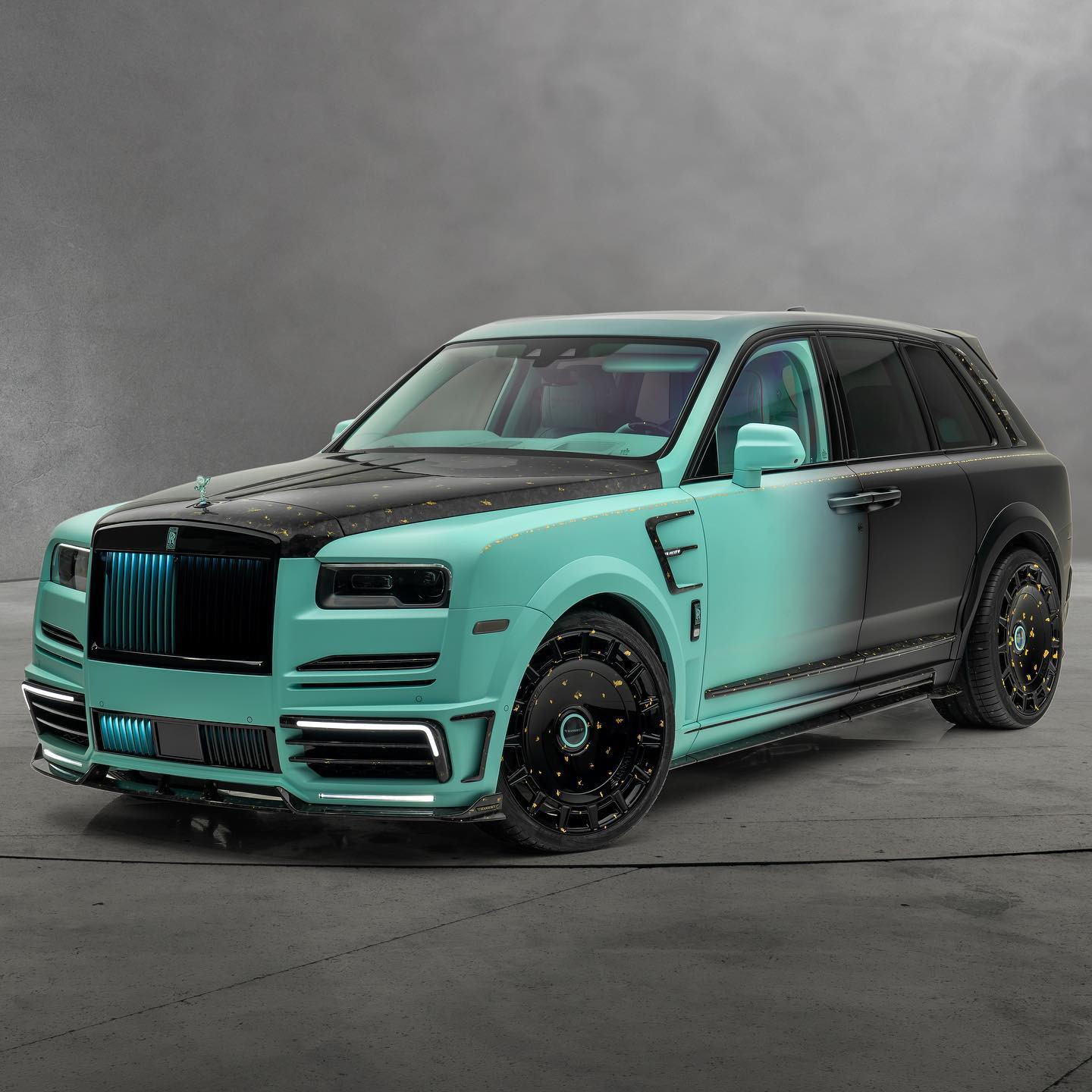 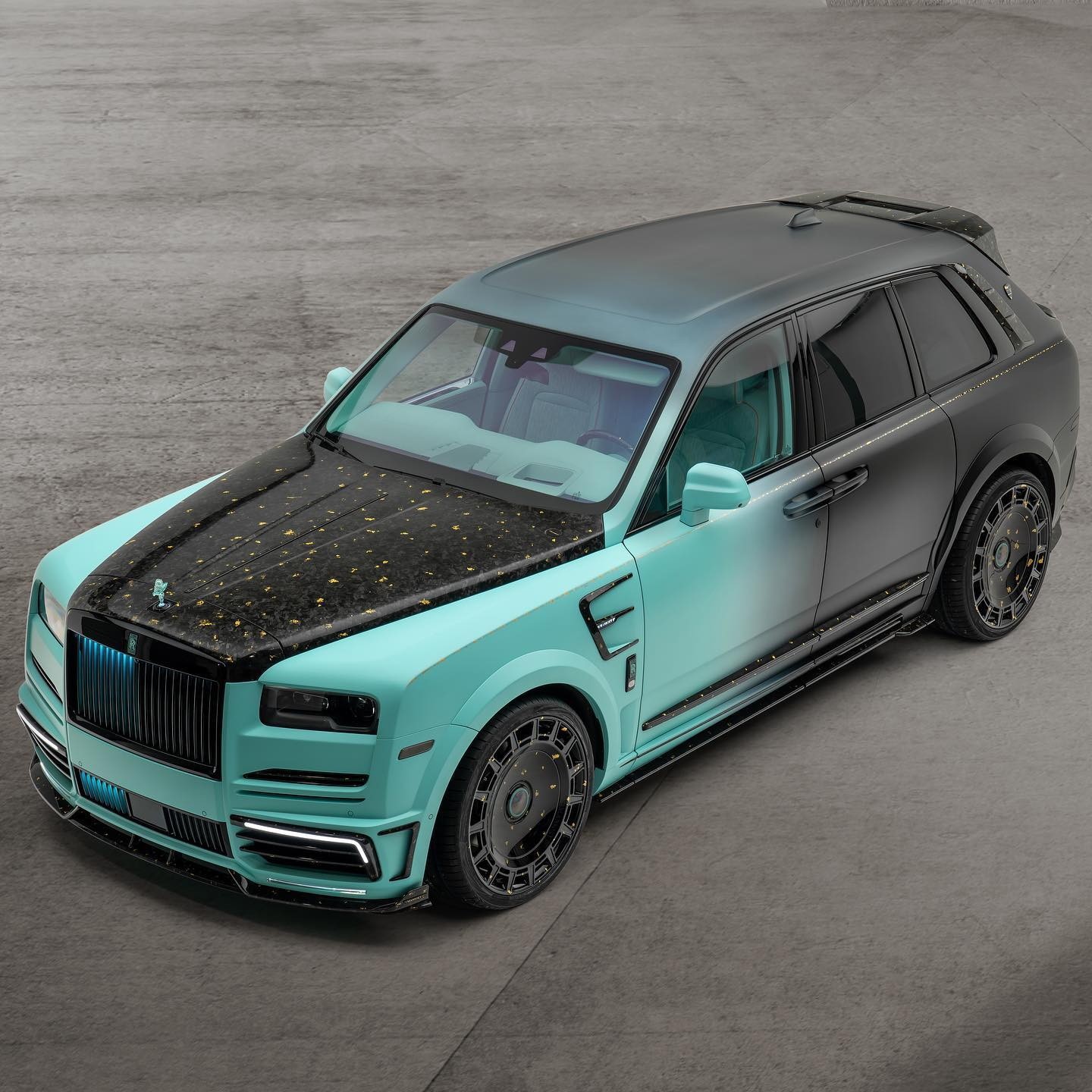 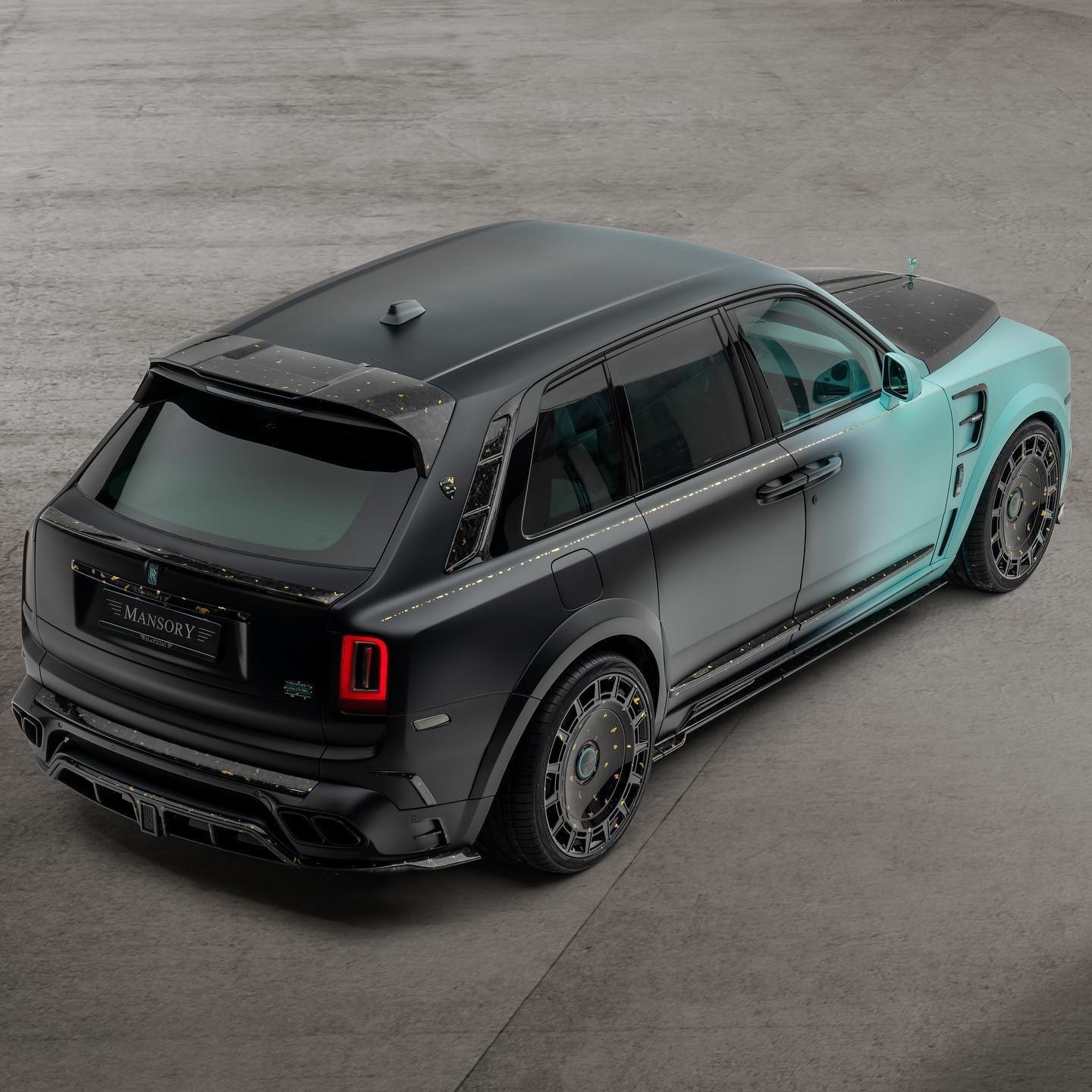 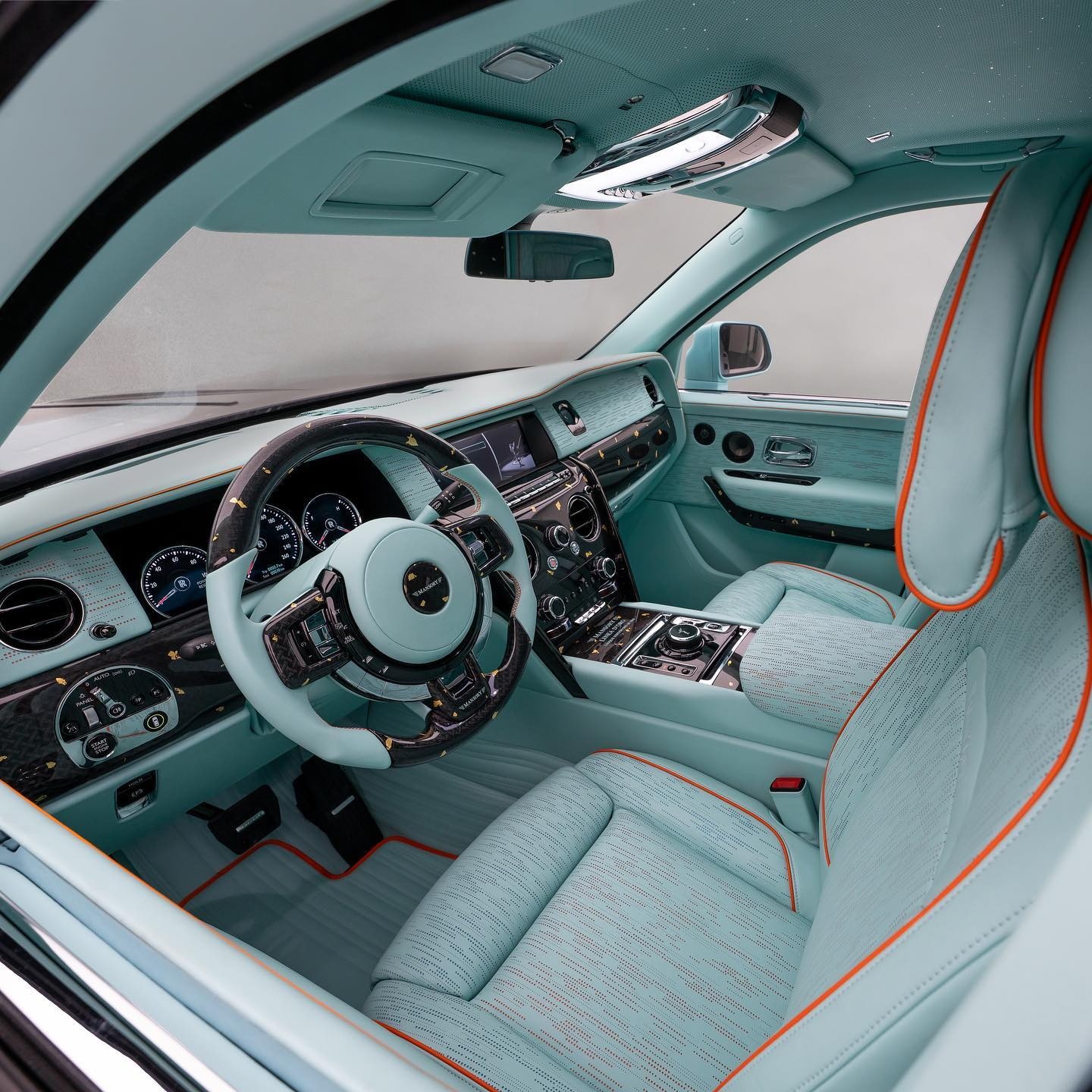