The cars will be part of Ford's big display at the show.

Ford is pulling out all the stops for SEMA this year. These seven Mustangs will be part of the automaker's massive display at the show, originating from various tuning shops with different interpretations on the "ultimate' Mustang. We'll be honest – with a platform as popular and as far-reaching as this, it's very tough to build something that really stands out in the crowd. Considering the vastness of SEMA and the commonality of Mustangs, we'd say these offerings fall on the conservative side, but we'll leave the individual critiques up to you. 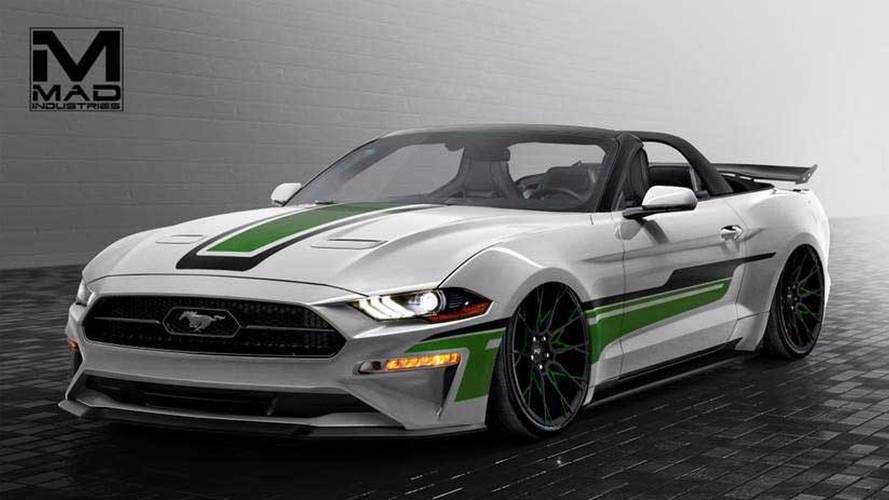 With a name like MAD Industries, one might expect something, well, mad. The press photo actually shows a rather conservative car – in this case an EcoBoost model with minor Ford Performance power upgrades. It's obviously lowered, riding on coilovers with Wilwood brakes, and the green/black motif over while is pretty attractive. Perhaps the mad portion comes with the interior, where something something called AL Priority Quint laser defense and parking system is installed. Laser defense? This is something we must know more about. 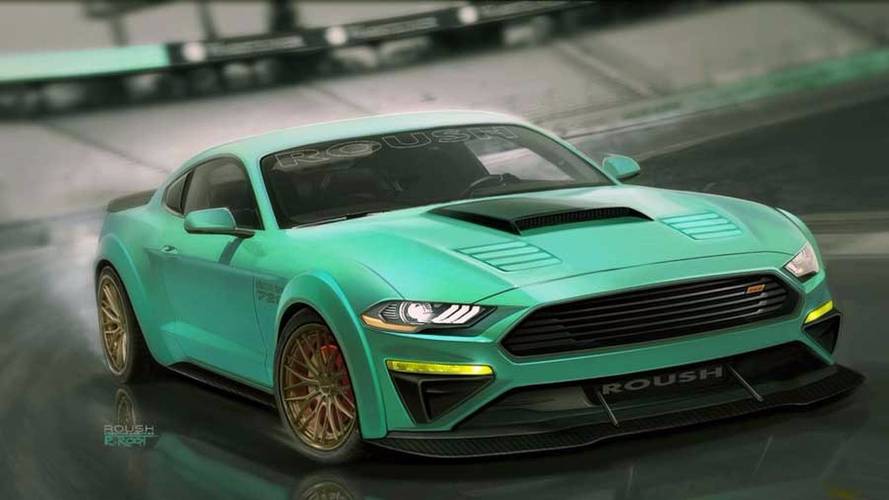 Okay, Roush isn't exactly an unfamiliar name in the Mustang world. Drawing inspiration from the old Boss 429, Roush dipped into its horsepower coffers and bolted up a big blower with active exhaust and a cold-air intake, and it's all fed through a hood scoop that could've come straight off a vintage Boss. Unlike the original, this Mustang shuffles that power through a 10-speed automatic, which frankly seems a bit awkward to us. The wide body kit is properly menacing, however, and the Grabber Green paint leads us to believe that someone, somewhere, has already nicknamed this thing the Hulk. 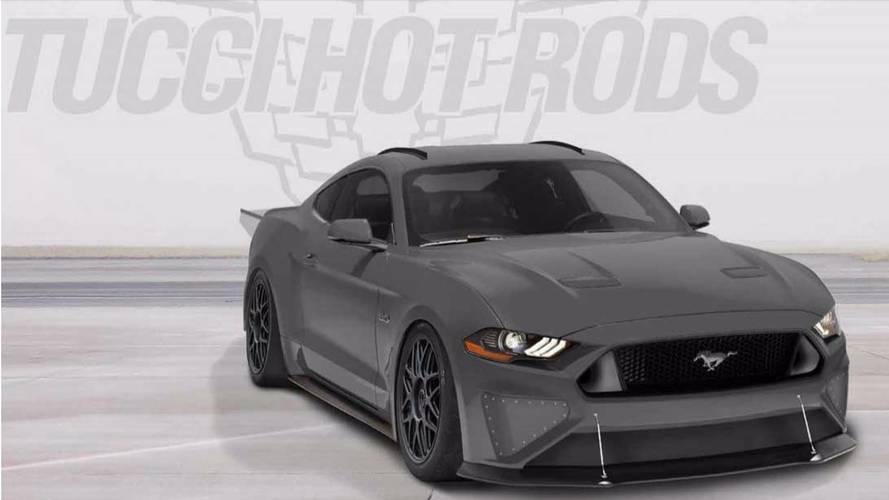 This Mustang has a singular mission – hit 200 miles per hour. We're not sure if anyone told Tucci that a road-legal Mustang – from the factory no less – has already done that, but hey, kudos for trying. We give credit for a very understated, functional look with aerodynamic bits designed to help the Pony car slip through the air without sacrificing downforce. And it needs grip, because it packs a Hellion twin-turbo kit with a host of brake and suspension upgrades. It, too, uses Ford's 10-speed automatic, but it also comes with a parachute, so we'll give the slushbox a pass this time. 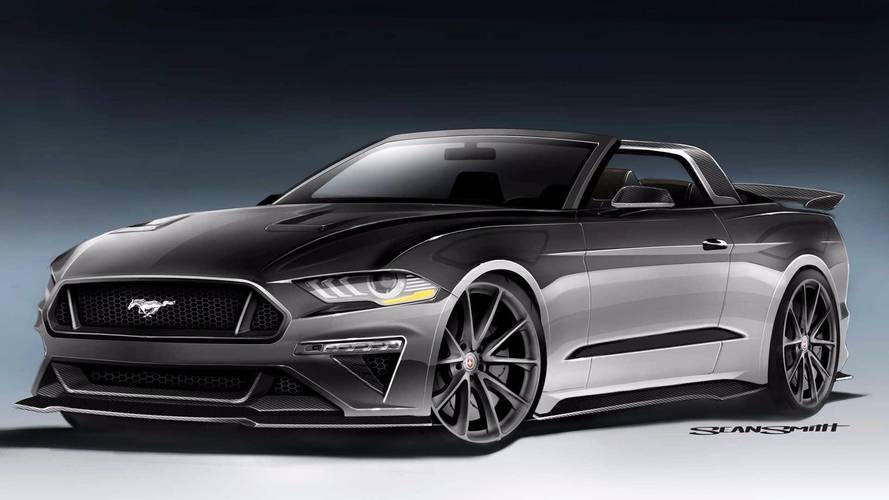 Here's another mild take on wild upgrades. Its theme is that of the classic American roadster, but we're not sure how a bevy of carbon fiber really fits that theme. This car has it in spades, from diffusers and splitters to mirror covers, and it continues inside with a carbon fiber roll bar. The Bomber Brown leather interior is something we'd definitely like to see more of, not to mention underhood where a supercharger sits atop the standard-issue 5.0-liter V8. There are also coilovers at all four corners, and yes, the 10-speed automatic is in effect to delegate power rearward. 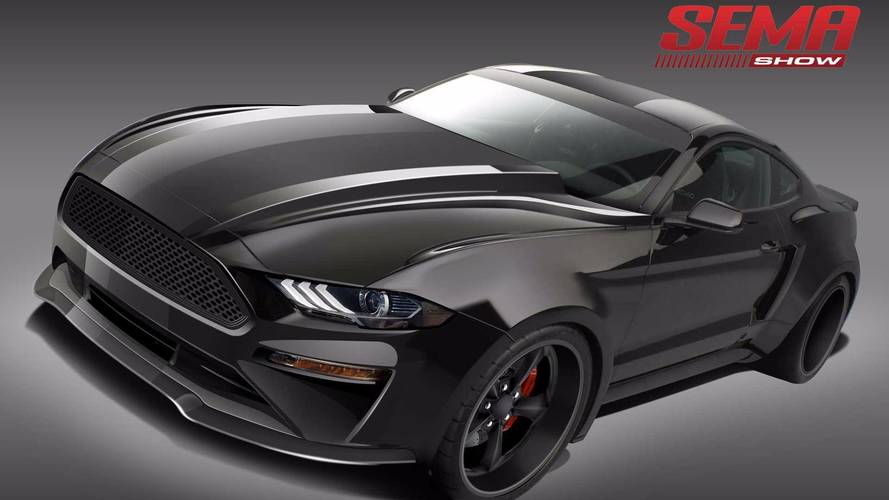 Here's another V8 Mustang with another supercharger and another body kit, though this time we get to manually shift through six gears, so that's a plus. This car was designed by professional racer Brad DeBerti, and if we're honest, it looks pretty darned good. The suspension has been tweaked a bit (no coilovers this time), and the wide body kit looks like it was always part of the Mustang design. The look is smooth, and we suspect the speed is downright spooky. 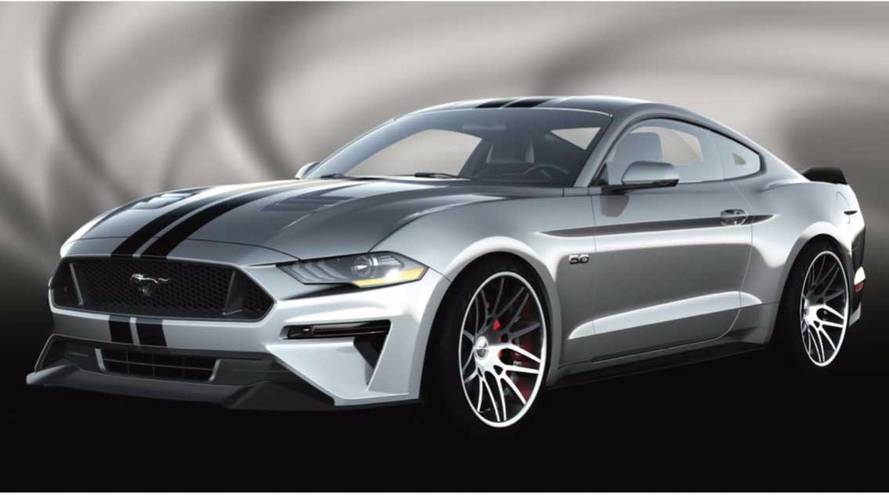 Perhaps it's because this Mustang isn't gobs of black, or maybe it's that big front splitter, but something about this car just ticks the right buttons. Never mind that the rendering has 5.0 fender badges while the description says it runs a stock 2.3-liter EcoBoost mill. This car is all about looks, and to Air Design's credit, it looks great. The parts are also apparently easy to install, and they're "specially designed and crafted for their interchangeability." We're not sure how you interchange a front splitter with a rear diffuser, so we'll just sit back and enjoy the picture and not think too much about it. 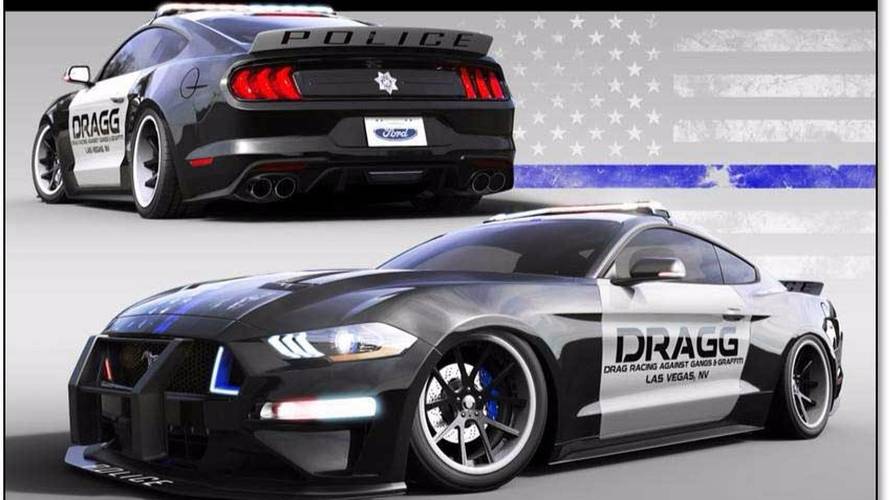 We'll resist the urge to say this car has cop shocks, cop tires, and a cop motor. Oops, we said it anyway, but don't believe it. This police-themed offering actually uses Ford Performance lowering spring, 305-30 series rubber that's much wider than cop-spec, and the engine is Ford's 2.3-liter EcoBoost festooned with a cold air intake and exhaust. This car stems from the non-profit DRAGG group, which stands for Drag Racing Against Gangs and Graffiti, and its purpose is to lure mischievous youths to the drag strip to race against cops. That's a noble cause, which is why we love the car. Also, it has flashing lights and a freaking push bar. We need these things in our lives.