Both Google and Apple bet big on street-level imagery for Google Maps and Apple Maps, respectively, so the two tech giants have lots of cars driving around to provide us with updated content.

So awkward encounters sometimes do happen, including this one that was caught on camera by Google and then published on Street View for anyone to see.

Both the Google Maps and the Apple Maps cars were taking pictures of the 7th Avenue in New York when they spotted each other before the latter decided to take a break just in front of a Ruby Tuesday.

It goes without saying there was a moment of silence when the two met, with the guy in the Apple car holding an iPad caught on Street View as he literally stares at the Google Car.

As users on reddit point out, this isn't the first time when the cars of the two tech giants meet, as similar images can also be found on Apple Maps Look Around in several locations.

For what it's worth, both Google and Apple have been hard at work to improve their mapping services, as the two have recently released major updates with new imagery and features.

Google Maps turned 15 this month, and to celebrate the anniversary the search company rolled out not only a massive pack of improvements, but also a special-edition car that drivers can use when enabling navigation behind the wheel.

On the other hand, the Apple Maps update comes with plenty of goodies for those living in the United States, including traffic lights and stop signs during navigation. Such content is available both on an iPhone and in CarPlay, and Apple promises that a similar update is on its way to users in Europe later this year.

The new updates are available in Google Maps on Android and iOS and Apple Maps on iOS after installing the latest versions from the two app stores. 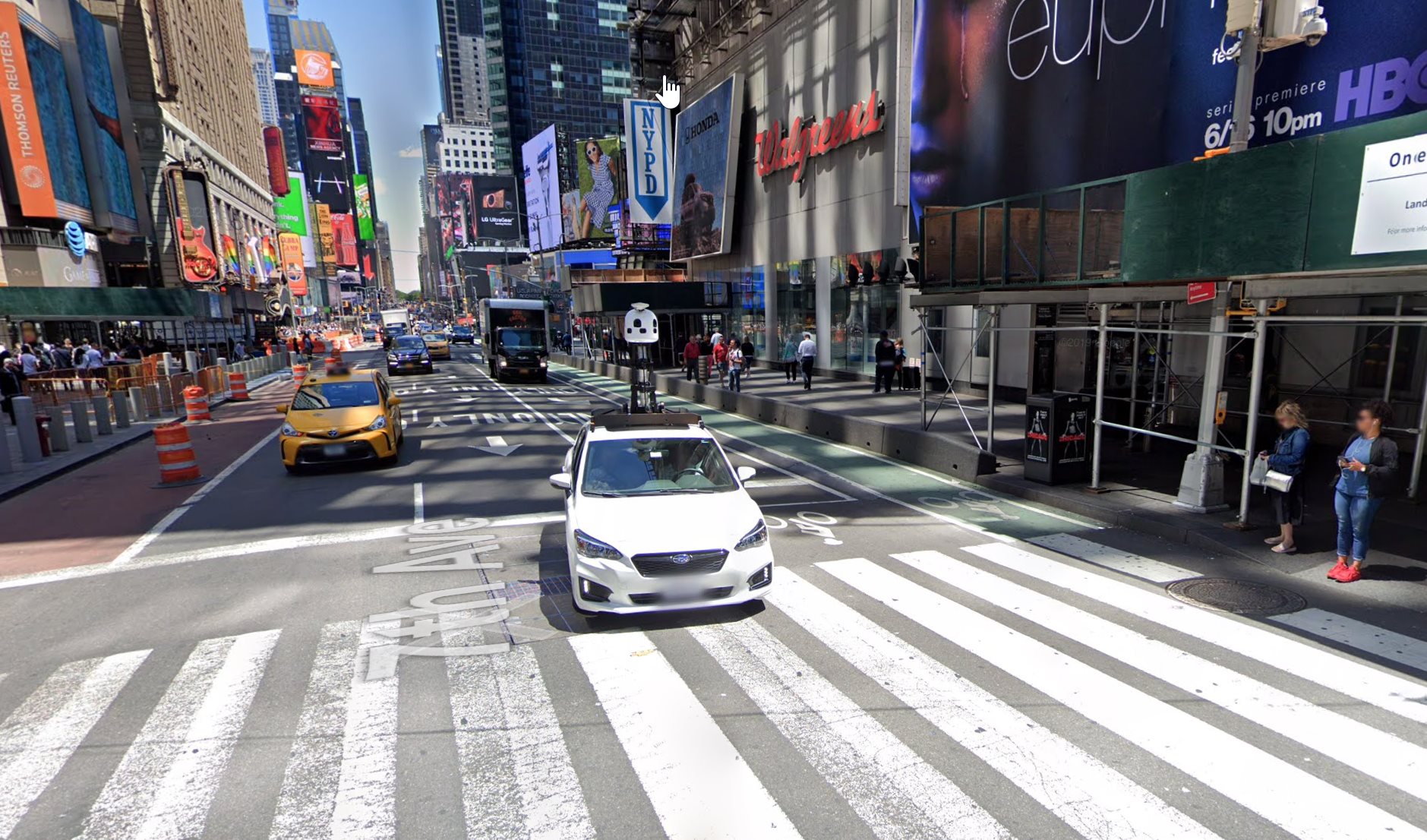 Google Maps Redesign Puts Traffic, Transit, Places, And More At The Bottom Of The Screen7 February 2017
Don’T Use Google Maps To Drive To A Burger Place Or You’Ll End Up In A Volcano28 January 2020
Nearly 100 Drivers Followed A Google Maps Detour -- And Ended Up Stuck In An Empty Field2 July 2019
Finally, Google Maps For Motorcyclists23 July 2018
Stealing Autonomous Car Secrets From Google Lands Former Exec In Jail7 August 2020