Heavy rain: the Capital Was Paralyzed by Floods Of heavy rain falling on much of the country since mid-day. Port-Louis, flooding made many roads impassable important, creating a traffic jam that has paralyzed the city center.

Aside from the traffic problems in the capital, the Grand River Bridge is temporarily closed to traffic due to water accumulation. Victoria Station is also under water. Fifty centimeters of water witnesses said. It's the same street Labourdonnais. Several accidents have also regrettable, this Saturday, March 30.

The highway is completely cut off in both directions up to Camp Chapelon. Many vehicles broke down on the highway making the situation even more difficult for the police trying to remedy the situation. 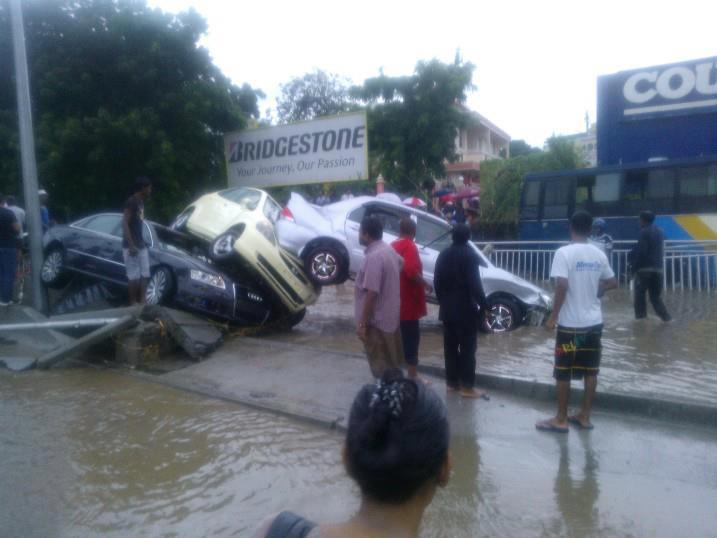