It’s common knowledge among most people with even the remotest passion for cars that Lamborghini has not always been the maker of supercars.

The company started started out making tractors, and it was only Enzo Ferrari's character that pushed this company into being what it is today.

So yes, Lamborghini started out in the agricultural industry, but how many of us can say we've seen the Italians' early products? Well, here's one right here.

The photos in the gallery above show a Lamborghini tractor from 1965, tracked and primed to do its thing among crops. It currently stands for sale on the Hemmings website, and at the time of this offer the bid is up to nearly $5,000.

This particular tractor is running on tracks, but the way it was build allows for it to be fitted with two wheels at the rear, mounted over the tracks, and one caster wheel at the front. The tractor is powered by a two-cylinder engine linked to a four speed-manual transmission that develops just 26 horsepower, shameful for a Lambo, but more than enough for a tractor. The engine has just 2,134 miles on it.

Lamborghini is still making tractors today, as a company under the Società Accomandita Motori Endotermici. But it is not this business that made Lambo famous, but the supercar one. And as said, it all started as a reaction to Ferrari's bullying.

Back when the Prancing Horse was still run by its founder, Ferruccio Lamborghini, a former Air Force soldier, was one of the company's biggest fans. Racing Ferrari cars whenever he could, Lamborghini soon got the idea he could advise Ferrari on how to make his cars.

He tried, but Enzo responded he'll take no advice from a tractor mechanic, and effectively pushed Lamborghini into making his own road car. He presented it at the Turin Motor Show in October 1963 as the 350 GTV. 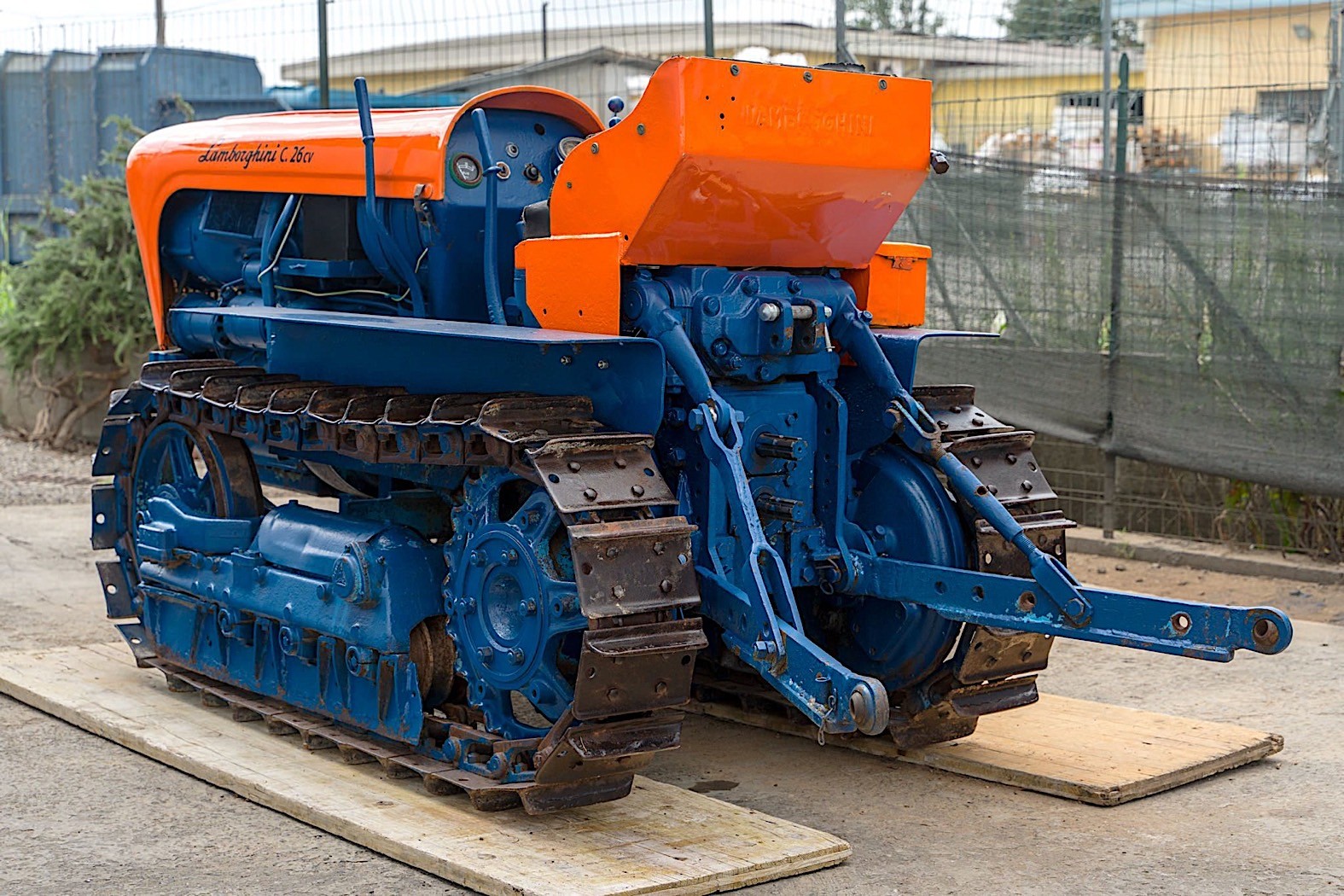 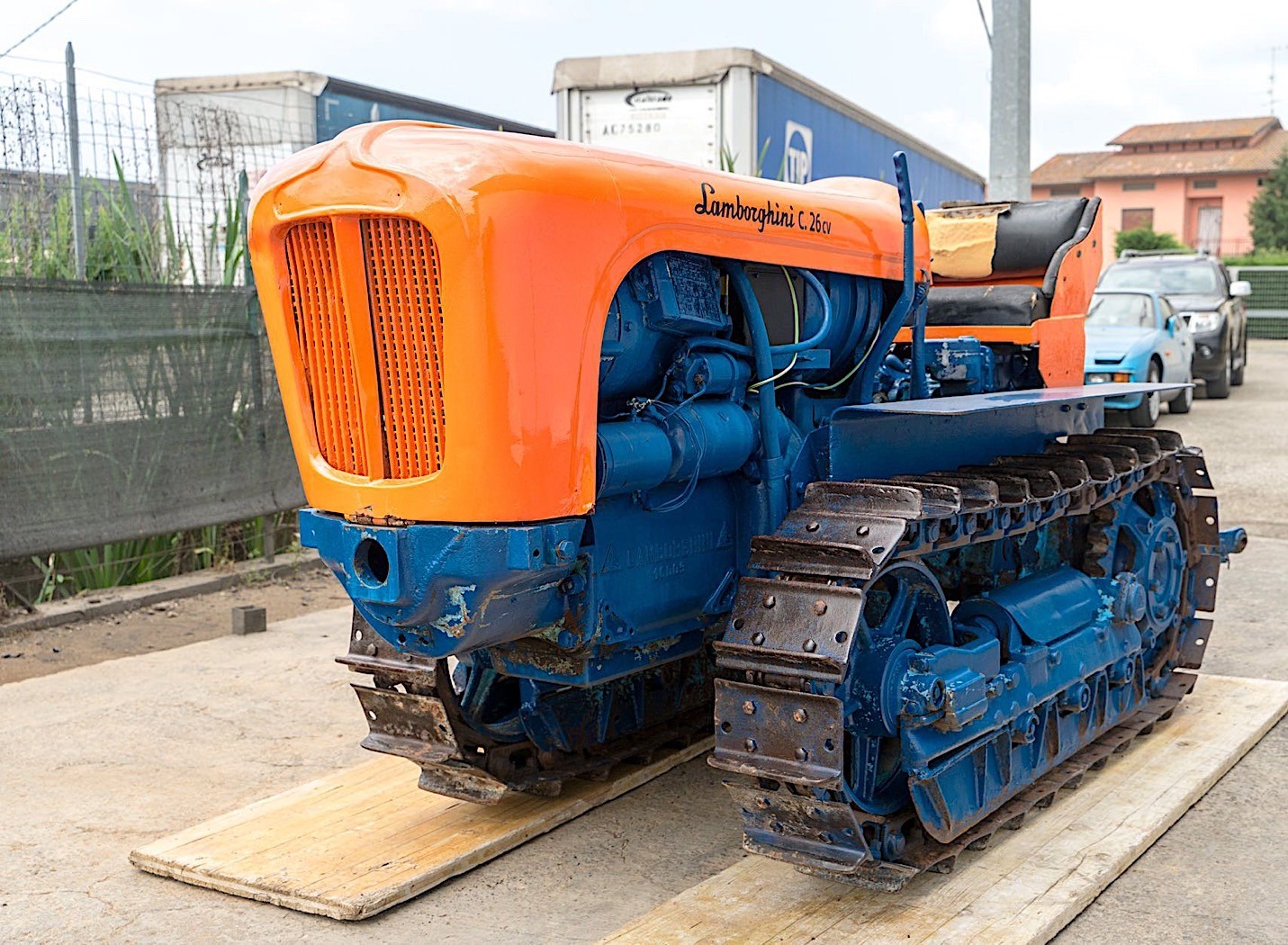