lamborghiniLamborghini Aventadortuning
It doesn't have more power, not like it needed it anyway.

Novitec has decided to put Sant'Agata Bolognese's V12 Hulk on a diet by shaving off some fat from a very green Lamborghini Aventador Superveloce Jota. At 1,525 kilograms (3,362 pounds) before adding fluids, the SVJ isn't super heavy considering it packs a massive engine, but the Bavarian tuner wanted to remove some of the weight. It ultimately took off 19 kilograms (42 pounds) without using carbon fiber as some would be tempted to believe.

The weight loss was achieved by swapping out the stock exhaust system and replacing it with a custom stainless setup developed by Novitec with or without actively controlled flaps to modify the V12's soundtrack. According to the tuner, the naturally aspirated 6.5-liter mill breathes better now and delivers a more exciting note throughout the rpm range as you can hear in the video attached at the bottom. Metal catalysts can be had to go with the custom exhaust to achieve the diet and improve performance.

There's more to the Aventador SVJ than its shiny new exhaust as Novitec also swapped out the stock wheels and replaced them with a forged rim measuring 20 inches at the front with Pirelli P Zero Corsa 255/30 ZR20 tires and 21 inches with 355/25 ZR21 rubber on the rear axle. These centerlock Vossen shoes can be had in one of the 72 colors available and with a brushed or polished finish. In addition, suspension sport springs bring the supercar closer to the road by as much as 35 millimeters (1.37 inches).

While Novitec didn't add more power over the standard 759 hp and 720 Nm (531 lb-ft), it did spruce up the exterior with a front spoiler lip and flaps in the central air intake to enable a meaner look. The Lamborghini flagship also received new built-in air ducts and longer air outlets up front, while the side rocker panels attachments in front of the wheel arches further separate it from the standard SVJ. Look closer and you'll notice the air intakes on the side windows, which are more than just for show as they route the airflow in a more efficient way to boost aero.

The tuner went the extra mile when it tweaked the bodywork and revised the side scoops as well as the engine hood at the back where the central scoop shoots the airflow to the ALA (Lamborghini Active Aerodynamics). New air outlets in the rear and a custom airbox round off the changes the coupe has gone through.

For an even crazier Aventador SVJ, Lamborghini's motorsport division will unveil a hardcore version in 2020 with 830 hp on tap, but you won't be able to drive it on public roads. 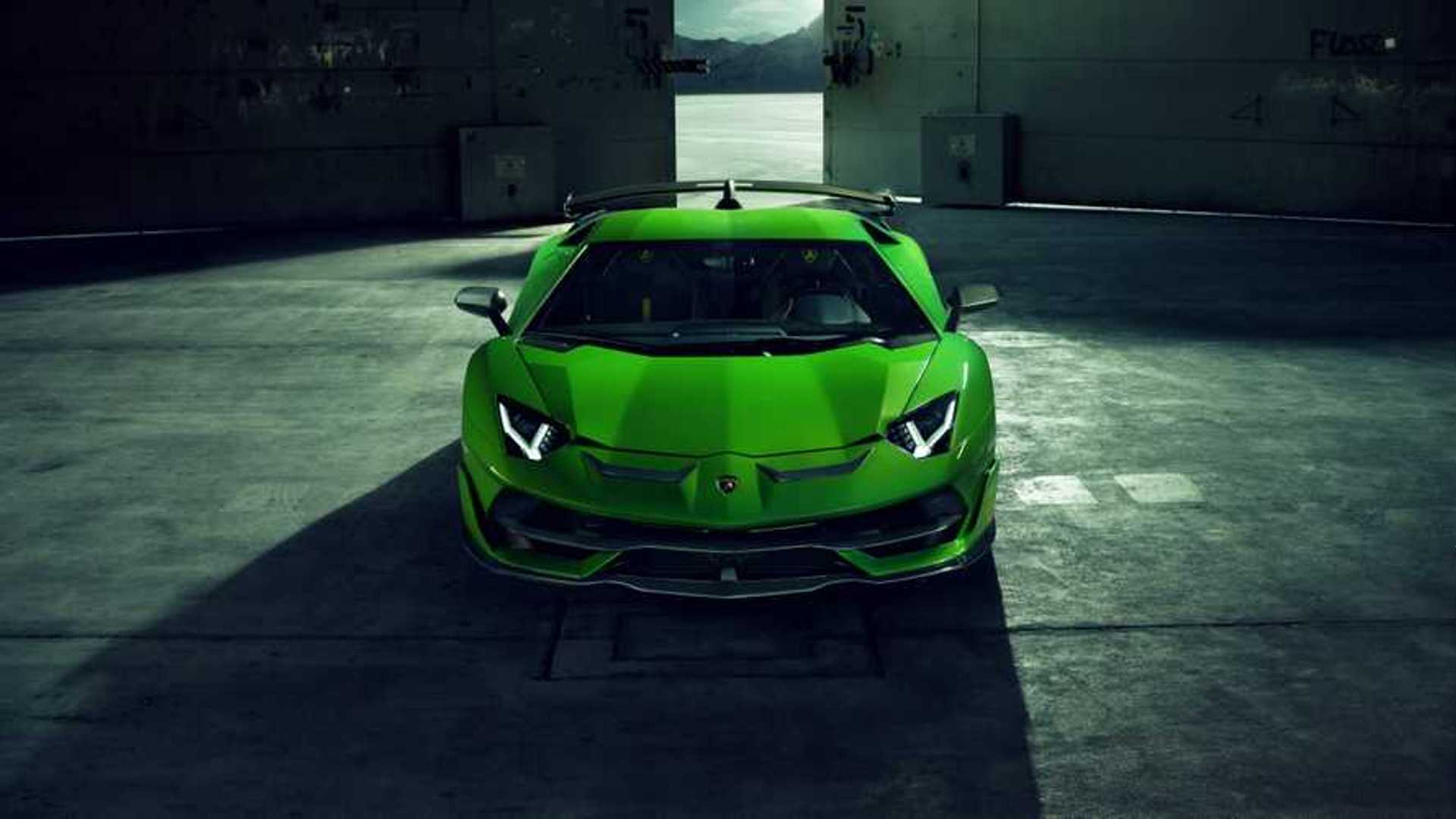