The latest fanciful rendering from Abimelec Design takes the rugged, angular shape of the classic Lamborghini LM002 and makes it appear even more capable by adding an extra axle at the rear.

The revised styling also creates more room at the back for a pair of rear-facing jump seats, like an ultra-luxurious version of the Subaru Brat.

For this creation, the designer took inspiration from over-the-top trucks like the Mercede-Benz G63 6x6 and Hennessey VelociRaptor 6x6. The shape looks identical to the real-world LM002 until your eye reaches the rear. Abimelec includes a pair of sharp-edged fender flares and retains the metal railing around the edge of the cargo area.

The rear section is a very luxurious place to take an open-air ride. The occupants sit in two, heavily bolstered seats. Between the chairs, there is a large console. If more people want to take a ride, the wood-paneled section has a pair of benches that would accommodate a few more occupants.

Like the production LM002, Abimelec imagines the six-wheeled version using a 5.2-liter V12 out of the Countach supercar. Whereas the original uses four-wheel drive and three differentials, it would only make sense for this one to be six-wheel drive for even more bragging rights.

Lamborghini made only around 300 units of the original LM002. Altering one today to create a six-wheel-drive version would be an expensive undertaking. However, it's free for Abimelec to show you what the custom vehicle would look like. Buying a second-hand example would cost you six figures, possibly approaching $500,000. The investment in lengthening the body and adding an extra axle would significantly increase that price. 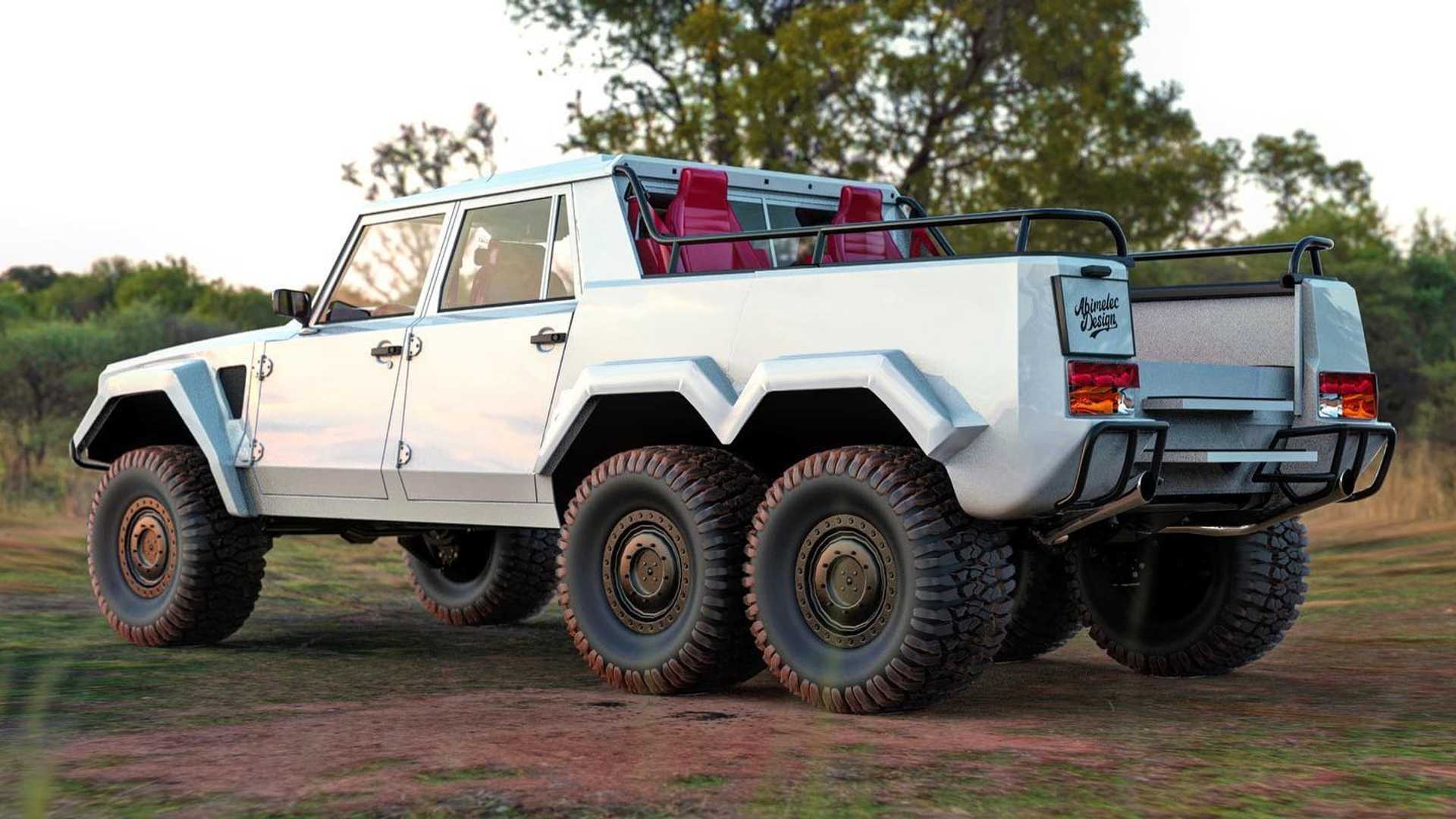 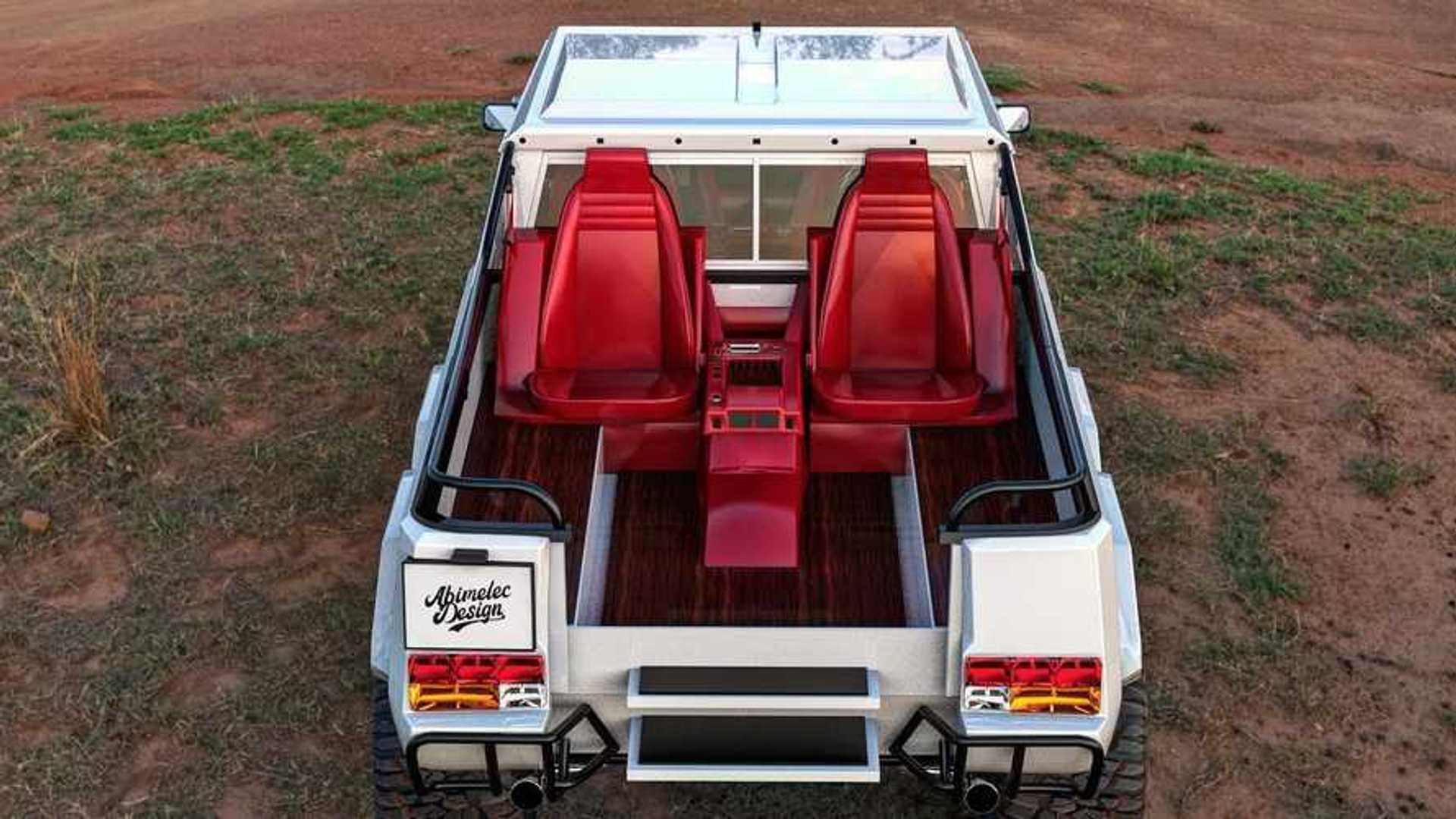