Trick or treat? The German tuner Manhart shows off its TR 800 upgrade pack for the Porsche 911 Turbo S in an orange-and-black color scheme that's perfect for Halloween. The improvements boost the output to a monstrous 822 horsepower (613 kilowatts), versus the standard 640 hp (477 kW). Torque grows to 712 pound-feet (965 Newton-meters), instead of the stock 590 lb-ft (800 Nm).

To make so much extra power, the 3.8-liter twin-turbo flat-six receives upgrades like new turbochargers, an upgraded intercooler, and a re-mapped engine control unit. Manhart also adds stainless steel downpipes with 200-cell catalytic converters and an exhaust with active sound control via valves.

With so much extra power, the company also upgrades the eight-speed dual-clutch gearbox. The suspension receives H&R lowering springs that drop the ride height by 1.181 inches (30 millimeters).

The car rides on center-lock wheels with six pairs of dual spokes and a satin black finish. An orange stripe around the rim matches the body color. They measure 21 inches in front and 22 inches at the back.

Inside, Manhart re-upholsters the seats to match the exterior. The chairs have orange stripes over a black base. Bright stitching appears on the dashboard and around the steering wheel.

Even in unmodified form, the 911 Turbo S is quite a potent machine. This year, driver David Donner drove one at the Pikes Peak International Hill Climb and set a new course record for a stock vehicle. He raced up the course in 9 minutes 53.5 seconds, which beat the 10-minute-18.4-second time that a Bentley Continental GT did in 2019. 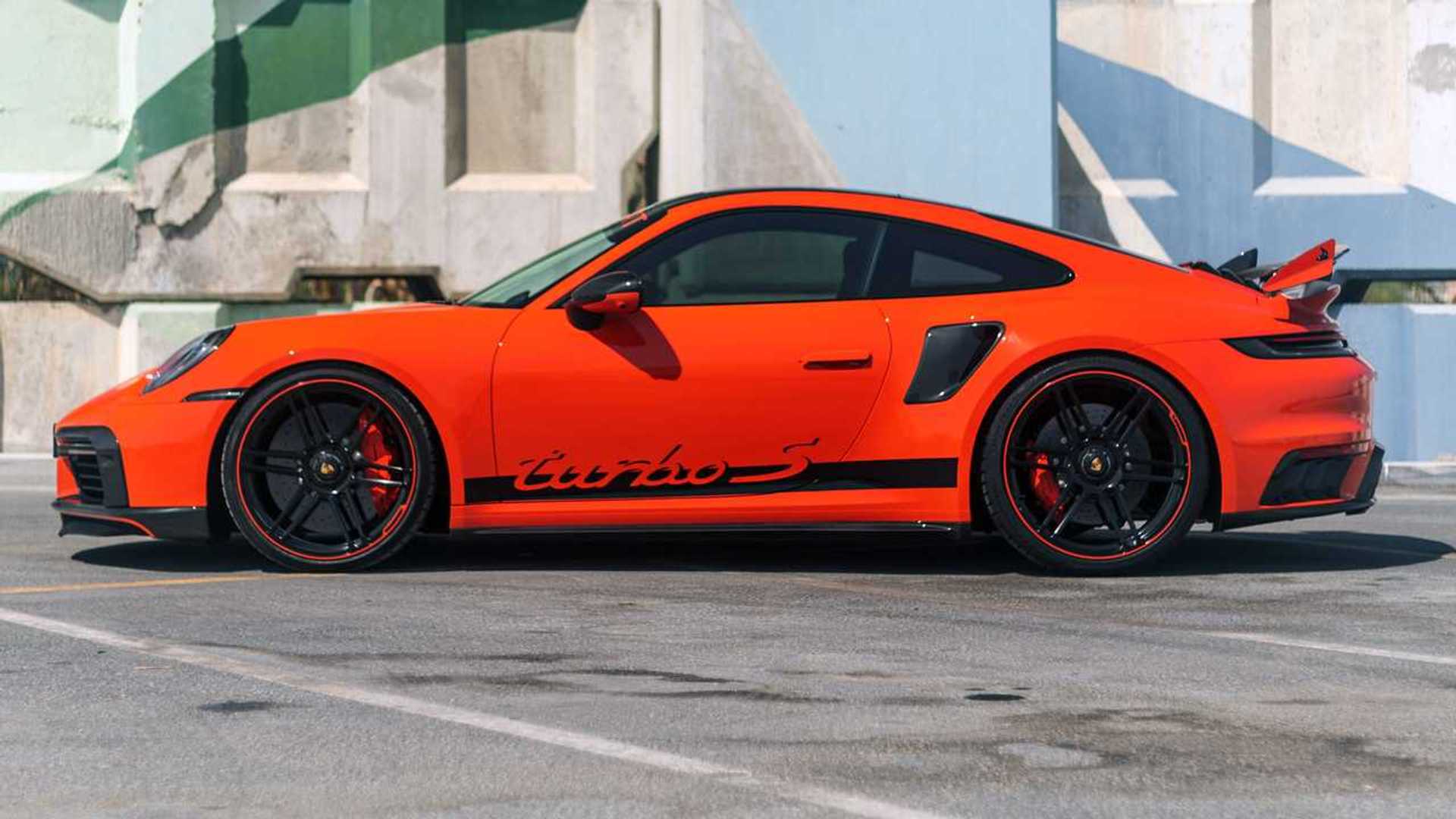 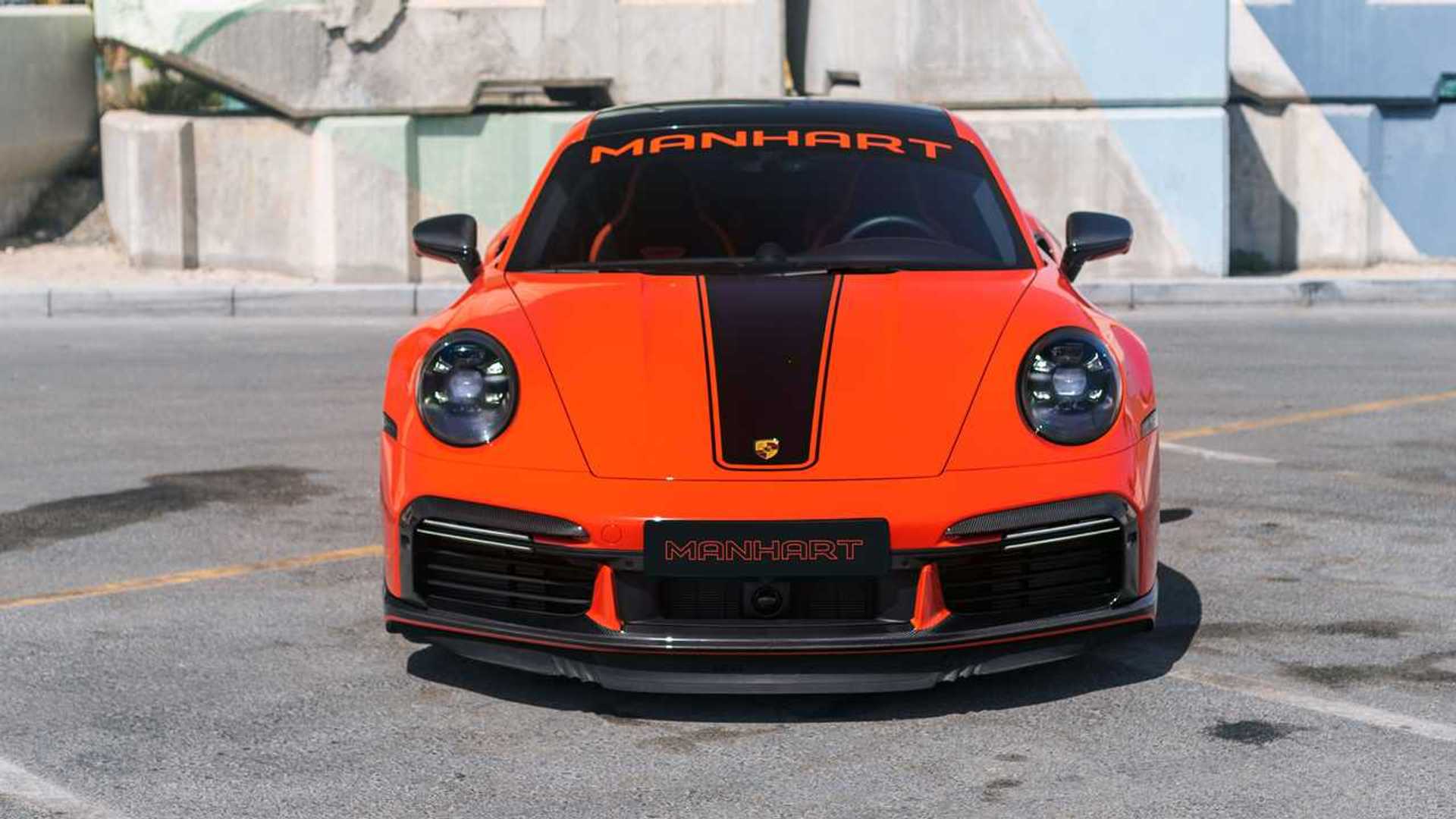 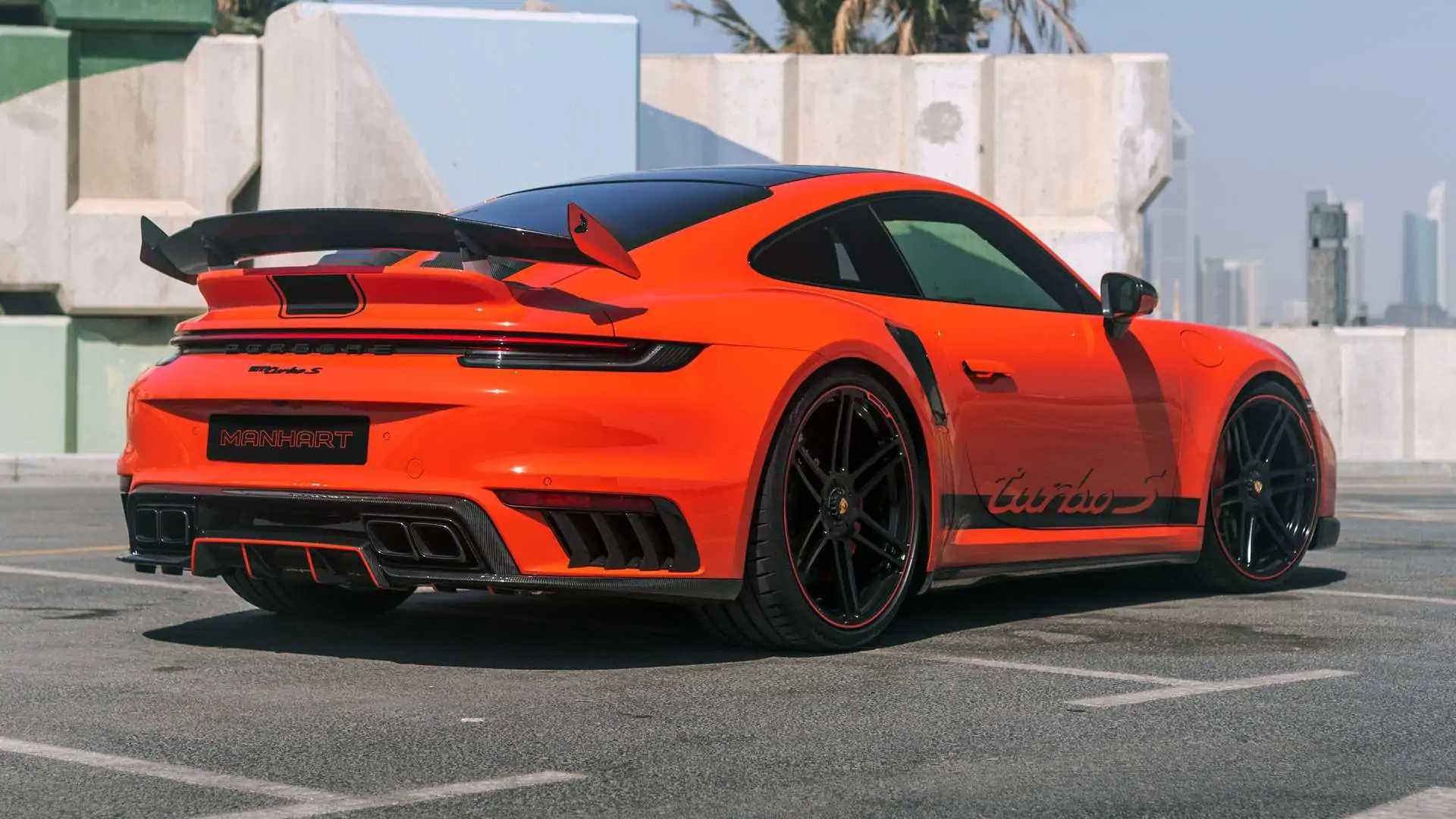