Modern Akira Bike Is Perfect for the World War 3 Apocalypse

It safe to say that 2020 hasn't been a good year for most people, especially in America.

The pandemic isn't really over yet, but we're staring down the double-barrel of natural disasters and civil unrest. Those of a pessimistic nature might even think we're headed towards the third global war.

While researching World War 3 and the potential apocalypse that follows, you will inevitably end up at a fascinating work of Japanese fiction. It's called the Akira and came out way back in 1988.

Hollywood likes to reboot Japanese sci-fi classics. They've already done it with Alita, Ghost in the Shell, and saw mixed results. For about two decades now, we've been hearing Akira blockbuster rumors and the latest put Keanu Reeves in the spotlight.

Keanu is famously also a part of the Cyberpunk 2077 video game project, so it all lines up nicely with what we want to talk about here. This is a modernized, realistic concept based on the legendary bike from Akira, and it's done in the Cyberpunk style.

This is inspired by the bike that Kaneda rode around Neo Tokyo fighting rival biker gangs. However, designer James Qiu found a way to make it realistic and more believable using elements we recognize from today's bikes.

Like the original Akira bike, this thing is bright red and heavily raked, reminding us of the Japanese biker gangs and their works. Also like the Akira bike, the concept is heavy with corporate "sponsorship."

You've got the BBS logo around a wheel that's unlike anything you've seen before, Pirelli P-Zero tires, Recaro seats, and more. We think the study was wrapped around an existing bike, as you can see the tank, engine, frame, and exhaust from what we think is the Ducati Diavel. For the record, the movie bike didn't rely on internal combustion as we know it. 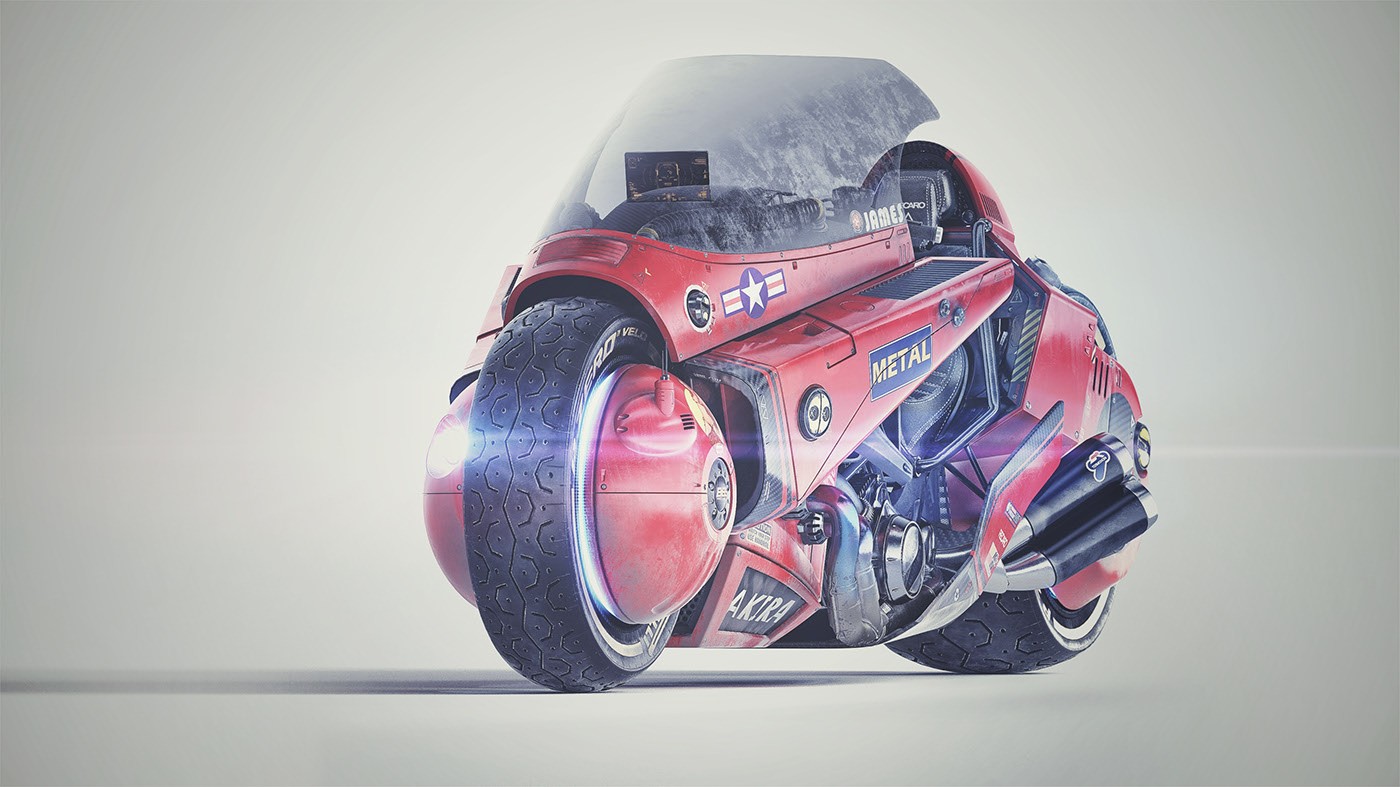 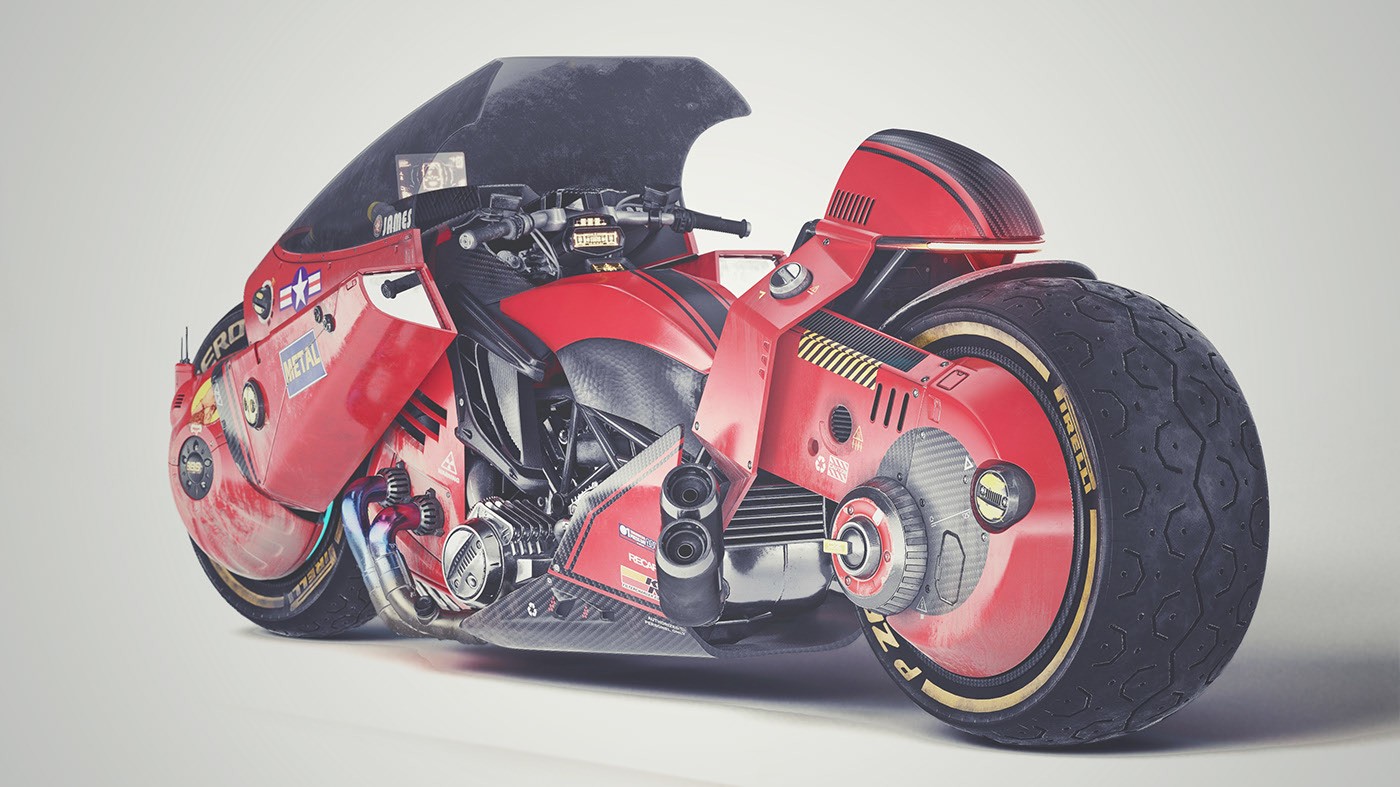 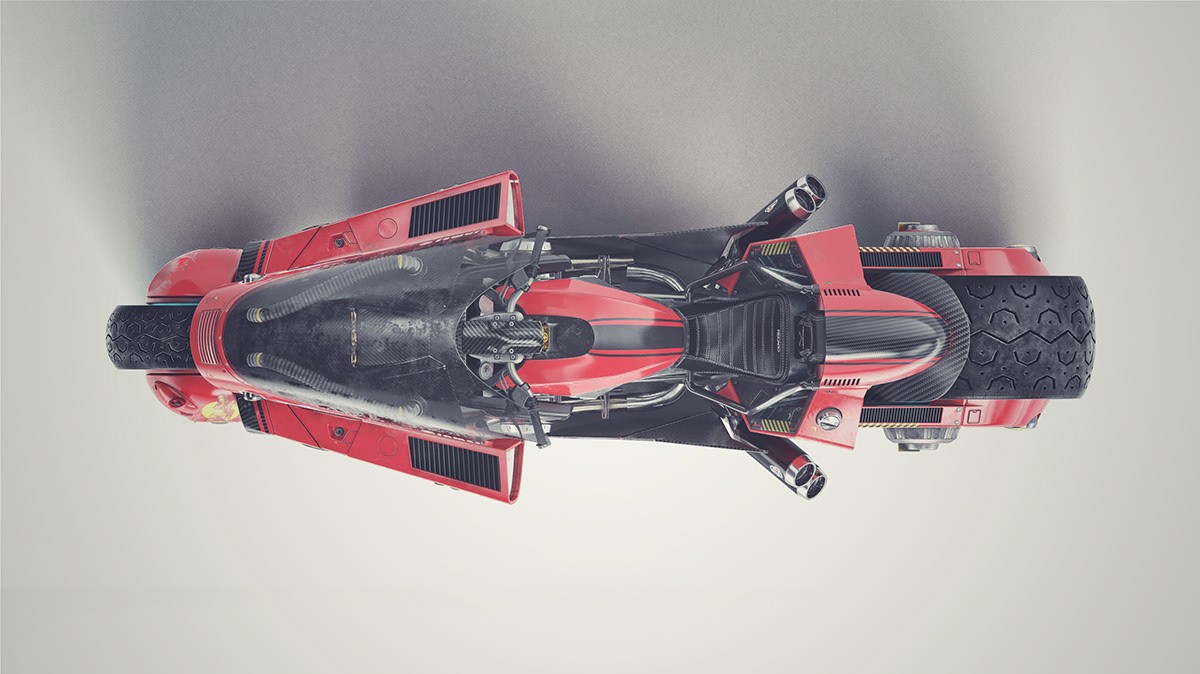