Honda has unveiled the Augmented Driving Concept as a roofless four-seater with fully autonomous capabilities.

Designed "to address the cultural transition to autonomous vehicles", the concept offers drivers the choice between taking full control or allowing the car to drive itself.

There are eight driving modes, offering varying degrees of input from the vehicle, with Honda claiming a 'seamless' transition between each via a single switch. There are also a number of inbuilt sensors that can automatically determine the appropriate level of interference based on the driver's behaviour.

The concept has a minimalist interior with an emphasis on space. A conventionally styled steering wheel features, but it serves numerous functions in addition to direction control. Patting the wheel twice starts the vehicle and pushing it forwards and backwards controls acceleration.

Honda said: "In the autonomous future, Honda believes that customers will be able to enjoy mobility in new ways when freed from the responsibility of driving. At the same time, customers may still want to experience the emotion and thrill of driving."

It's unclear whether the concept is electric or conventionally fuelled, but front end styling influenced by the new Honda E supermini suggests that the technology on display has been developed with EVs in mind.

Appearing alongside the concept at CES in Las Vegas is Honda's Smartphone as Brain concept, which allows a smartphone to be controlled via switches on steering wheels or handlebars, and a new voice recognition function that aims to minimise distractions while driving. 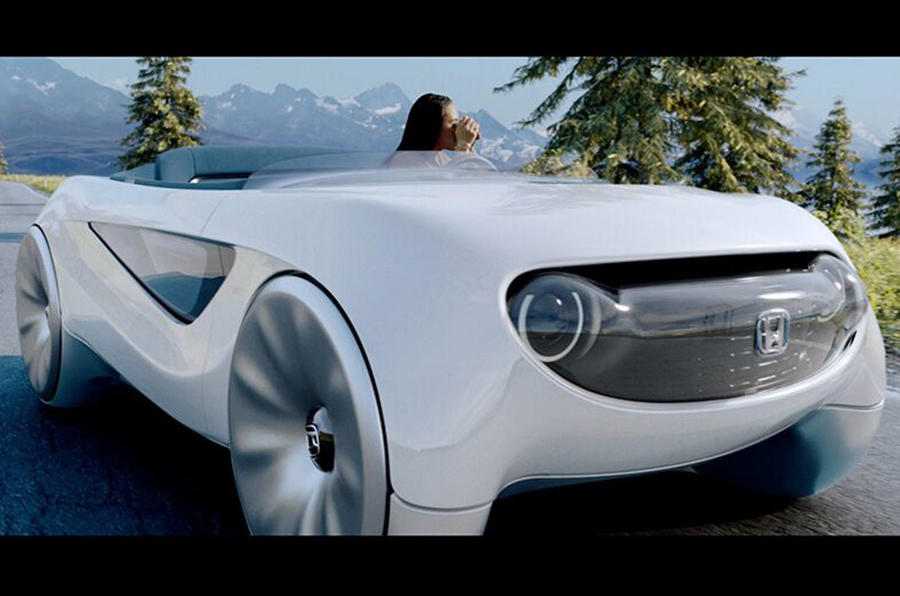