The internet loves cats. And somebody upstairs must really love this big cat, as it went on a wild ride and survived with hardly a scratch.

A few weeks back, we told you about a coyote that was crossing a highway, got hit by a car, scooped up into the grille and survived a 20-mile (32 km) ride at highway speed. Now, the same thing has happened to a bobcat who took a much longer trip.

The head of animal control services in Richmond, Va., tells WTVR-TV that she, her father, and another animal control staff member got called to rescue this bobcat from the grille of a Toyota Prius over the holiday weekend. The Prius owner said she was driving to work on Thanksgiving morning when she realized she had hit something. But it wasn't until an hour and 50 miles later, when she'd parked at Virginia Commonwealth University, that she discovered the thing she'd hit, an adult male bobcat, was still lodged in the grille of the car.

Christie Peters, the animal control director, got a text from a co-worker who was the first responder: "'I'm on a call with a bobcat stuck in the grill of a car – and he's still alive."

"We got on scene and it really was true. It's really a bobcat stuck in the front of a Prius grille," Peters said. "When we walked by, he hissed at us, so he's alive and may be OK, which was so crazy since she drove from Gloucester (County) to VCU."

Peters sedated the animal. "And as he started to go limp, he started to drop a little bit lower," she said. "And really, in reality the only thing holding him up was a wire ... to his underbelly and one plastic piece under his ribcage."

Other than a small cut on his back, the bobcat was fine. That said, anyone who has transported a house cat inside a car can imagine how freaked out a wildcat would be when attached to the outside of a car traveling at highway speeds.

"I've only ever seen one once in real life, like running across a road somewhere," Peters said. "We just don't ever get a chance to be so close to such beautiful, wild creatures, and it was just wonderful to know that he made it through such a weird, crazy situation."

The bobcat was taken to a wildlife center and will be released back into the wild back in Gloucester County, close to where he got hit. 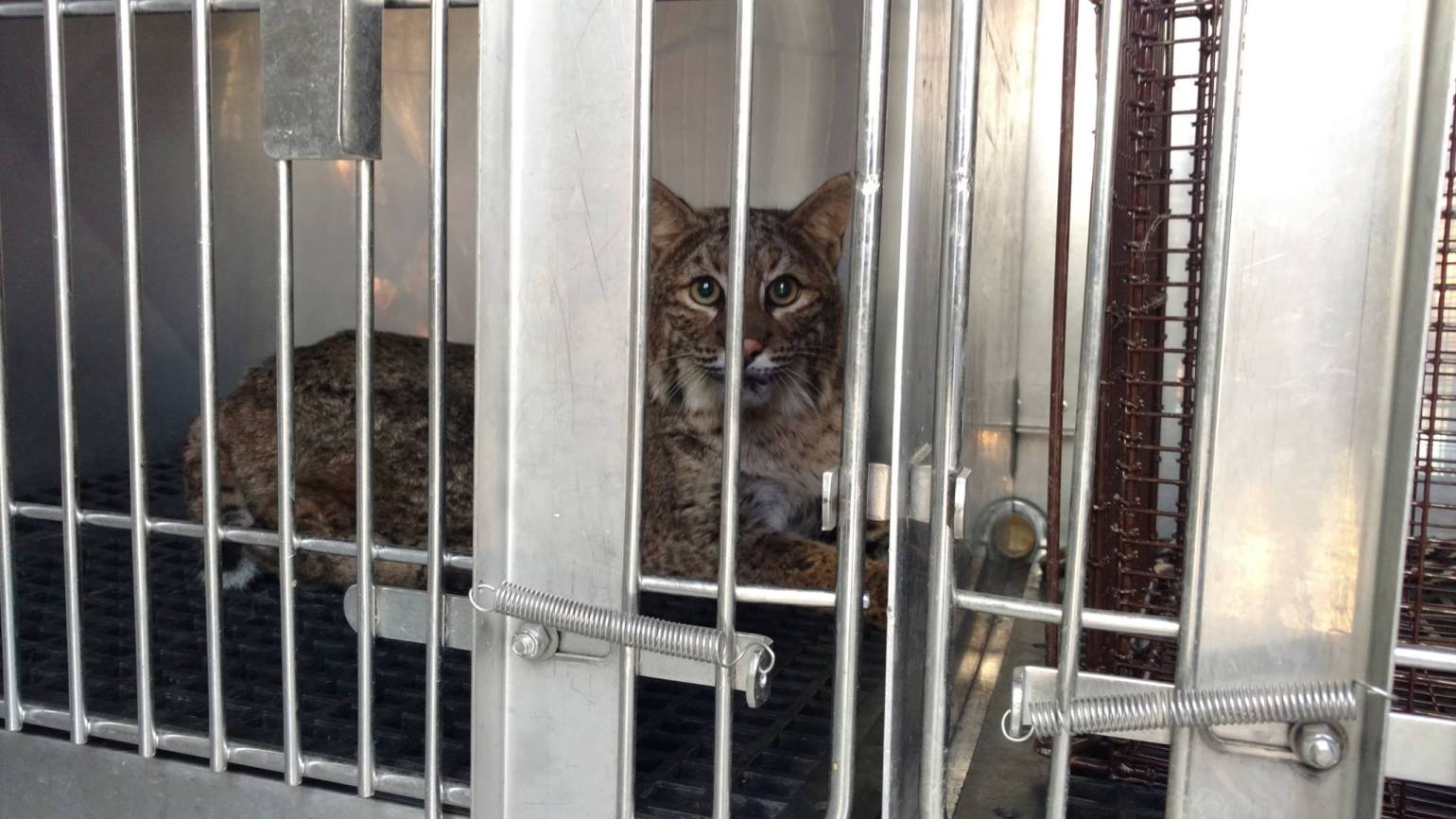