Pure Vision Design TT Camaro has 1,400 Reasons to Want it We've talked about Pure Vision Design before, a California-based company that made waves at last year's SEMA show with its Martini-liveried, Indy-car-powered Ford Mustang.

That same car later starred in a Petrolicious video we showed you just a few weeks back. The company's latest creation is a menacing car it calls the Pure Vision Design TT Camaro. Based on a 1972 model, this car shares the Martini Mustang's clean styling and obsession with details.

Unlike the Mustang, which draws its power from a mid-60s Lotus-Ford Indycar engine, the "TT" in this Camaro's name implies something far more potent. The Nelson Racing Engines 427-cubic-inch V8 has been fitted with a pair of turbochargers, with a claimed output of 1,400 horsepower. That's almost 1,000 more than the Martini Mustang.

A six-speed Magnum transmission dispatches that power to the ground, while Pirelli PZero tires are tasked with (somehow) trying to grip the road. Baer brakes hide behind those HRE rims, while JRI coilovers and HyperTech springs bless the Camaro with some degree of competency in the bends.

Being a Pure Vision car, this Camaro is absolutely striking. Borrowing the Tungsten paint and Bitter Chocolate leather from Aston Martin, there's a sense that despite its tire-incinerating power, the TT Camaro is more than just a monster engine in a tin can. 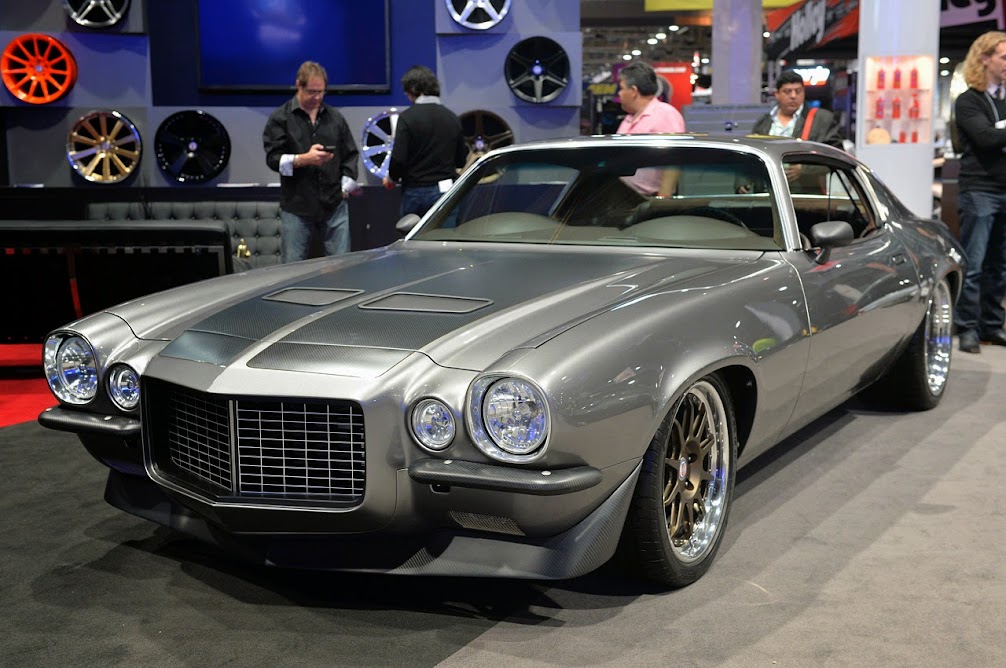 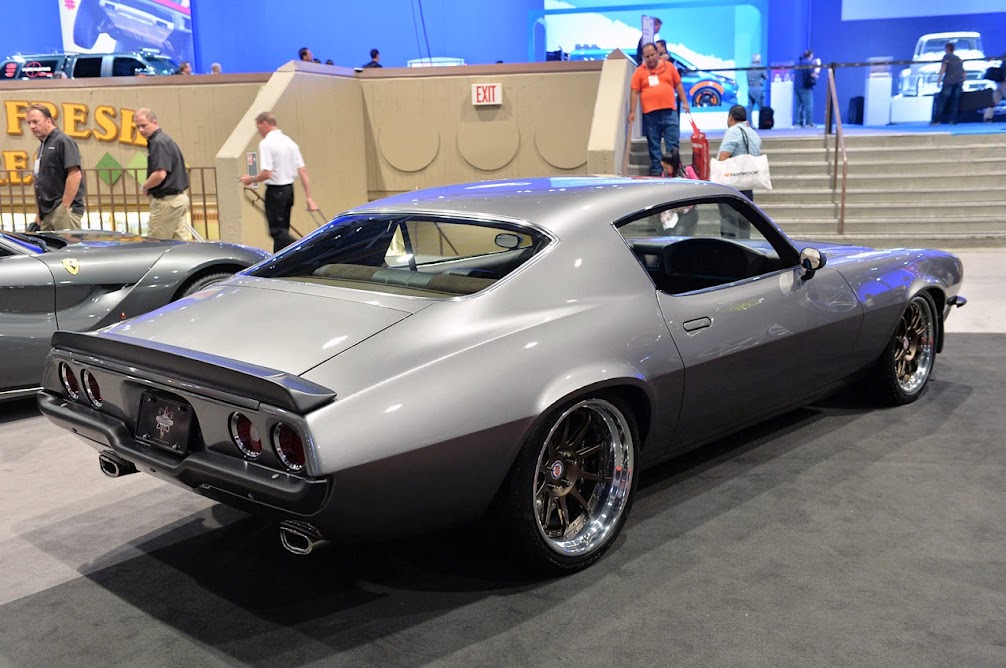 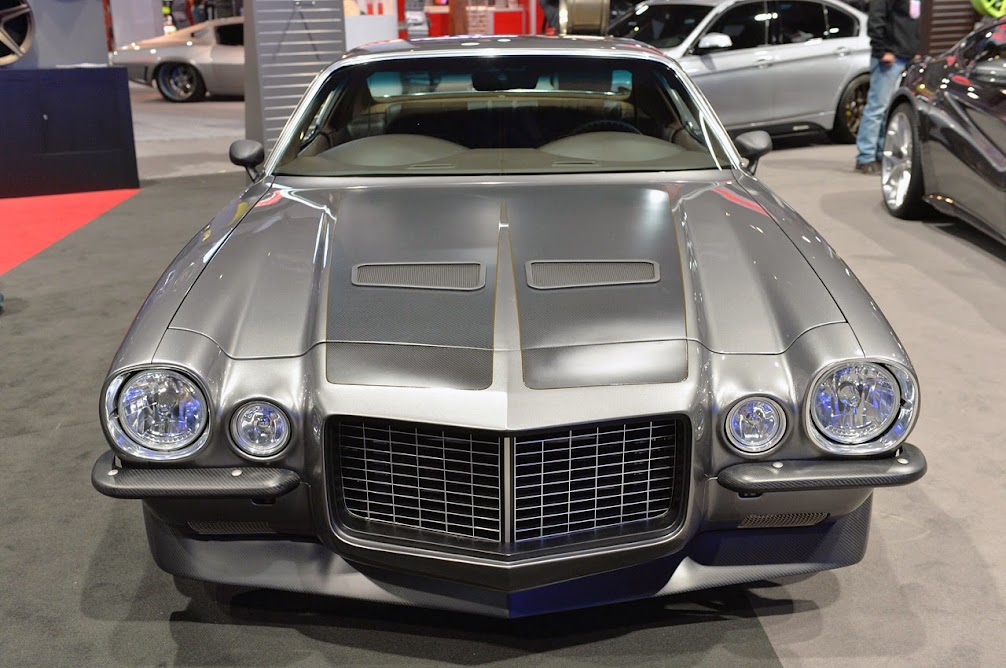 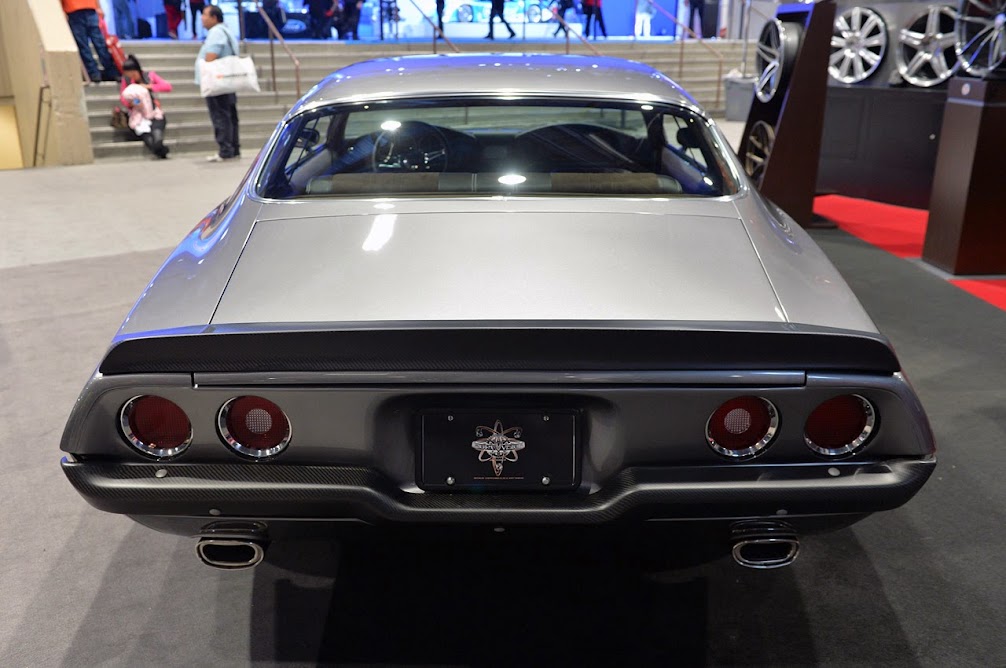 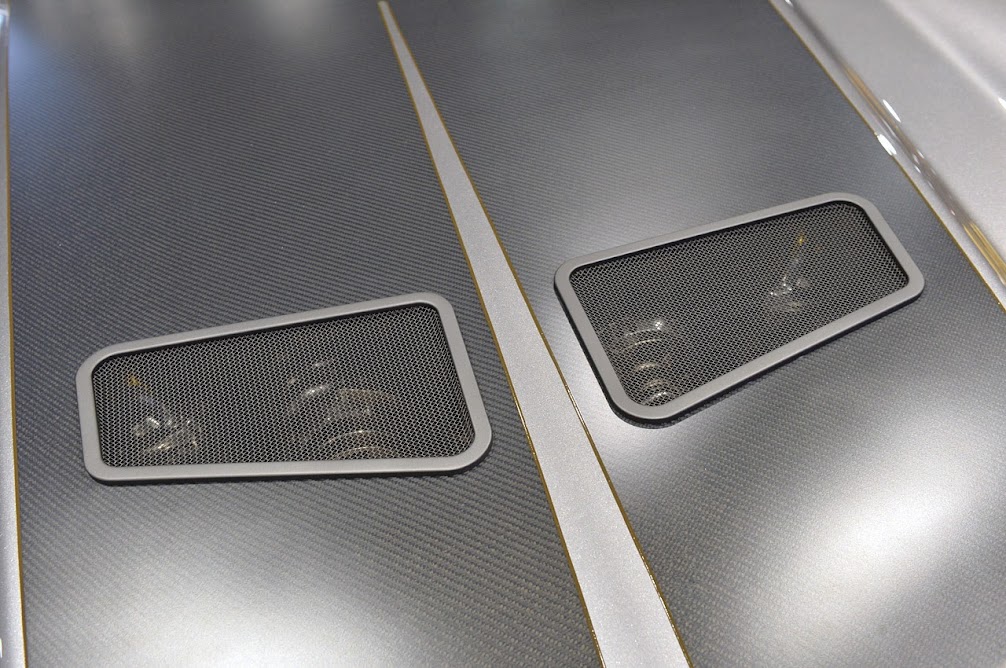