lincolnLincoln Navigatortuning
Here's one that slipped through the cracks at SEMA this year. It's the most extreme version of the new Navigator we've seen so far, slammed so hard it looks like its wheels have been stolen.

We often come across renderings of lowered SUV-turned-racecars and think to ourselves "that's ridiculous." Even the artists who make them say it's probably impossible to bring a 4x4 that low. However, when Jake McKiddie got a call about slamming a Lincoln, he immediately set to work.

Jake's shop Phat Phabz in Oklahoma City specializes in these kinds of builds, usually trucks. But their experience lends itself nicely to a Ford-based SUV.

This type of customization is totally alien to us, so forgive the odd mistake. But from what we understand, a lot of the underbody had to be cut. The axles now go into the body and all the stock fenders wells have been replaced with special aluminum tubs. To do that, the Navigator basically had to be fully stripped and things like the trunk, seats or even the soundproofing got re-engineered.

A special chassis had to be added to bring rigidity back to the vehicle, and even the fuel tank needed custom work because the stock one might have caught fire. From what we gather, even the engine is a custom metal-engraved piece with gold accents and a Rolex on top. That's because this is a commission from a jeweler, which partly explains all the gold accents. This sounds like a "money no object" kind of order, especially when you want to take it to SEMA.

Air suspension is used here, and when the SUV isn't driven, it can sit on the body instead of the wheels. Anyway, now that we have some knowledge of how these things are made, we could share some more builds. 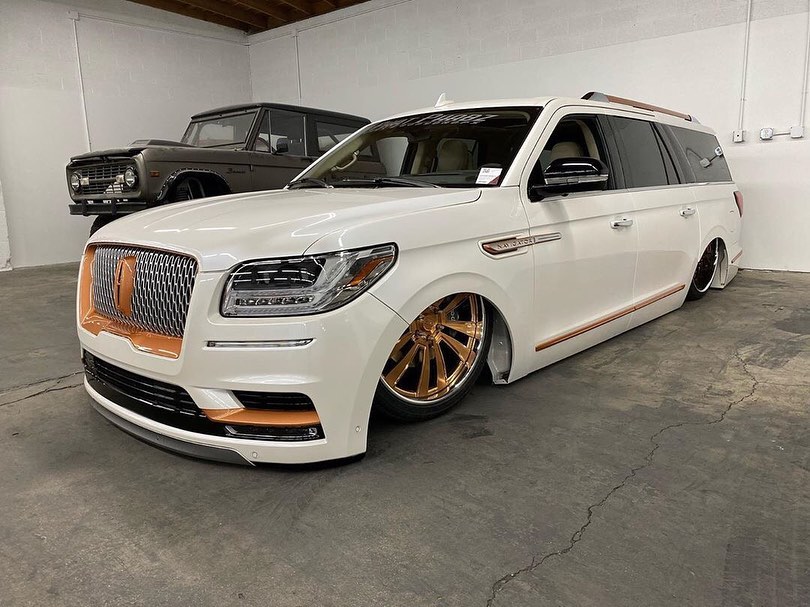 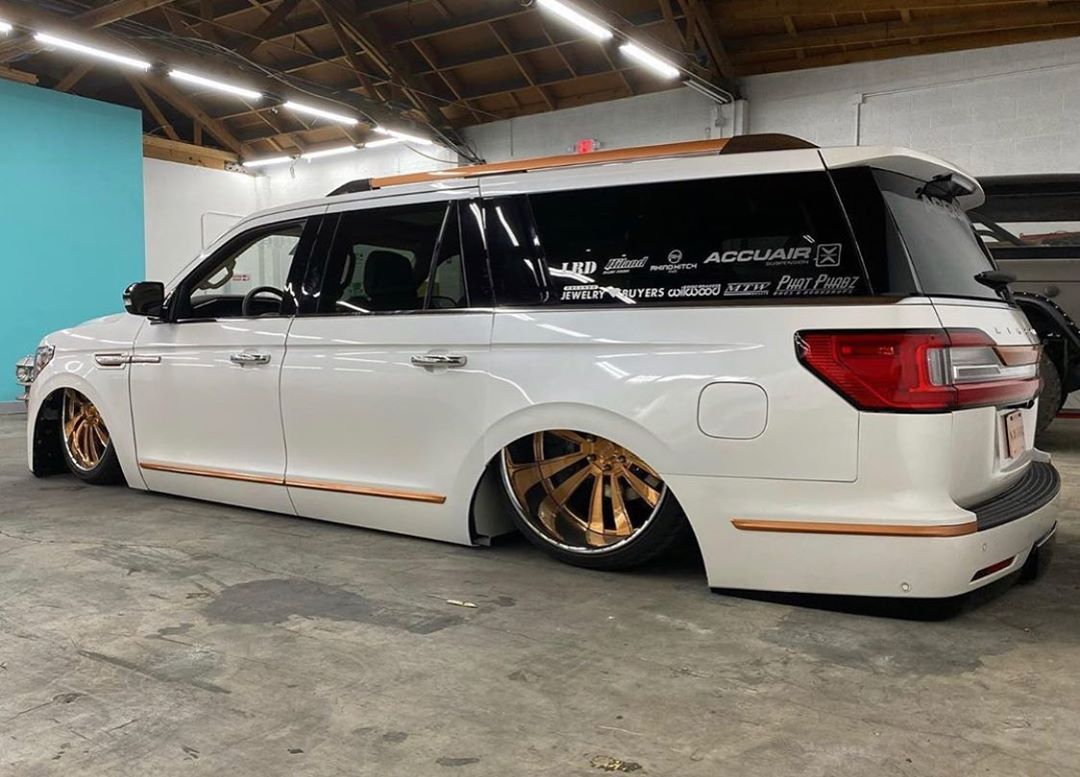