There’s a Bugatti Veyron being sold in India for the low price of Rs 205 500.

To be clear, there seems to have been some extensive modifications performed on this particular Bugatti Veyron, which judging by the targa top, seems to be a Veyron Grand Sport.

First, this car seems to be somewhat raised in comparison to a normal Veyron. A lift-kit would certainly improve the Veyron's ability to drive over poorly maintained roads--as is common in the rural parts of India--but would likely cause the Veyron's famously ludicrous top speed to suffer somewhat.

Also, the tires seem much smaller than on a stock Veyron. It's an odd aesthetic choice, but at the price of 400,000 Indian Rupees (which is roughly Rs 205 500), a new owner could easily afford a set of brand new Veyron wheels to bring it back to its former glory. Even if those wheels normally sell for $20,000. Each. 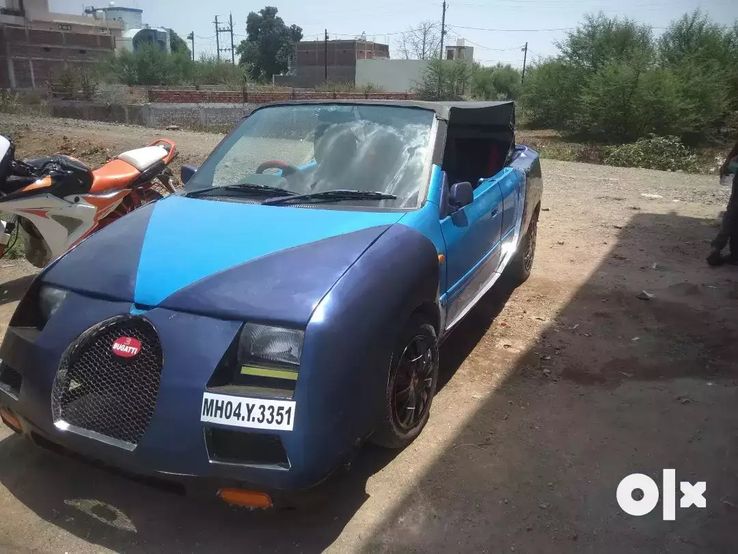 Fake Bugatti Chiron Actually Looks Like A Veyron, Based On A Corvette11 November 2019
What Do You Do With A Fake Bugatti Veyron For $60k?30 March 2016
Bugatti Brings Veyron Grand Sport Vitesse "Gris Rafale" to Brazil24 October 2012
Watch This $2.3m Bugatti Do The World's Most Expensive Burnout11 April 2018
Saudi Prince Shows Bugatti La Voiture Noire, Could Be The Owner10 November 2019