Mopar has been on a roll with special editions ever since Chrysler teamed up with Fiat in 2009.

A simple contraction of the words MOtor and PARts, the Mopar name was trademarked in 1937. In the ensuing 76 years, the company has evolved to become renowned for its Chrysler and Dodge performance parts and specialty vehicles. Last year Mopar celebrated its 75th anniversary with a host of new models, while it already has plans for 2013 with the recently revealed Mopar '13 Dodge Dart. Check out our favorite five in the following compilation. 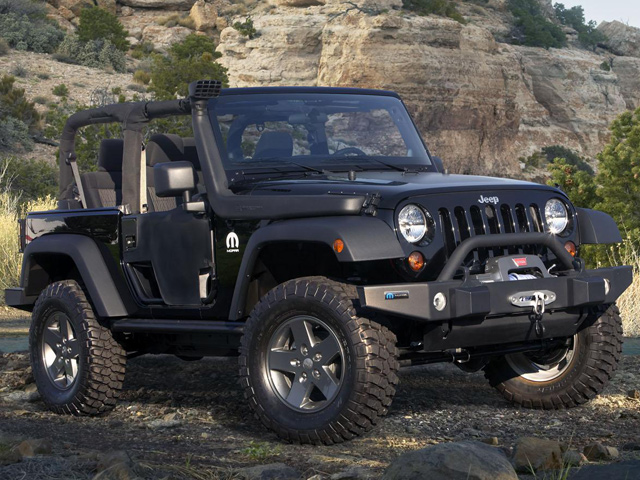 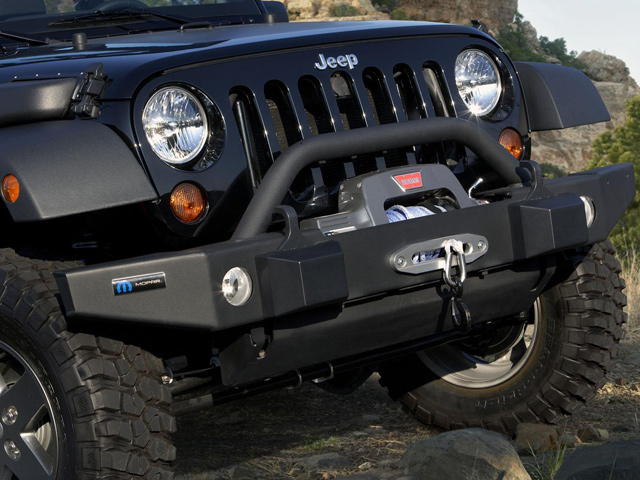 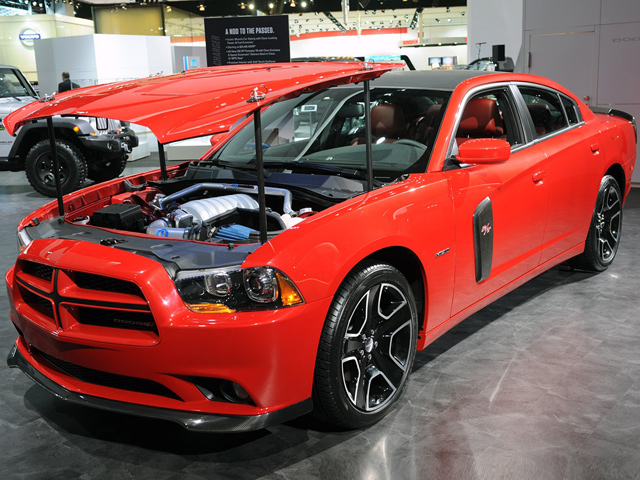 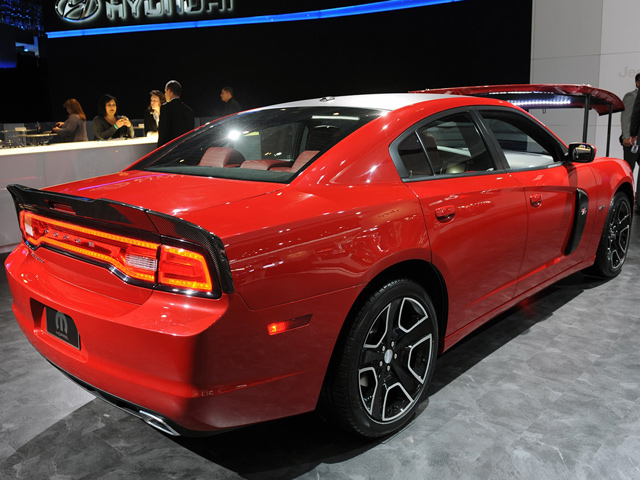 To celebrate its 75th anniversary, the company revealed four custom vehicles at the 2012 Chicago Auto Show, one of which was this Jeep Compass "True North" model. The off-roader's performance was improved by adding 16-inch alloys and a 2-inch lift kit. Matte black features on the roof, wheel flares, grille and light surrounds, while the interior gets a series of audio components from Kicker and a center stack gauge pod housing pitch and roll inclinometer gauges. 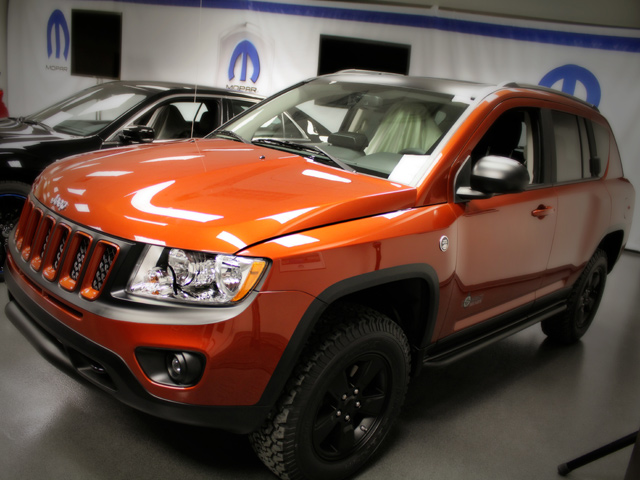 This murdered-out 2012 Chrysler 300 was also one quarter of the quartet of Mopar models at the 2012 Chicago Auto Show. The black Chrysler takes advantage of plenty of Mopar parts, including a firmer suspension, high-performance brake pads and Goodyear Eagle F1 rubbers wrapped around Gloss Black 20-inch forged-aluminum wheels. Thanks to a new final-drive ratio of 3.91:1, the 363hp 5.7-liter HEMI V8 engine can now propel the 300 from 0-100 km/h in just over five seconds. The blacked-out exterior is highlighted by Mopar Blue body-side stripes, a theme that continues inside where black is accented by blue throughout. 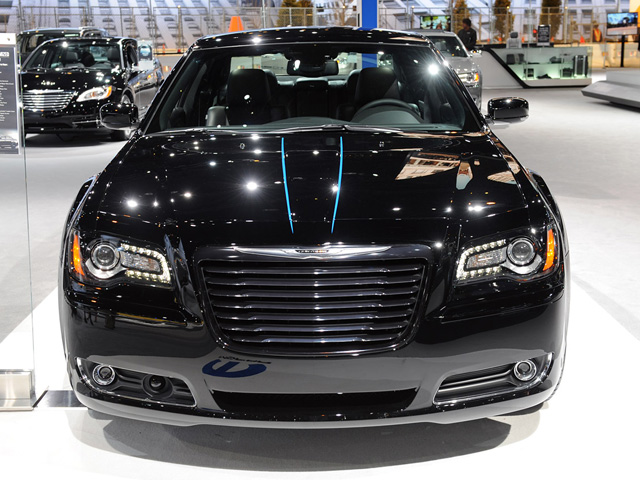 The latest Mopar-tuned motor is the recently revealed limited-edition Dodge Dart that will be displayed at the 2013 Chicago Auto Show. Limited to 500 units, the Mopar '13 Dart is powered by the same 1.4-liter turbo MulitAir four-pot that drives the Fiat 500 Abarth, mated to a manual transmission. Finished in gloss-black with a pair of car-length Mopar Blue stripes, the Mopar Dart is further distinguished by a ground-effects kit made up of a front-chin spoiler, one-piece deck-lid spoiler and an aggressive rear diffuser. Gloss-black 18-inch alloys, a Mopar badge in the crosshair grille, and a lowered suspension that drops the car by 7mm represent other unique exterior traits. 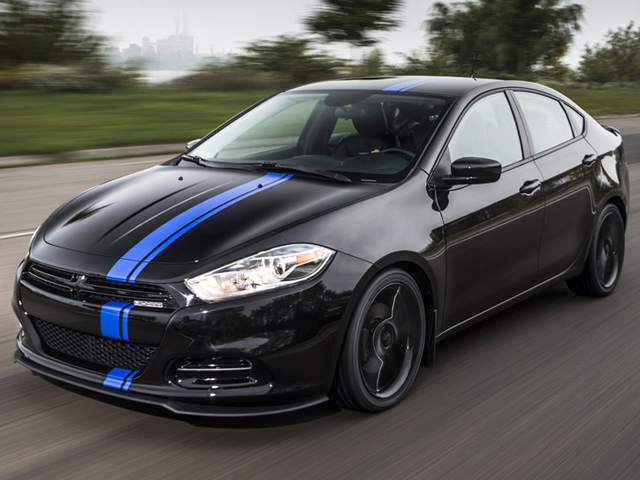 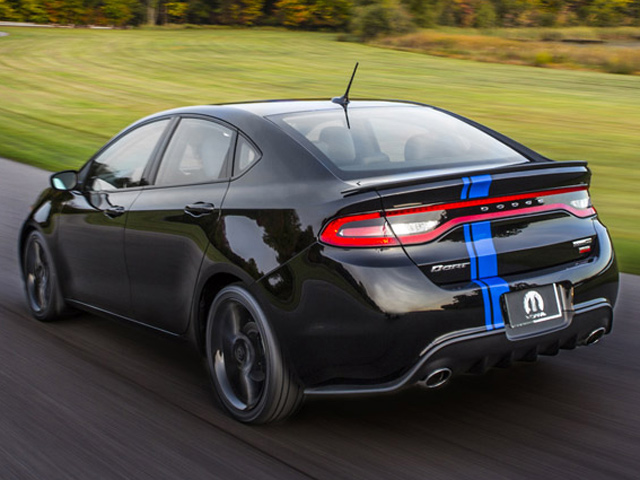