Spy photographers usually try to focus their lenses on test mules and prototypes, but this week, a camera-toting sleuth stumbled upon some filming for Transformers 4 on location at a General Motors proving grounds facility in Michigan.

While Michael Bay's personal website has already shown us a handful of confirmed and potential characters for the movie, these images are our first live look at the Autobots including what appears to be the new Bumblebee.

Based on a highly stylized version of the redesigned 2014 Chevrolet Camaro, this Bumblebee has more of a conceptual look similar to the leading car used in the 2007 film. This includes a revised front end with LED-trimmed headlights and a more aggressive fascia as well as a widebody kit, but it still features the signature black-and-yellow Bumblebee paint job. The unique-looking Camaro is so fully realized that we can't help but wonder if it was an alternate design proposal for the 2014 facelift, repurposed here for Hollywood duty, or if it hints at the next-generation pony car. Either way, we have no idea how this car and the first-gen Camaro – previously confirmed as being Bumblebee – will fit into the movie.

Also present in these shots are the new Optimus Prime and Hound as well as the yet-to-be-named Bugatti Veyron and Chevrolet Corvette Stingray characters. Also worth noting is that recently revealed cars like the Lamborghini Aventador, Pagani Huayra and the mystery Freightliner are all unaccounted for during this film session. 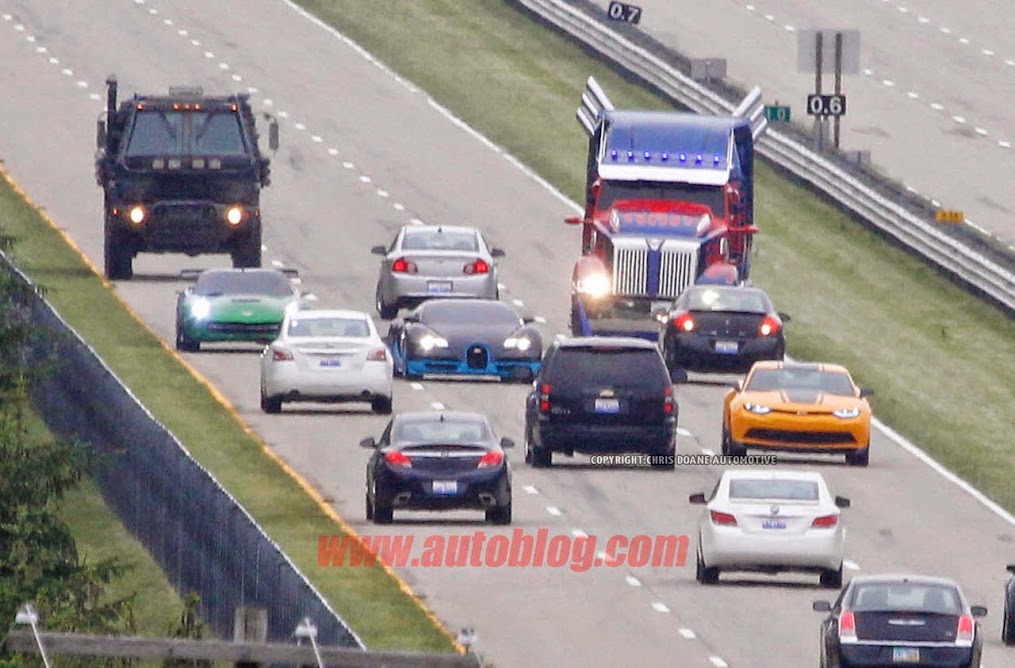 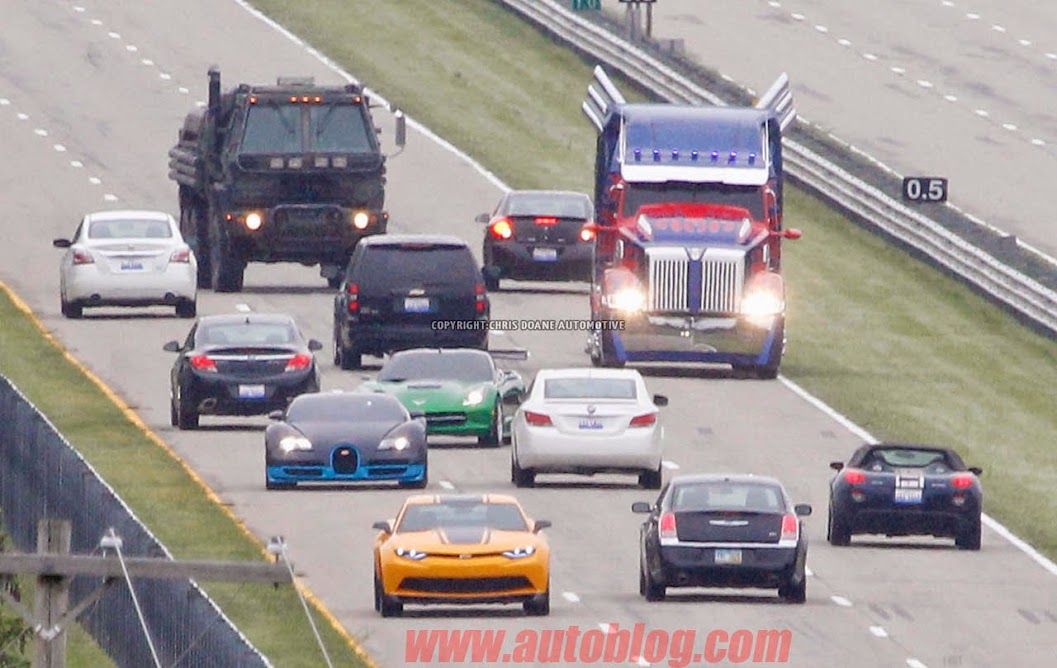 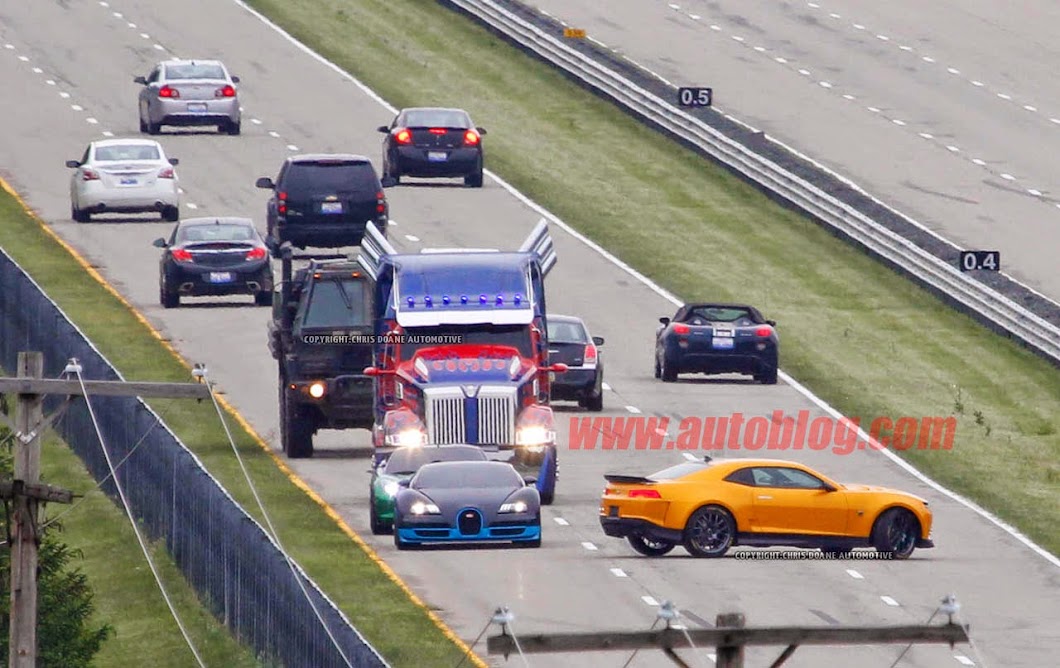 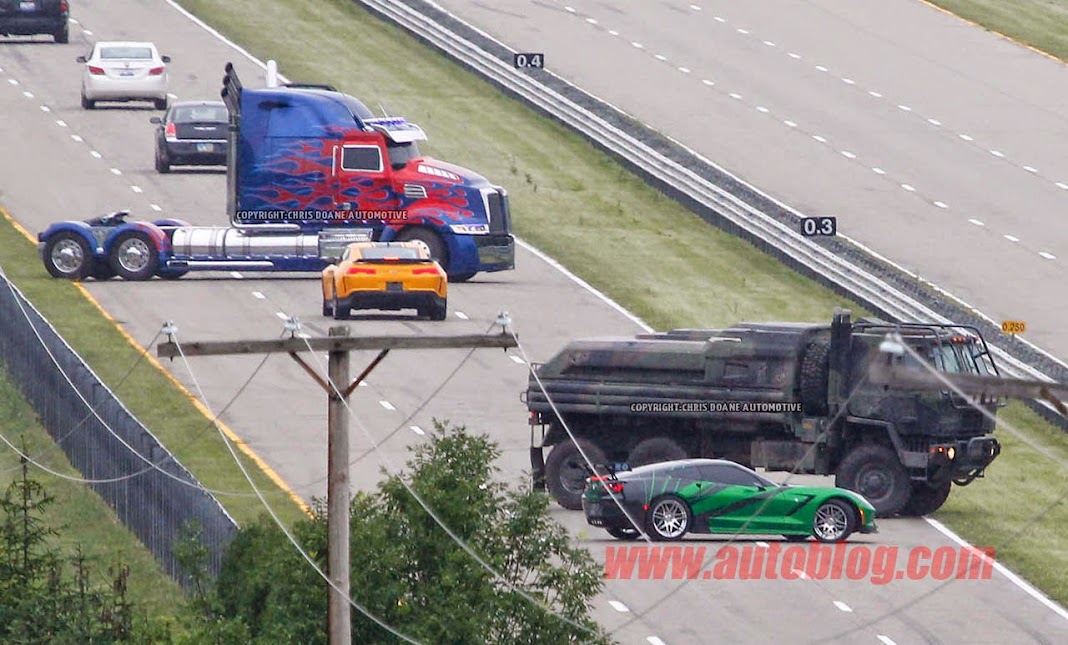 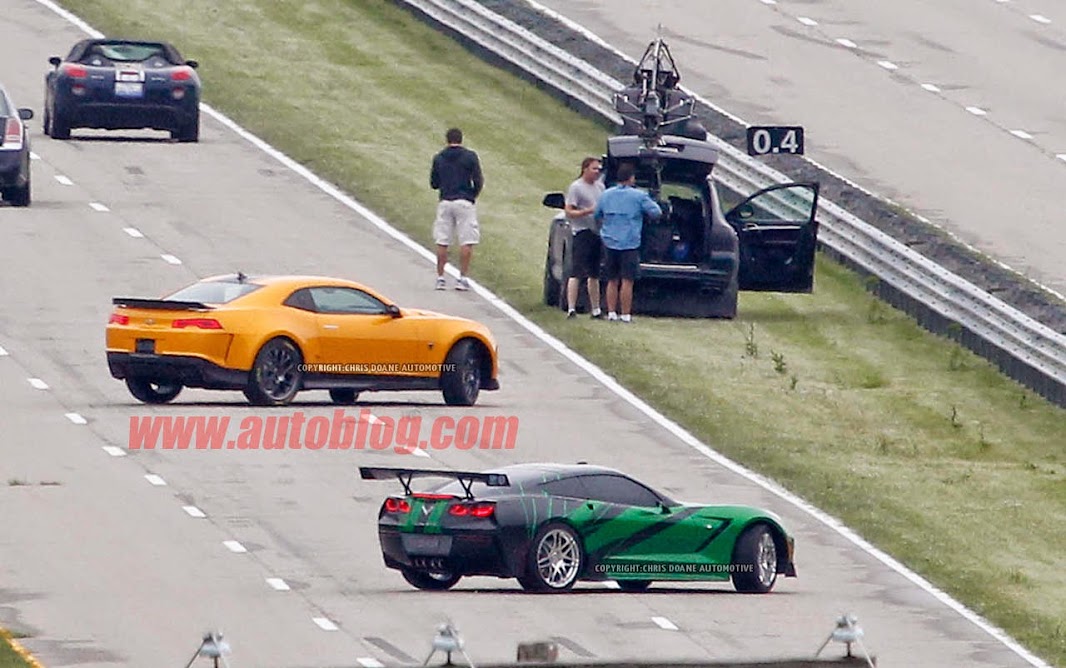 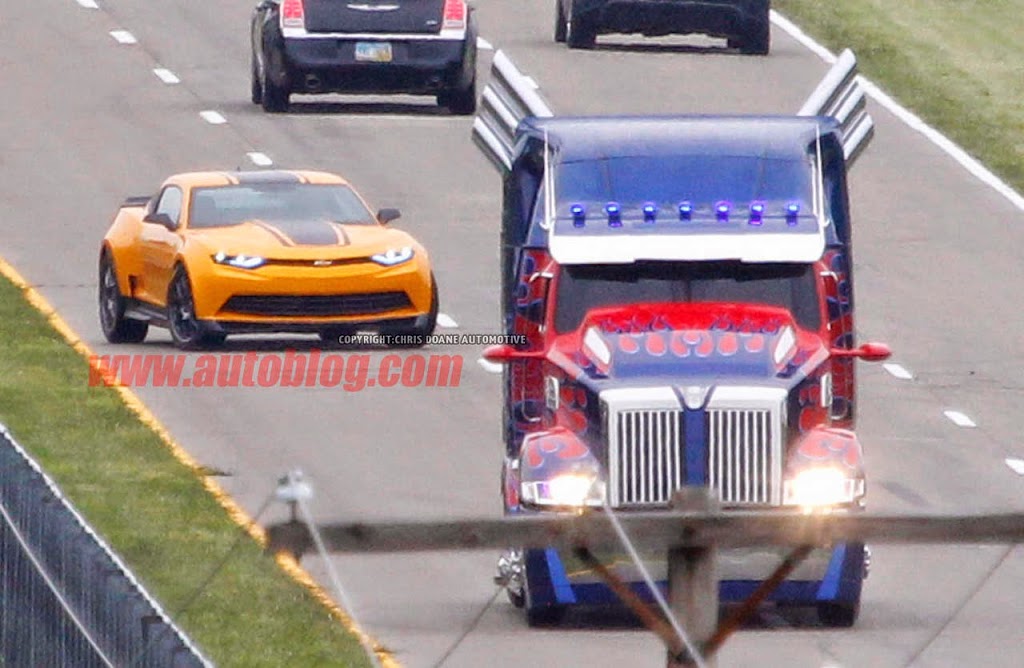 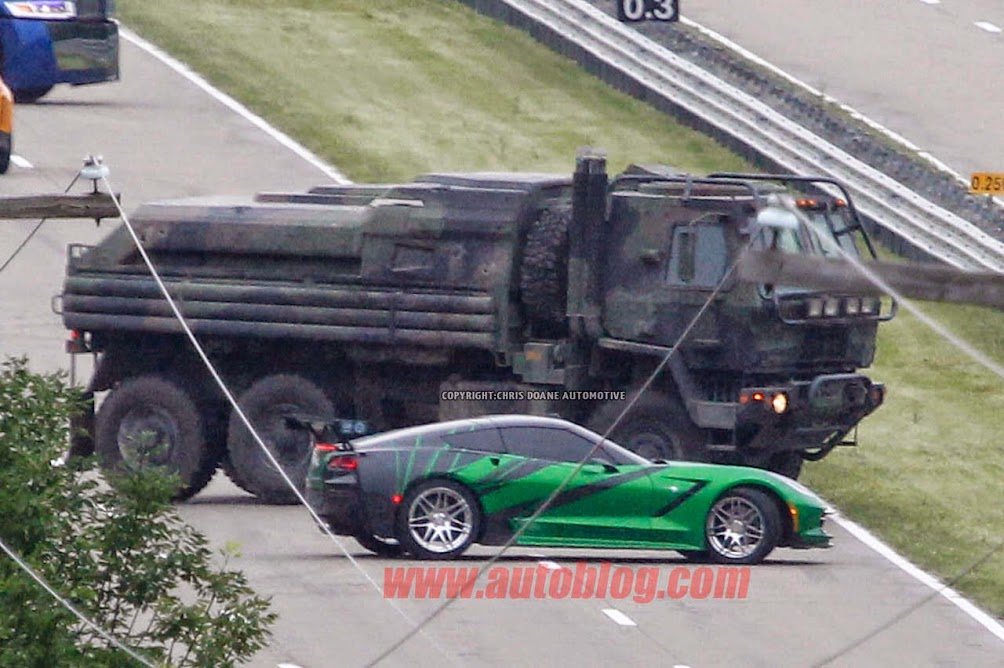 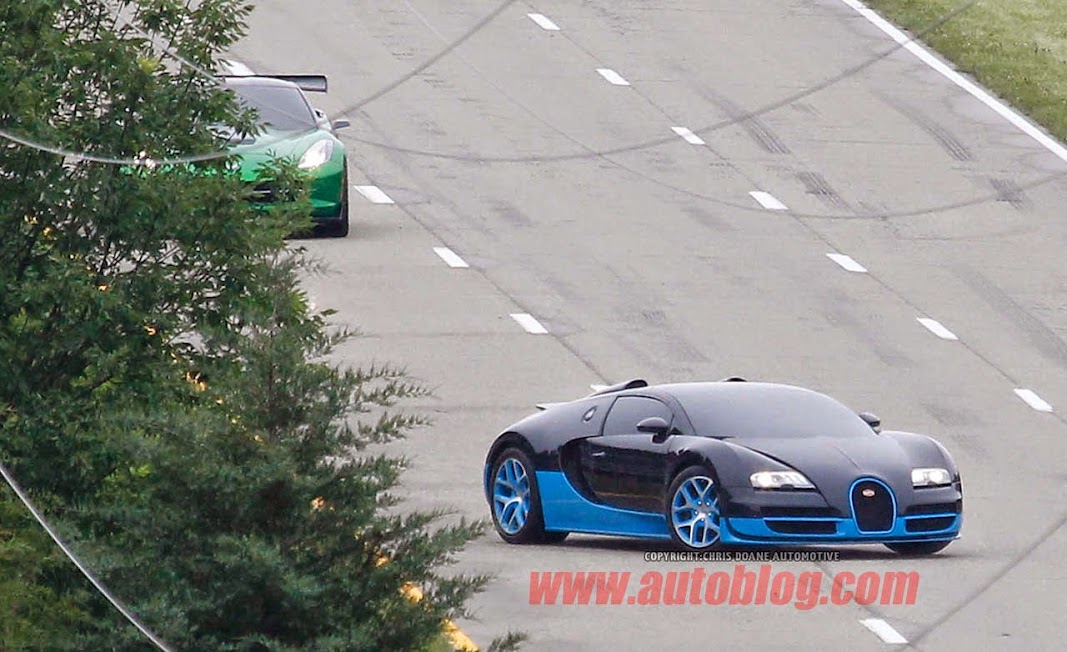 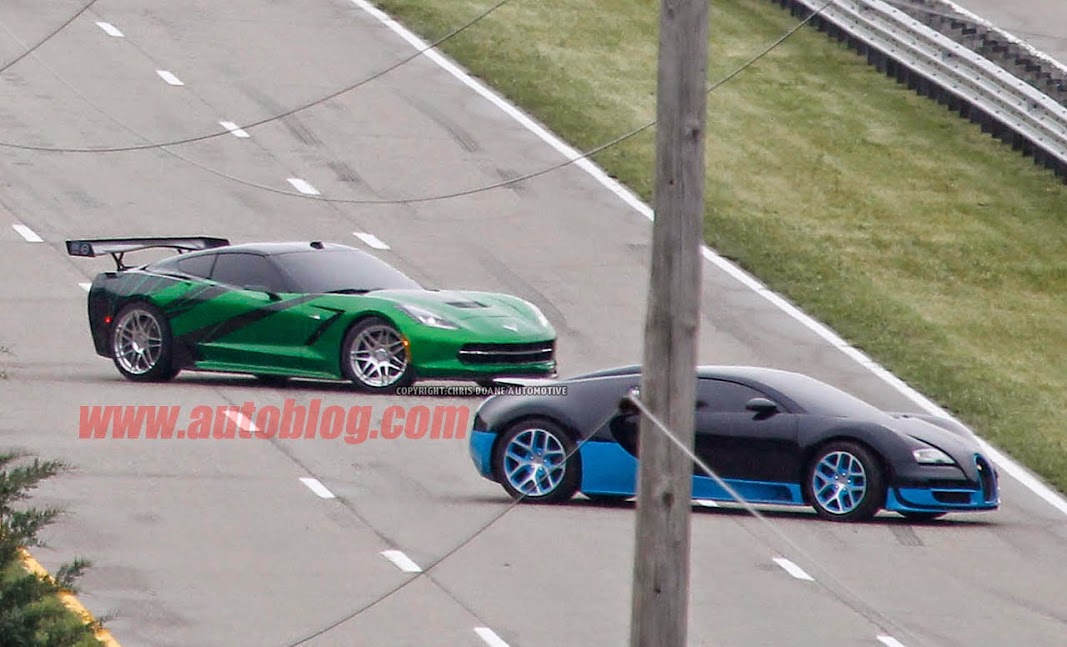 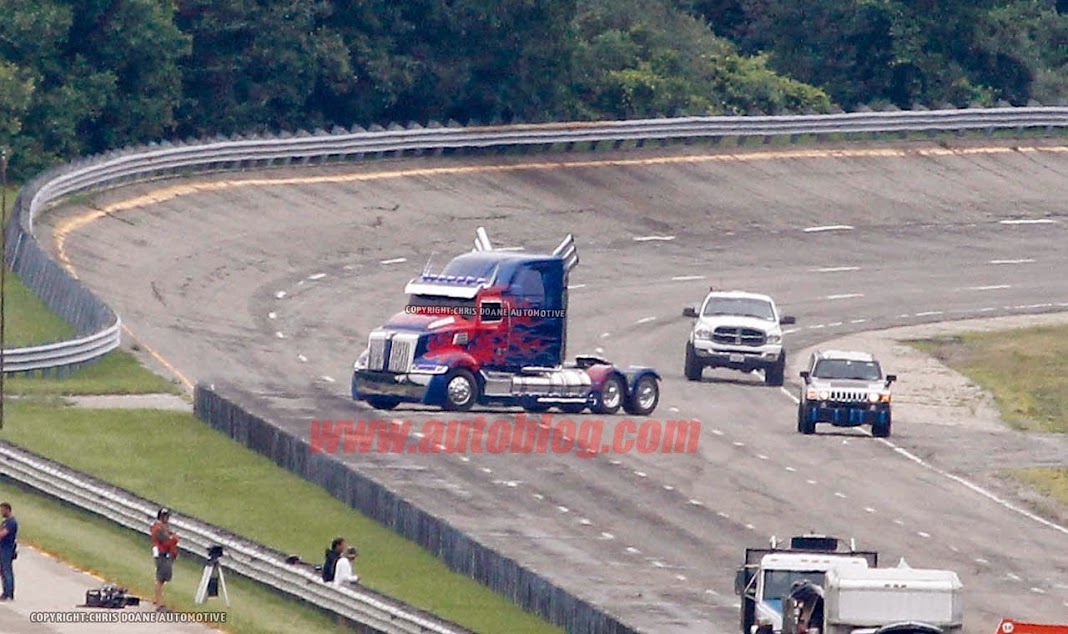 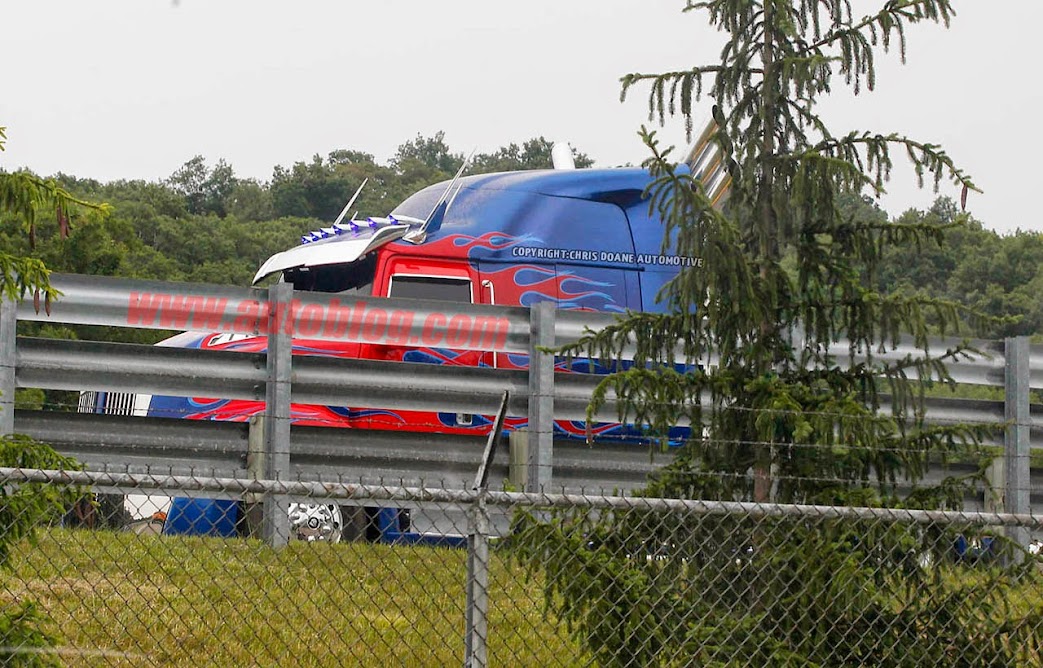