electricevvolkswagenVolkswagen Beetlevw
Toyota has the Corolla, Honda the Civic and Volkswagen... is not sure.

When the company started out, it was all about the Beetle, and while that remained the best selling car of all time, the Golf took over its job. Now the Germans are saying electricity is the future, and the ID.3 is eventually supposed to take over the Golf's job.

But nostalgia is a big part of what makes Volkswagen such a popular brand. There's no other way to explain why people spend $100,000 restoring 50 horsepower buses that rattle over bumps.

As for the Beetle, it feels like it got an easier job than the bus. During an era of extreme experimentation, Volkswagen tried to revive it with the "New Beetle," followed about a decade ago by the "21st Century Beetle." And no, we're not kidding those were the real official names.

Last year, Volkswagen dropped the Beetle like a used faced mask and seemingly never looked back. However, reports keep popping up that suggest a revival project is planned, one that uses the MEB electric car platform as its underpinnings.

This makes some sense, at least on paper, with the MEB platform and original Beetle having rear-wheel-drive in common. But a low-volume Beetle sold at a premium is only going to be approved if Volkswagen sells electric cars by the millions, and that's not going to happen for a while.

In the meantime, we could mention the official ID Buggy concept or show you something even better, a study by Saharudin Busri that embodies everything we like about the Beetle, Volkswagen, and electric cars.

To start things off, it's very colorful. You don't buy a Beetle just to blend into parking lots. It needs to have oversized alloy wheels, racing stripes and maybe even a spoiler. The retro thing is also happening, thanks to an adaptation of the classic round headlights, connected by an interesting horizontal line, just like the taillights.

We feel like something is missing, though. This is more like the 21st Century Beetle, a normal car pretending to be a Beetle. If this is rear-engined, we want to see the whole front come off and most of the luggage stored over there. 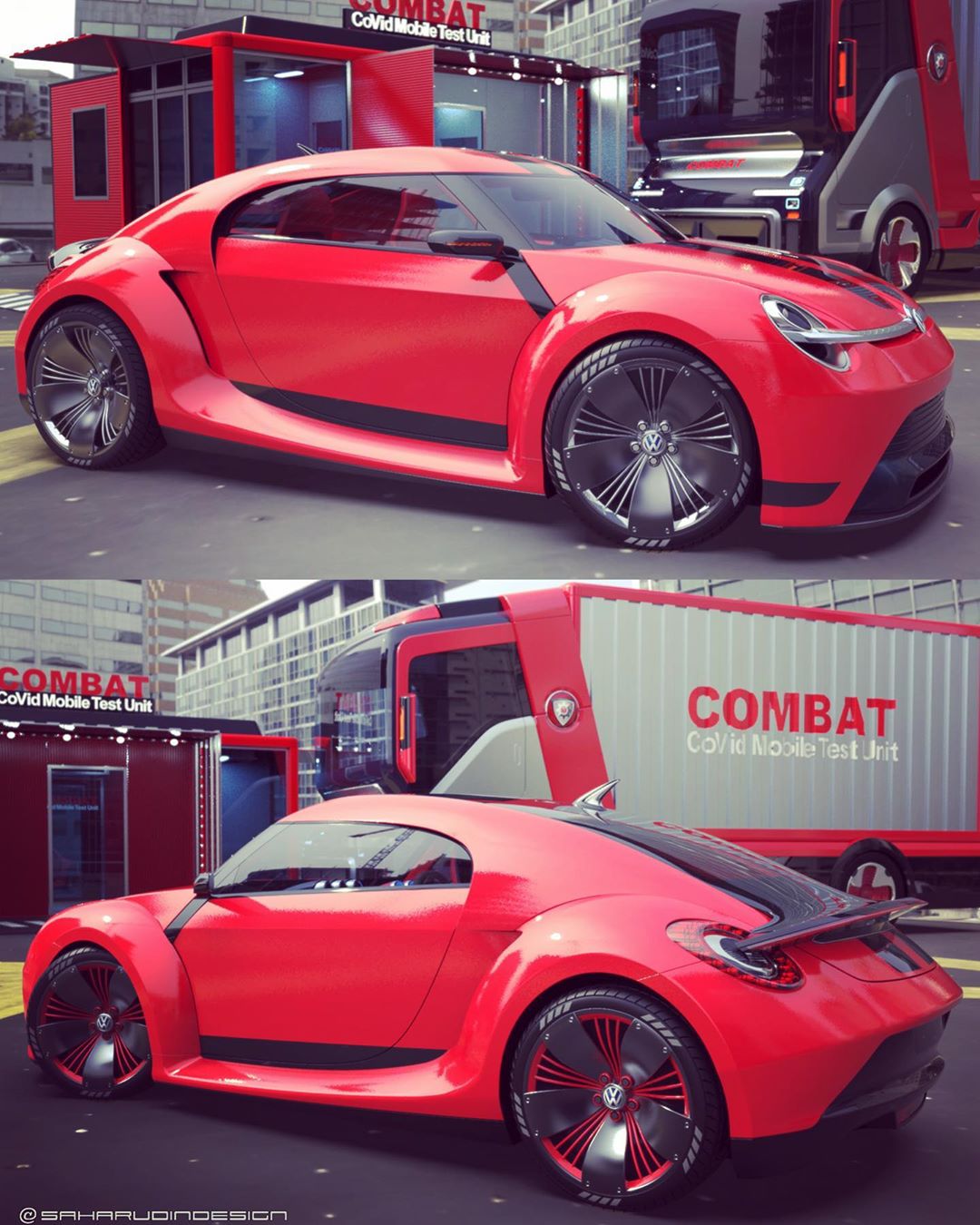 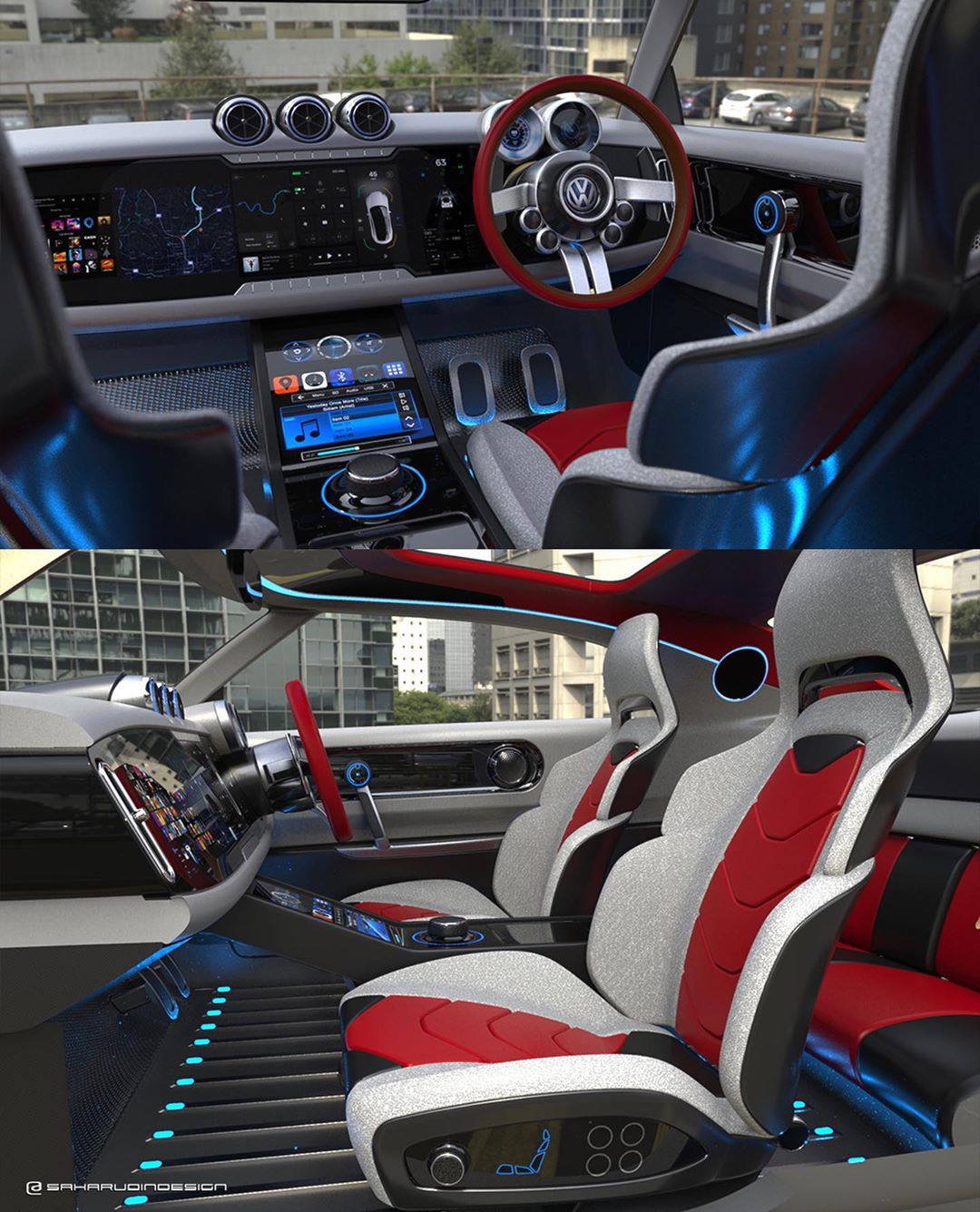 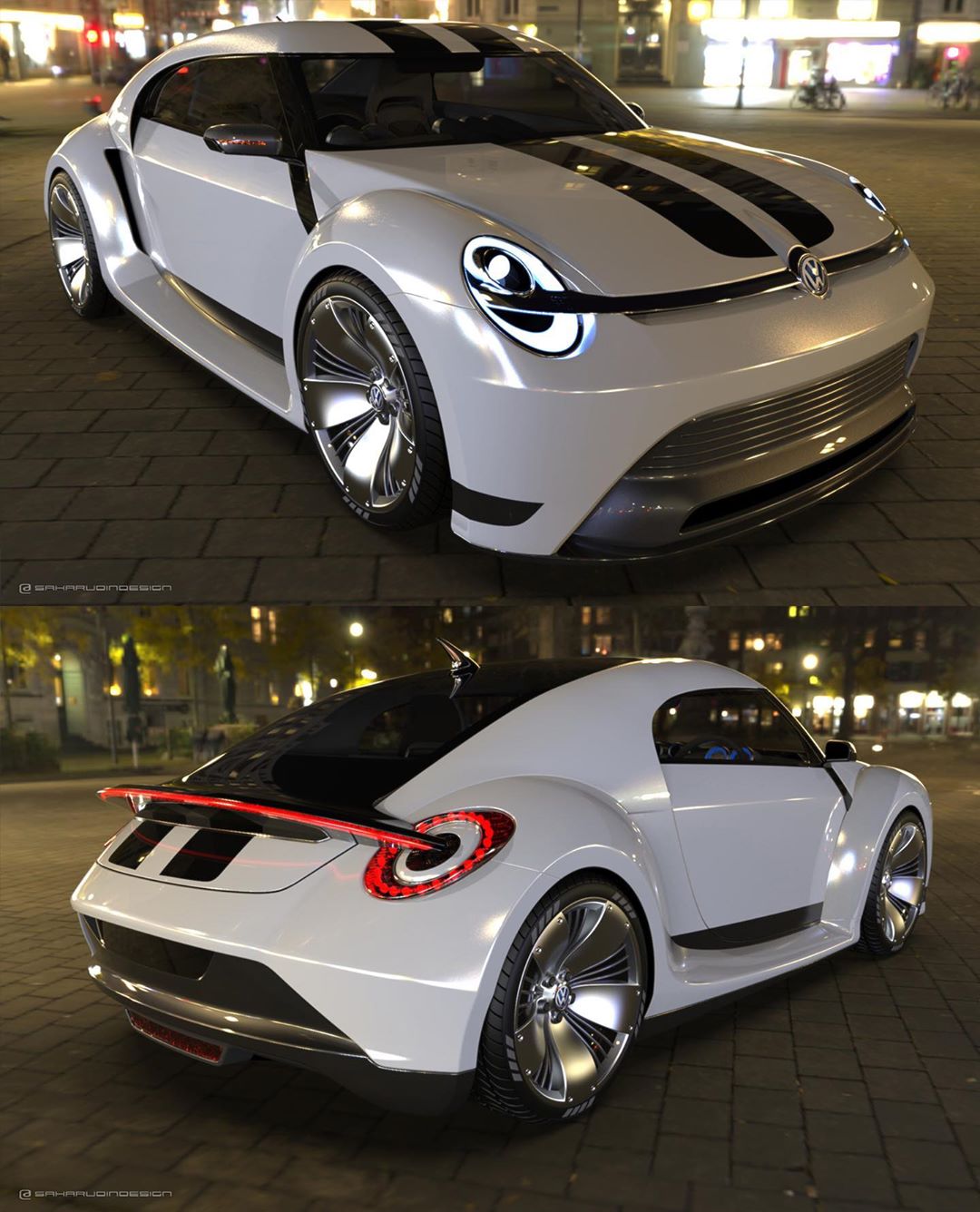