This Wild Chevy Suburban Is Like A Loud And Flashy Billboard

With around 2,000 LEDs and 30 speakers in total, nothing could be any louder than this.

Remember the show Pimp My Ride? Of course, you do. The show, hosted by the rapper Xzibit, was a hit in the mid-2000s featured old rides that were brought to West Coast Customs for some ridiculous customizations based on the owner's lifestyle. We've seen a lot of odd things there, but this customized truck from Titusville, Florida, was like straight out of the defuncted show – except that it wasn't.

What started out as a stock 2007 Chevrolet Suburban became a passion for TJ Dickinson. With his fascination with low riders, the young blood decided to do what he wants in a car. And the result is a huge green truck that has been a regular sight at local car shows.

Outside, you can't miss the bright green paint of the Suburban, which, according to Dickinson, took the longest to customize together with the fender flares – six months to be exact. Aside from that, it's also hard to miss the multitude of around 2,000 LEDs that highlight the Chevy in and out, along with the 32-inch three-piece Forgiato wheels.

In fact, the whole vehicle is hard to miss visually and audibly, as the custom truck has six Ground Zero 15-inch subwoofers and 24 10-inch speakers. Dickinson obviously likes it loud and one of the things he truly enjoys is listening to music as loud as possible while on the road.

It has been two years since Dickinson got this truck, and he has been offered by quite a sum for his custom creation. He once turned down a $70,000 offer and he reckoned, even a 100 grand wouldn't be enough for him to give up his project. 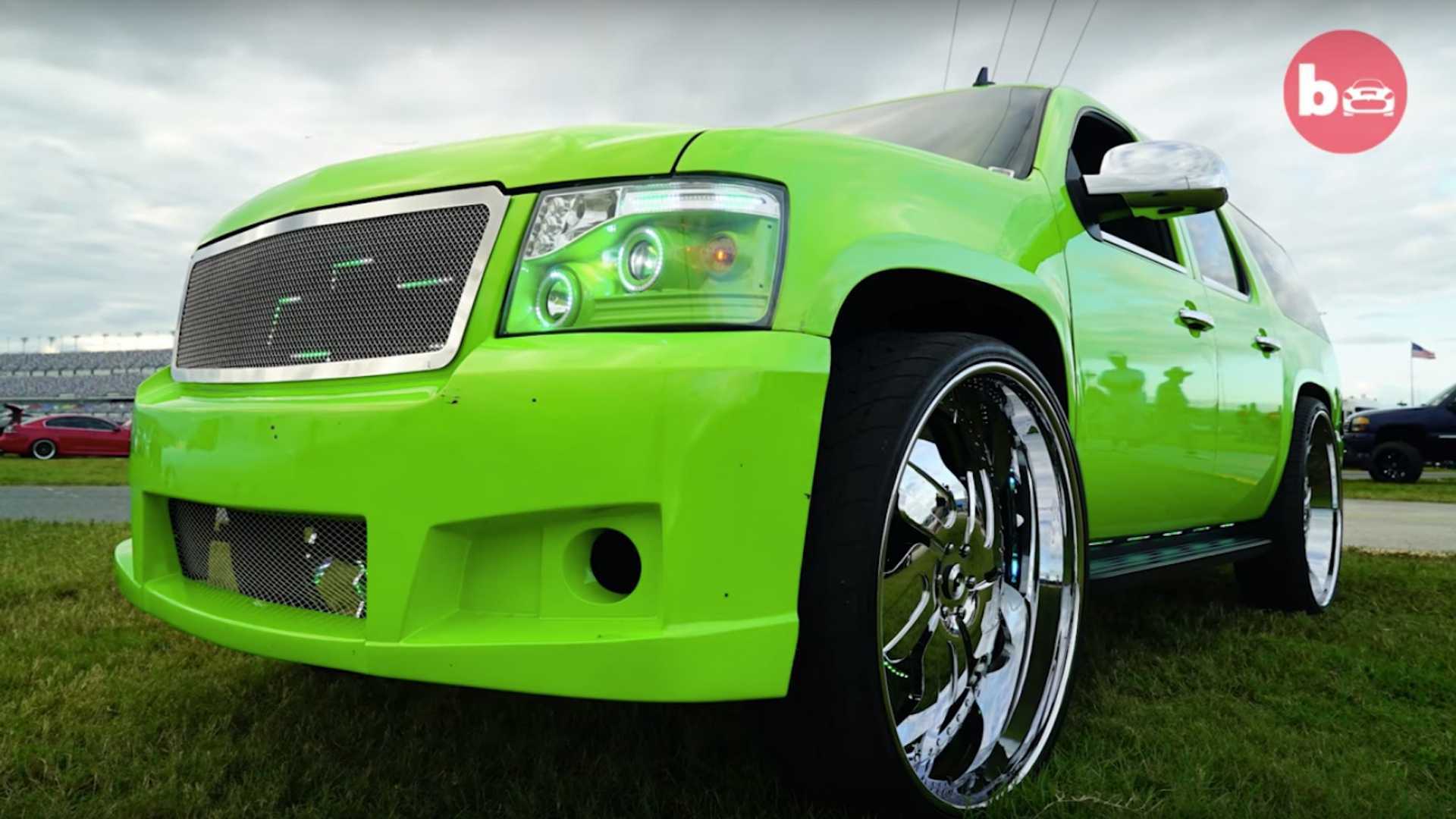 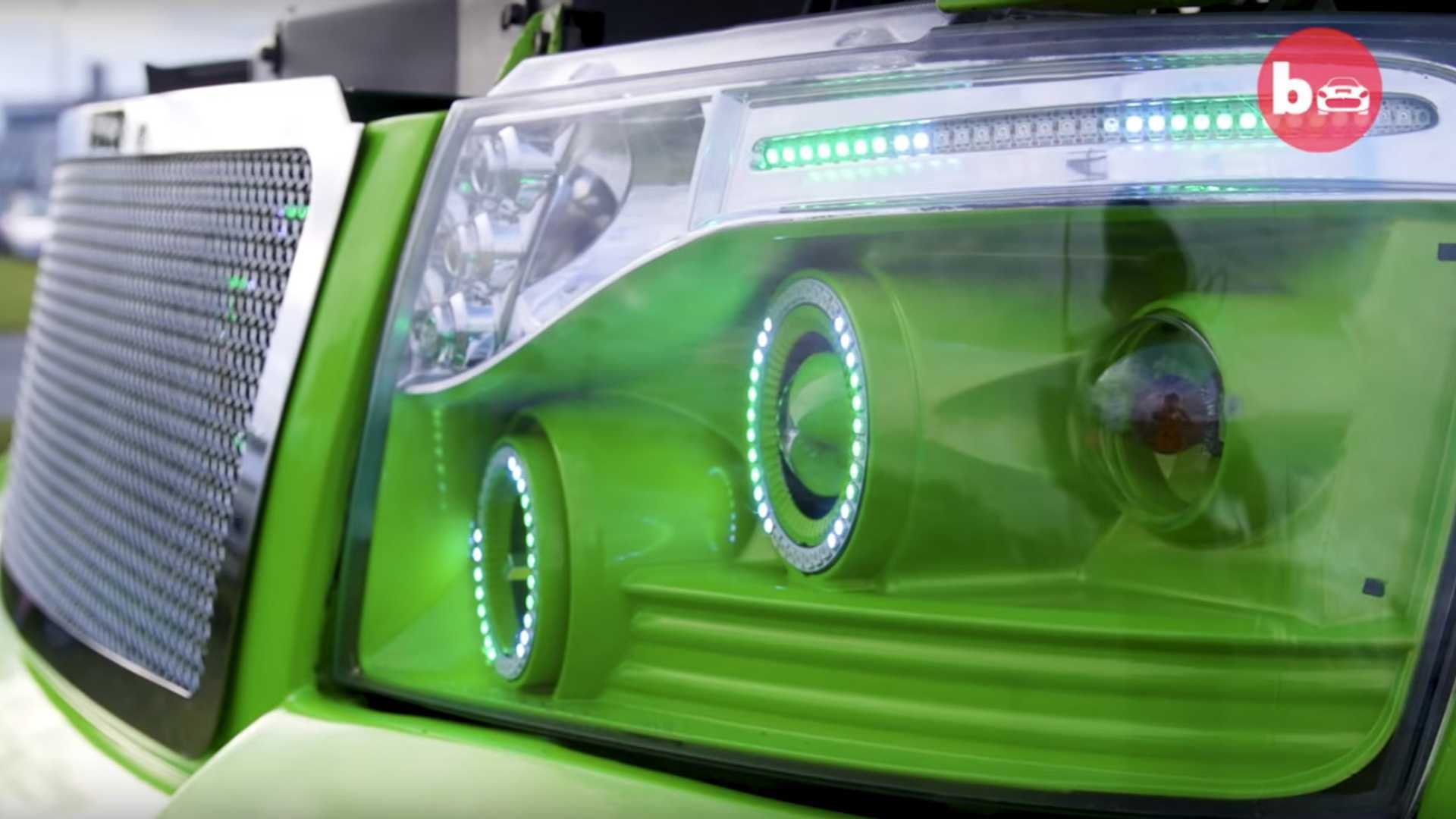 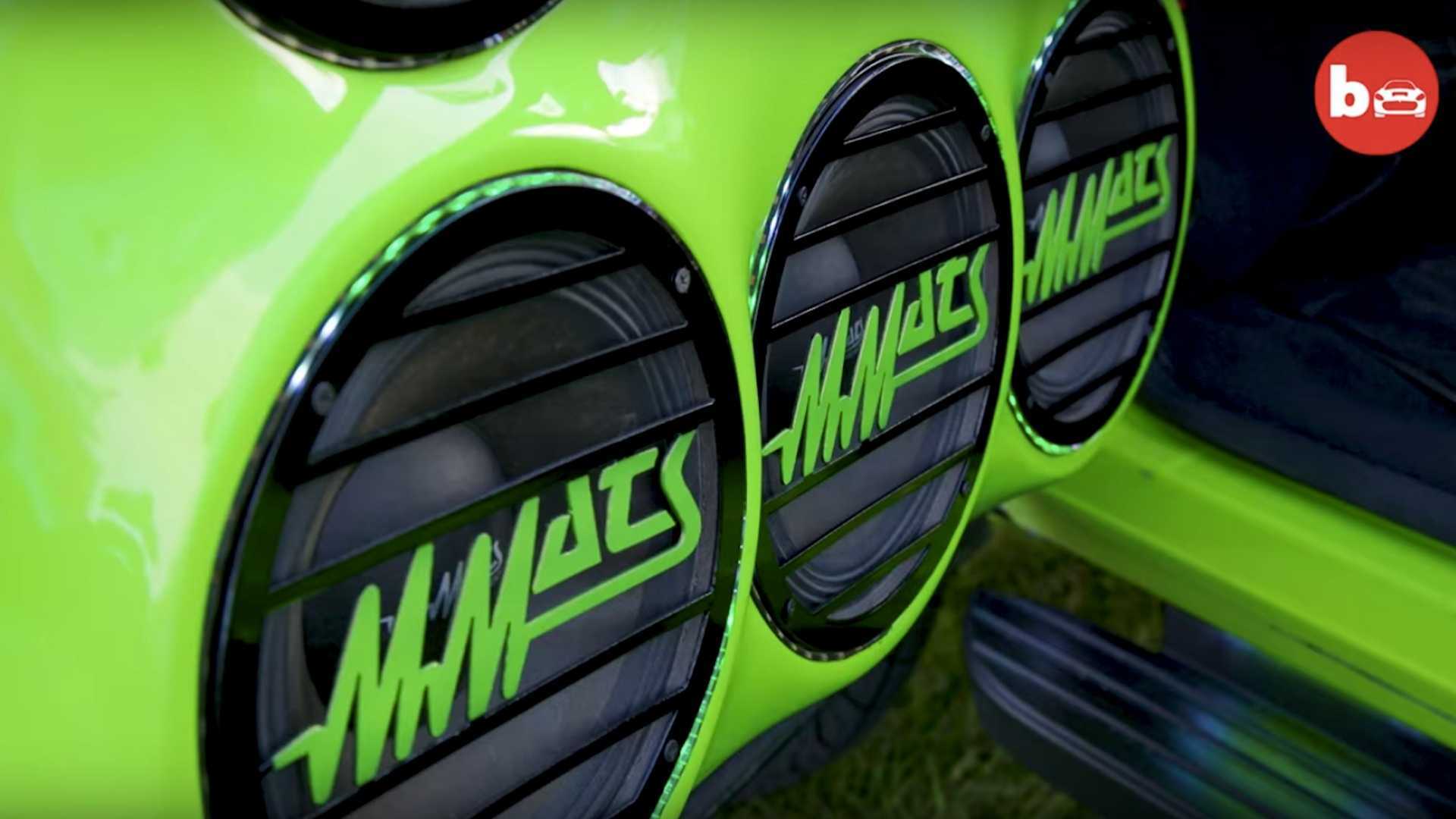 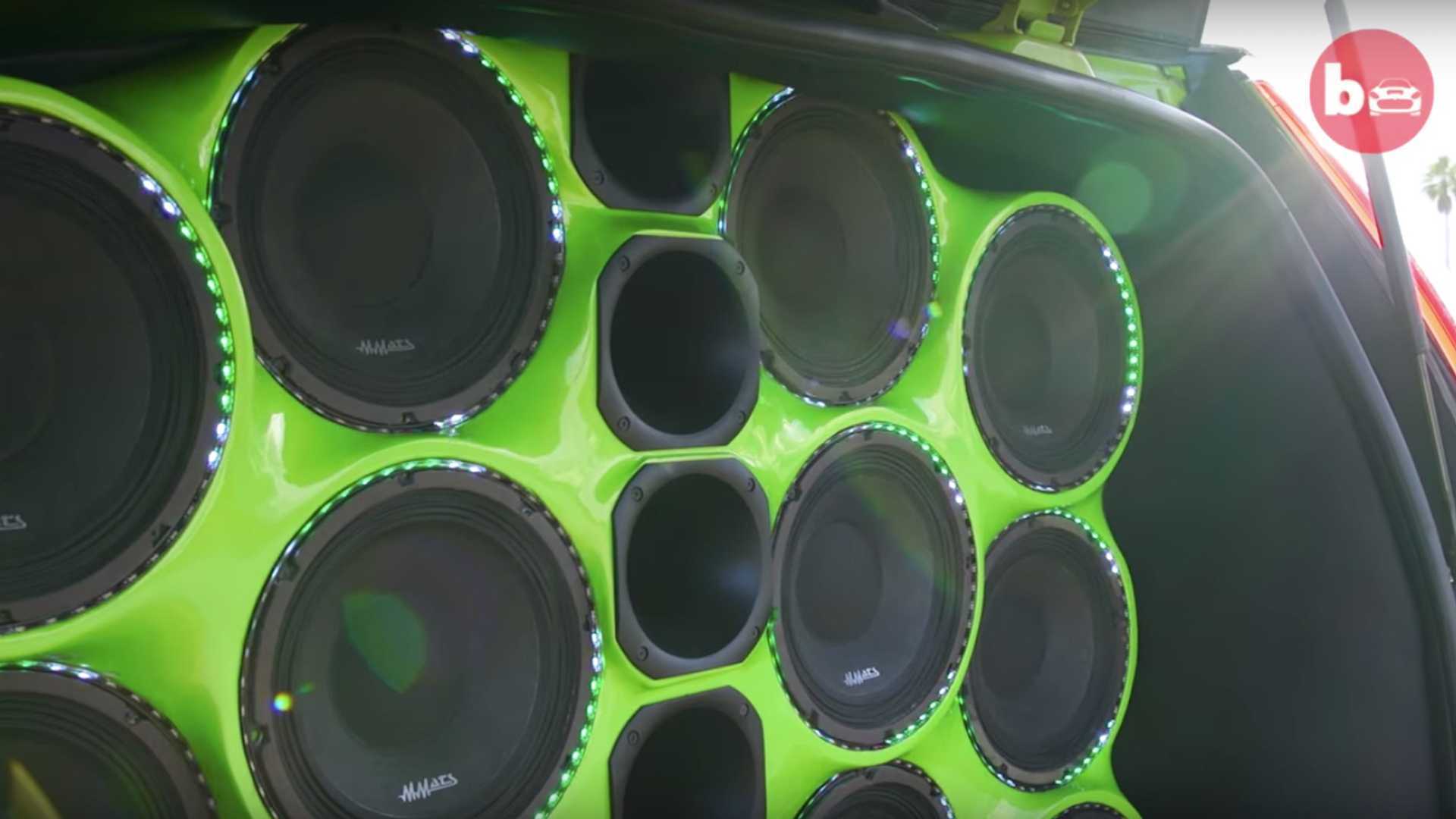 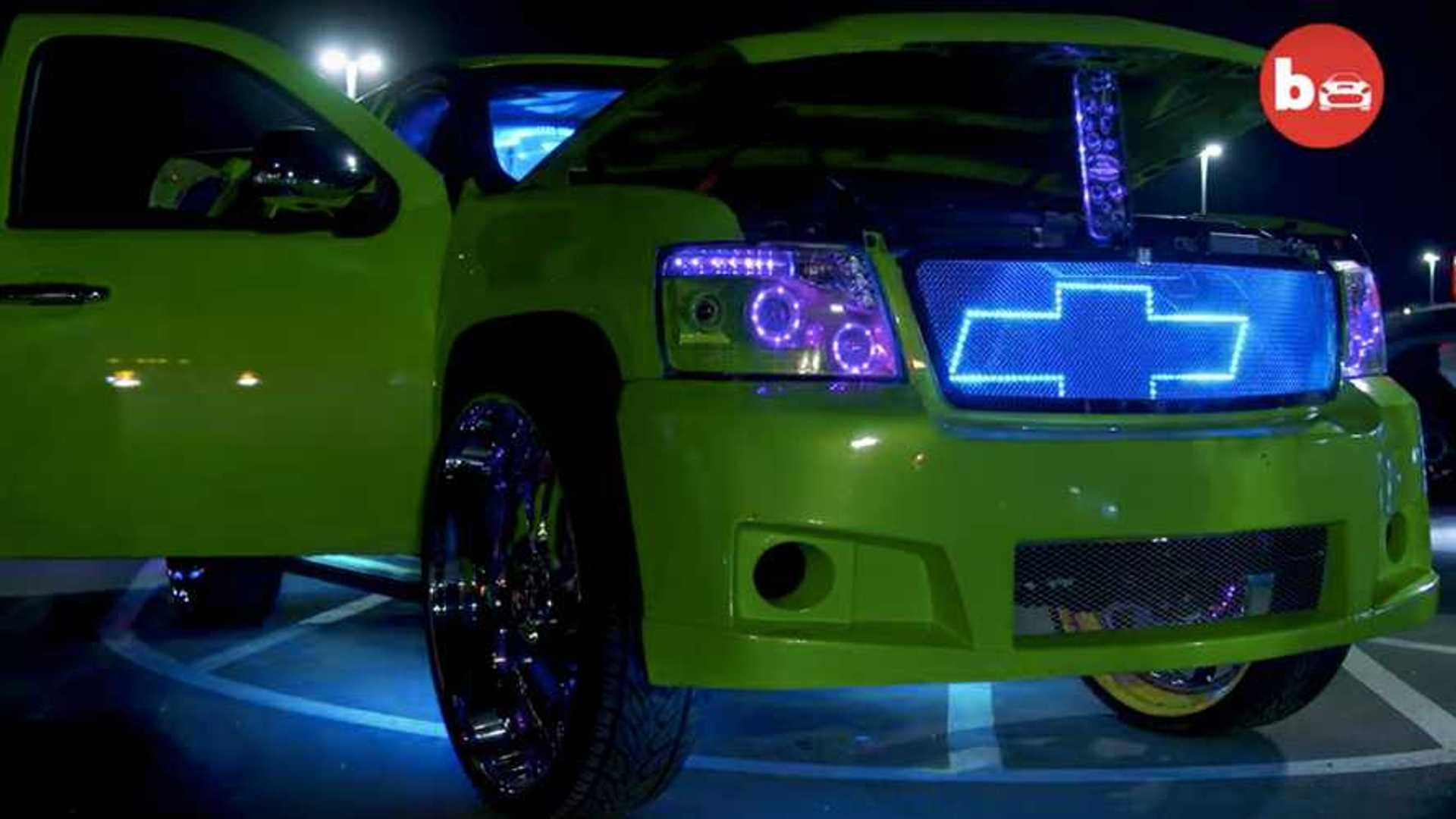