Have you ever wanted a Lamborghini that's relatively easy on the wallet, runs on electricity, and has arguably the same amount of fun factor? As part of their 10-year anniversary, Xiaomi just released a special edition version of their Ninebot GoKart Pro that's an official tie-up with the Italian supercar manufacturer. The Chinese tech giant also revealed the world's first mass-produced transparent TV in the same week, so they're pretty much on a roll, and that's not including their smartphones and other gadgets.

While it may not have the same road presence as its real Lamborghini counterpart, this specific Ninebot GoKart Pro proudly wears the iconic "Giallo Orion" yellow colorway and includes the requisite stickers and badges. The aero and towering rear wing lend a very racecar vibe, and the small steering wheel and relatively comfortable (as far as karts go) seating area look pretty cool. Xiaomi claims the Ninebot GoKart Pro Lamborghini Edition is capable of carrying a load up to 100 kg (or about 220 lbs).

Like the existing Ninebot GoKart Pro, the Lamborghini Edition is all-electric and features a 432Wh battery pack that is good for about 62 laps of a 400-meter circuit at a top speed of 25 miles per hour. Additionally, the Lamborghini Edition gets LED headlights in "Ice Lake Blue" for visibility, an audio emulation system that recreates the sound of Lamborghini engines ( odel not specified, although a V10 or V12 would be epic). Plus, custom-made tires are standard to allow for easier drifting performance.

No word on when it'll reach the United States, but the regular Ninebot GoKart Pro in a rather plain-looking white, has been on sale for a while now, with Segway bringing it in. The Lamborghini Edition of the Ninebot GoKart Pro  launched in China on August 16 and will set buyers back 9,999 Chinese Yuan, the equivalent of $1,479. 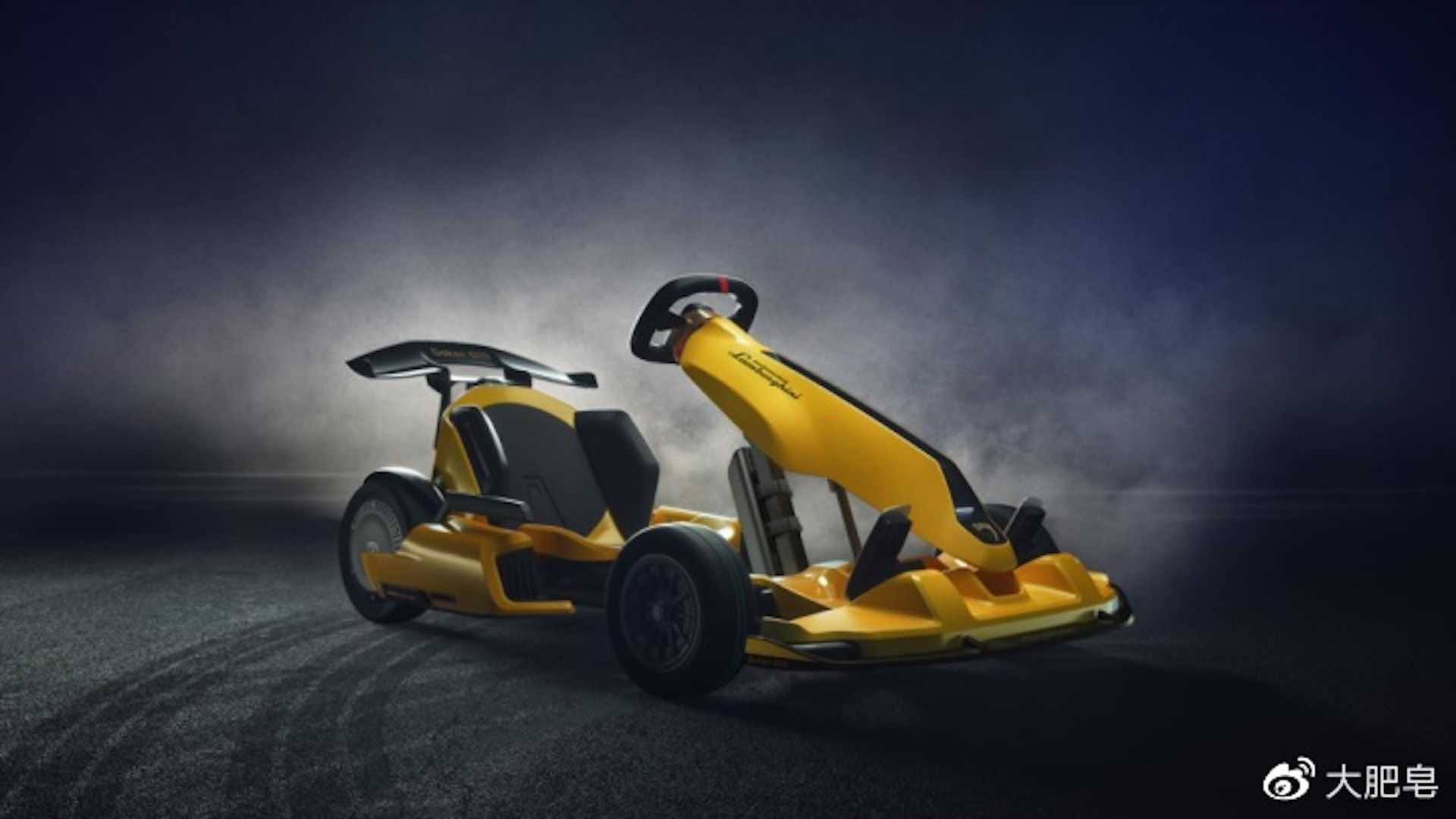