buggychevrolet
This is not your typical Corvette.

There are two types of car enthusiasts – those who want sports cars and those who are more inclined to choose off-roading vehicles. However, there are no rules prohibiting someone to be both. I know a lot of people who own both: a low-slung sports car and a hardcore off-roading rig built to conquer rocks instead of tarmacs.

If you're one of these people, then this car might be for you. A Chevy Corvette C5 has been spotted on Bring a Trailer, but it isn't an ordinary 'Vette. It has been converted into a dune buggy that was meant to get dirty.

Originally born as a silver 1999 Corvette hardtop, the owner of this off-roading machine converted it in 2019. It still has its original chassis and drivetrain intact. However, the conversion warranted the fiberglass body to be removed, while the front and rear frame rails have e been shortened. An exterior roll cage is then built around the body using DOM tubing.

There are some mix and match accessories employed in this car, as well. If you haven't noticed, the bumper was from a Jeep Wrangler Rubicon, while the muffler was from a Camaro Z/28. The 17-inch wheels are still stock, though they're wrapped in Firestone Destination MT2 tires. The suspension is also stock, though it's raised using factory adjusters.

Other off-roading accessories include tow hooks, DOT-certified Hella headlamps, a front light bar, LED taillights, and a fire extinguisher. The owner of this off-roading Corvette only changed a few in the cabin, particularly the cloth-covered leather seats and the removal of the speakers. Air-conditioning still works, though we doubt you'd be using that in this open-cabin configuration.

If you're interested, you still have five days to visit the listing on Bring a Trailer. It has a current bid of $15,000 as of this writing. 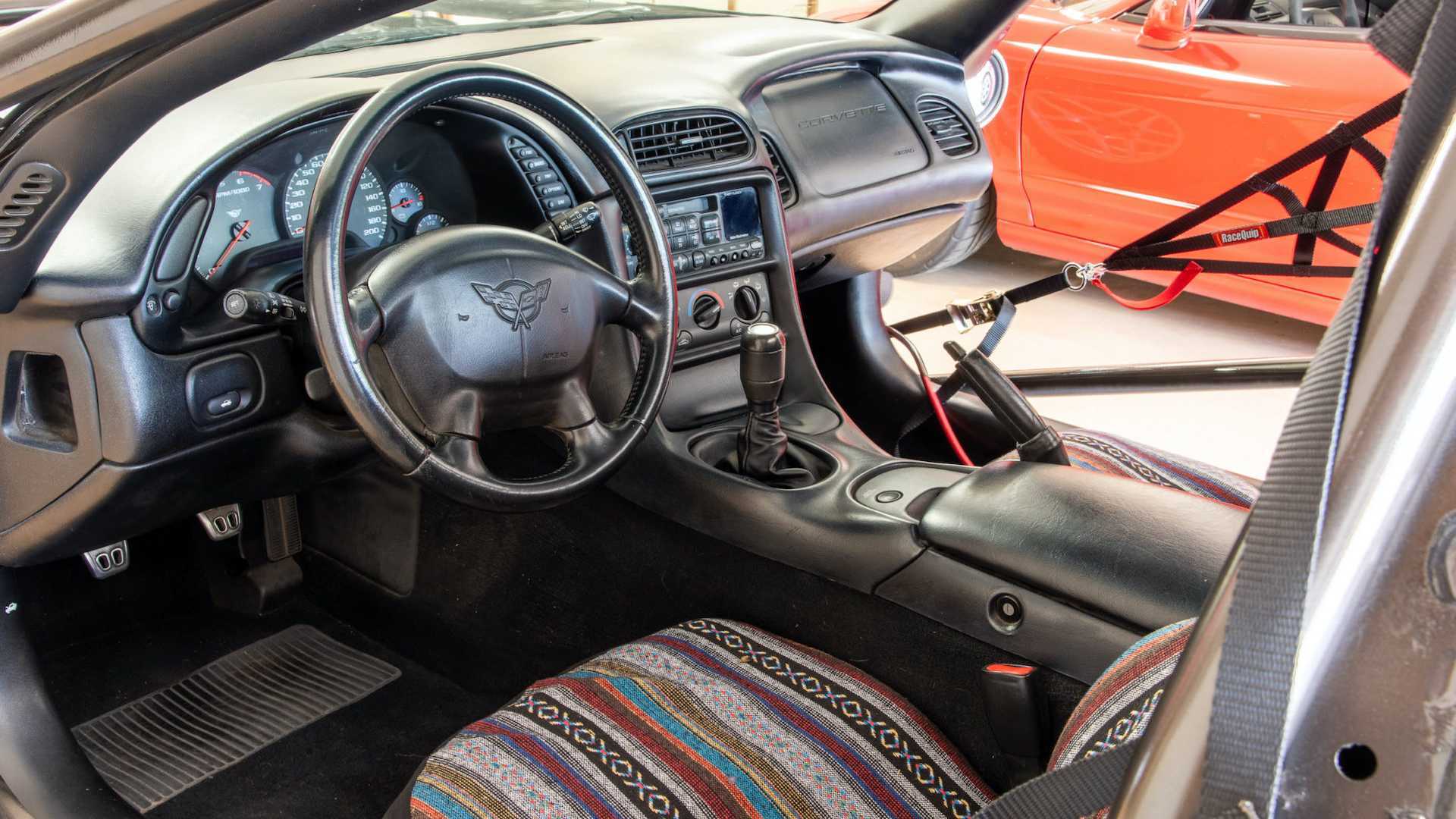