Shares the stage with the Civic Cyber Night Japan Cruiser 2020

Honda Access, the automaker's accessories division, plans a four-strong lineup of concepts for the 2020 Tokyo Auto Salon. The hero car is the S2000 20th Anniversary Prototype, celebrating the launch of the roadster that made hearts race as quickly as the 2.0-liter VTEC F20 engine. Based off the first-gen AP1 version, the open-topped celebration wears new parts created with customer feedback in mind. Yeah, the S2000 ended production in 2009, but this isn't the first time Honda's trotted out the old star after retirement; at the 2013 salon, the company showed the S2000 Modulo Climax.

This year's Grand Prix White custom job is easier on the eyes, sporting tinted headlights over a new front bumper with a larger, reshaped intake, spats on the side sills, and a revised suspension. The windshield frame has been painted black, matching the side mirror caps, 17-inch Advan RZ2 wheels, and ducktail spoiler. The cockpit's dominated by a pair of deep red sport seats – which could be optioned on the original – the sole show piece being a new cover for the stereo. Who knows if any of the items will make production, but the roadster is labeled "prototype" as opposed to "concept," and if Honda Access went through the trouble to ask customers what they'd like to see in OEM aftermarket parts, we'll guess the chance is greater than zero.

Another nod to the nostalgic comes with the Civic Cyber Night Japan Cruiser 2020, based on the first-generation Civic Type R launched in 1997 that insiders call the EK9. It's hard to tell what the final version will pull off, but based on the neon, synthwave rendering we'll figure a stroppy body kit with a meaty front fascia, alien mech headlights, turbine wheels that look pulled from a current Honda Insight, and a reshaped rear spoiler. Honda worked up the hatch for "modern youth," and it "reflects a neo-Japan where the near future and underground are disturbed." Cue the fog machines and synthesizer ballad.

The "Ah, there's Japan" concept is called the Kachatto-Wagon, based on the Japanese-market, midsized Honda Stepwgn MPV. It's rear-access ramp and flat floor lead to it earning the term "Multipurpose Slope Vehicle." The multipurpose part gets expressed by the movable furniture inside, creating simpler ingress and egress for unwieldy items like wheelchairs and bicycles.

For the tykes, there's the Aibou. All we know about it for now is that it's heavily reminiscent of a Little Tykes Cozy Coupe given a Jetson's bubble canopy, and it's got "exciting new moves." 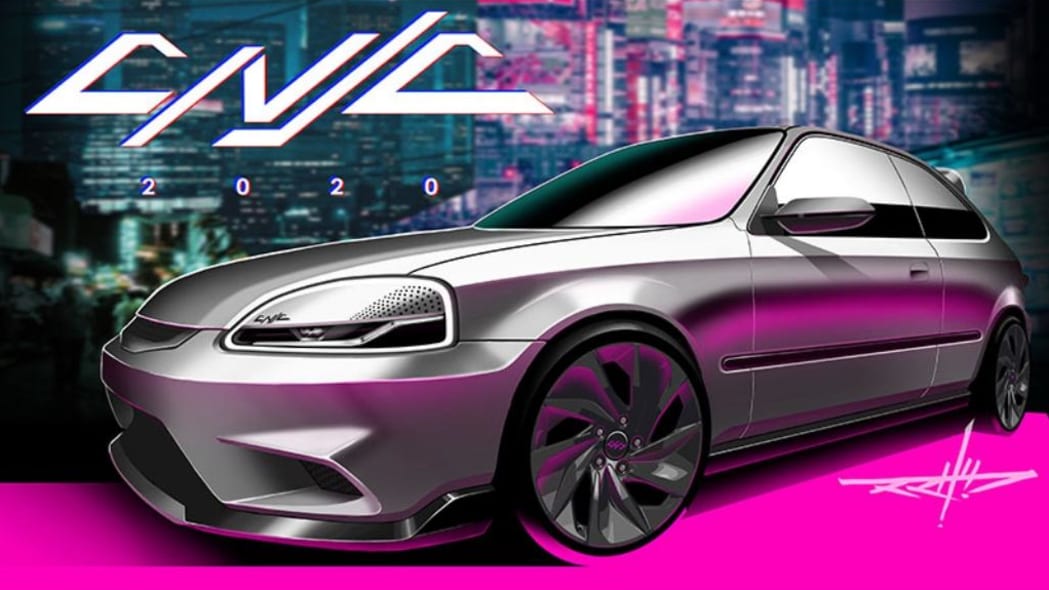 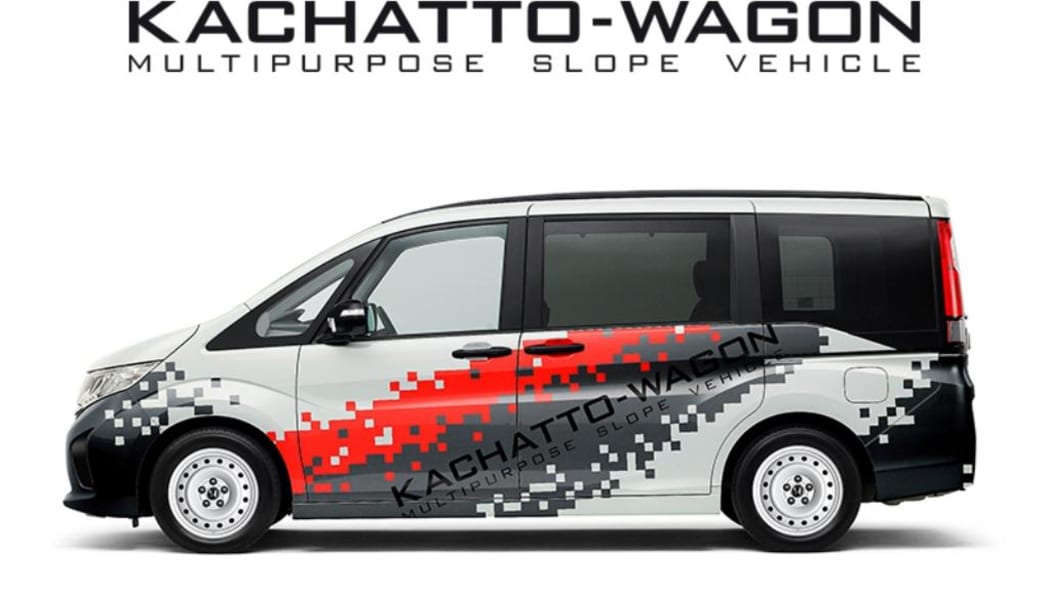 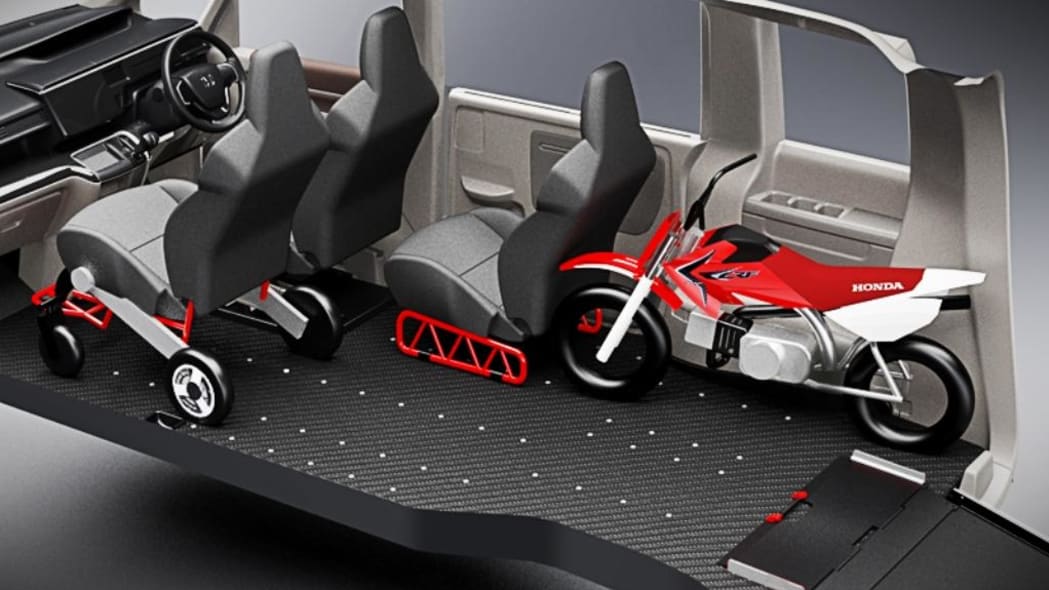 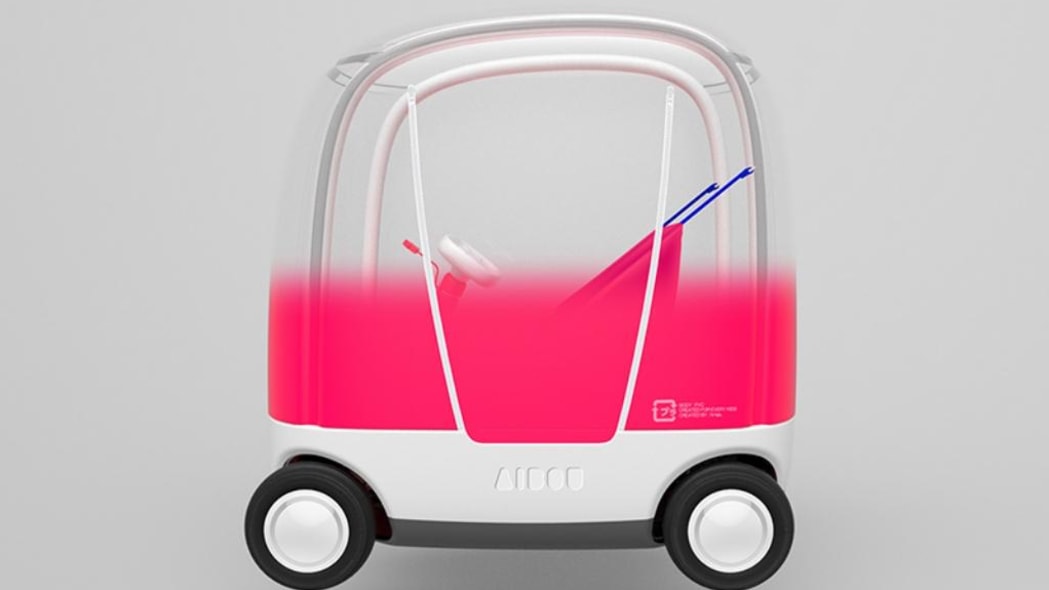