Just 19 examples will be produced.

As you'd imagine, the Sian Roadster ditches the roof but otherwise maintains the same sultry design cues as its coupe counterpart. Drawing inspiration from the Terzo Millenio concept car, the Sian points toward the future for Lamborghini's design language. Intense details like the three-prong front lighting signature and triple taillight layout are eye-catching, to say the least. Smaller touches like the side intakes and hydraulic rear wing make everything a bit more special. Put simply, it's the best looking Lamborghini in recent memory, despite being completely over the top.

Speaking of, it's the powertrain that sets the Sian apart as the leader of the bulls. It borrows the fire-breathing 6.5-liter V12 from the Aventador SVJ but adds a 48-volt mild-hybrid system. Total output is 819 horsepower (602 Kilowatts), or in other words – damn! Lamborghini says all that grunt shoves the Sian Roadster to 60 miles per hour in under 2.9 seconds and onward to a top speed of 218 mph (350 kph).

Where the Sian coupe gets 63 units, the roadster gets less than one-third of that, with just 19 to be built. This may not be shocking, but all are sold out. The good news is that we should see some neat specs, with each owner getting the chance to work with Lamborghini Ad Personam to create their perfect car. You're looking at a car finished in Blu Uranus, which looks absolutely stunning over the white interior and colored wheels.

With so few Sian Roadsters hitting the streets, you'll be lucky to ever one in the metal. Even so, it's fun to see such a wild creation from a company that prides itself on special cars. And remember, this seven-figure stunner paves the way for the next generation of V12 Lamborghinis, which is something we can all get behind. 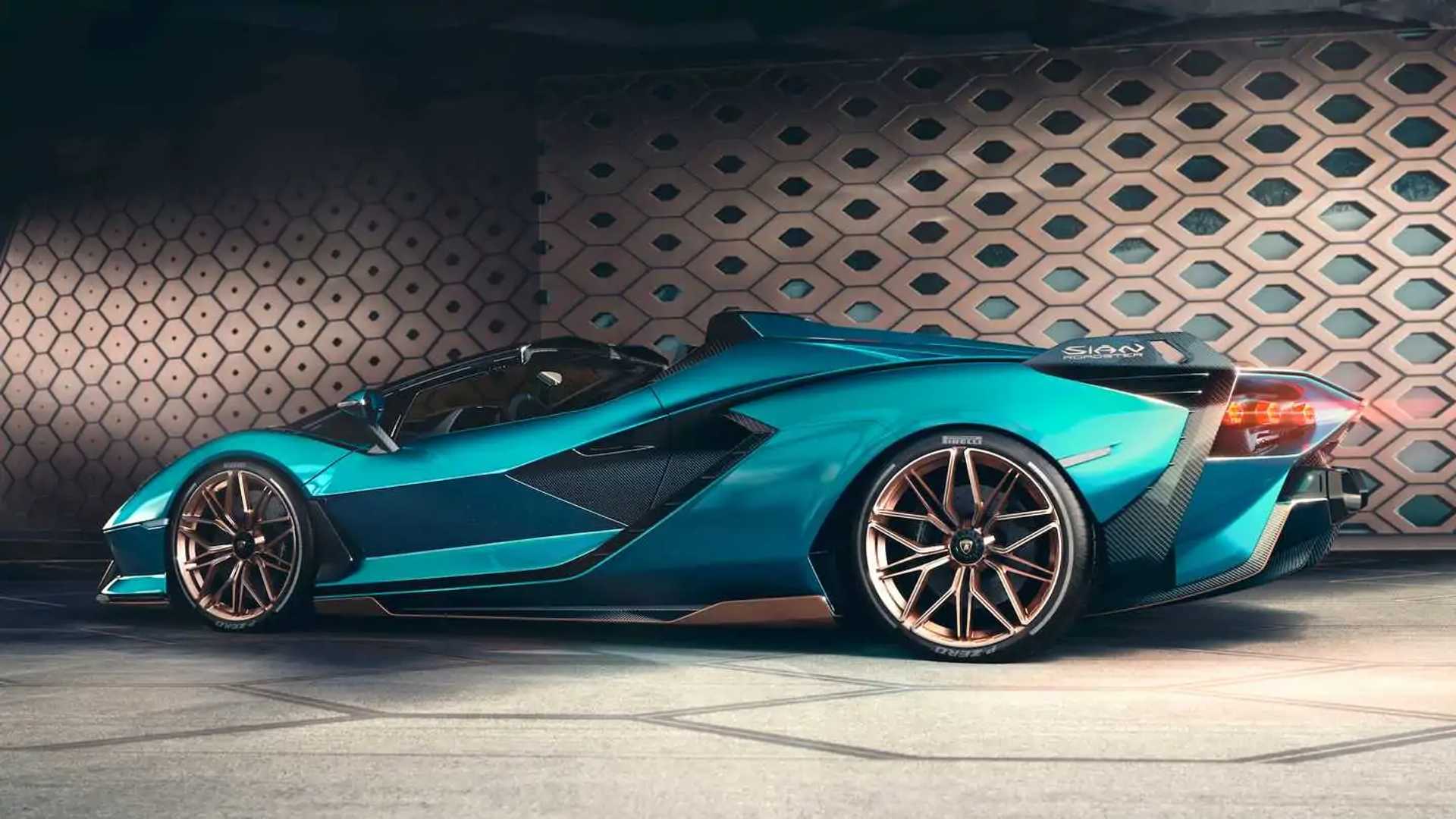 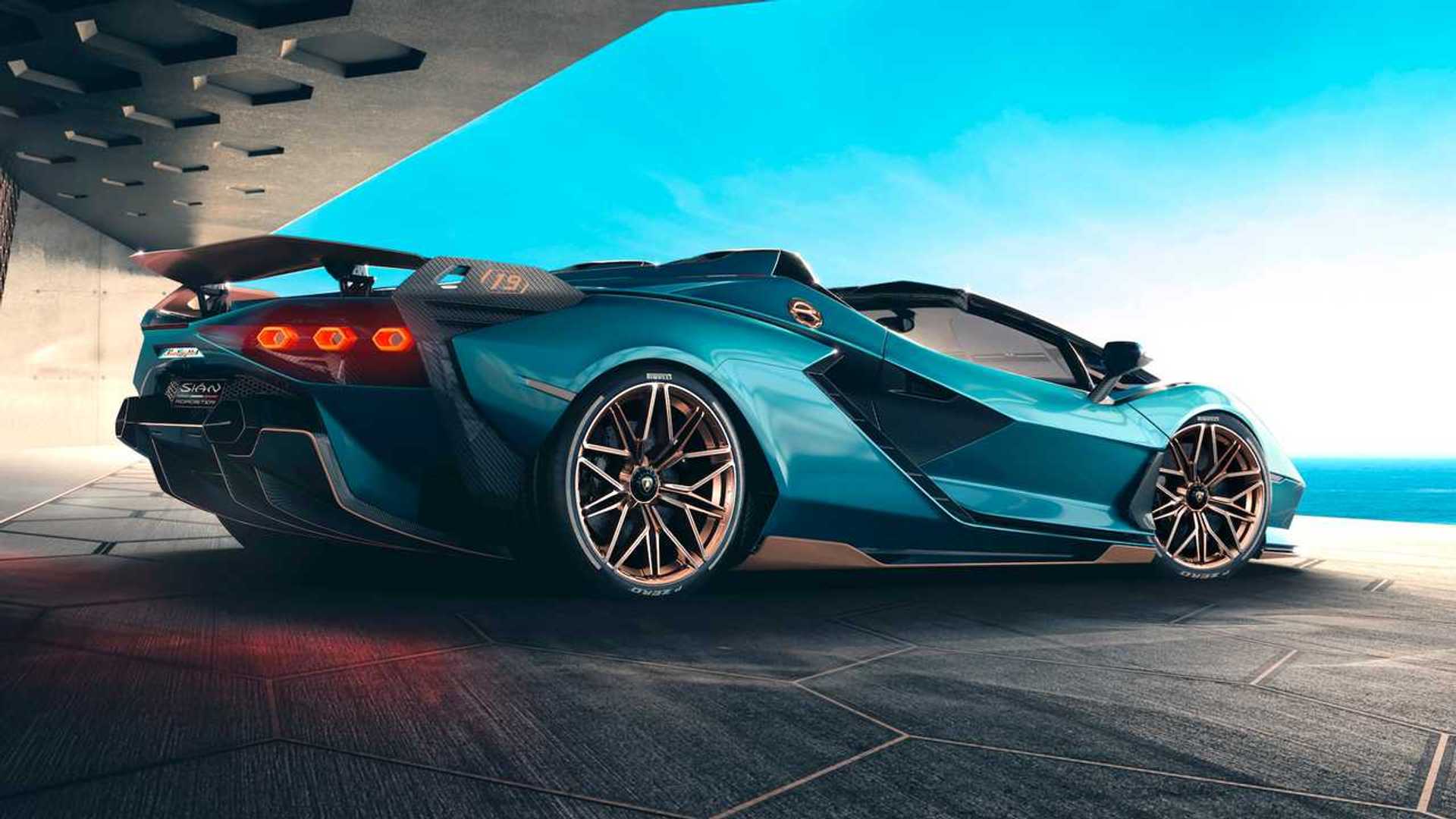 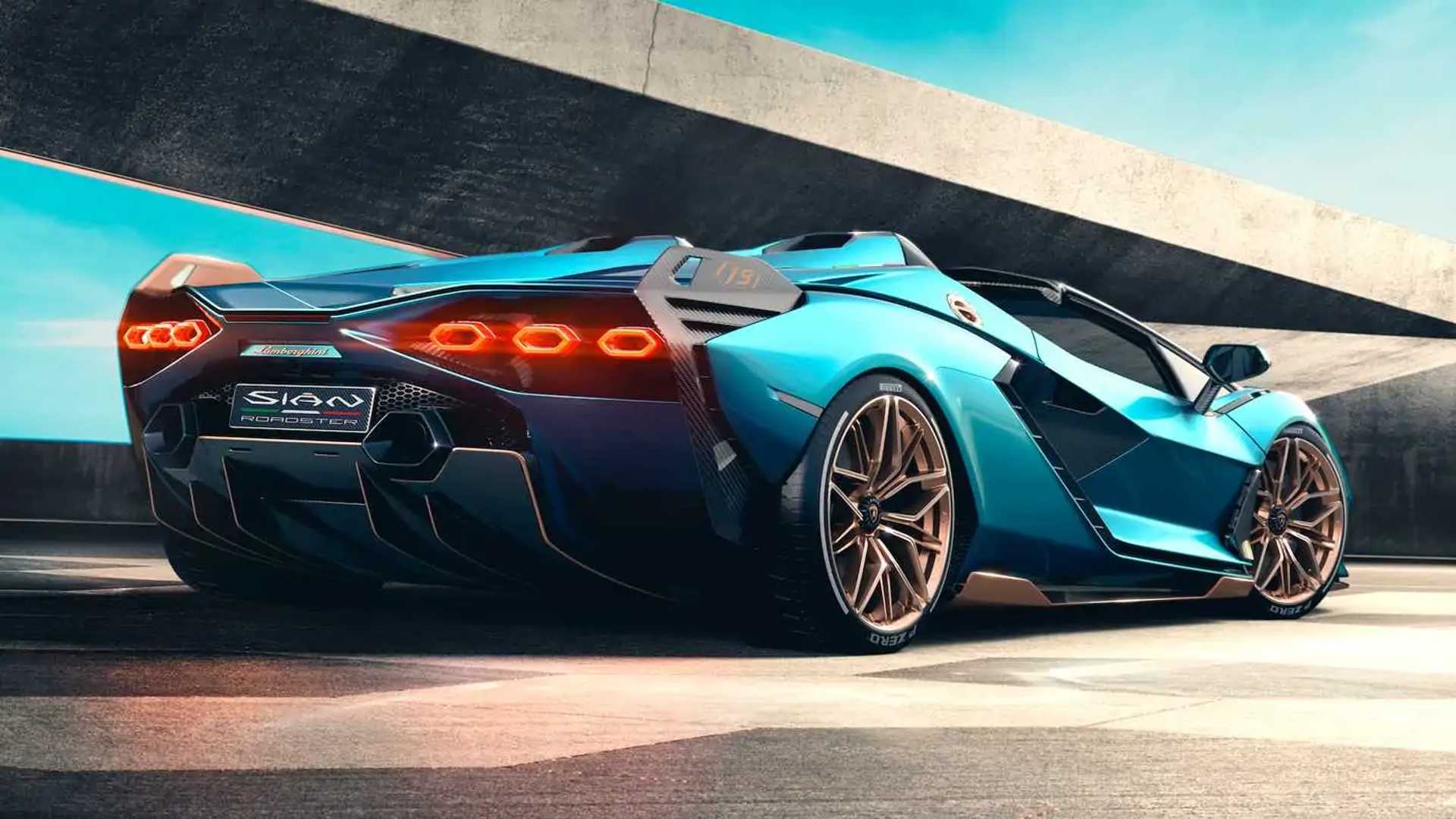 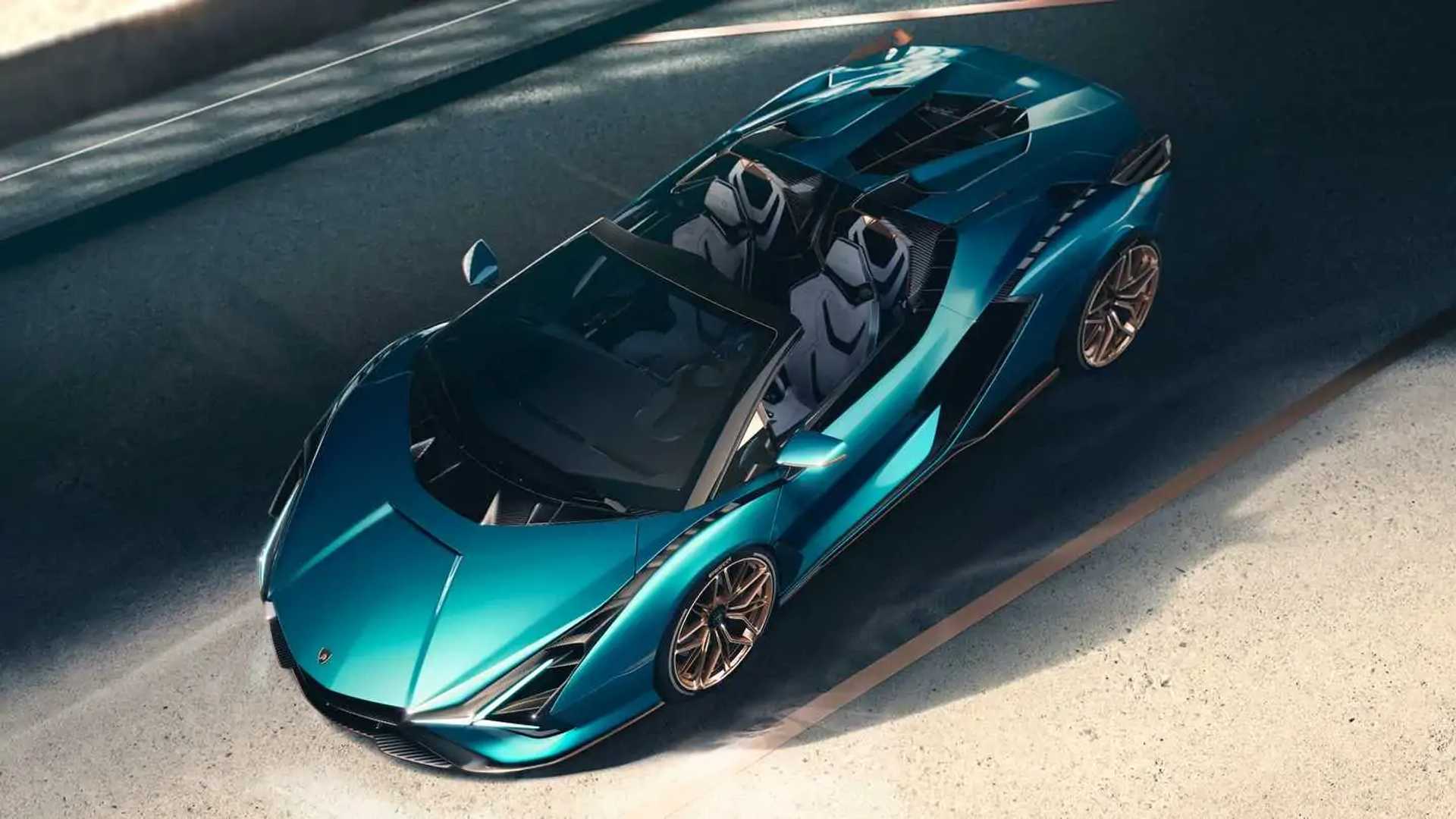 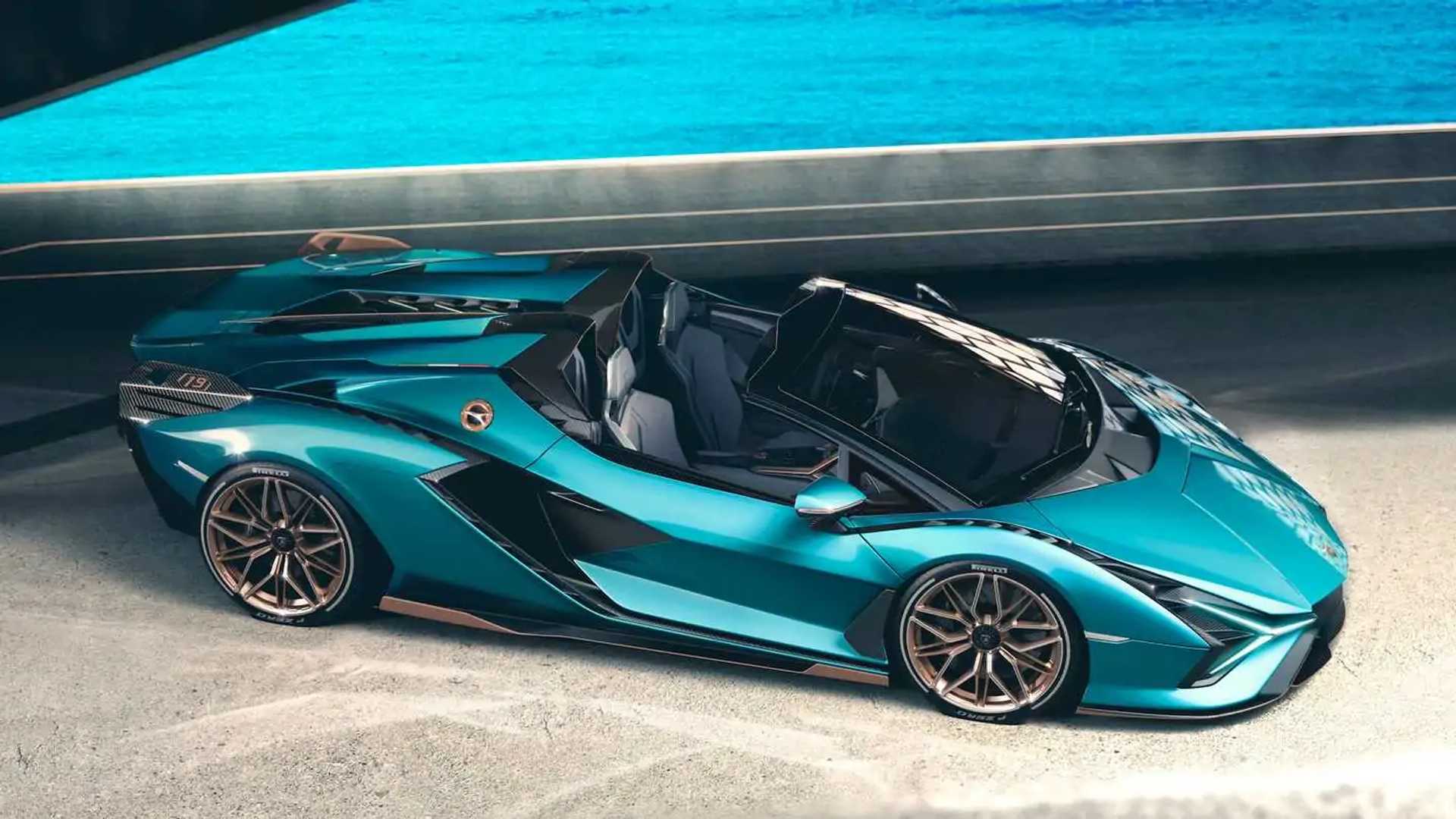 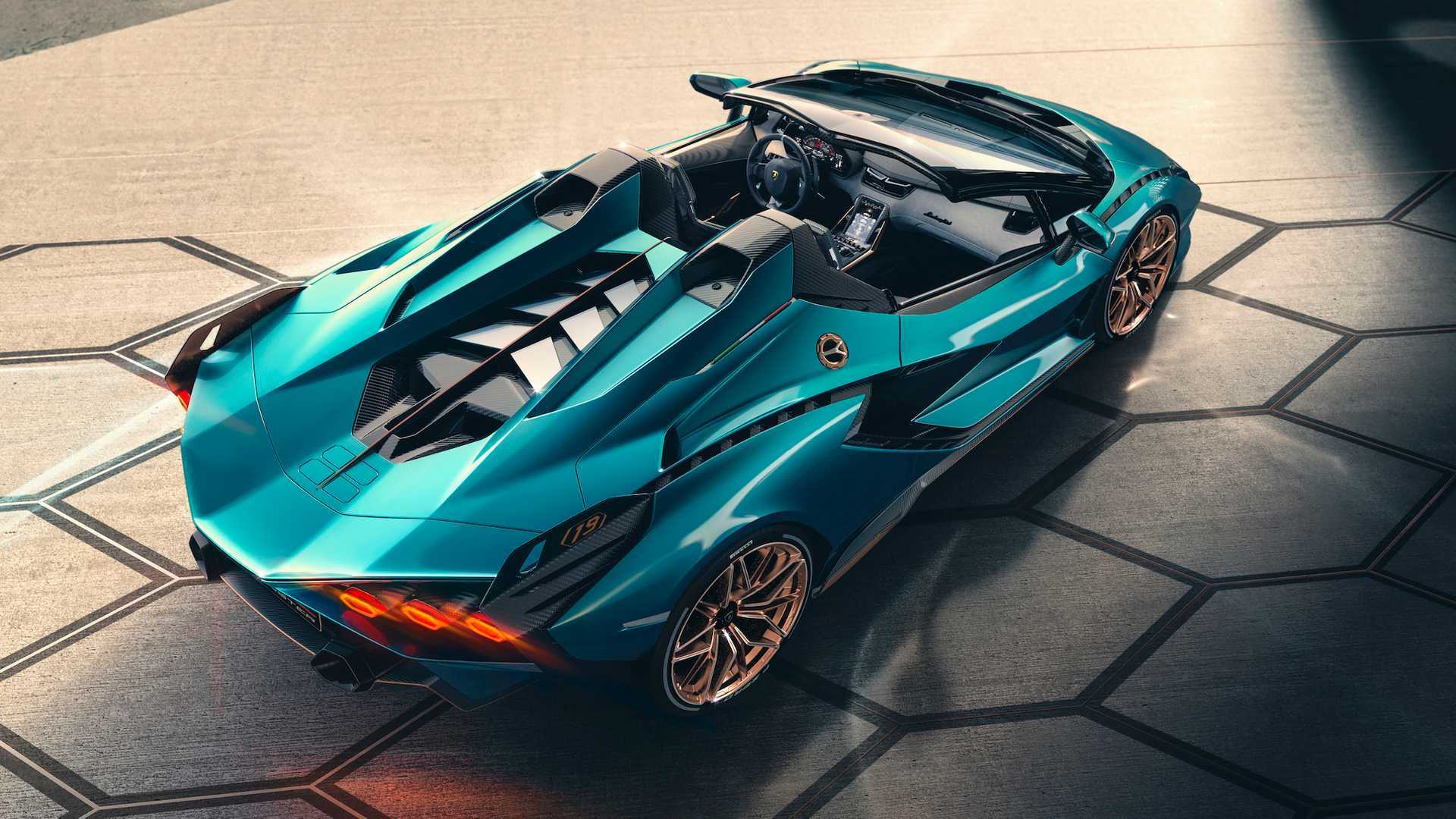 FAQs
What is the Lamborghini Sian Roadster?

The Lamborghini Sian Roadster is a topless version of the most powerful car in the company's portfolio. It shares parts with the Aventador SVJ but also includes a hybridized powertrain.

How much power does the Lamborghini Sian Roadster have?

The Sian Roadster is the most powerful Lamborghini ever. It has 819 horsepower, thanks to a 6.5-liter V12 and a 48-volt mild-hybrid system.

How fast is the Lamborghini Sian Roadster?

With over 800 horsepower and all-wheel drive, the Sian Roadster is absolutely blistering in a straight line. Lamborghini claims that the car reaches 60 miles per hour is less than 2.9 seconds, and onward to a top speed of nearly 218 mph.

How rare is the Lamborghini Sian Roadster?

The Lamborghini Sian coupe is already extremely rare with just 63 units going into production. The Sian Roadster is even more special with 19 units total – or less than one-third the production run of the coupe.

How much does the Lamborghini Sian Roadster cost?

The truth is that Lamborghini doesn't put an exact price tag on the Sian Roadster. We can assume from other reports and prior models that the Roadster costs seven figures, potentially as much as $3,700,000.