The rumors surrounding Lamborghini's application of hybrid technology will finally materialize at the 2019 Frankfurt Motor Show. The Italian firm introduced a limited-edition model called Sián, which stands out as its most powerful street-legal car ever and its first production-bound hybrid model.

The Sián's gasoline-electric powertrain gives Lamborghini's mighty, naturally-aspirated V12 engine a new lease on life. It's completely different than the setup found in the 2014 Asterion LP910-4 concept, though, and it's considerably more advanced than a standard hybrid system.

An electric motor sandwiched between the engine and the transmission receives electricity from a supercapacitor and injects 34 horsepower into the driveline. While that sounds like a rounding error in a car with the Raging Bull emblem on its nose, the 48-volt mild hybrid system helps the Sián return better gas mileage, provides a boost under hard acceleration, and powers the cars on its own at ultra-low speeds, such as when parking. The hardware tips the scale at a reasonable 75 pounds. Lightweight, composite materials like carbon fiber offset the hybrid system's mass.

The mid-mounted V12 relies on titanium intake valves to generate 785 horsepower, a figure that makes it the most powerful road car engine in Lamborghini's 56-year history. The system's total output checks in at 819 horsepower. The Sián takes 2.8 seconds to reach 62 mph from a stop, and its top speed lies somewhere north of 220 mph.

Visually, the Sián blends styling cues from Lamborghini's emblematic past models with features borrowed from its futuristic, forward-thinking concept cars. The wide, Y-shaped LED daytime running lights come straight from the Terzo Millennio introduced in 2017, while the six hexagonal rear lights are a nod in the direction of the Countach released in 1974. The Gandini line that characterizes every Lamborghini is accounted for; it defines the car's low-slung profile.

The interior reflects Lamborghini's drive to make its cars more high-tech. The driver faces a digital, configurable instrument cluster, and the center console houses a touchscreen that displays a version of the infotainment system first seen on the Huracán Evo. Poltrona Frau leather and 3D-printed parts continue bridging the gap between Lamborghini's heritage and its future.

Lamborghini will make 63 examples of the Sián by hand in its Sant'Agata Bolognese, Italy, factory. It chose that number because it was founded in 1963. Pricing information hasn't been released yet, but it's too late to add your name to the waiting list because the entire production run has already been spoken for. The firm will invite buyers to make their car unique through its Ad Personam program.

We're tempted to say the Sián (a name which means flash, or lightning, in the Bolognese dialect) sheds light on upcoming Lamborghini models, but the company beat us to the punch by announcing its latest model is a rolling display of the technology that will shape its cars during the 2020s. It "represents the first step in Lamborghini's route to electrification, and expedites our next-generation V12 engine," according to company boss Stefano Domenicali.

The second step on its route to electrification will most likely be a hybrid variant of the Urus. The third could be the Aventador's replacement, which will arrive in the 2020s packing much of the same technology showcased in the Sián. Notably, using supercapacitors rather than a lithium-ion battery pack adds cost and complexity, but it could give Lamborghini an edge over its rivals. 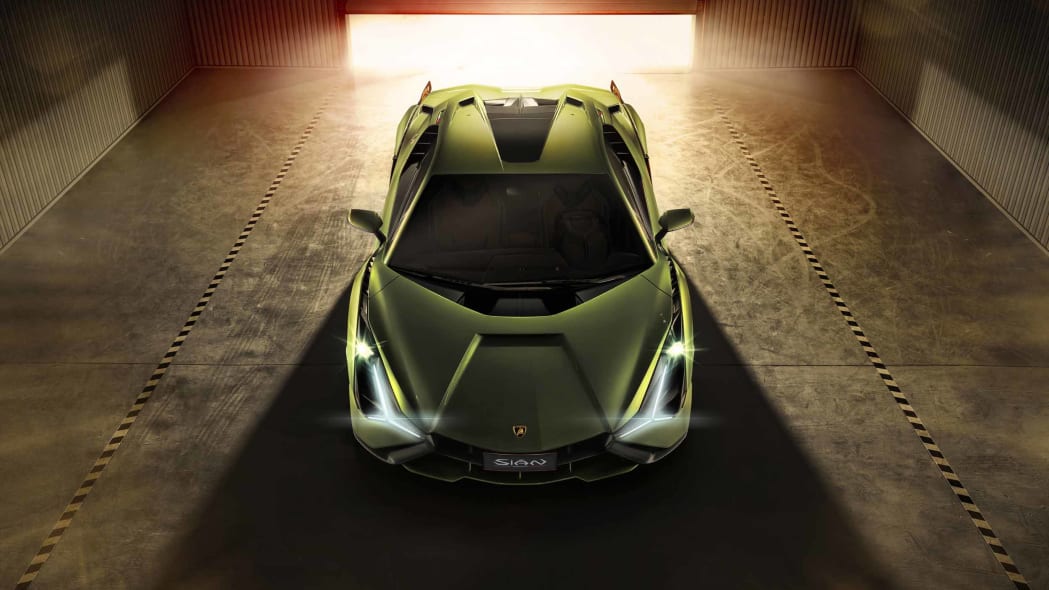 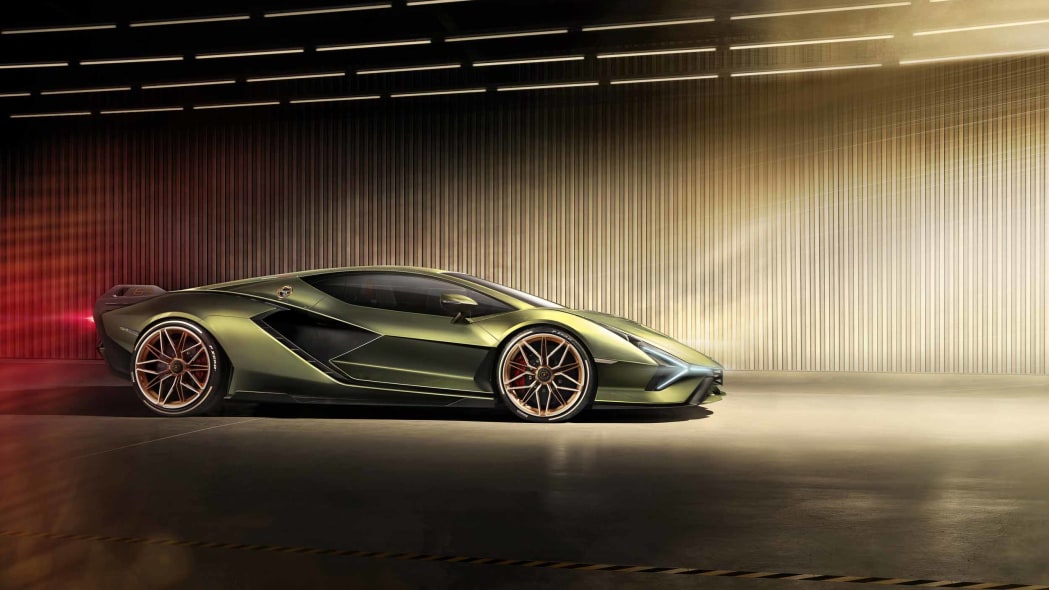 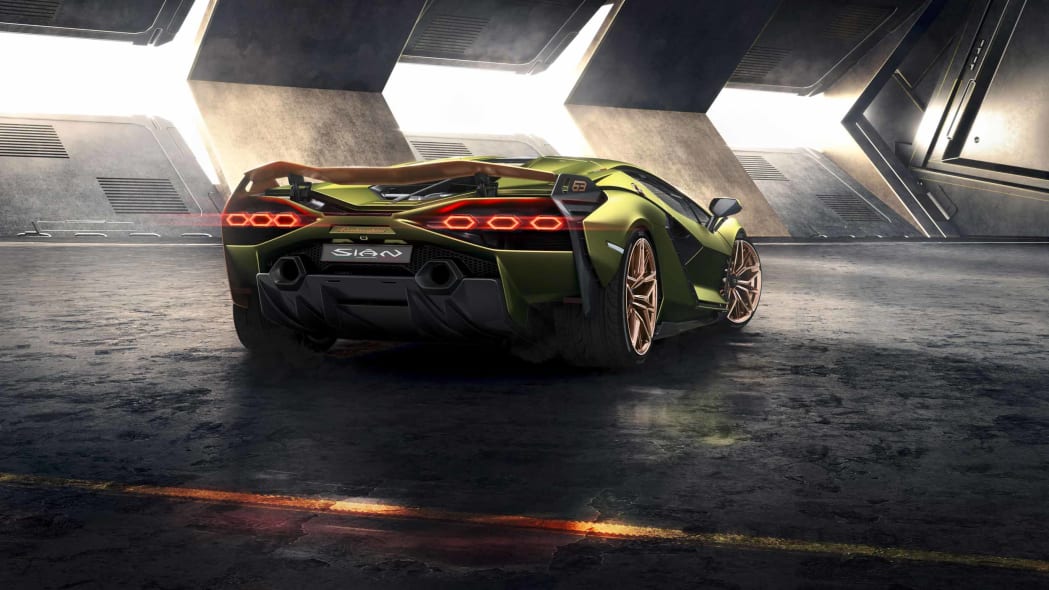 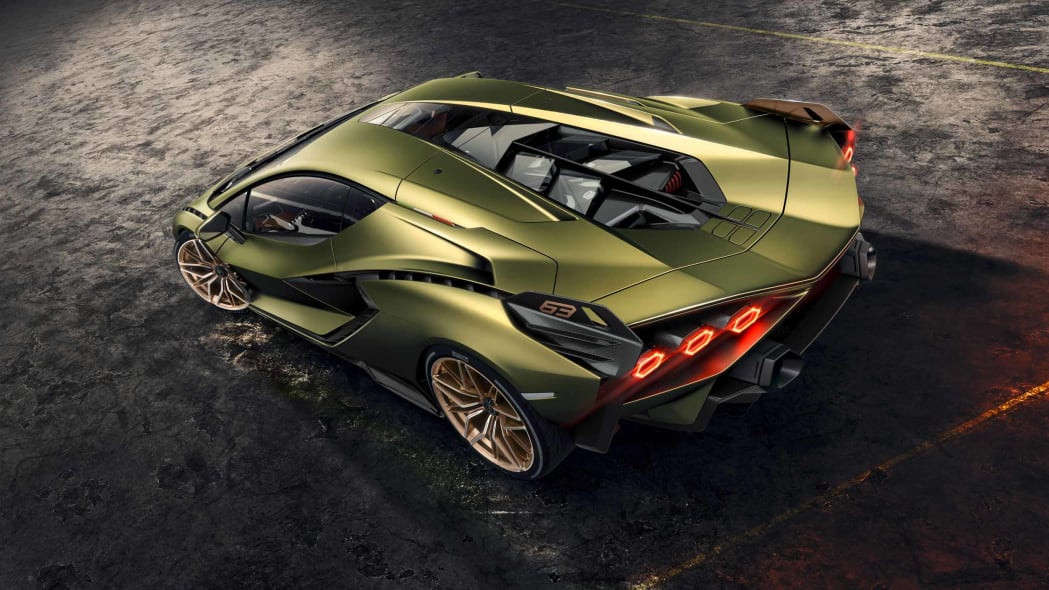 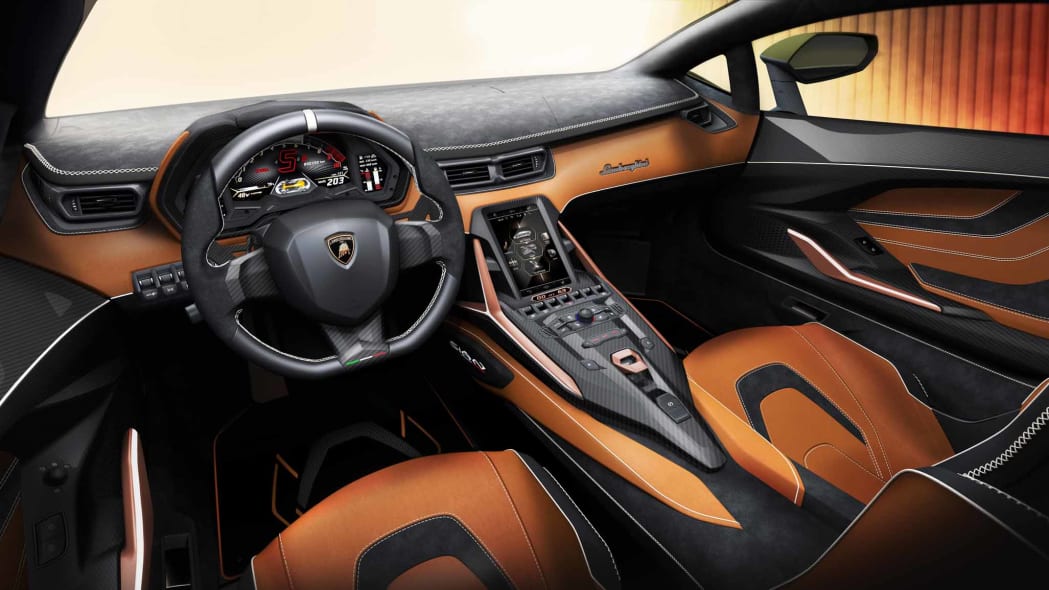