With more and more custom goodies destined for the Mk V Toyota Supra showing up, this also boosts the reputation of the Mk IV model.

And it's no surprise that multiple gear heads bet on the ex-gen Supra card before the said symbiotic relationship (this involves the builds complete long after the Mk IV went out of production in 2002).

Case in point with the Japanese machine sitting before us - as the keen-eyed among you might have noticed, this Toyota has been turned into a drift car, so we must keep this in mind when judging the appearance of the vehicle rather than evaluating the Supra by street car standards.

For instance, the extra-wide body kit of the machine looks like too much for a road car, but, as far as sliding events are concerned, the wider tracks are of key importance.

Then again, the front end of the beast seems to be the one that draws the most attention. Once again, the styling used for the front apron aero tweaks might seem exaggerated and of less-than-ideal quality, but we have to keep in mind that bumpers are just as easily disposable as tires during slip angle events.

Oh, and if those "headlights" seem familiar, it might be because we've discussed a somewhat similar feature on an E36 BMW drift car conversion. However, at least one of that 3 Series Coupe's headlights was functional, while this Supra's units simply seem to act as air intakes. Then again, that's something that could be easily changed via an LED setup.

As for what's under the hood of this sliding animal, we're talking about the good old 2JZ+generous turbo setup.

In case you're wondering about the element linking the pedals to the steering wheel of this Toyota Supra, you should know we're talking about the drift car of Noer Asmodien - the Cape Town-based drifter first showed the car in its current form back in 2016. 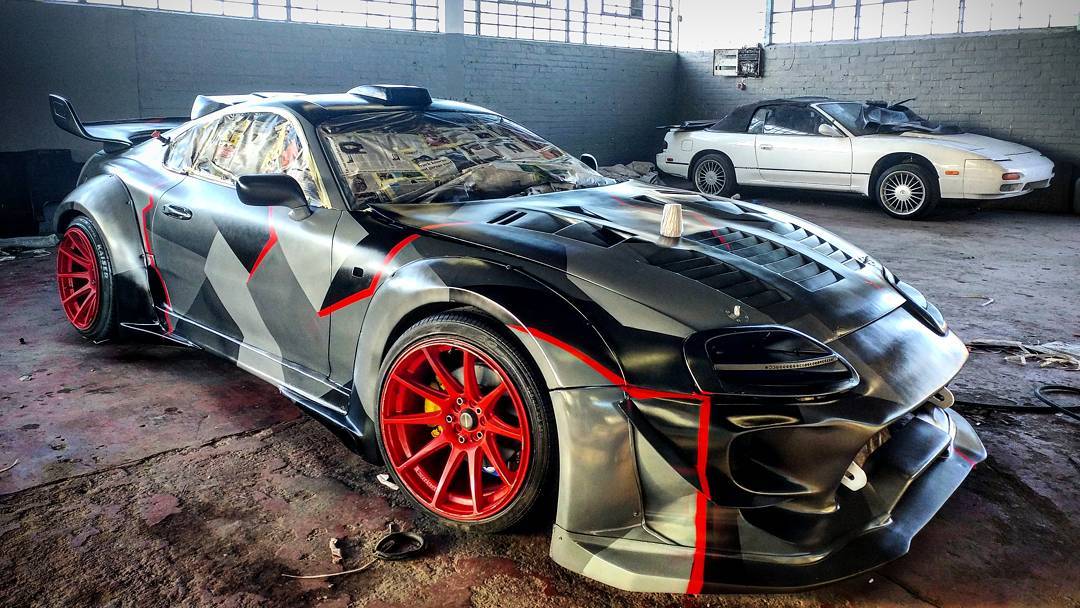 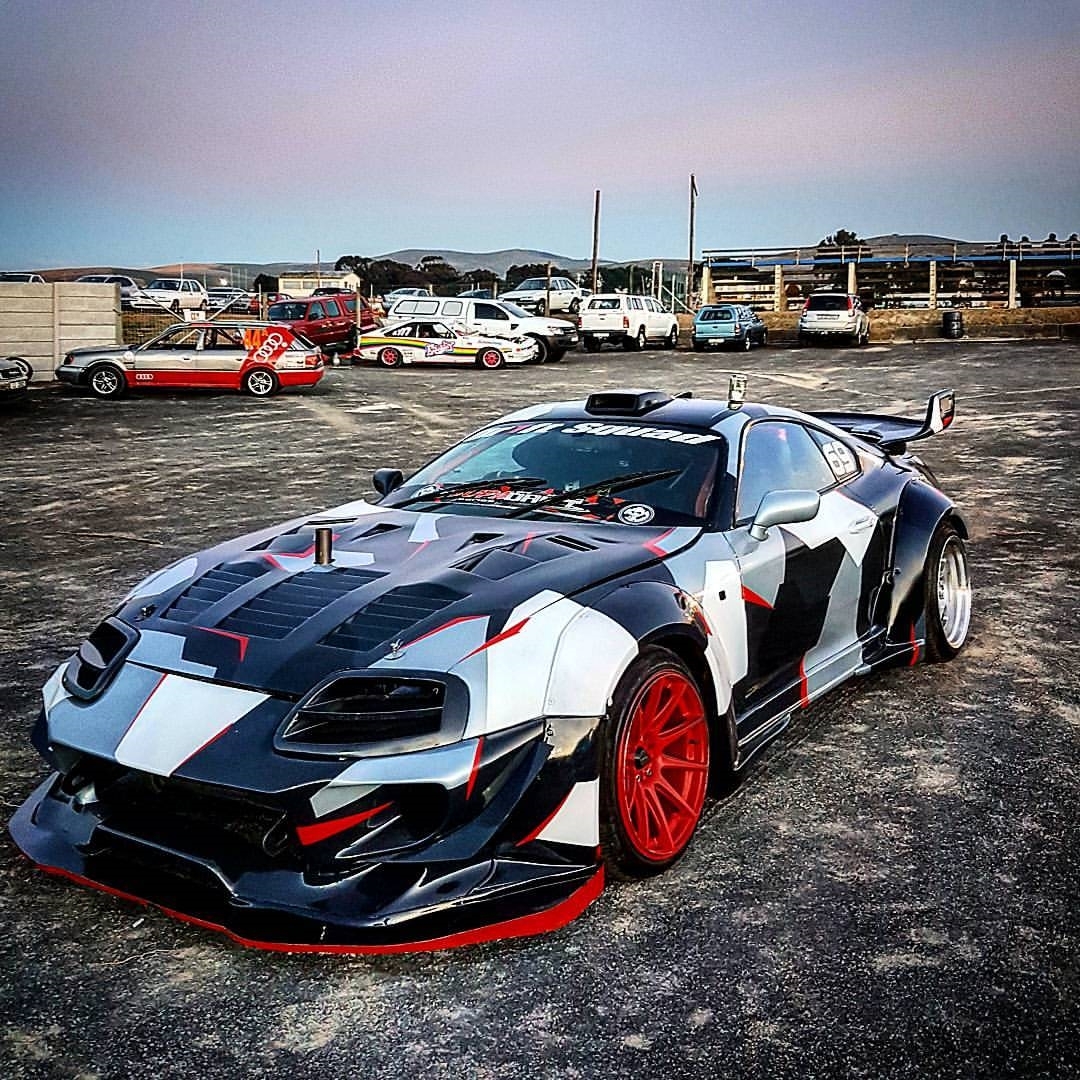 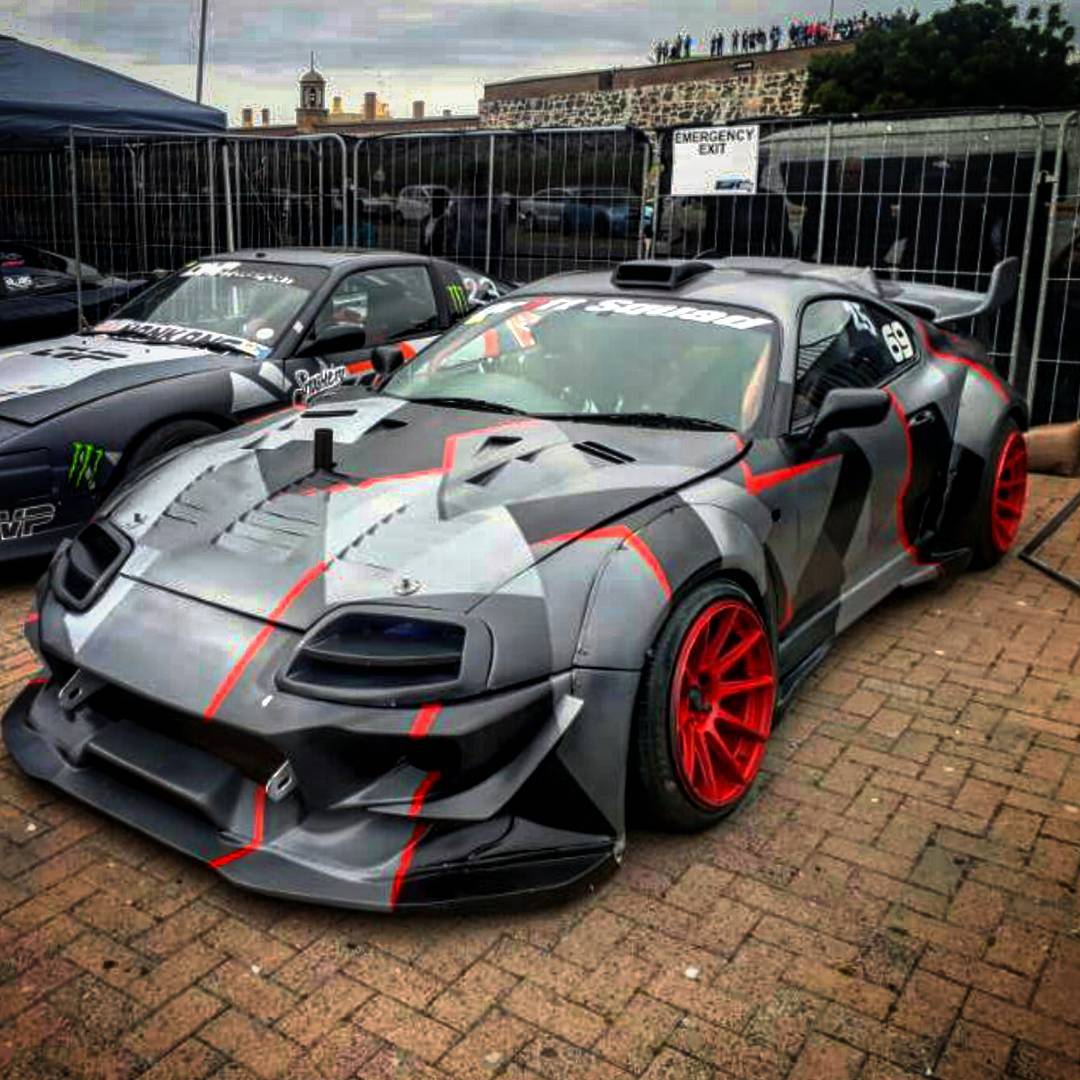