Debut confirmed for 2018 NAIAS in January.

Through its official Canadian site, Volkswagen has started the teaser campaign for the all-new next generation Jetta for the North American market. A single gif with the sedan is available so far, confirming the vehicle will be revealed during the 2018 North American International Auto Show in Detroit in January 2018.

Literally everything else remains a mystery, but we do know from previous reports the new Jetta will adopt a "super modern" design with a "strong" and "emotional" look. This is what VW North America CEO, Hinrich Woebcken, told VW Vortex last month, also revealing the model will receive a sporty-looking R-Line version. About 12 months after the market launch of the seventh generation Jetta, we will also see the new Jetta GLI, most likely available with a manual option, which is no longer offered for the 2018 Jetta GLI.

Previous spy photos revealed the new Jetta will be considerably bigger than the current model. It will ride on the MQB platform, shared with the Golf, and will be lighter than the outgoing vehicle, despite the increased footprint. No engine lineup details are available at the moment.

Given the scheduled debut for mid-January 2018, we expect to see the new Jetta on sale a couple of weeks later as a 2019 model year vehicle. The car will continue to be assembled at VW's Puebla, Mexico, factory, which will likely also send vehicles to the Brazilian market. The South American version is expected to gain a new eight-speed automatic transmission and a 1.5-liter TSI turbocharged gasoline engine.

Despite the decline is sales in the last couple of years, the Jetta remains Volkswagen's best-selling model in the United States with more than 121,000 deliveries last year. Since the beginning of 2017, the German manufacturer has shifted roughly 100,000 examples of the sedan. 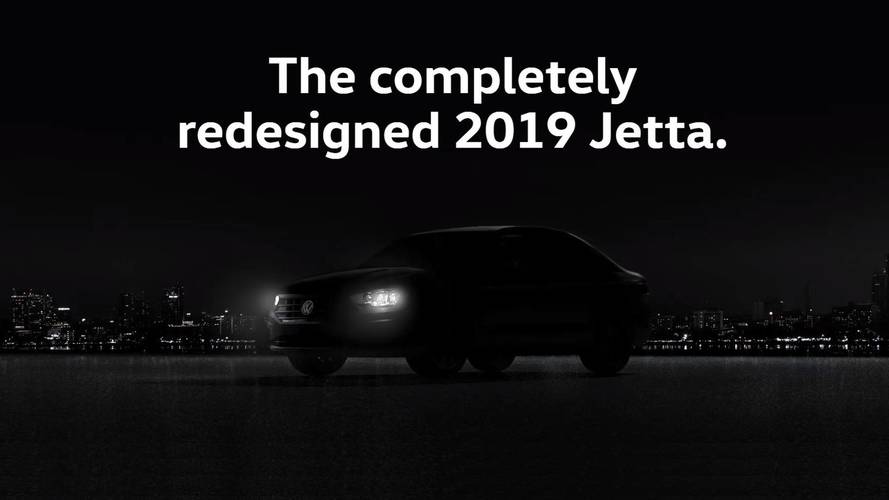