Folks, there's no other way to say this. Winter needs to end, like now. Even in places where the skies are warm and snow is merely a euphemism for an illegal narcotic, it seems the dreaded winter doldrums have infected the idle hands of gearheads. How else can we explain the smattering of crazy auto-related videos that have appeared in our YouTube feed as of late?

Clearly, TheHoonigans couldn't stand by while everyone else went batshit crazy, so the car commandos dropped $700 on a 1984 Pontiac Firebird and promptly installed a pair of jet engines to the carburetor. By jet engines we actually mean fans, apparently purchased at a local hardware store and connected to the engine with miles of aluminum ducting and gaffer tape. A power inverter sends electricity to the blades, and the driver can turn on the custom turbos (affectionately called turdos by the Hoonigan team) inside the car thanks to a cool toggle switch mounted on cardboard. No expense was spared on this project.

Rather than just spin donuts with the monstrosity while claiming untold horsepower gains, the Hoonigans actually did a bit of testing to prove a hardware-store turbo setup could actually work. Using a portable dyno, the crew measured a whopping 72 hp from the Firebird's tired V8 without the fans engaged. It then made a pass down an eighth-mile drag strip in 17.37 seconds, the engine popping and spitting all the way. Clearly, something was amiss in the V8 – it almost sounded like it had all kinds of crap bolted to the carburetor so it couldn't get any air. What could possibly be the problem?

Once the fans were engaged, however, the Firebird turned into a monster. By that, we mean it still made all kinds of horrible sounds and was laughly slow, but at some point between the segments, the car lost its brakes. That didn't stop the fearless crew from proving their homemade turbo kit was a success, or at least, showing that a couple of fans blocking air to the engine will block less air if turned on.

This is usually the point where we say something witty about what to expect next. At this point, we're just sitting back with some popcorn because the first day of spring is nearly two months away. 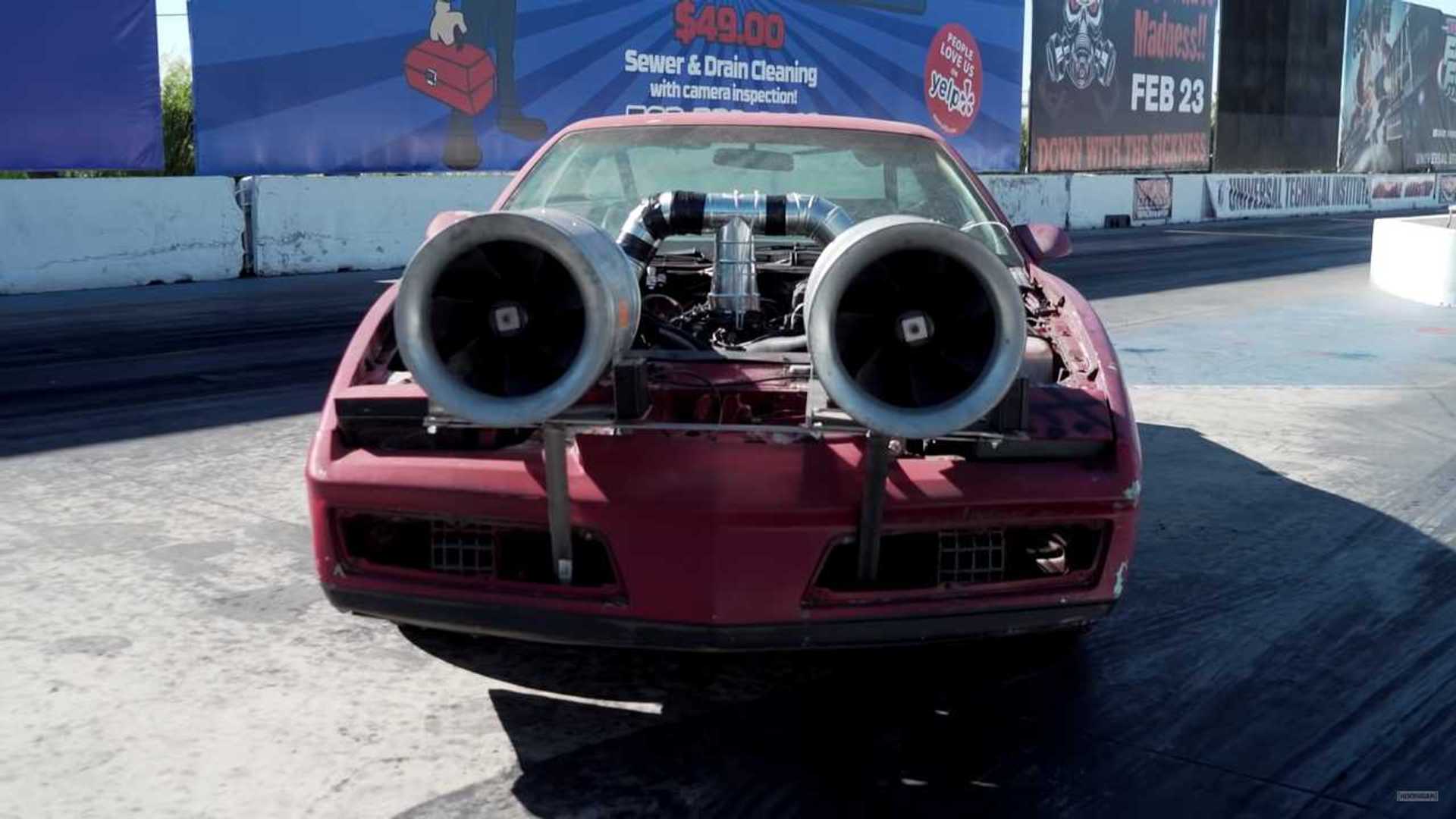 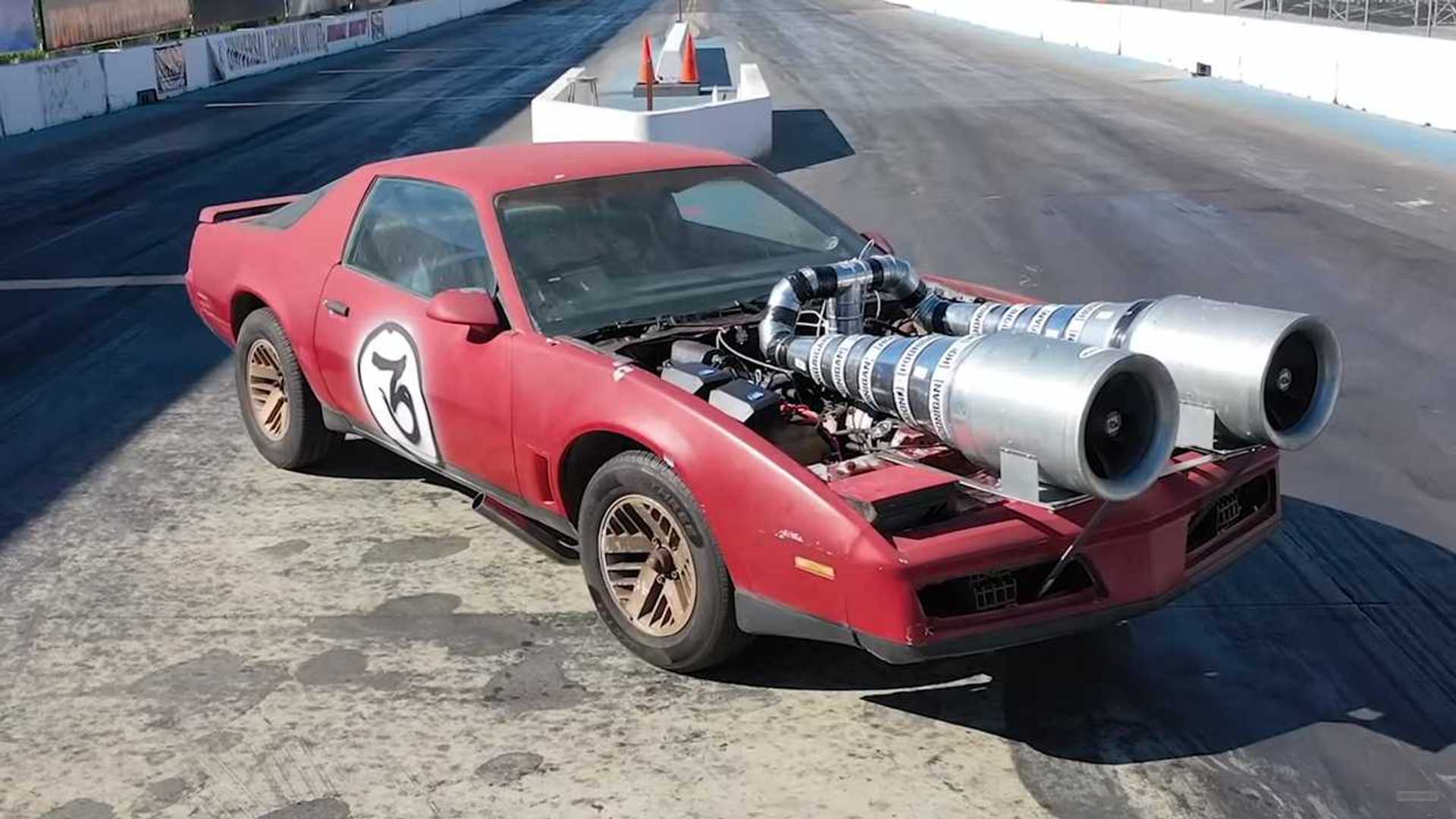