Few superyachts in the world are as famous, as photographed and – it turns out – as beautiful as Lady Moura. Delivered back in 1990, the world’s first megayacht has been listed for sale for the first time and, in the process, its well-guarded secrets have been revealed.

Since its delivery in 1990 (which is an entire lifetime ago) to Saudi Arabian businessman Nasser Al-Rashid, Lady Moura has been shrouded in secrecy. It was a most baffling paradox: the world's most famous and most photographed boat and not much was known about it, except for basic specs.

As of late last year, all secrets have been revealed: the owner is selling it and, with the announcement came the long and highly-anticipated list of technical details and countless photos showing off the ship's decadent yet practical interiors. For a megayacht that's 30 years old, Lady Moura remains one of the most beautiful ever created, still a leading figure for similarly-sized vessels, and a revolutionary undertaking. With a price to match.

Described mostly in absolute terms (a true statement of success, world's first megayacht, the most beautiful yacht ever built), Lady Moura comes with a legacy that adds layers to its appeal – and, most likely, price tag. However high it's being spoken of, it turns out that these are not just empty words: you would never be able to tell by looking at it, but this megayacht remains in pristine condition after 30 years.

It's an impeccably preserved, most elegant and beautiful time capsule – and can be yours for something along the lines of $250 million.

"People describe her as the mother of all megayachts," Mattias Bosse, the ship's captain of 13 years, tells brokerage firm Camper & Nicholsons. "When she launched she was a Top 10 superyacht. More importantly there was no such thing as mega yacht building three decades ago, as only vintage sailing yachts reached such a size. Lady Moura is the model that our industry is based upon today."

Built by Blohm & Voss, with interior and exterior designs by Luigi Sturchio, Lady Moura is 105 meters (344 feet) long and has an incredible GT of 6,359, used to deliver many world firsts. It comes with the first beach club ever put on a superyacht (beach clubs may be commonplace now, but were revolutionary back in the day), hydraulic lifts, flaps, cranes and doors that maximize space even more, an indoor pool with sauna and a retractable roof, two galleys, two laundries, two ICU units and one medic on permanent duty.

These may seem like "regular" amenities for superyacht owners, but in 1990, they were unheard of for anyone who didn't belong to a (very loaded) royal family. Lady Moura offers accommodation across seven decks for up to 26 guests and 72 crews, and is the first ship of the kind to come with its own owner's deck. It also has a helipad, a private cinema, a private club with DJ booth and lights, fully-equipped gym and a bakery.

The interiors are flush with comfy, Art Deco furniture, velvet sofas and soft lounges, and there's also plenty of marble and gold. The nameplate alone is believed to have been made of solid gold, and that's your first cue right there that, while designed as a family ship and not a cruiser, it was never meant to be anything else but decadent.

Lady Moura also delivers modern-day levels of performance: with a range of 8,000 nautical miles at a cruising speed of 17 knots, it can reach top speeds of 22 knots. It was never used at full potential. Storage space allows non-stop cruising for three months or the equivalent of 12,000 nautical miles without stopping to refuel, Bosse underlines – a feat not many of today's superyachts can boast of. Operating costs are also smaller than with similarly-sized modern yachts.

In the 30 years since delivery, Lady Moura has received a single refit in 2017 at Blohm & Voss, and one upgrade in 2019-2020, including a rebuild of the generators and engines, new teak decks and refurbished crew spaces. Everything else has been maintained in excellent condition because, despite having as guests some of the most famous people on earth, it remains hardly used.

Hopefully, the very rich future owner will use it to write a new chapter in yachting history.

"Aside from the Arctic zones (which would require a higher grade of steel hull) she could cruise anywhere," Bosse explains. "If a new owner wanted to round the Norwegian fjords up to Spitsbergen, or commit to a global circumnavigation, this is the boat to do it in." 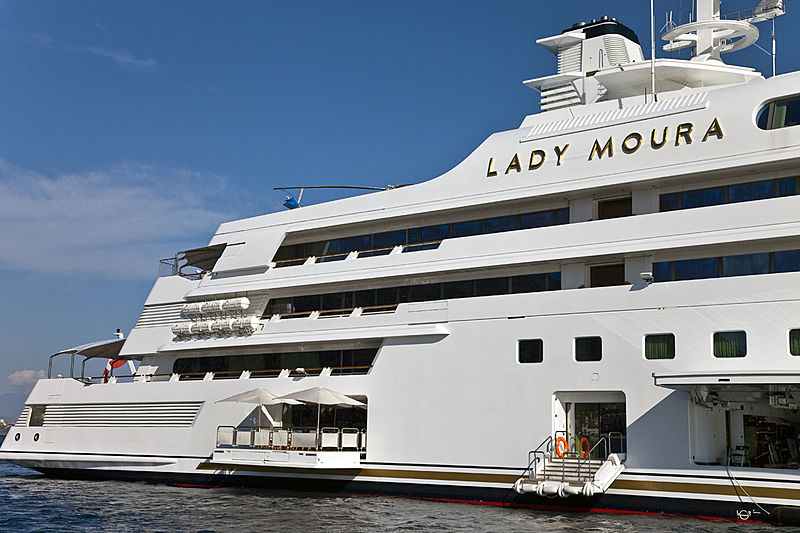 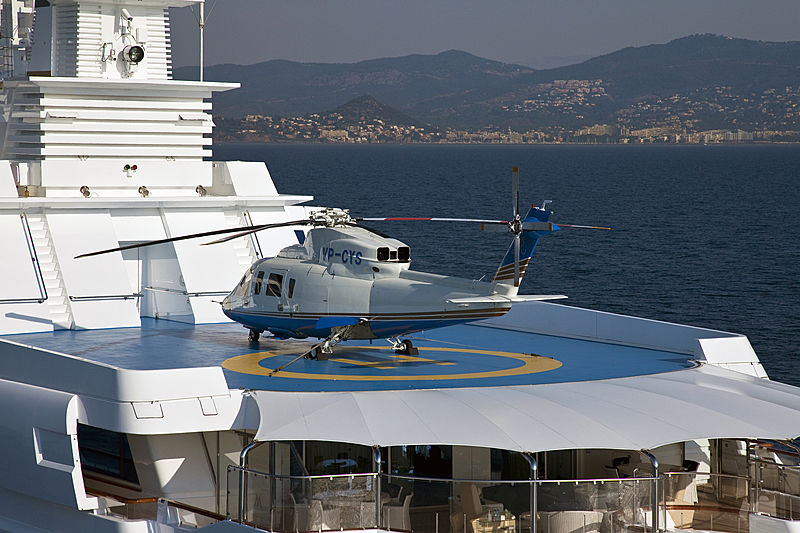 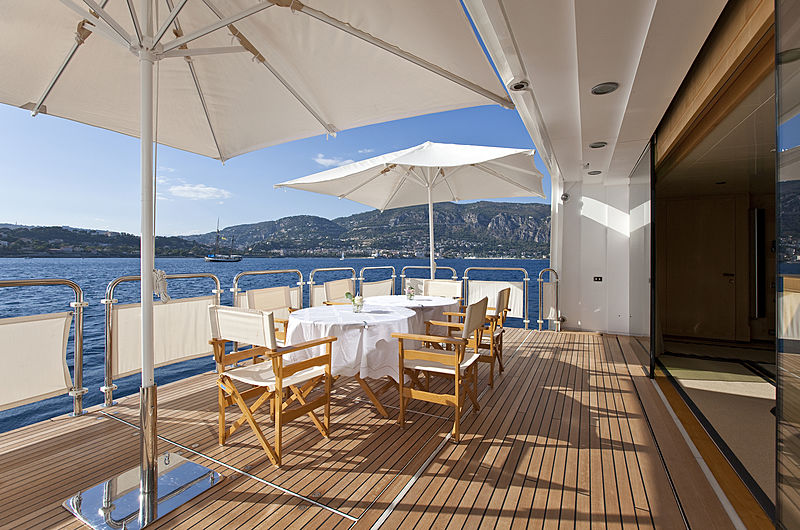 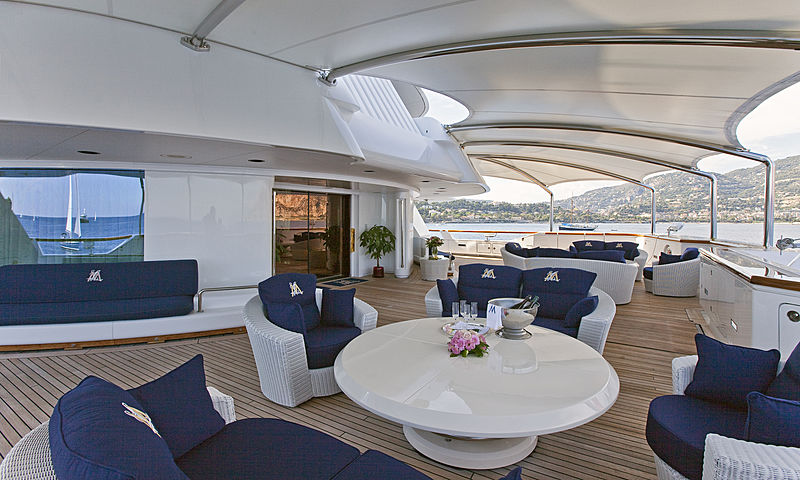 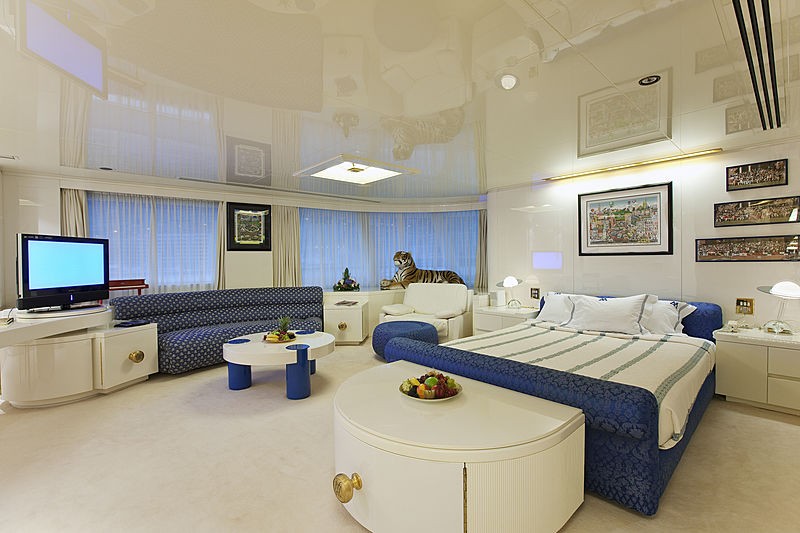 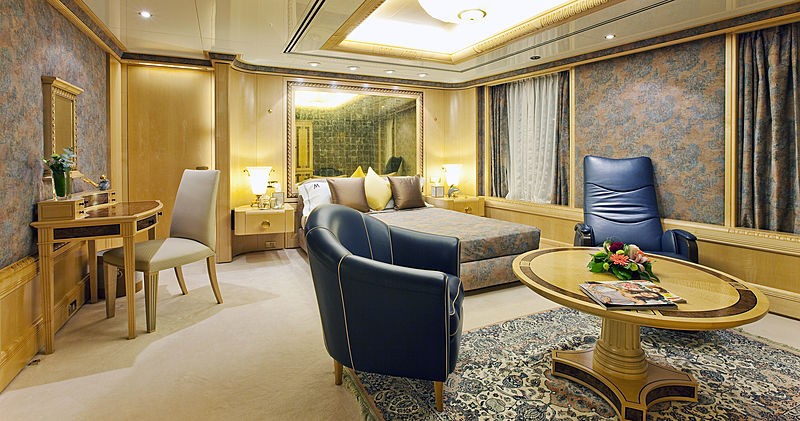 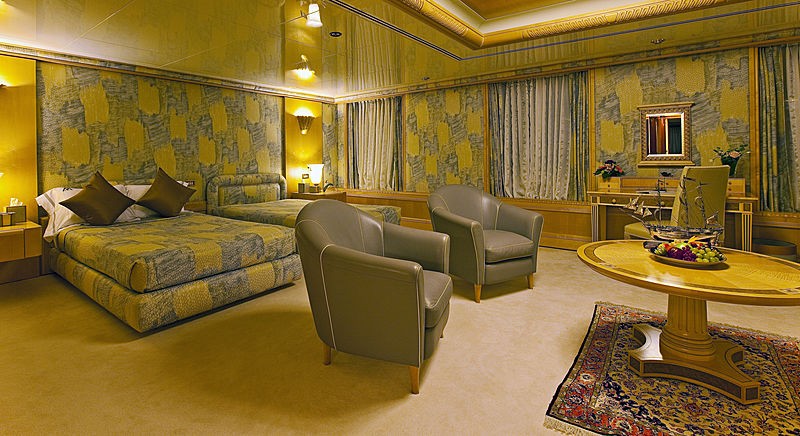 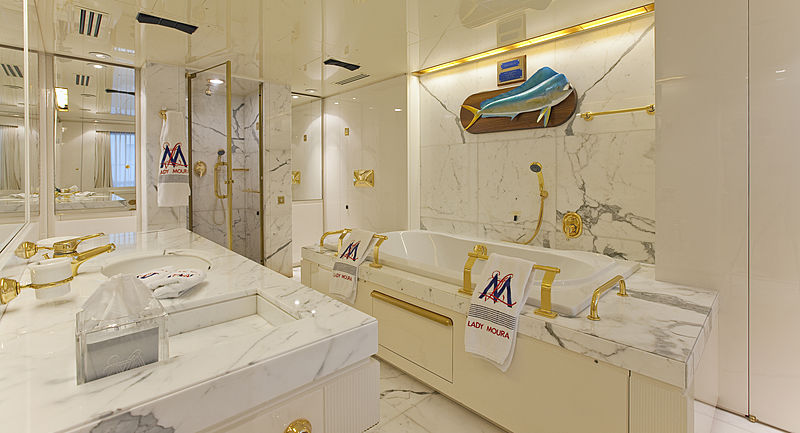 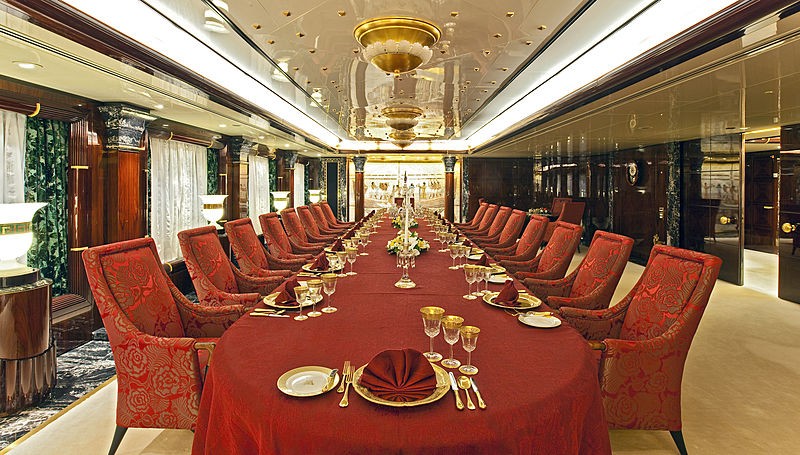 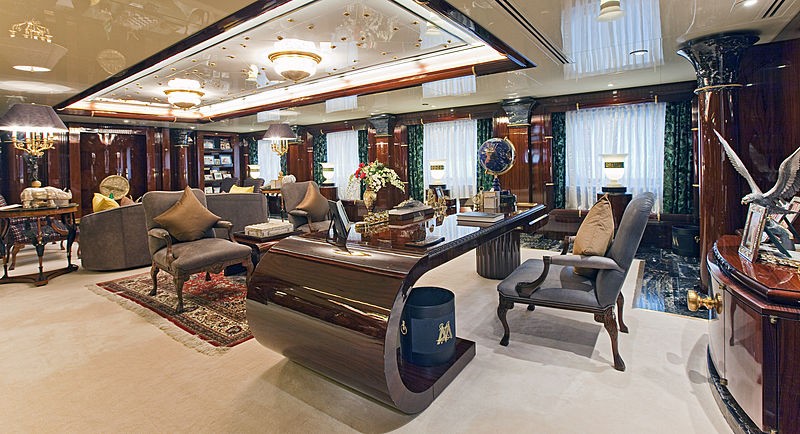 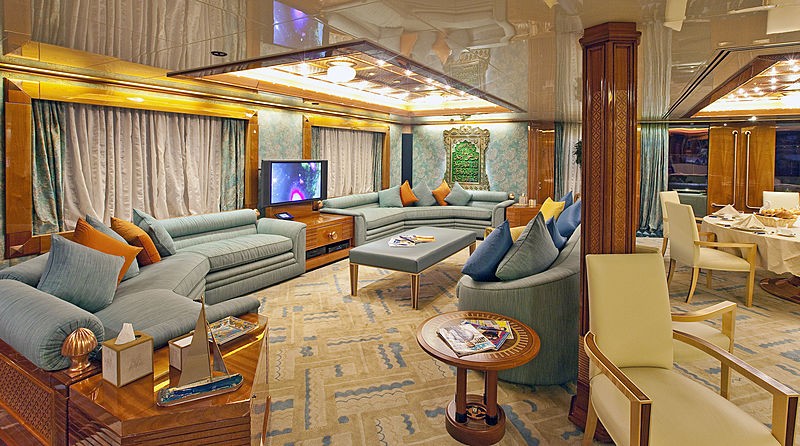 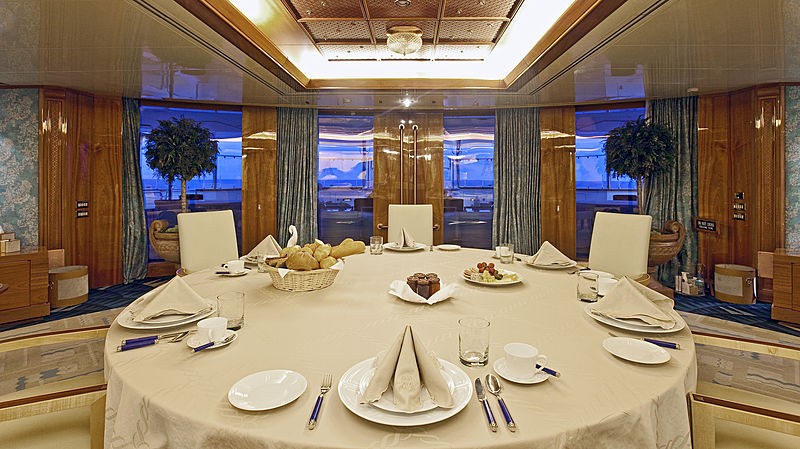 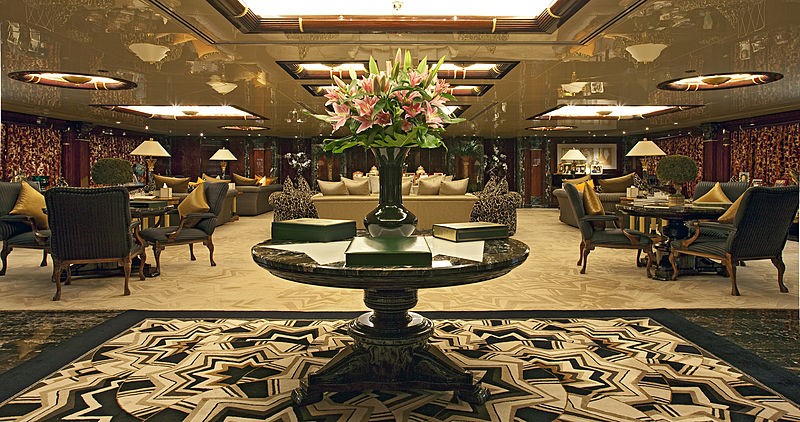 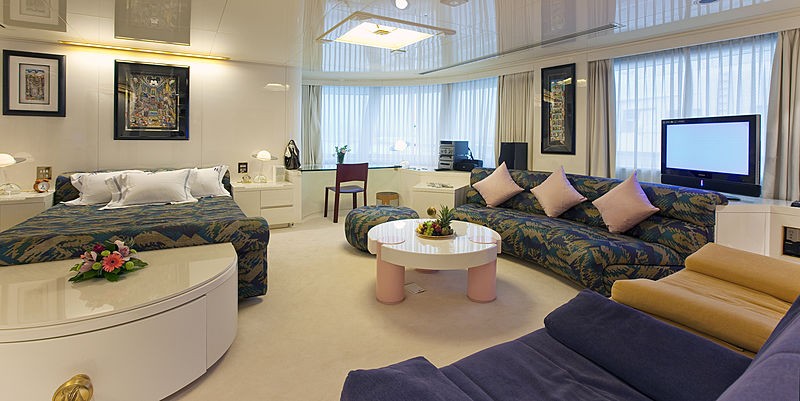 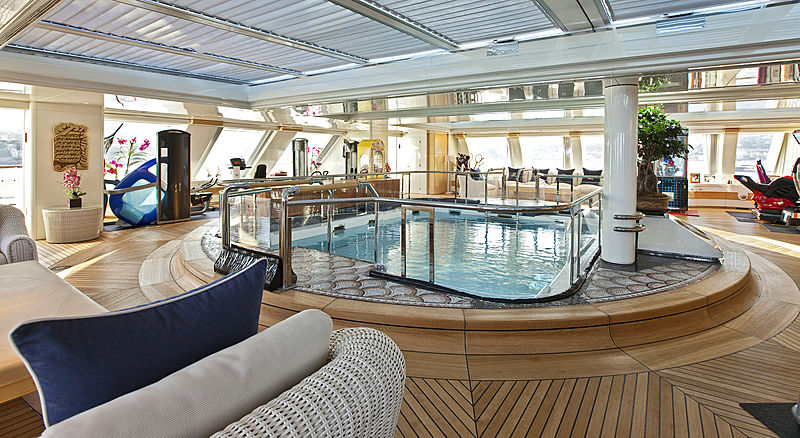