How about an extra 110 ponies?

Scroll through the stories we've written about Manhart over the last few years, and you'll notice the company's focus on tuning BMW models. Over the same time, BMW and Toyota partnered to produce two new vehicles from the same base – the Z4 and Supra – sharing numerous drivetrain components and other parts. Manhart released its upgrade for the Z4 last year, upping its output to 440 horsepower (328 kilowatts). Today, the aftermarket tuning company announced an upgrade package for the Supra, and it'll make 450 hp (336 kW).

Called the Supra GR 450, the torque also sees a substantial increase, too, now rated at 479 pound-feet (650 Newton-meters) of torque. The stock Supra produces 340 hp (254 kW) and 369 (500 Nm) of torque. Manhart uses the same turbocharged 3.0-liter inline-six engine, though it features an MHTronix MHtronik Powerbox – an ECU remap – and a "stainless steel rear silencer with valve control." Tailpipe trim choices are either black or carbon fiber.

Manhart also upgrades the supra with lowering springs by H&R, though there is a KW Variant 3-coilover suspension with in-house tuning that's also available. Other visual upgrades include red accent lines and stripes. Nine-by-twenty-inch wheels sit at the front while larger, 10.5-by-20-inch wheels are at the rear. The rims come in diamond polish, but they're also available in gloss black or matte black. The company also has a solution for those looking to remove the catalytic converter, while also offering owners the ability to deactivate automatic stop/start and the fake exhaust note that's piped into the interior.

The Manhart upgrades give the already swoopy and sporty Supra even more on-road elegance, especially with the additional red accents. Prices for the various upgrades and packages are available from Manhart if the stock Toyota Supra isn't offering enough performance. Now that the new Supra is here, tuners and aftermarket companies are offering a host of various upgrades that provide more power, styling, and performance than Toyota offers out of the box. 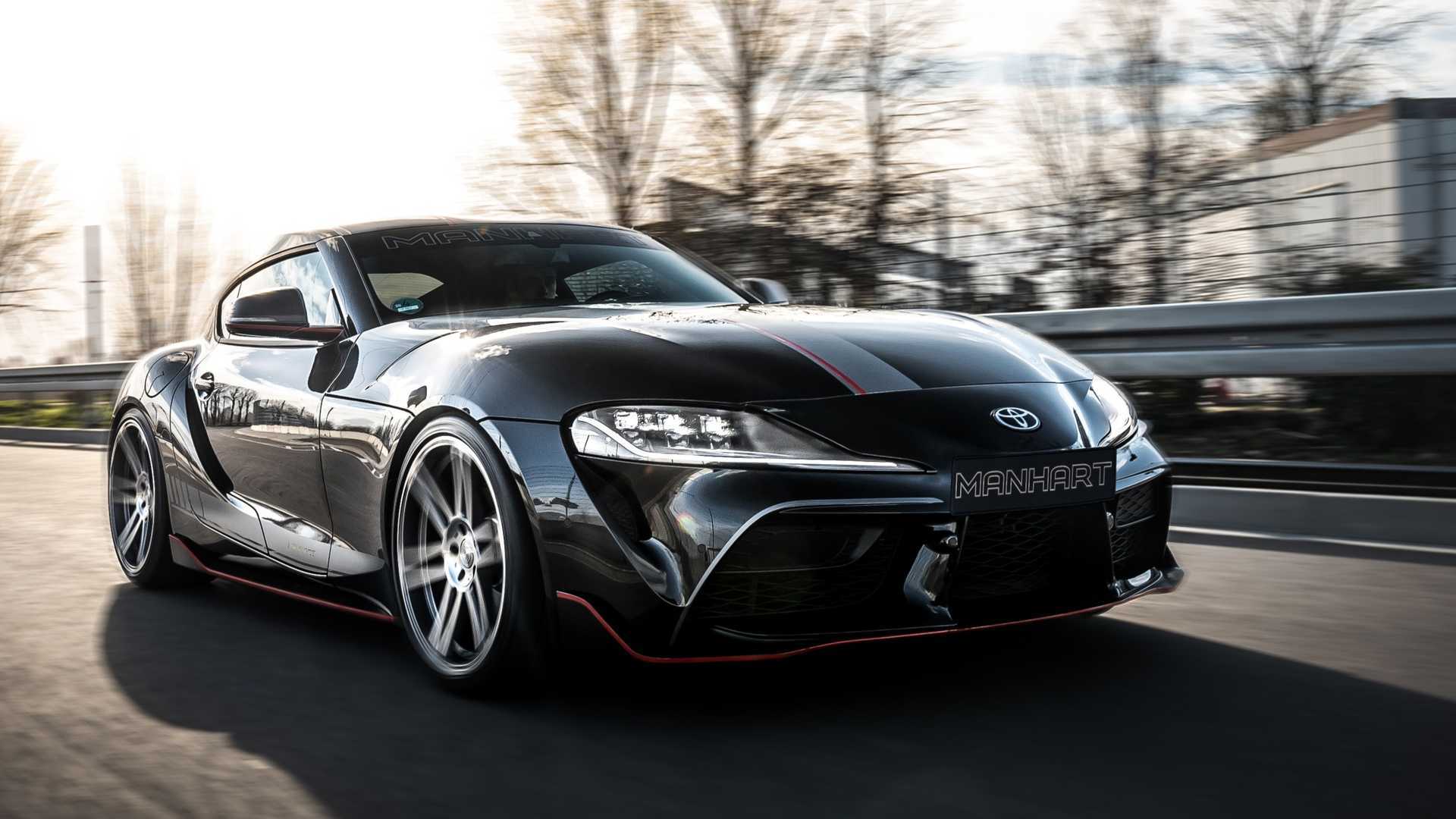 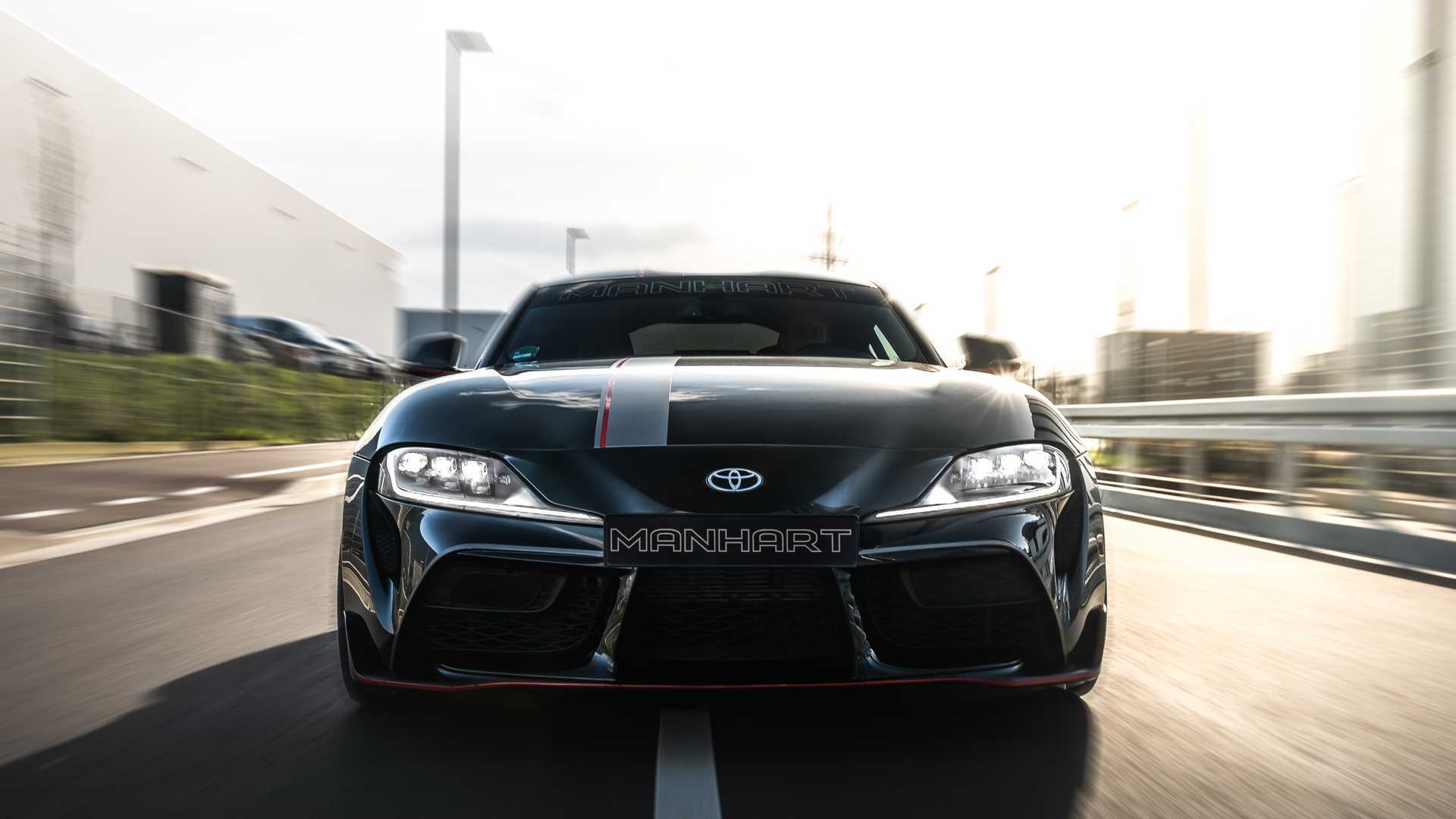 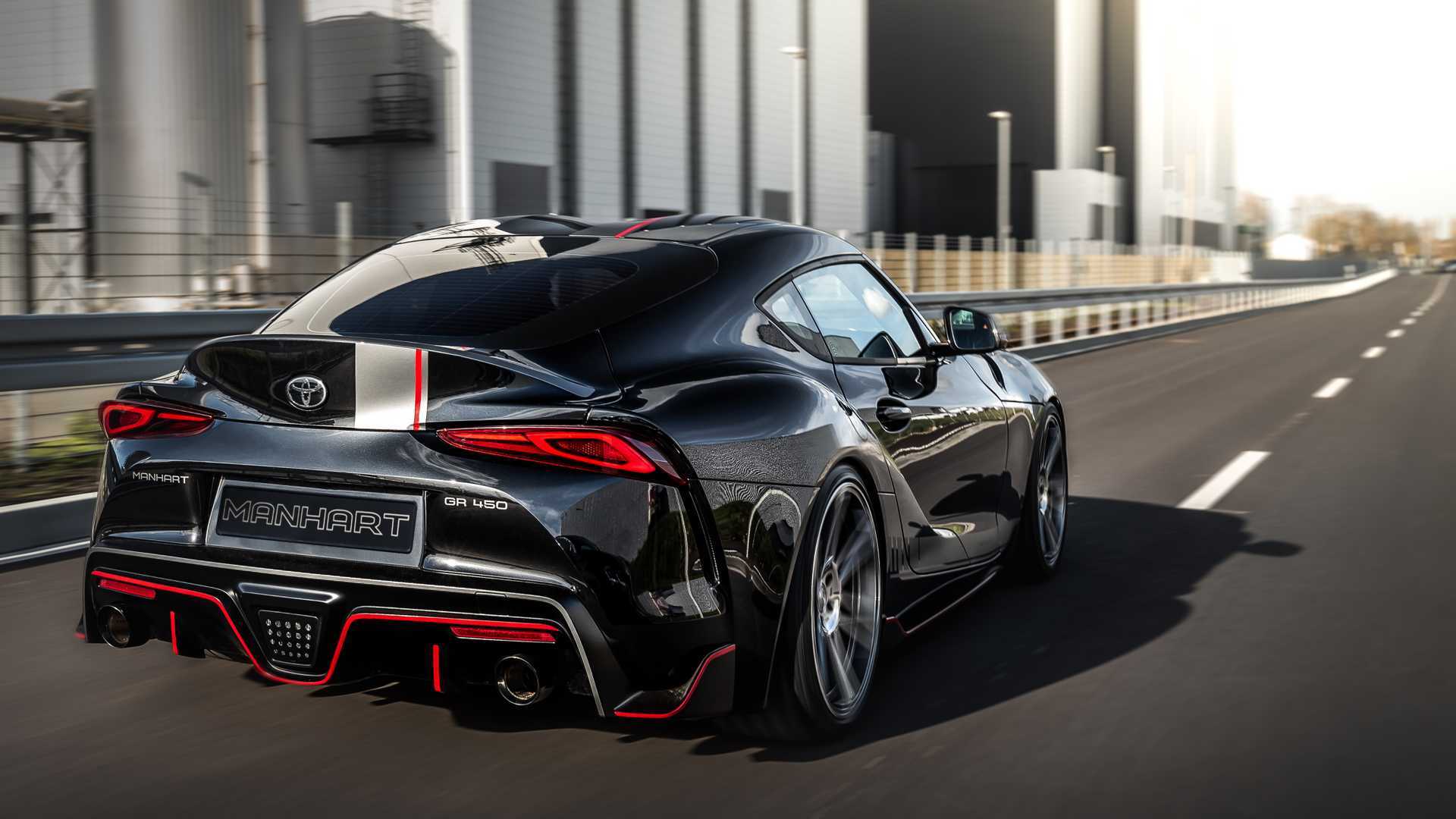 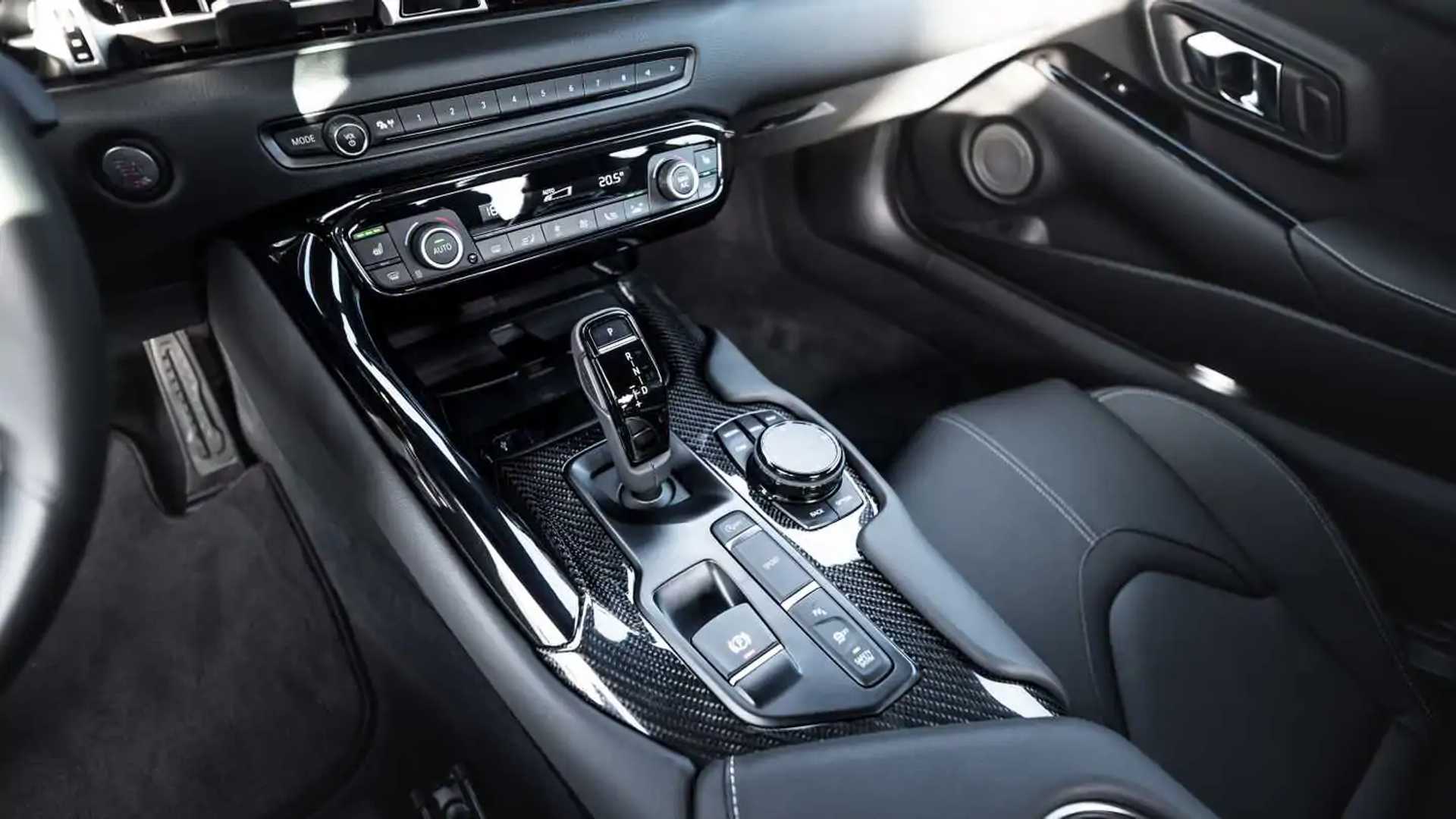