Crazy Hummer H2 Has 86 Speakers, Can Be Heard Almost 5 km Away

The wonderful thing about the automotive community is that it encompasses a truly spectacular vista of tastes and interests. The majority of our coverage pertains to the goings-on among automakers and the wonderful world of horsepower, but every now and then something insane like this crazy speaker-infested Hummer H2 comes along, and we can't not give it a once-over.

Barcroft Cars on YouTube brings us this H2 in an episode of Ridiculous Rides, and yes, it boasts no less than 86 speakers. It was built by Rafael Capone, who dubbed the creation Soul Asylum after his Atlanta-based recording studio of the same name. That's right, Capone has a thing for music (if you couldn't guess) and the red H2 is something of a rolling studio to promote the business. We'll say this much – if you want to get attention for a recording studio this could be the way to do it.

Watching the video, it's clear that this build isn't just a bunch of speakers with some amps for power. In fact, the Hummer is packed with 11 amps and uses a studio-grade mixer to blend everything together. Three miles (4.8 km) of copper wire connects everything, and to generate the necessary power the SUV runs three alternators and seven (yes seven) batteries. And you thought the Hummer H2 was heavy to begin with.

Aside from the sound system, the H2 is also packed with colorful LED lights because it's a rolling party, and you can't party without LEDs, right? For the record, yes the steering wheel lights up, along with pretty much every other corner of the SUV. Also on the inside are various screens, and an iPad sits in the dash which comes out to reveal the radio behind it.

As far as custom stereo builds go, this has to be one the most insane we've ever seen. Not everyone is into such things, but there's no denying the amount of work involved to bring this rolling sound system to life. 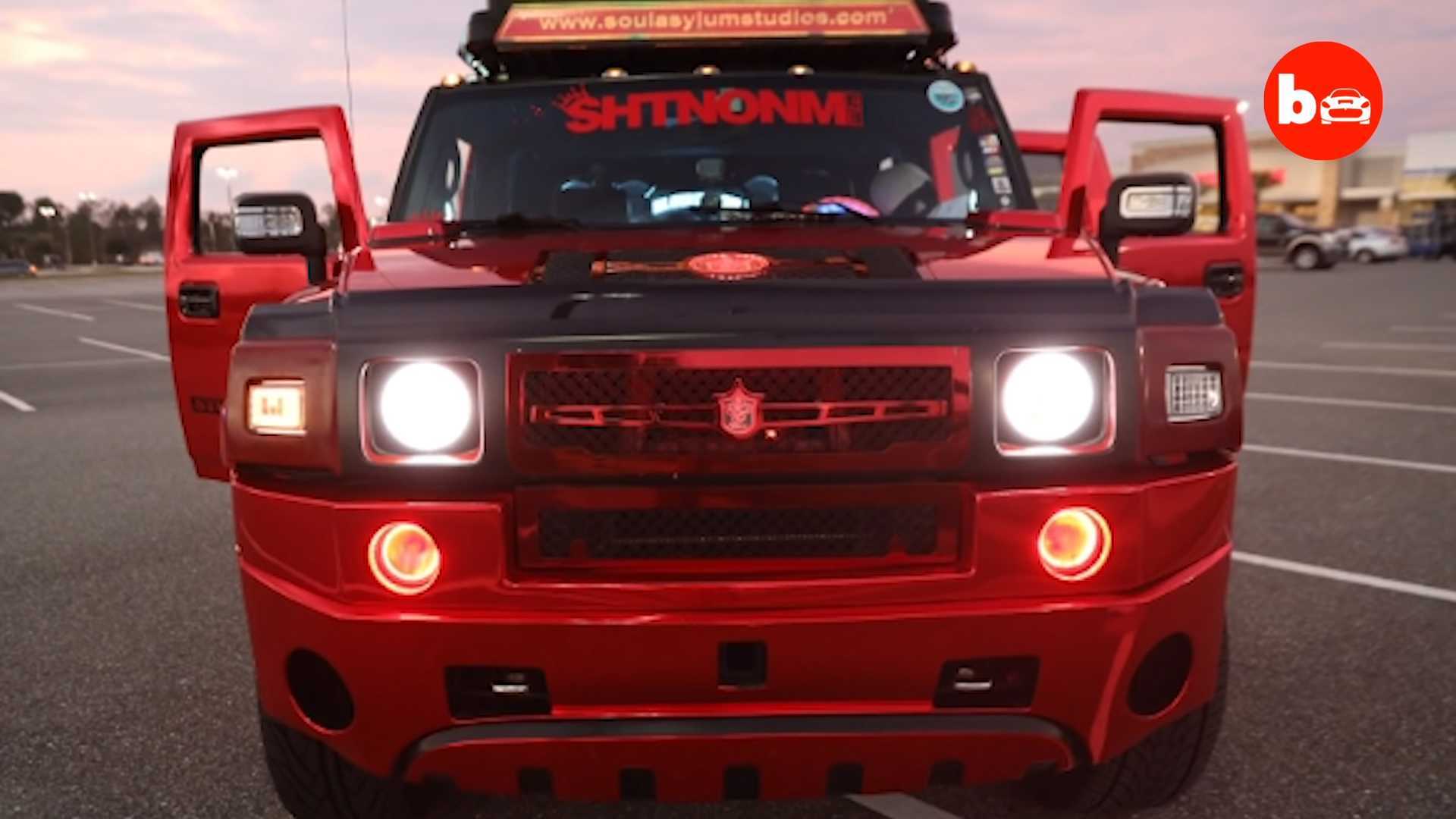 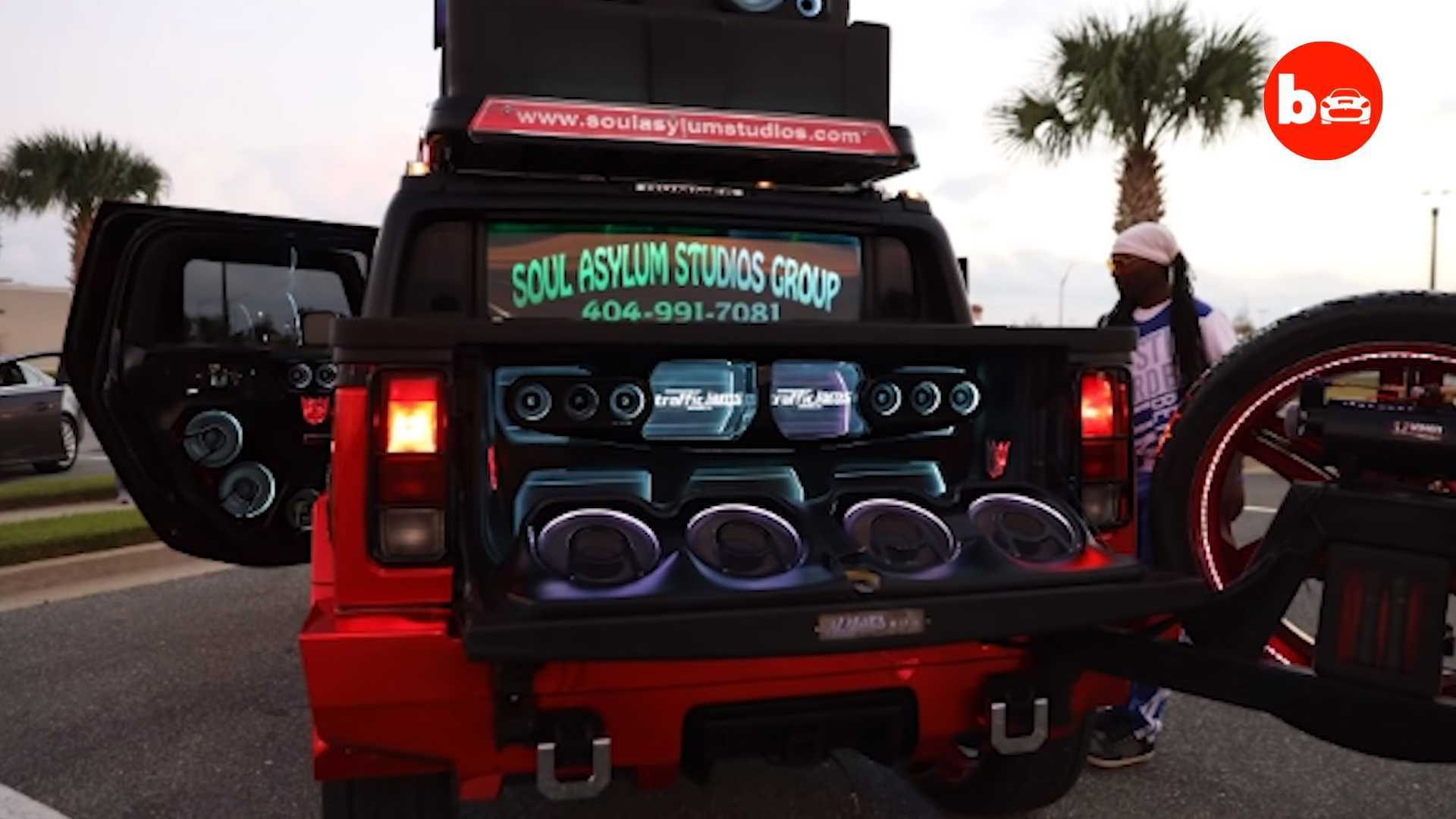 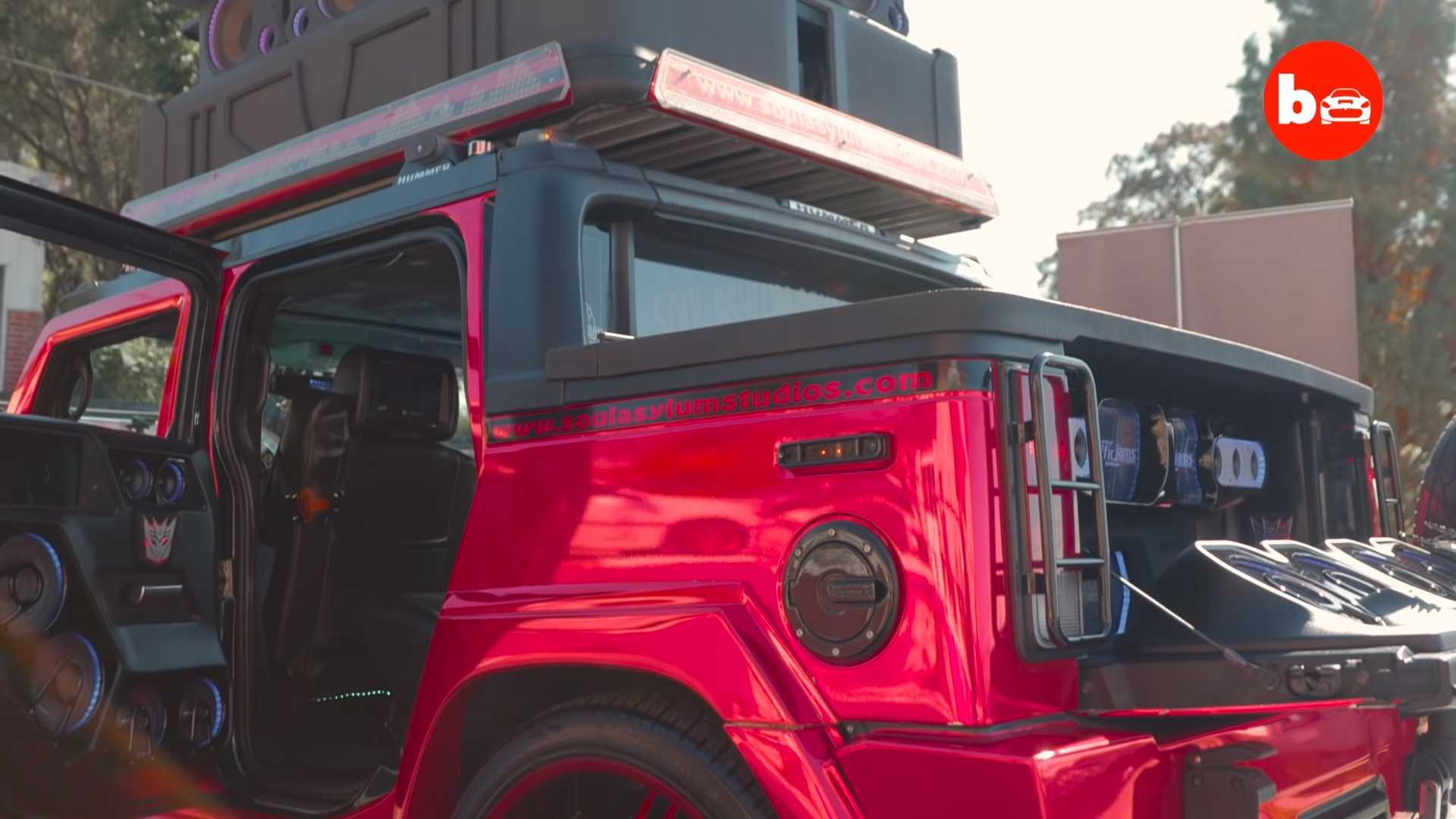 Related News
Hummer H2 On 13-Inch Wheels Is The Opposite Of Pimp My Ride15 April 2020
Watch Hummer H2 Do 0-100 Km/H Test While Towing Boat25 May 2020
Anything Can Be A Track Car, Including This Slammed Hummer H128 October 2019
Hummer H2 : Une Version Limousine S’essaie Au Franchissement19 October 2021
Indian Customizer Turns The Mahindra Thar Into A Hummer22 May 2017