Hello and welcome to what's probably the strangest-looking Nissan 350Z in the world.

It's called the z33.5 looks like the alien from the classic 1982 American science fiction film E.T.

We'be been following this bad boy for quite some time and decided to share the product with the Z fans among our readers. The front is the real attention-grabber here, looking more like an organic creature or a monster from an old fairground.

The design probably revolves around the "Angry eye" headlights, which are round. After that, everything is rounded off and a bit wobbly. This reminds me of the "Fat Car" art by an Austrian named Erwin Wurm. Google that if you want to have nightmares!

I think the lower part of the bumper is actually a replica of the 370Z Nismo made for drift cars. Most of the front is now one big piece, so working on something simple like the brake pads probably requires dismantling the bumper. Custom hood? That too, This bad boy is clearly rocking more power, but we don't know how much.

At the back, the 350Z sports a custom vintage-looking deck and a ducktail spoiler integrated into the body. Half the lower bumper is missing, and with the negative camper on those massive rear wheels, the hellaflush connection is pretty clear.

Most of this stuff looks custom-made by its owner, Chris Brittingham, who probably now knows more about making a car look like an alien than anybody else in America. He's even made those wheels, so even though the styling might not be to everyone's liking, the man deserves mad props.

What's it even for? Probably gathering crowds at car shows. 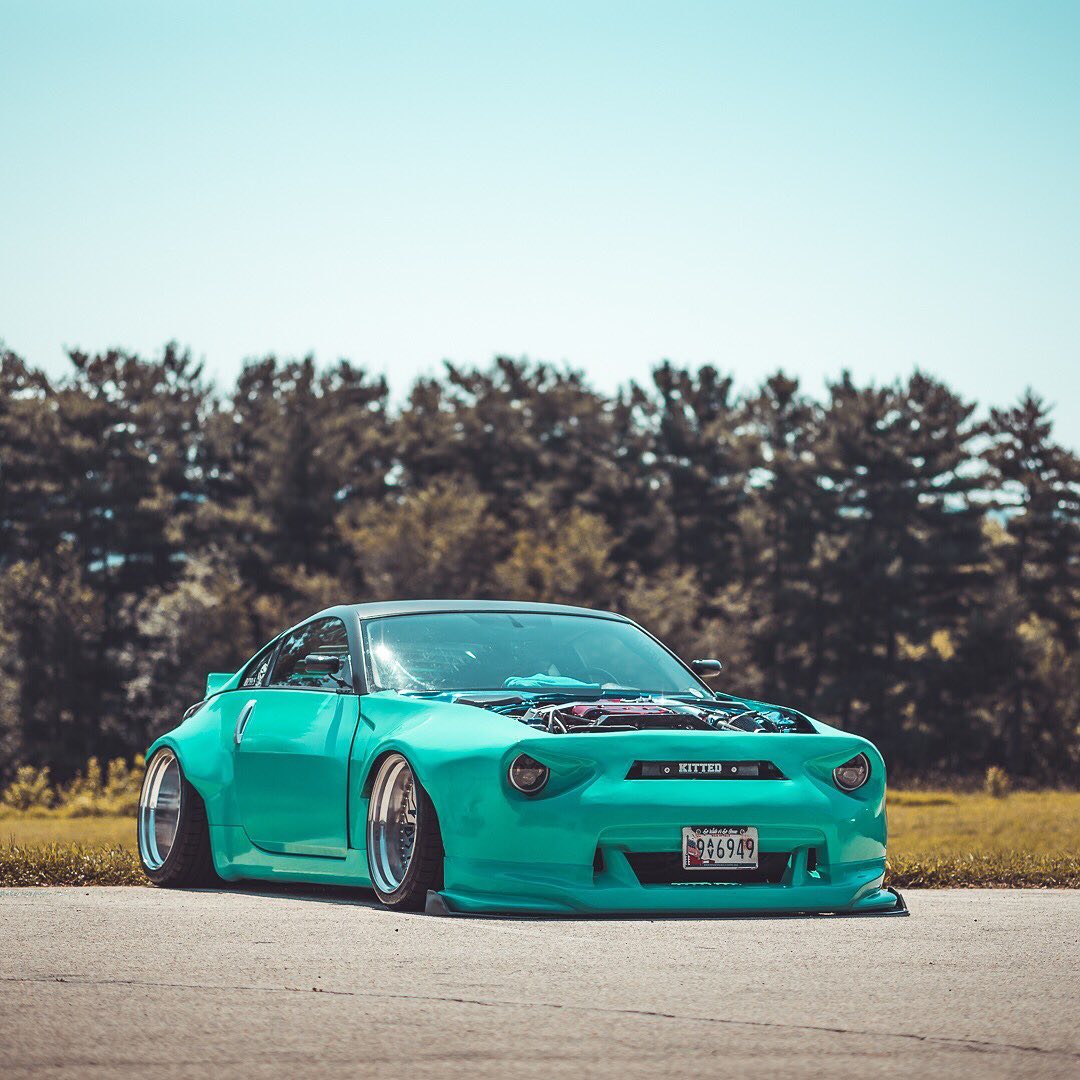 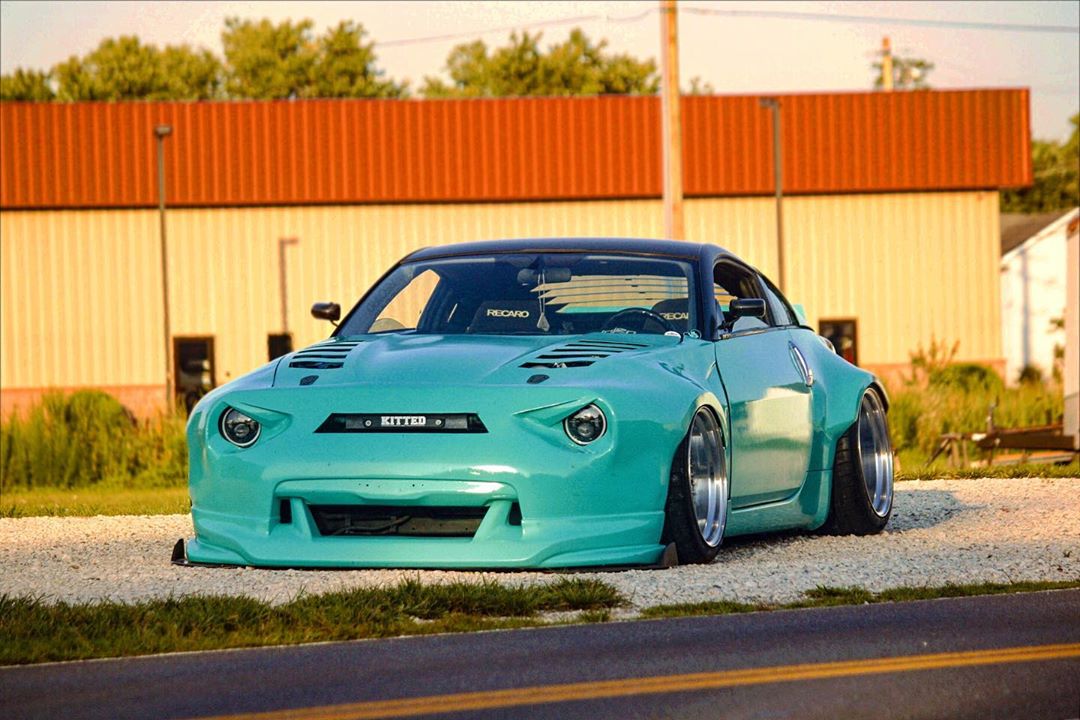 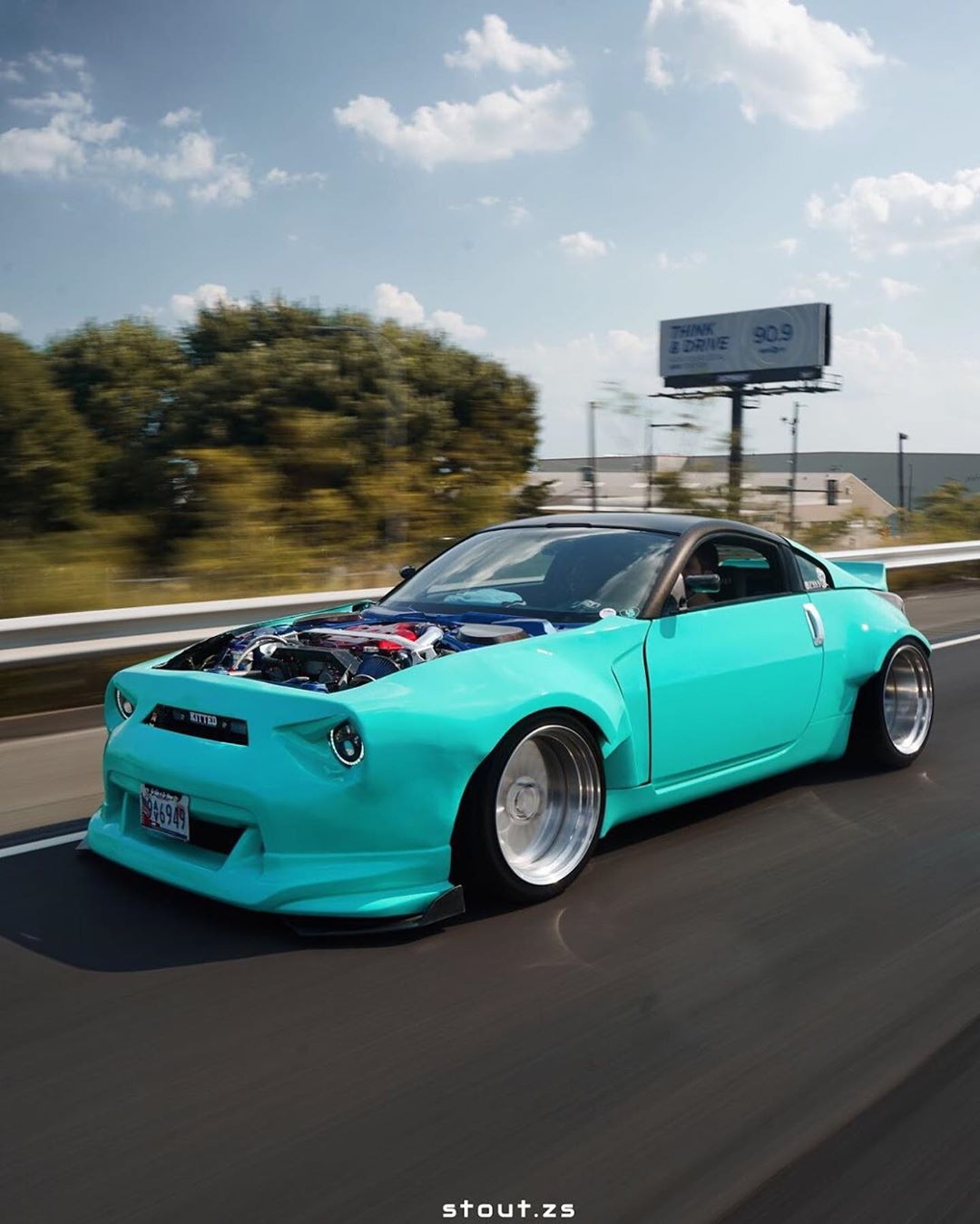 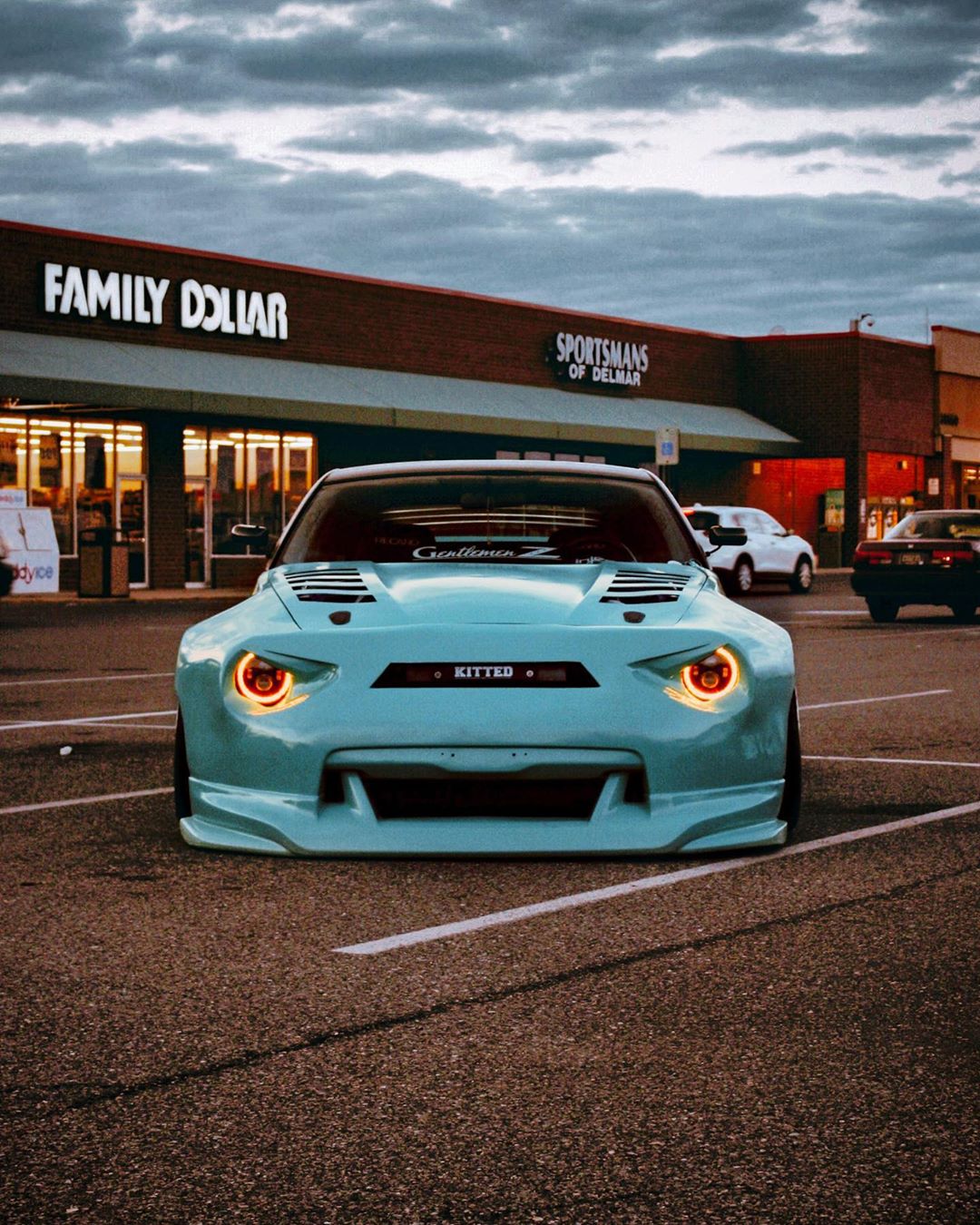 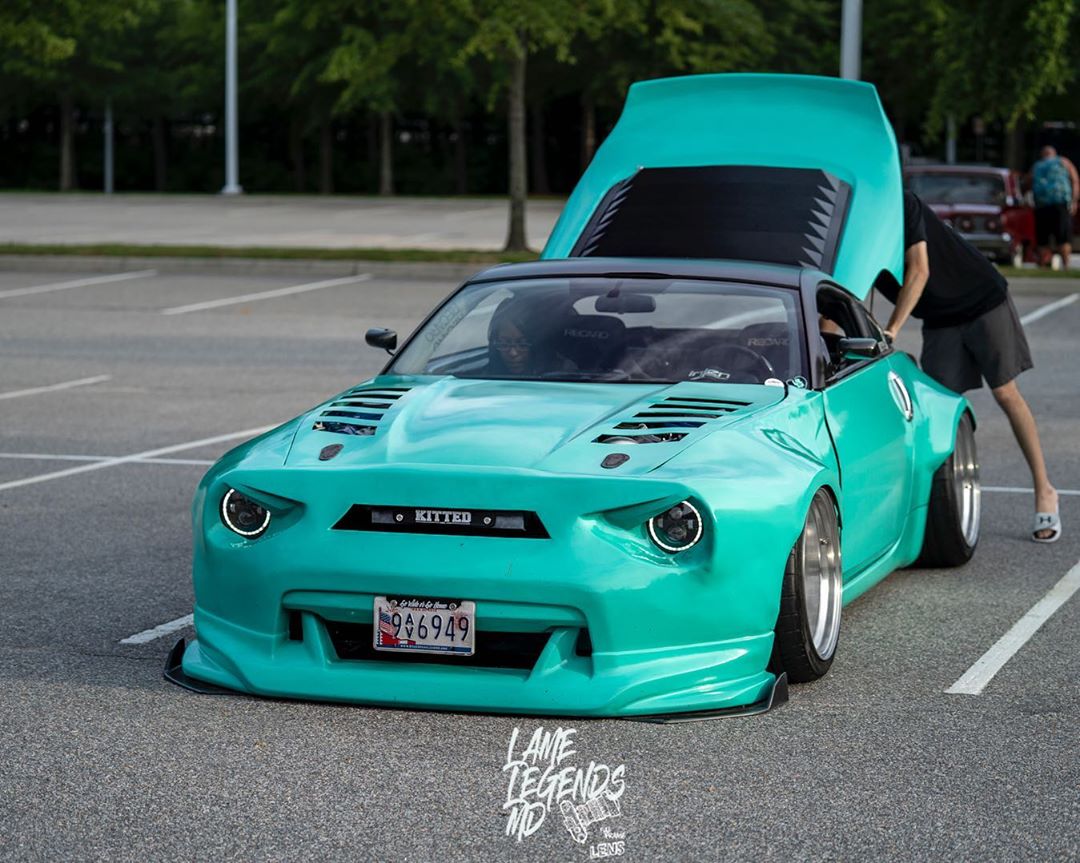